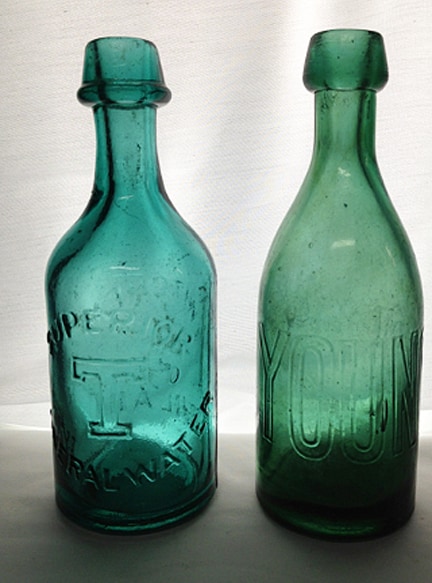 Hello Sir, my name is Daniel and I have been collecting bottles for a few years now. I have recently acquired a very nice blob top bottle that is greenish and says YOUNG.BLOOD (see above) in big lettering around the bottle. I can’t find a picture or any information about the bottle. If you know any history or value of the bottle I would highly appreciate it. Thank you, 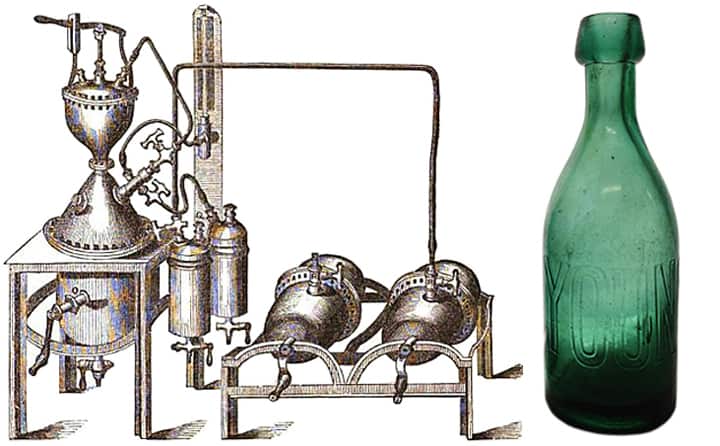 I received this intriguing e-mail above regarding a bottle embossed YOUNGBLOOD. Though I had seen the bottle before, somewhere, I was unfamiliar and certainly could not provide any immediate information as this is not my area of special interest. A little searching on the Internet led me quickly to a post on the New Jersey Bottle Forum. 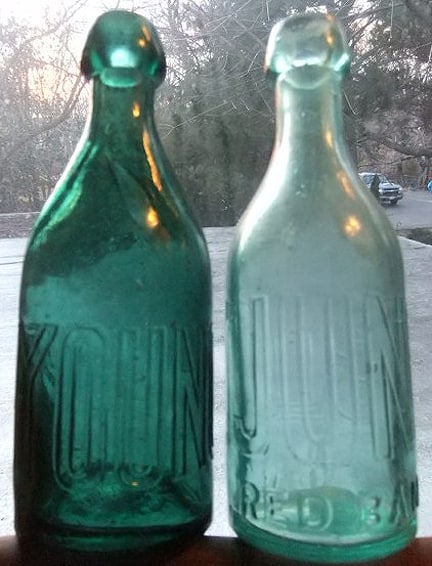 Pony soda embossed ‘Jungblut / Red Bank’. This comes from the Red Bank in Gloucester County, not the Monmouth one. Jacob Youngblood was a bottler in Philly for many years, at some point he altered his last name to Jungblut (which is just German for Youngblood), probably shortly before he moved his bottling operation across the Delaware in the 1870’s to a riverfront hotel in the Red Bank section of what would later become the town of National Park. There are a variety of ‘Youngblood’ bottles, including big block letter ponies very similar to the ‘Jungblut’ version, all believed to be from the Philly operation whether they say it or not (most don’t). Since the Jungblut pony can be found with and without the Red Bank embossing as shown in the third photo, it’s likely the ‘no town’ version is the earlier Philly version, with the mold altered after he moved – it’s clearly the same mold. A ‘Jungblut’ green squat also exists, but so far has only been found in the ‘no town’ (so probably Philly) style. The Red Bank version is fairly rare, but they’re out there – a number have been dug in the area around National Park.- Ratzilla – New Jersey Bottle Forum

Next, I knew I needed to head over to Tod von Mechow and look the bottle up on his web site Antique Soda & Beer Bottles. I found the following: 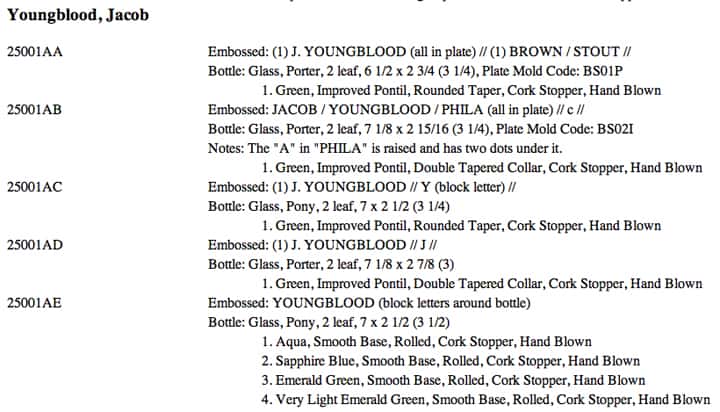 Once I determined the Philadelphia connection I was able to locate a J. Youngblood in McElroy’s Philadelphia city directory in 1856.

Now here is the part that I find especially interesting. In the same 1856 Philadelphia city directory, I found this full page advertisement for Joseph Bernhard & Co., Modern Soda, or Mineral Water Apparatus. Fascinating. I would suspect that young Jacob had business with Mr. Bernhard. 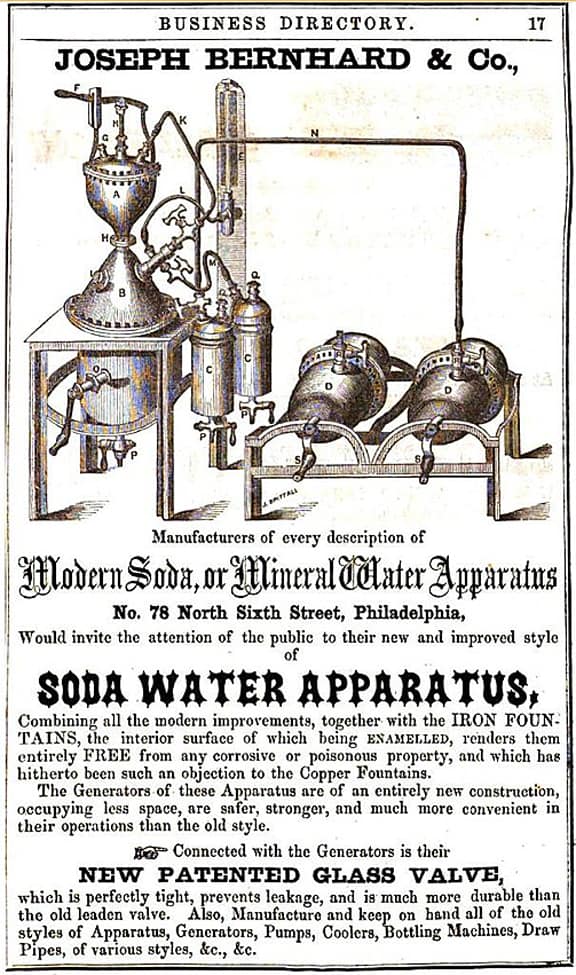 Ferdinand Meyer V is a native of Baltimore, Maryland and has a BFA in Fine Art and Graphic Design from the Kansas City Art Institute and School of Design. Ferdinand is the founding Principal of FMG Design, a nationally recognized design consultation firm. Ferdinand is a passionate collector of American historical glass specializing in bitters bottles, color runs and related classic figural bottles. He is married to Elizabeth Jane Meyer and lives in Houston, Texas with their daughter and three wonderful grandchildren. The Meyers are also very involved in Quarter Horses, antiques and early United States postage stamps. Ferdinand is the past 6-year President of the Federation of Historical Bottle Collectors and is one of the founding members of the FOHBC Virtual Museum.
View all posts by Ferdinand Meyer V →
This entry was posted in Bottling Works, History, Mineral Water, Questions, Soda Water, Technology and tagged Apparatus, Daniel Zern, Jacob Youngblood, Joseph Bernhard, Jungblut, Mineral Water, New Jersey, Philadelphia, pony, Red Bank, Soda, Tod von Mechow. Bookmark the permalink.