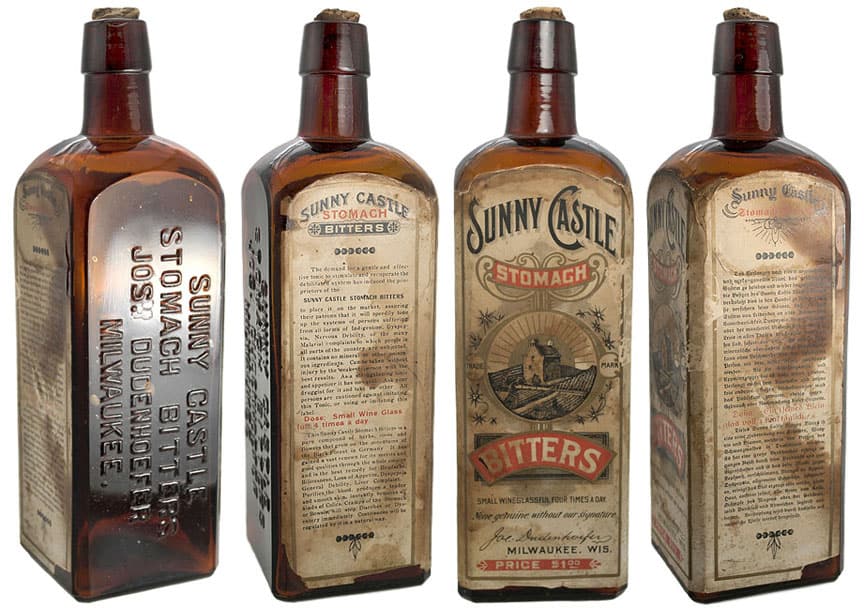 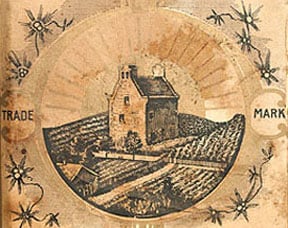 That is not the case with the Sunny Castle Stomach Bitters specimen that makes an appearance in the Glass Works Auction #97, aptly name “March Madness” auction with the coinciding NCAA basketball tournament.

I picked up my un-labeled example back in 2004 on eBay. The bottle is pictured further below and has been sitting on a shelf waiting to be explored. Of the many bitters names, this has to be on of the ‘warmest’ and more positive names that is meant to remind us of our home, family and roots. I am immediately reminded of the “Every Man’s Home is his Castle” quote and think it was a wise move by Jacob and Joseph Dudenhoefer to use a castle, fields and a sun in their advertising.

“Every Man’s Home is his Castle”

I was curious about this phrase. I seem to recall Spiro Agnew using it in the Nixon days or during his political trials. A search on the internet provides the following:

Our law calleth a man’s house, his castle, meaning that he may defend himself therein~William Lanbarde, Eirenarcha, (1588)

The house of every man is to him his Castle and Fortresse, as well for his defence against injury and violence, as for his repose.~Sir Edward Coke, Semayne’s Case (1605)

Now one of the most essential branches of English liberty, is the freedom of one’s house. A man’s house is his castle; and while he is quiet, he is well guarded as a prince in his castle….~James Otis, U.S. Patriot (1725-1783), Argument against the writs of assistance, Boston, MA, 1761. 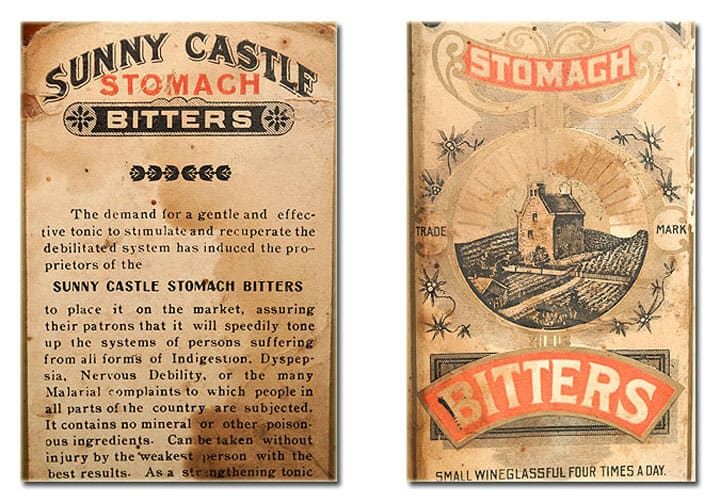 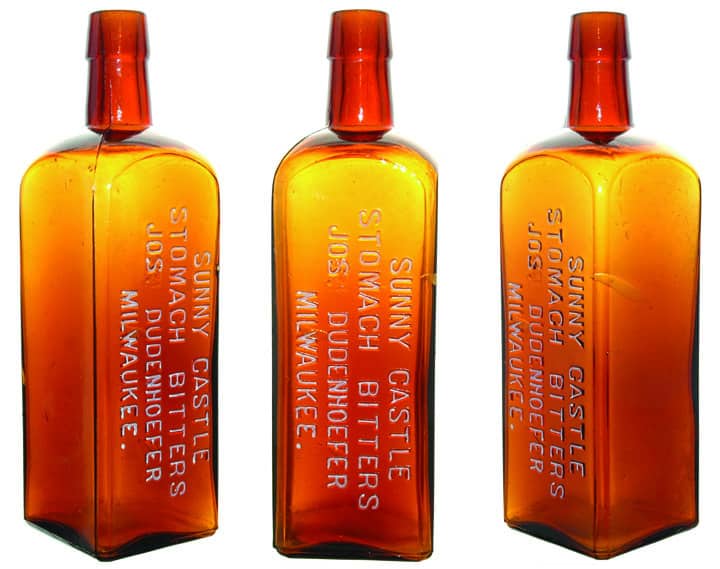 Looks like Frank Wicker over at Bottle Pickers has done a little piece on the Dudenhoefers that has been supported by Pre-Pro.com etc. Jacob Dudenhoefer was born in a village in Hesse Darmstadt, Germany in May 21, 1842. He would locate to Milwaukee in 1869. He was a traveling salesman of wholesale wine and liquors for twelve years working for the L. Fuldner Company. In 1880 he started his own business in wholesale wine and liquors. His establishment was located at 339 Grove Street and 339 First Avenue. Business name timeline listing at Pre-Pro.com note Jacob Dudenhoefer (1889-1906), Jacob Dudenhoefer Co. (1908-1918) 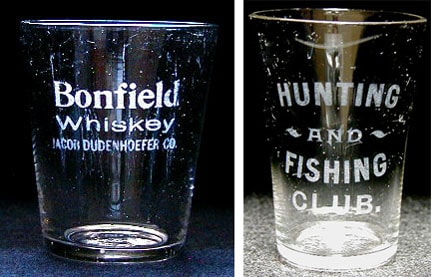 Apparently, Joseph was a brother to Jacob though I can not substantiate. He could have been a son. I am curious why ‘Joseph’ is embossed on the Sunny Castle Stomach Bitters and not Jacob. Joseph later had a son and they expanded their busing to include communal wine. 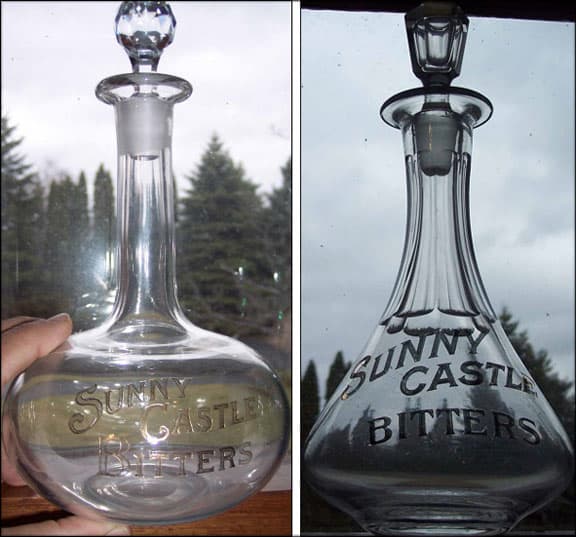 Ferdinand Meyer V is a native of Baltimore, Maryland and has a BFA in Fine Art and Graphic Design from the Kansas City Art Institute and School of Design. Ferdinand is the founding Principal of FMG Design, a nationally recognized design consultation firm. Ferdinand is a passionate collector of American historical glass specializing in bitters bottles, color runs and related classic figural bottles. He is married to Elizabeth Jane Meyer and lives in Houston, Texas with their daughter and three wonderful grandchildren. The Meyers are also very involved in Quarter Horses, antiques and early United States postage stamps. Ferdinand is the past 6-year President of the Federation of Historical Bottle Collectors and is one of the founding members of the FOHBC Virtual Museum.
View all posts by Ferdinand Meyer V →
This entry was posted in Auction News, Bitters, Liquor Merchant, Spirits and tagged bitters, Dudenhoefer, Frank Wicker, Jacob, Joseph Dudenhoefer, L. Fuldner Company, label, Milwaekee, Stomach, Sunny Castle. Bookmark the permalink.