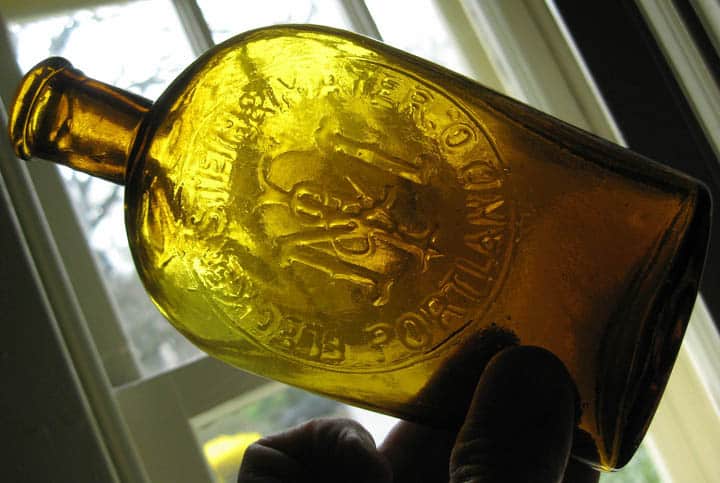 Stopping my eyes suddenly on eBay was a listing reading “Incredible and Rare Western Flask”. Well that’s a teaser enough. Then I see pictures (all four posted here) that blow me away. Of course I know immediately who the seller is as I recognize the photography style, quality, description method and yes the bottles in the background. We are talking none other than Ok Salamd (encrypted), the top-gun Western collector. Mr. Salamd describes his bottle as follows:

I do my very best to collect top examples and this is one of them. This is a pint” Fleckenstein & Mayer, ( monogram), Portland, O.” This is not the slug plate version, but a private mold with huge embossing. There are maybe 6 of these known, and this is the finest I have ever seen. The crudity is spectacular with folds, and creases as well as bubbles and very crude glass. The color is the best I have seen in over 40 years of collecting Oregon glass. Shading from pure yellow with green tone, to light golden in color, it looks pretty in any lighting. As for condition, this one is MINT. Never cleaned, and no issues whatsoever. This one has it all, and were it not for some financial issues I must attend to, it would never be offered. I am having second thoughts about selling it as I type…in any case, buyer to pay $7.85 postage in the continental US. Good Luck! westernglassaddict  100% Positive Feedback See Listing on eBay 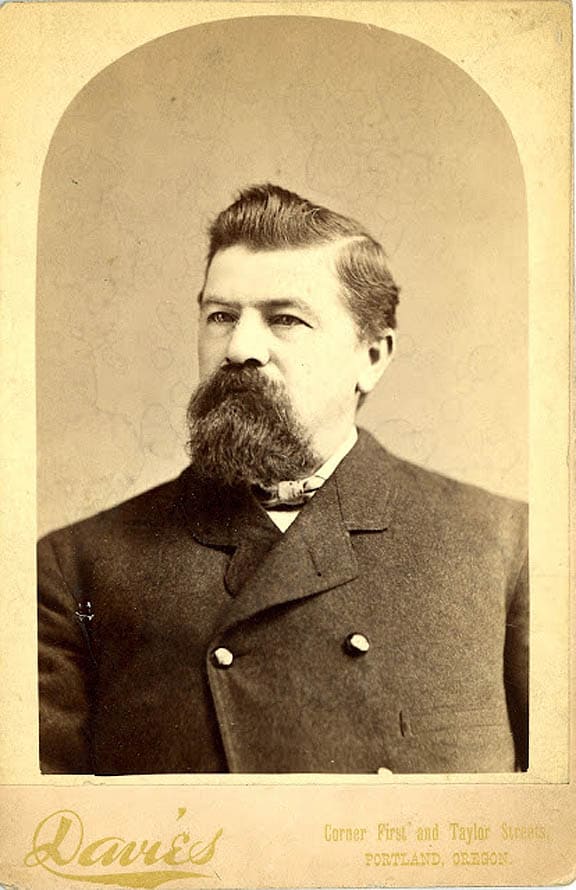 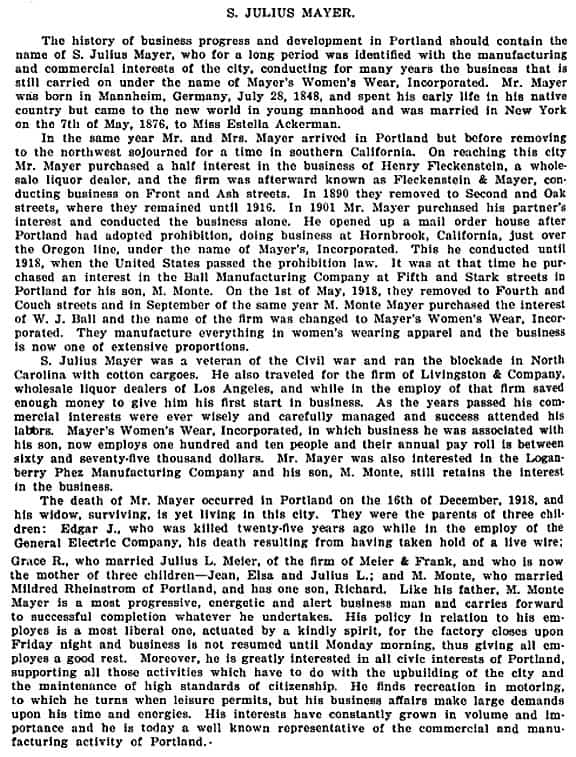 A quick Google and Bing search tells me a little on Fleckenstein & Meyer (see screen captures above) . It seems like there is quite a bit of information available, most previously corralled by the usual suspects: 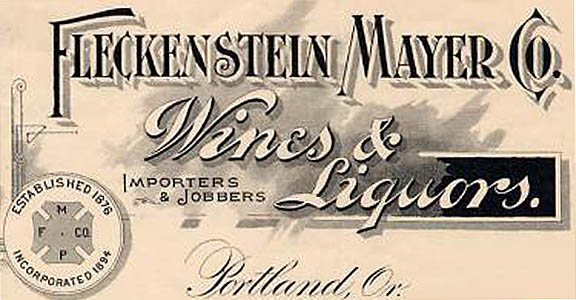 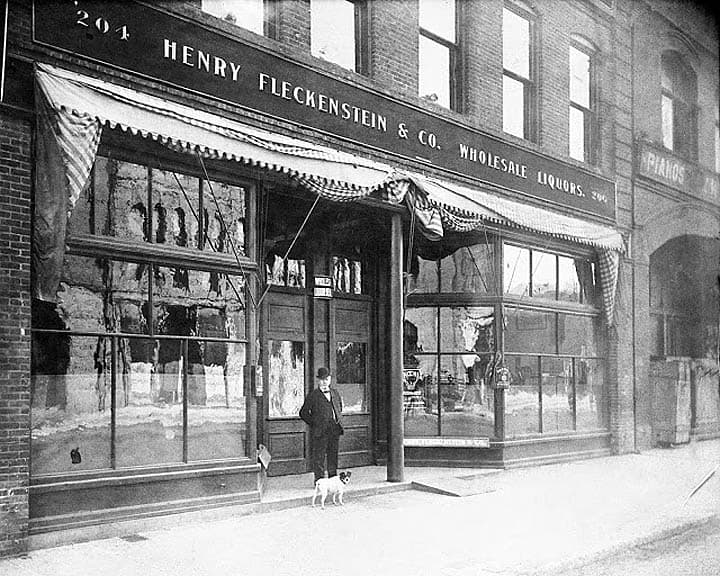 Could this be ole Henry and his dog? – image Western Whiskey Tool Top Gazette 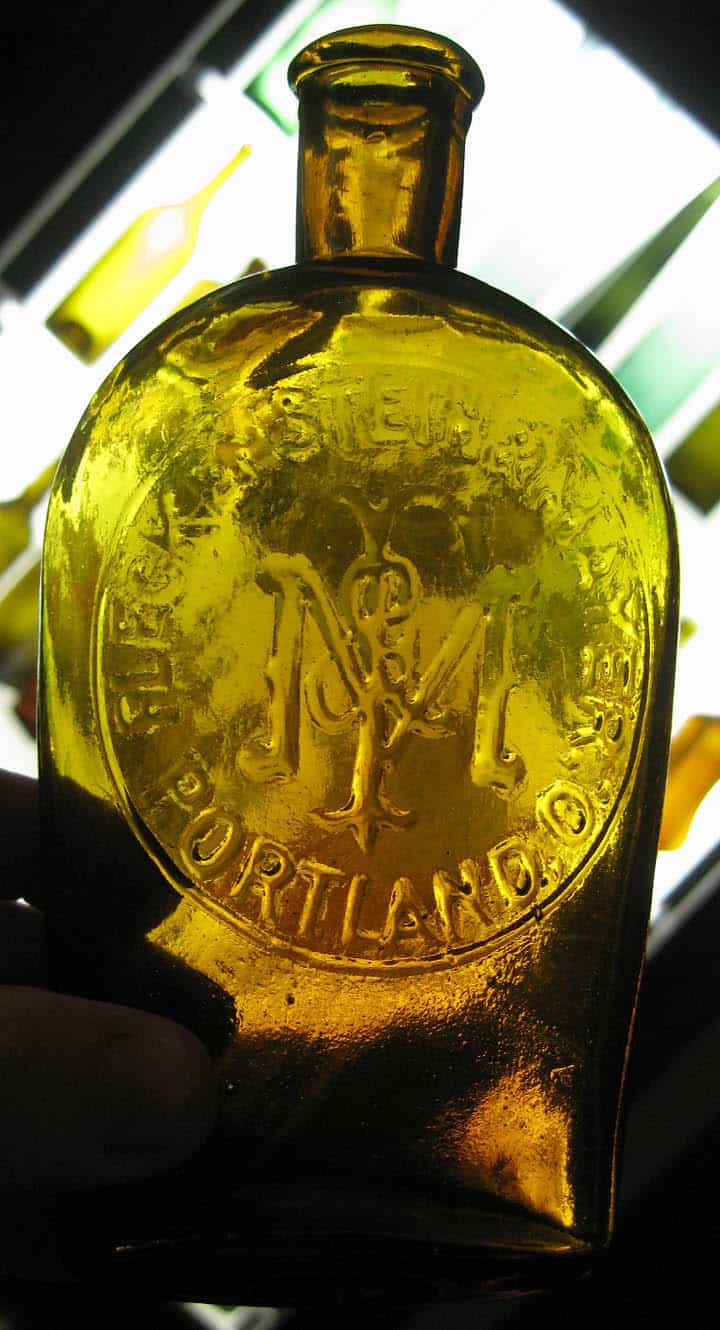 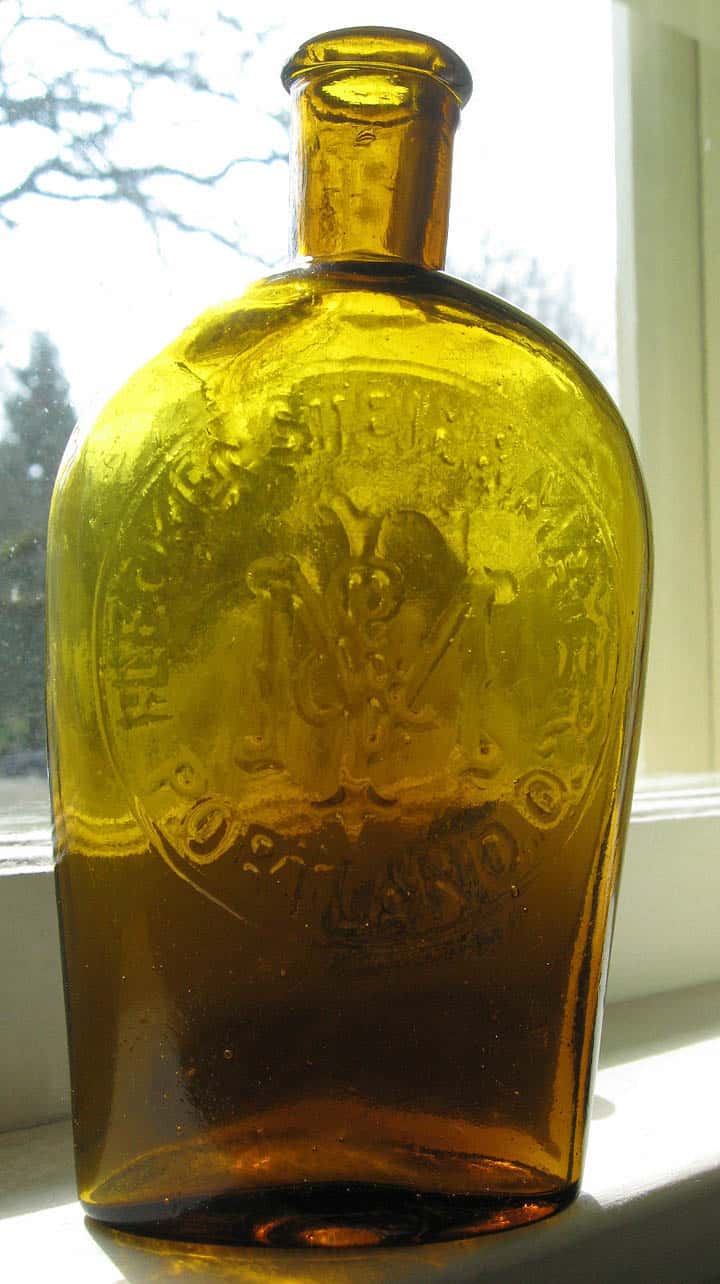 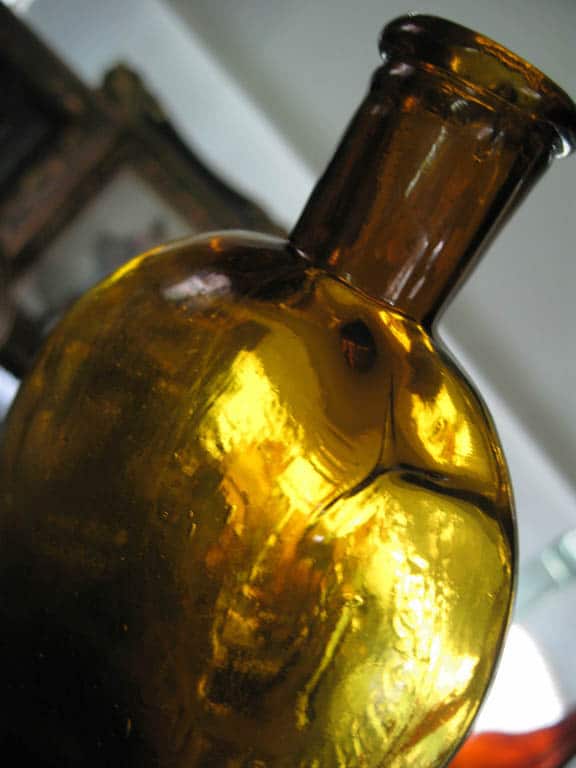 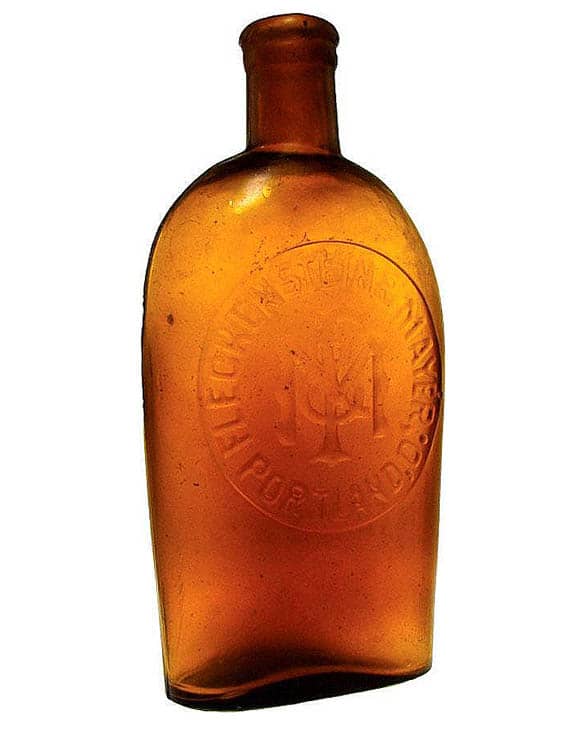 1876: Est. 1876. Business was originally established by Henry Fleckenstein but around 1876 he formed a partnership with S. Julius Mayer. Later directories show Henry to be President and S. Julius Mayer as Secretary and Treasurer. They survived under various company names and at various addresses until Prohibition in 1915. They had a branch office in Cincinnati. The company used the brand names: “Billie Taylor”, “Elk Tooth”, “High and Dry”, “Old Hickory”, “Our Monogram”, and “The Penwick.” – Pre-Pro.com

Ferdinand Meyer V is a native of Baltimore, Maryland and has a BFA in Fine Art and Graphic Design from the Kansas City Art Institute and School of Design. Ferdinand is the founding Principal of FMG Design, a nationally recognized design consultation firm. Ferdinand is a passionate collector of American historical glass specializing in bitters bottles, color runs and related classic figural bottles. He is married to Elizabeth Jane Meyer and lives in Houston, Texas with their daughter and three wonderful grandchildren. The Meyers are also very involved in Quarter Horses, antiques and early United States postage stamps. Ferdinand is the past 6-year President of the Federation of Historical Bottle Collectors and is one of the founding members of the FOHBC Virtual Museum.
View all posts by Ferdinand Meyer V →
This entry was posted in Diving, Fire Grenades, Historical Flasks, Mailbox Letters, Spirits, Stained Glass, Whiskey and tagged Fleckenstein & Mayer, Henry Fleckenstein, Julius Mayer, oregon, Portland. Bookmark the permalink.