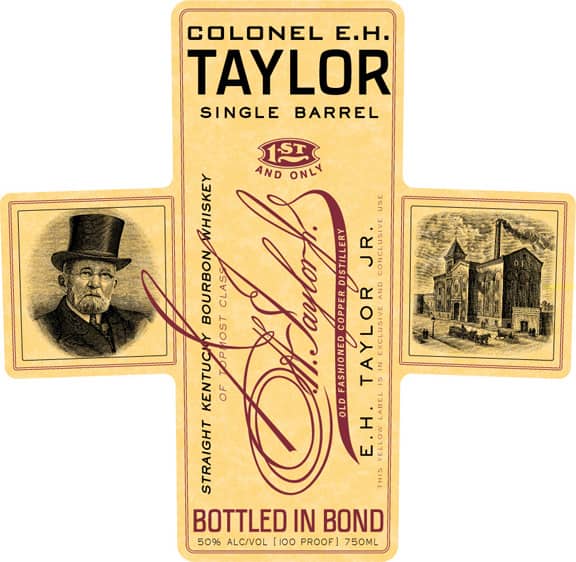 Taylor was one of Kentucky’s original Bourbon aristocrats and was called the “father of the modern bourbon industry.”

Old Taylor Straight Kentucky Bourbon Whiskey was named in honor of Colonel Edmund Haynes Taylor, Jr. (E.H. Taylor) (1830-1923). Taylor was one of Kentucky’s original Bourbon aristocrats and was called the “father of the modern bourbon industry.” He was an industry leader who greatly advanced the quality of Kentucky Bourbon and safeguarded the Bourbon label from bogus producers. Taylor supported and produced some really nice advertising all exemplifying the quality of his product. His picture, Old Taylor Castle, signature and Distillery images occurred on many pieces of advertising throughout 20th century advertising in great magazines like LIFE and LOOK.

I hope you enjoy these images as much as I have. I really enjoy looking at advertising art, typography and styles through various decades.

Read More: A question regarding an “Old Taylor” find

WITH TRUE ARTIST’S PRIDE, HE SIGNED HIS FINEST WORK 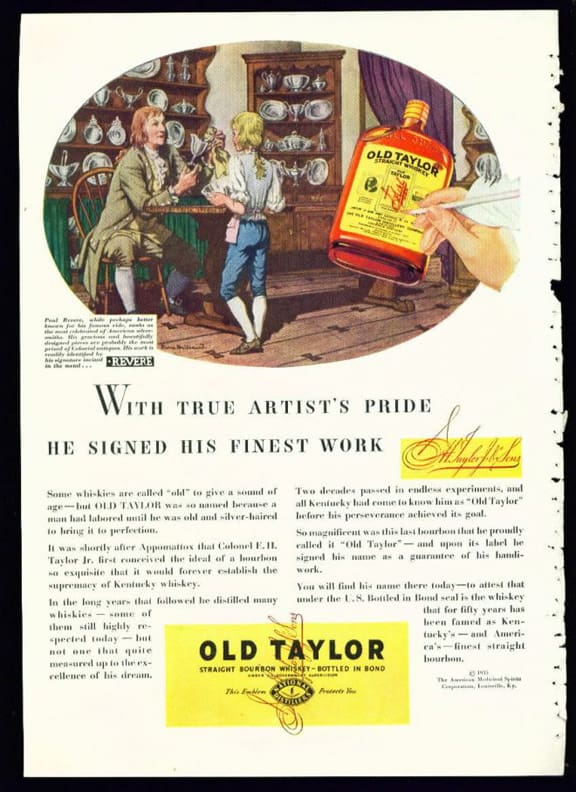 1935 Old Taylor Bourbon Whiskey advertisement with Paul Revere. Alignment with a famous American historical figure and laying the ground work for putting his signature on every label and advertisement. Both horizontal and vertical signatures present here.

Great is the work signed with a Master’s Name 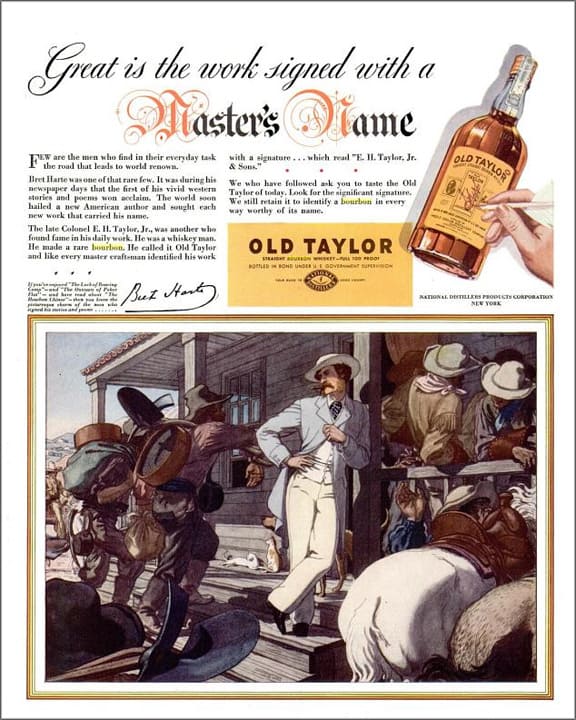 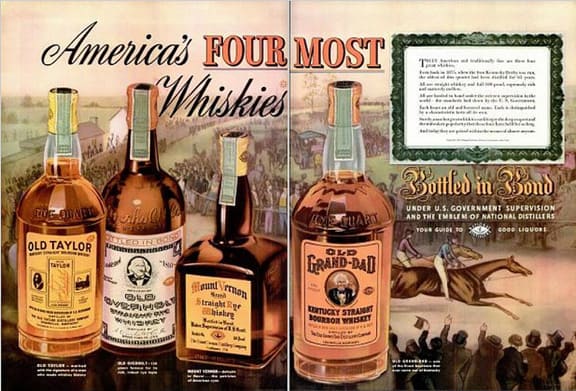 Your passport to Whiskey Quality Bears This Famous Signature 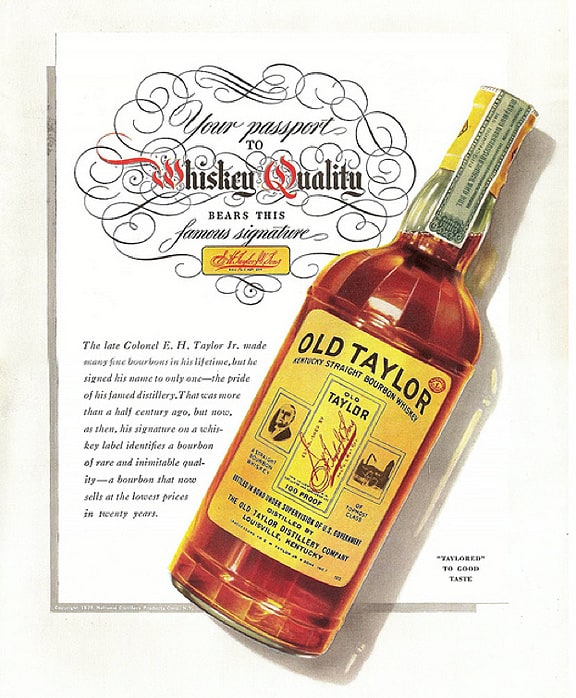 Signed with this Famous Signature

Sealed with a Government Bonded Stamp 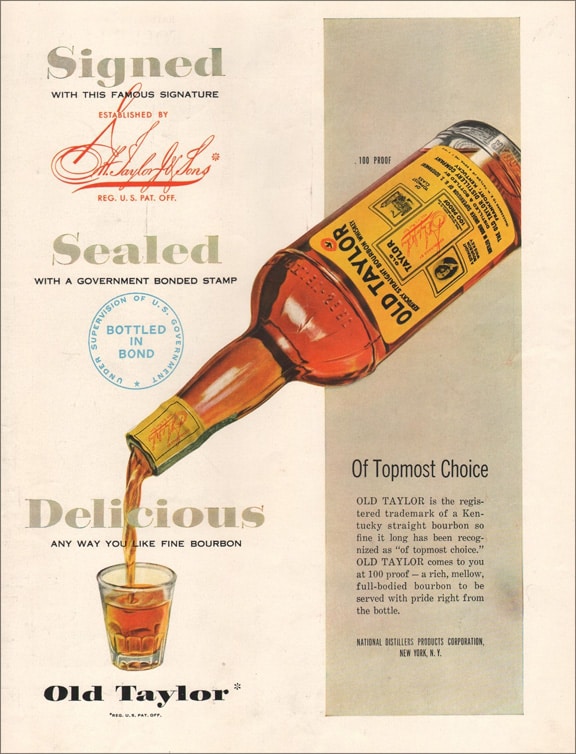 To this matchless product, as to any other masterpiece, the maker proudly signed his name. 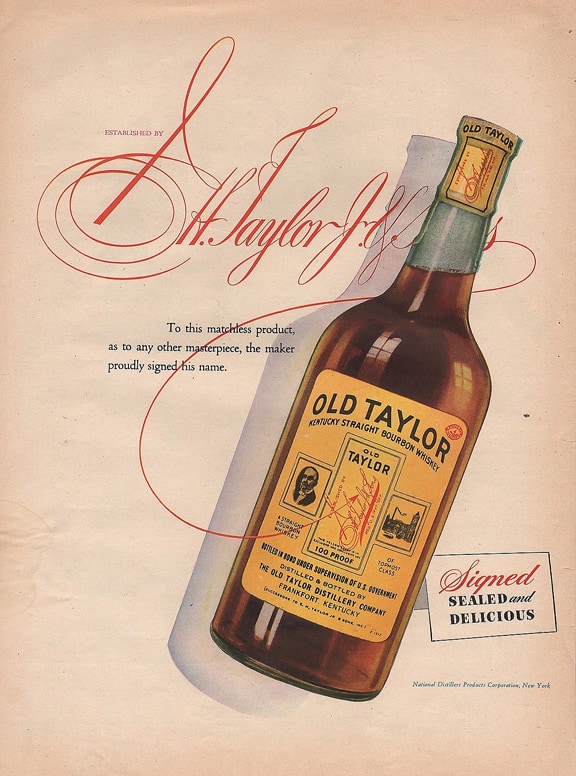 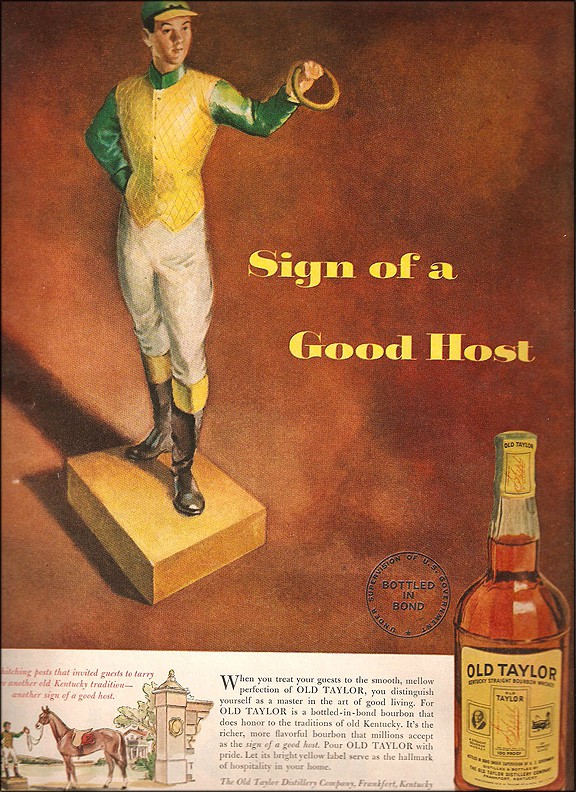 As the Taylor brand has been established, marketing the product relies less on the Taylor signature header as the signature occurs on labels and Taylor Bourbon is almost a househod name. 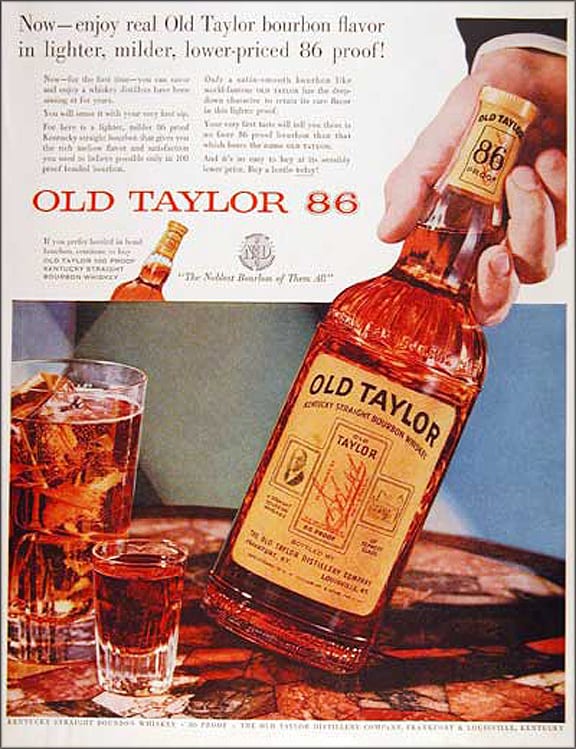 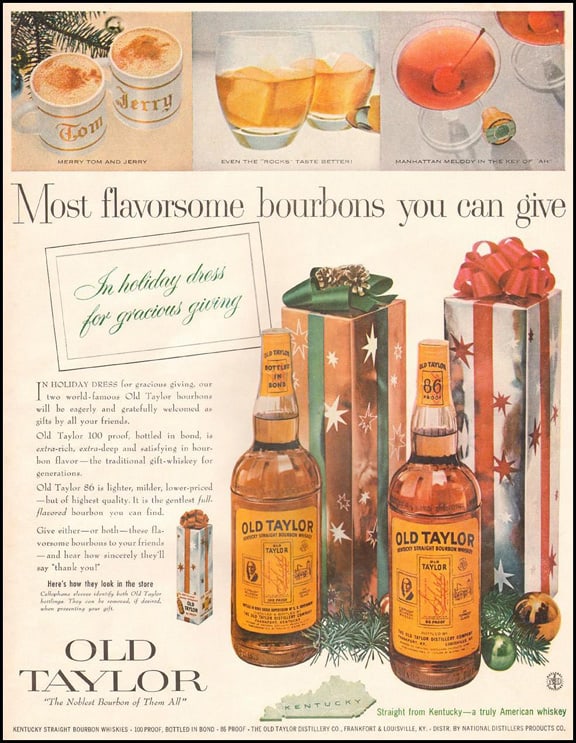 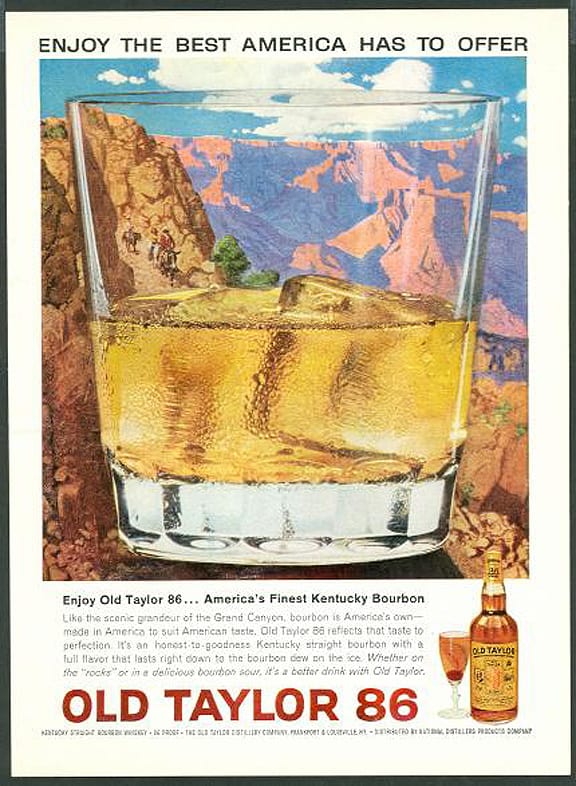 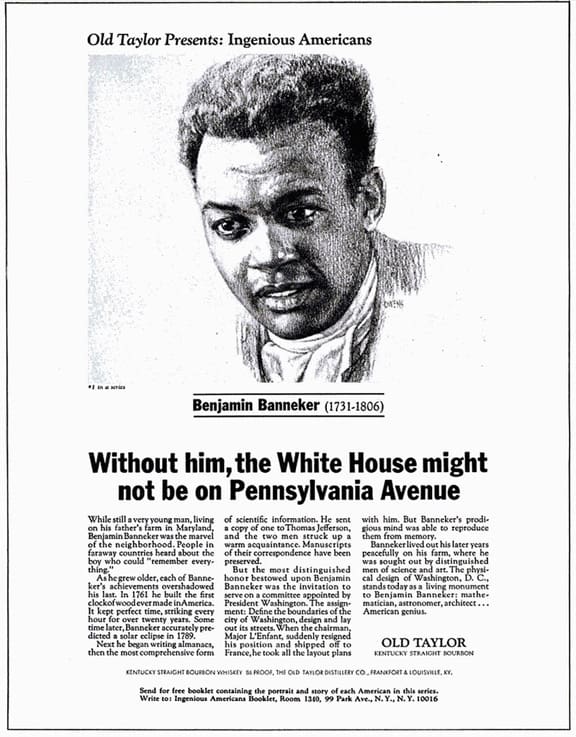 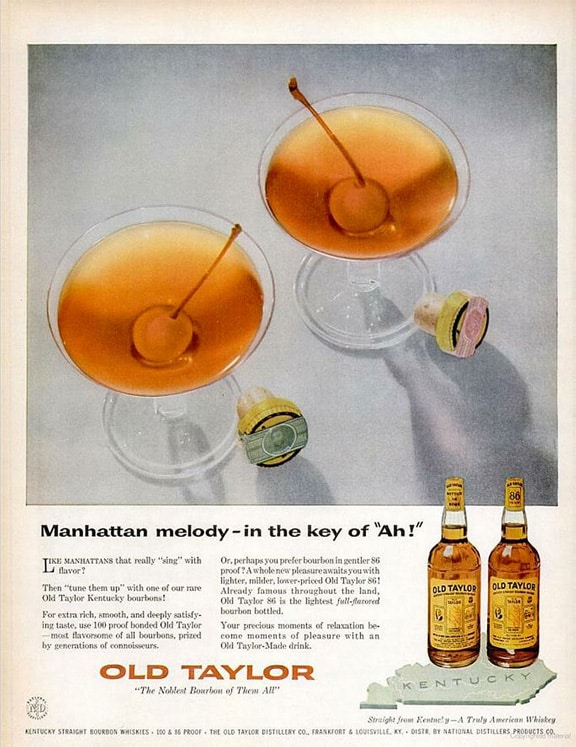 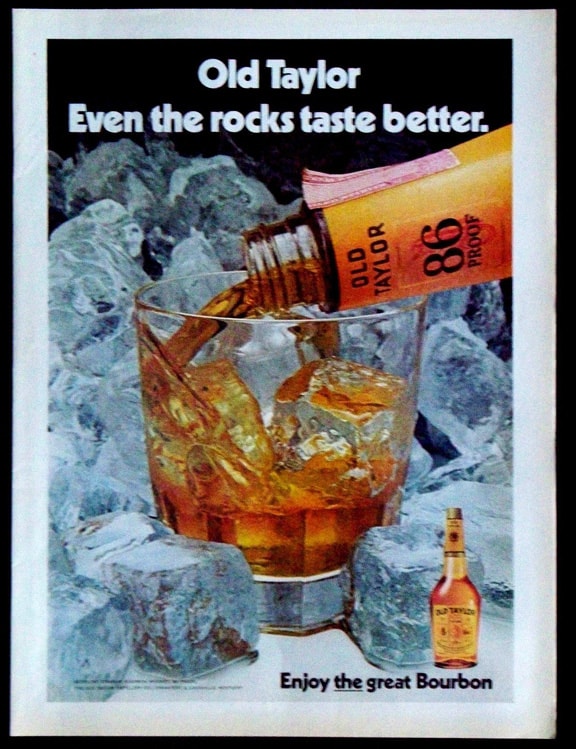 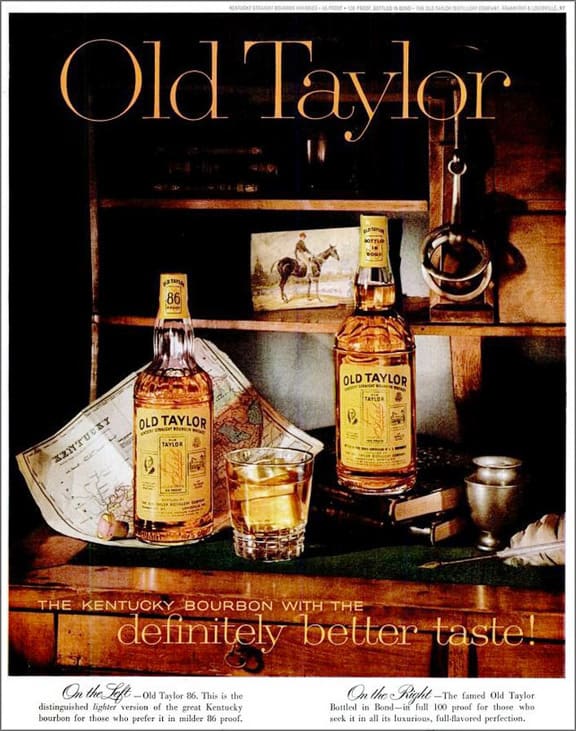 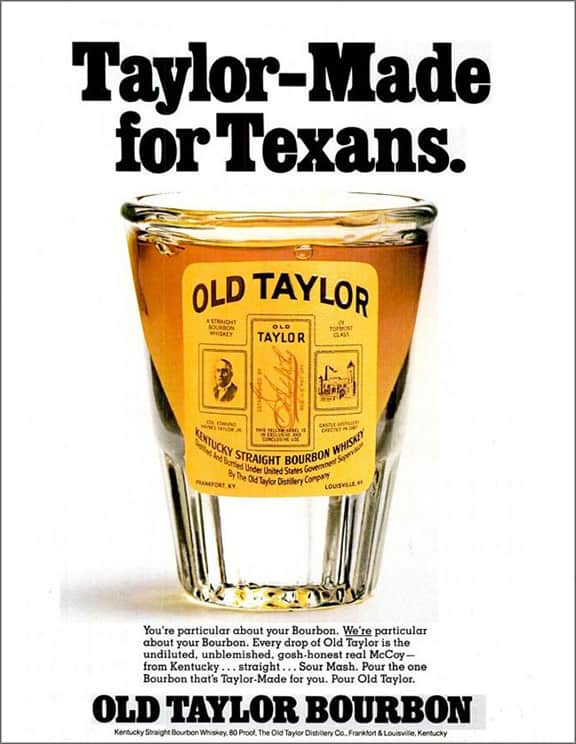 And my favorite…Old Taylor Bourbon advertisement circa 1978

Ferdinand Meyer V is a native of Baltimore, Maryland and has a BFA in Fine Art and Graphic Design from the Kansas City Art Institute and School of Design. Ferdinand is the founding Principal of FMG Design, a nationally recognized design consultation firm. Ferdinand is a passionate collector of American historical glass specializing in bitters bottles, color runs and related classic figural bottles. He is married to Elizabeth Jane Meyer and lives in Houston, Texas with their daughter and three wonderful grandchildren. The Meyers are also very involved in Quarter Horses, antiques and early United States postage stamps. Ferdinand is the past 6-year President of the Federation of Historical Bottle Collectors and is one of the founding members of the FOHBC Virtual Museum.
View all posts by Ferdinand Meyer V →
This entry was posted in Advertising, Bourbon, Ephemera, History, Liquor Merchant, Publications, Spirits, Whiskey and tagged advertising, Bourbon, Colonel, E.H. Taylor, Edmund Haynes Taylor, Jr., Kentucky, Old Taylor Castle, Whiskey. Bookmark the permalink.