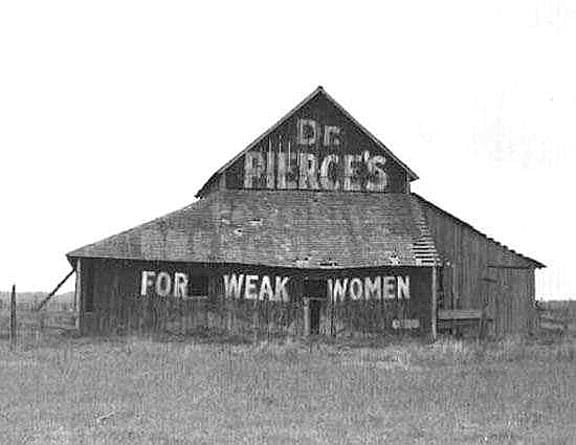 Tami Barber (certainly not a weak woman) posted a few really cool pictures and information on DR. PIERCE’S advertising on barns, including the picture above, which prompted a deeper search. Love this type of Americana. I was already fairly familiar with ROCK CITY and MAIL POUCH TOBACCO barn advertising. This was the first time that I had seen the famous Dr. Pierces advertising on barns. Anytime this doctor surfaces it is usually quite outlandish.

Tami: Ok I found this link and has quite a few photos of the barns with Dr. Pierces. I had done just a google image search after a friend had posted the original photo from here in Washington. Check out these links below. So now I wonder what other bottle related advertising was put on barns? 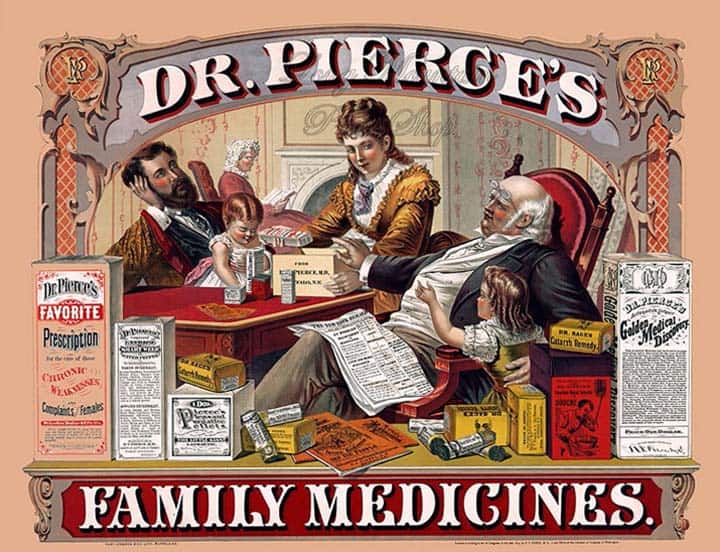 “Do You Enjoy Living?” 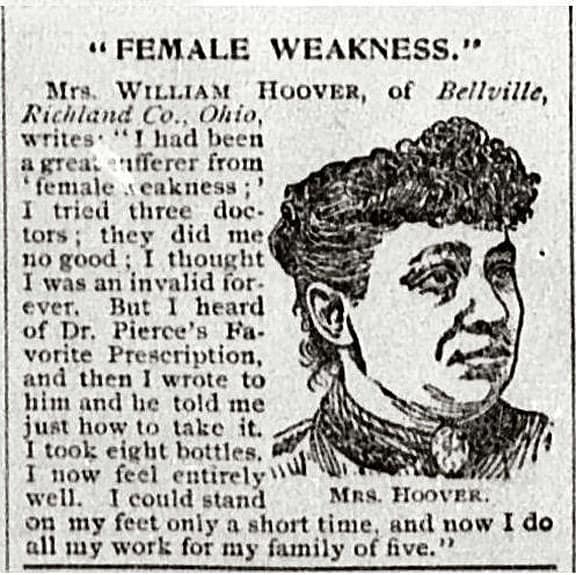 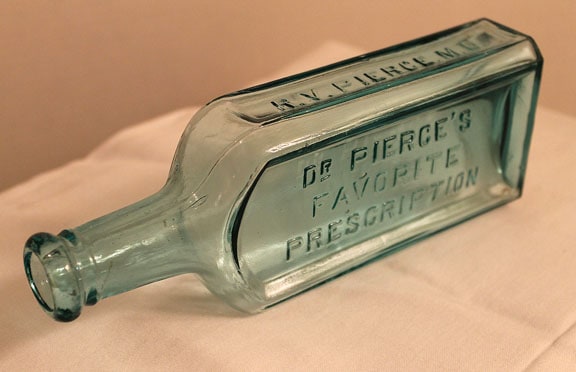 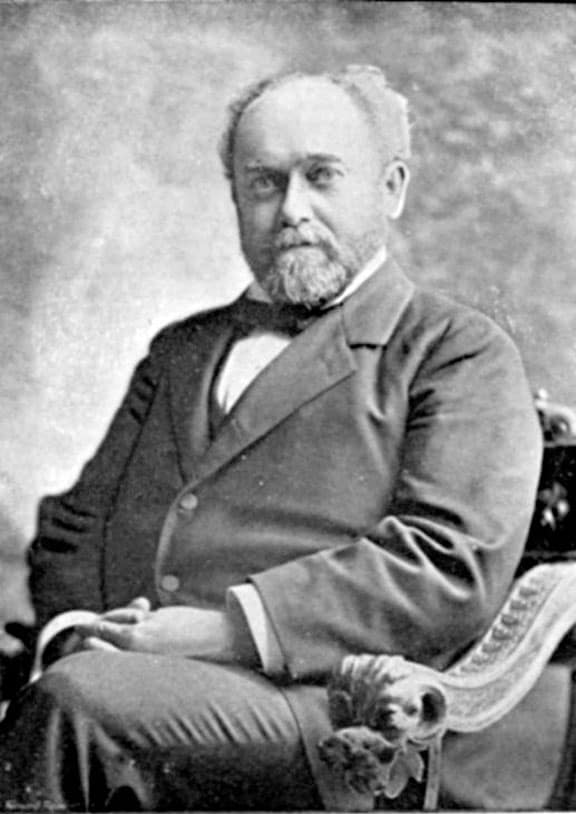 Dr. Ray Vaughn Pierce (pictured, courtesy of Project Gutenberg) was an über-quack whose laboratory in Buffalo, New York, produced millions of dollars worth of patent remedies. As well as the Pleasant Pellets, there were Dr. Pierce’s Anuric Tablets, Dr. Pierce’s Favorite Prescription, Dr. Pierce’s Vaginal Tablets, Dr. Pierce’s Extract of Smart-Weed and Dr. Pierce’s Golden Medical Discovery – a licorice-flavoured tonic that reportedly contained quinine, opium and alcohol and was advertised as giving men “an appetite like a cowboy’s and the digestion of an ostrich.”

Pierce also ran an opulent hotel for invalids, the first incarnation of which burnt down in 1881. The rebuilt hotel is said to have included among its guests the Sundance Kid and Etta Place in 1901.

advertised as giving men “an appetite like a cowboy’s and the digestion of an ostrich.” 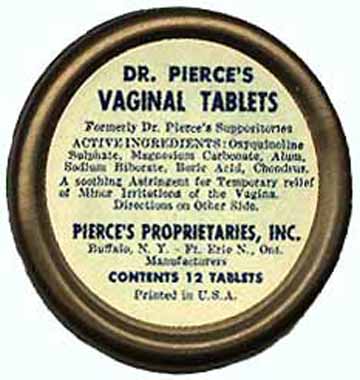 His company, the World’s Dispensary Medical Association, gave away freebies such as calendars and notebooks to advertise the products, and Pierce’s own book, The People’s Common Sense Medical Adviser in Plain English, was a vehicle for recommending his own medicines. As well as the laboratory in Buffalo, the company had a British branch at Great Russell Street, London.

Dr. Pierce was elected to the U.S. Congress in 1878 and served one term. After his death in 1914 his son, Dr. Valentine Mott Pierce, continued the business and Pierce products were still available as late as the 1970s. – The Quack Doctor

Read More: How to make an EXTRACT OF SMART WEED bottle look enticing

Here is a accumulation of images culled from the internet, some with a feminine twist. I have tried to focus on the Dr. Pierce brand but have included a few other barn advertising favorites. 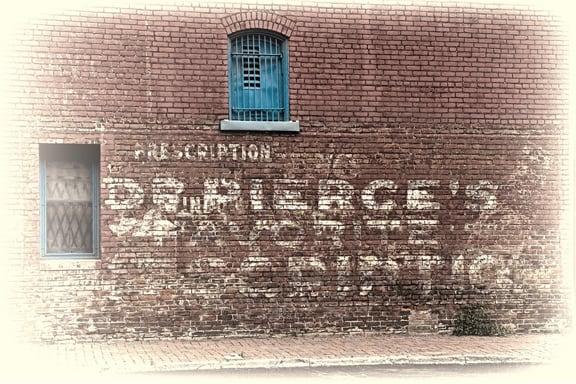 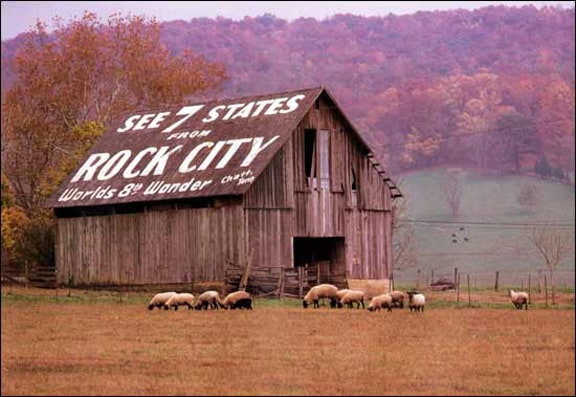 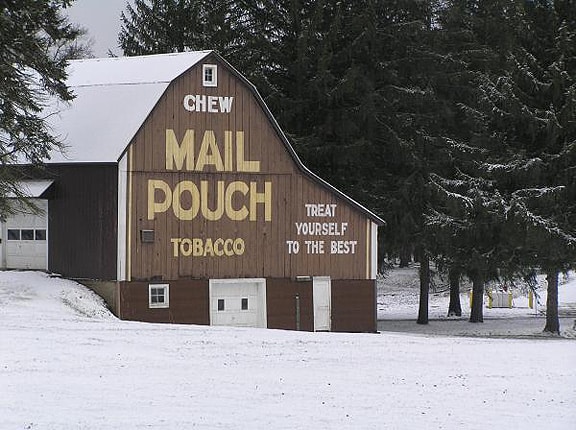 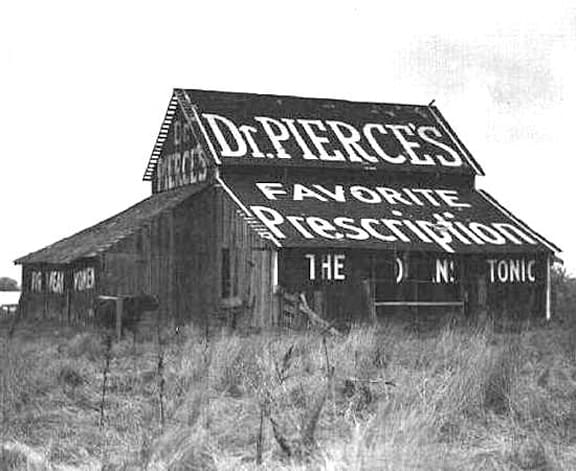 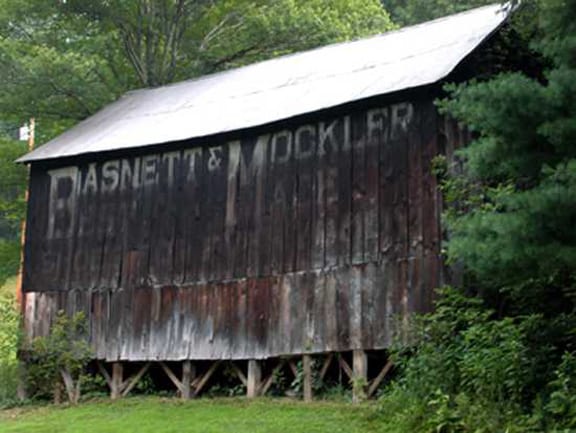 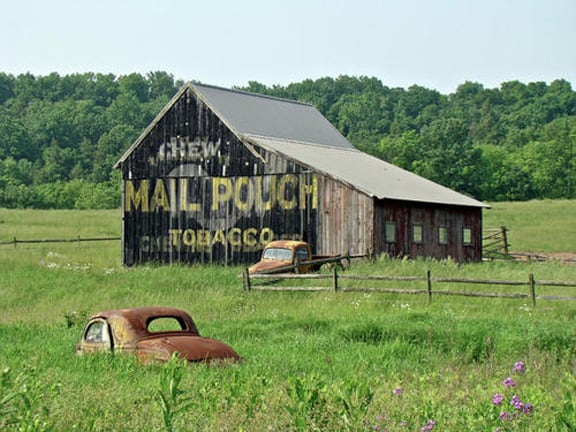 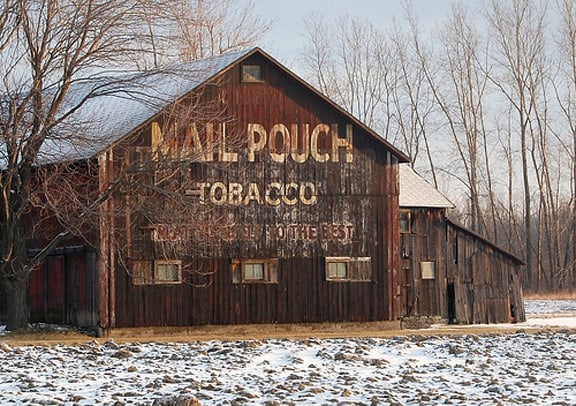 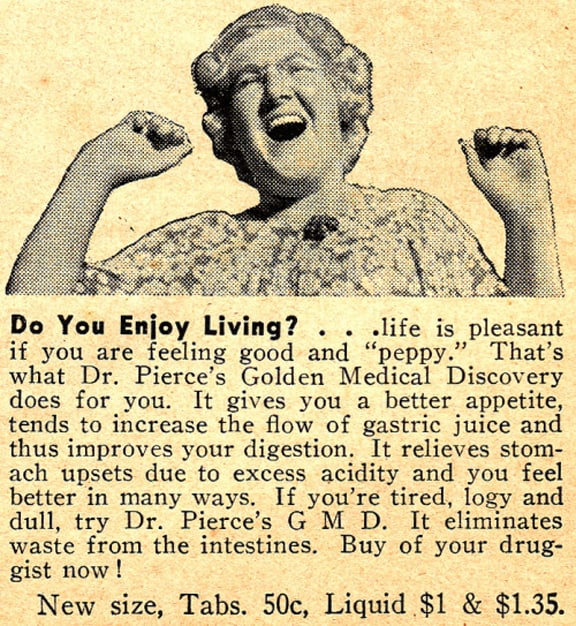 Life is pleasant if you are feeling good and “peppy.” 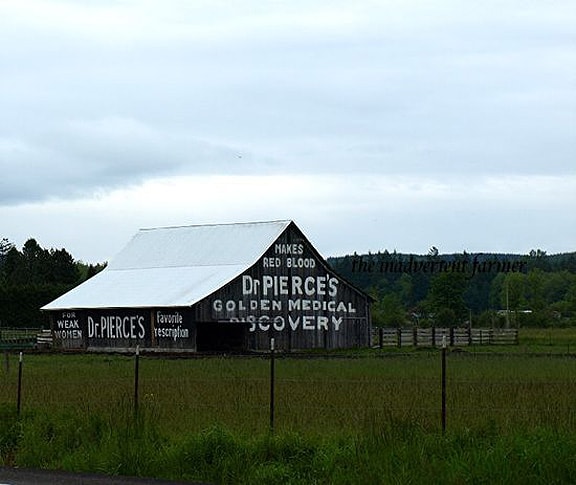 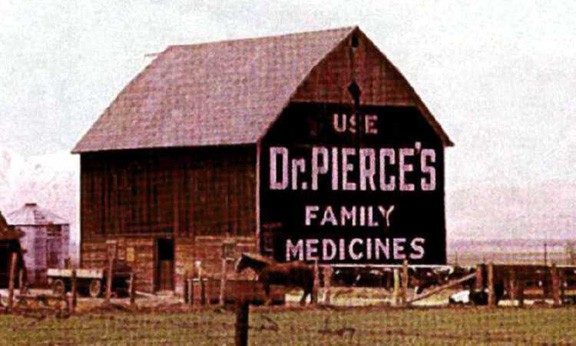 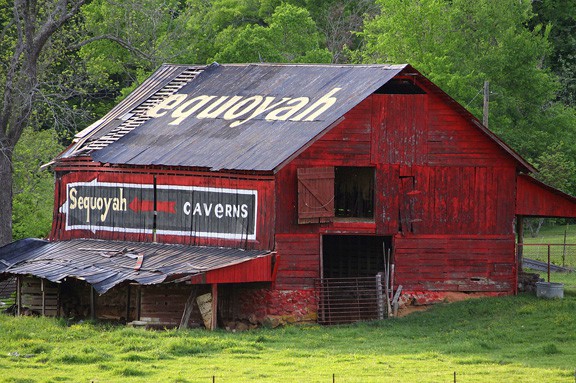 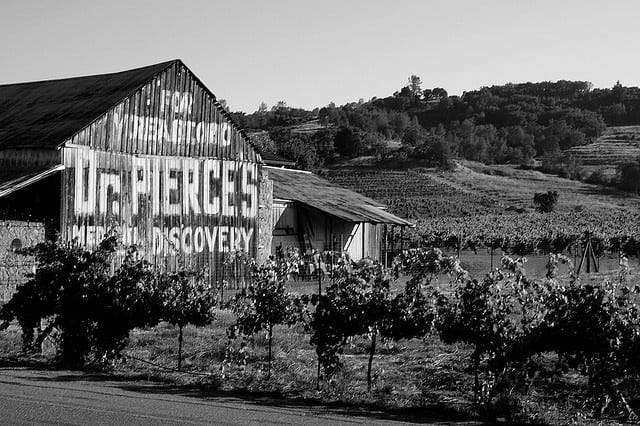 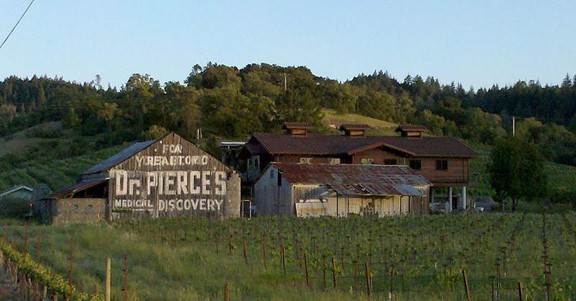 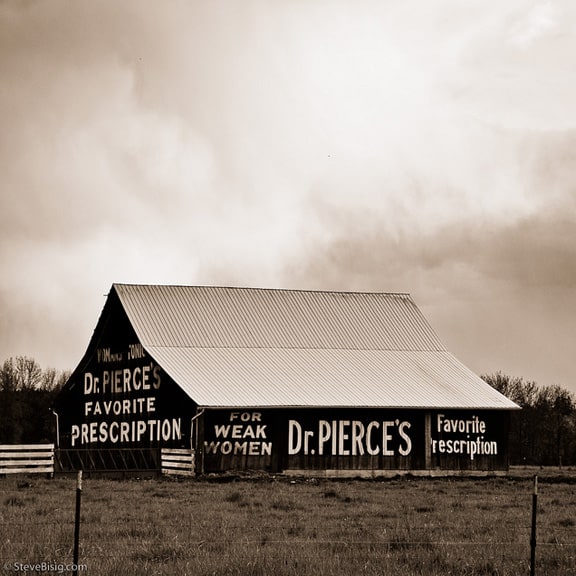 “Are You Attractive? So Often Women Lose Charm.” 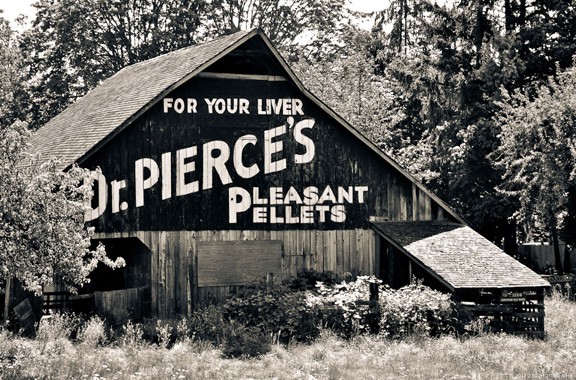 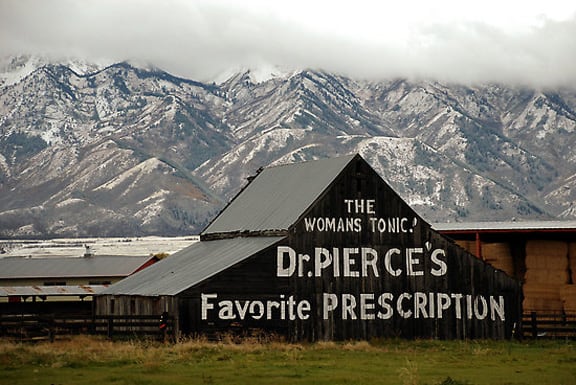 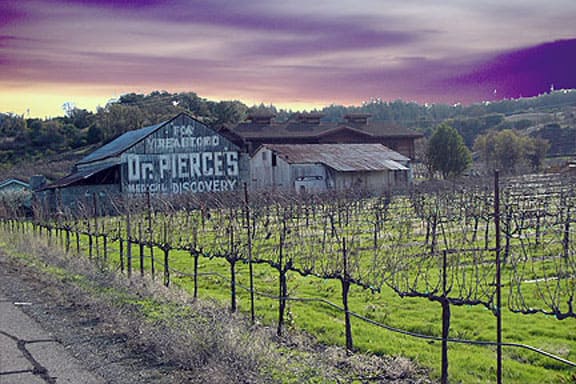 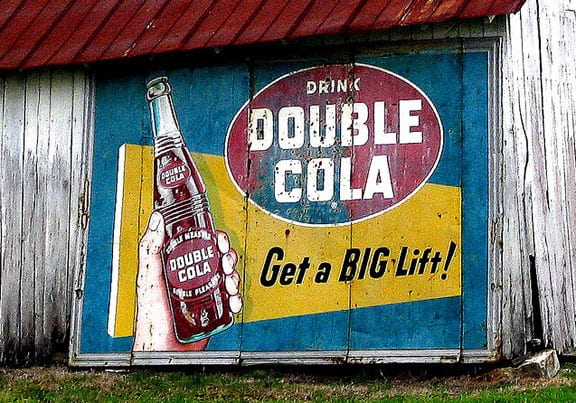 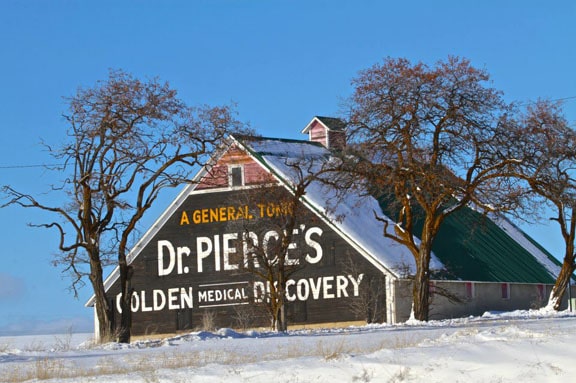