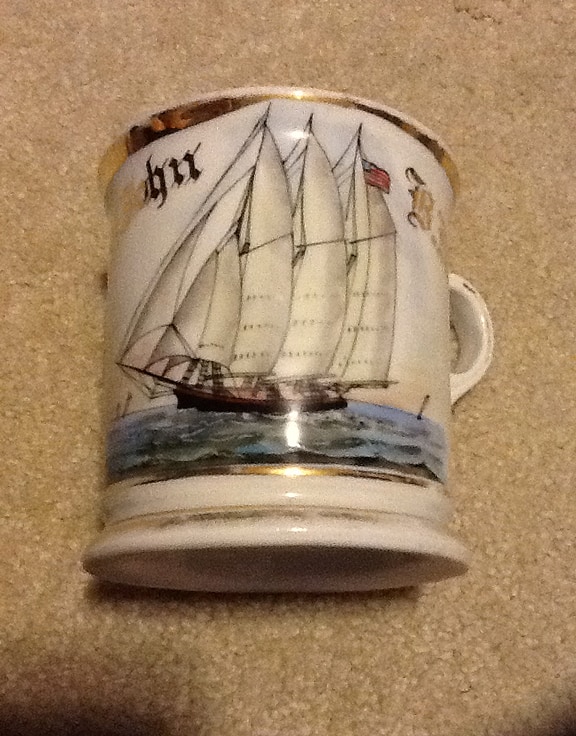 I did get an interesting barber related piece this month. We were in Florida on vacation and I got a phone call from a friend of mine who said he heard a nice occupational shaving mug turned up at a local junk store. I found out the guy who bought it was someone I knew. I called him and asked about it. He said he didn’t know anything about it other than it had the man’s name on it and a picture of a boat. He wasn’t sure if it was a reproduction or an old one. I told him I would like to see it when I got back in town. He said fine. I got back in town and met him. He pulled it out of a paper sack and showed it to me. I couldn’t believe it. He asked if it was a good one and if it was something I would be interested in. I said yes it is good and yes I am interested in it. We negotiated on a price. Now I have it in my mug rack.

PRG Question: I wonder is this John B. Morris is a descendant of the pirate John Morris?

Charles A. Smith was in the Barber’s Supplies business in Philadelphia from 1893 until at least 1910. His business was at the corner of Jefferson and Randolph. In 1895 Smith added a second location at 901 Filbert, but it only lasted a year. Starting around the turn of the century, his business was at 1219 Germantown Avenue. [Hair Raising Stories] 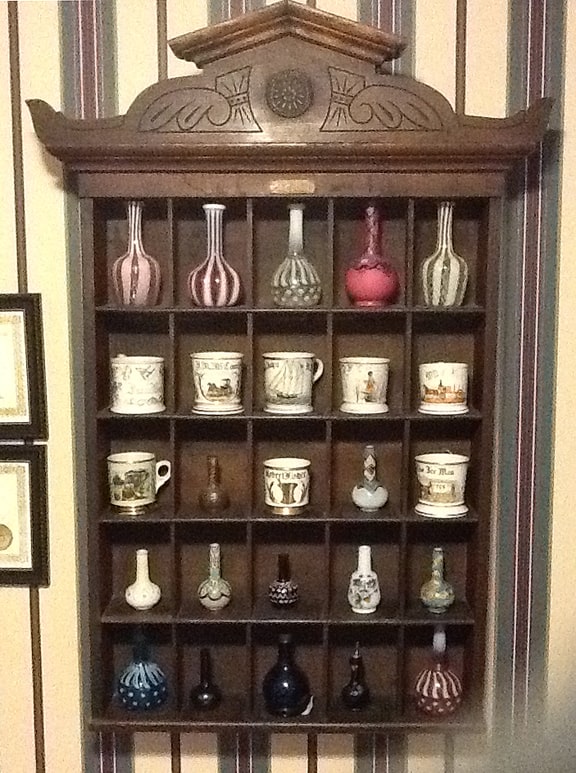 The mug rack came from a barber shop near Balston Spa, in New York State. I bought it at an Antique shop in that area along with the New York State Barbers license (see below) that was issued in 1903. 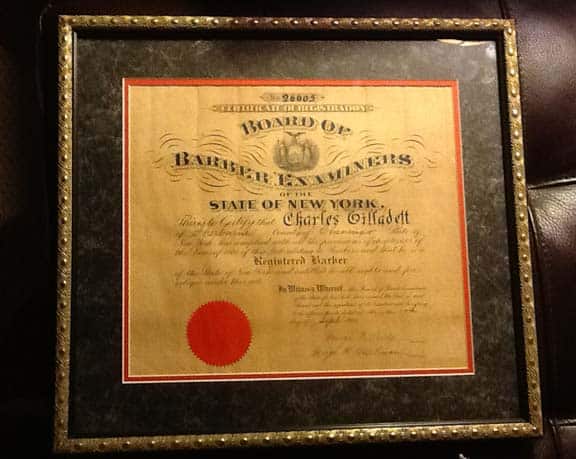 New York State Barbers license that was issued in 1903. 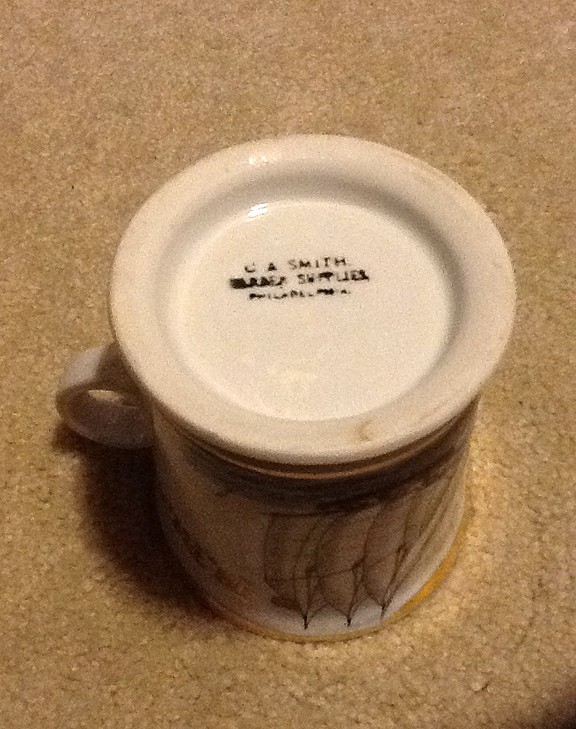 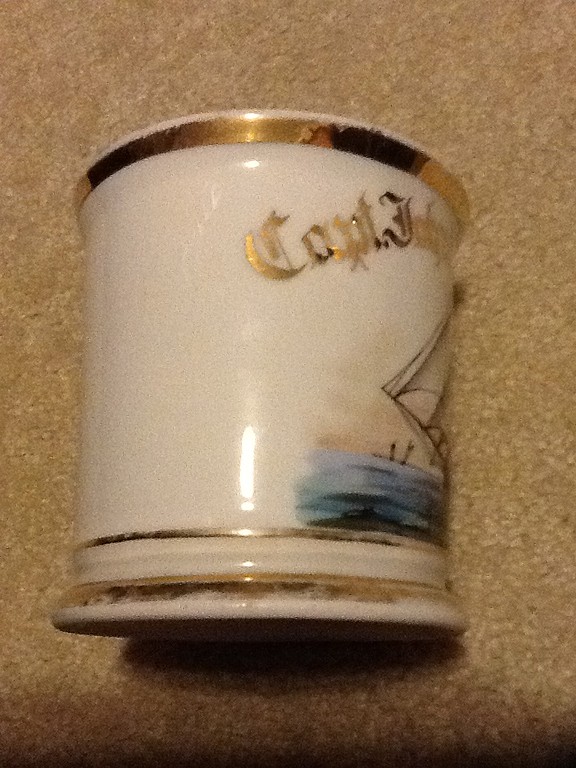 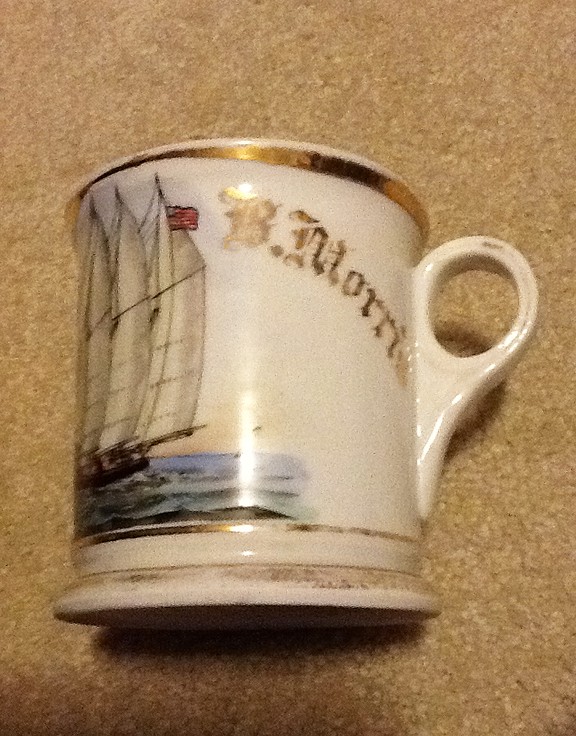 Ferdinand Meyer V is a native of Baltimore, Maryland and has a BFA in Fine Art and Graphic Design from the Kansas City Art Institute and School of Design. Ferdinand is the founding Principal of FMG Design, a nationally recognized design consultation firm. Ferdinand is a passionate collector of American historical glass specializing in bitters bottles, color runs and related classic figural bottles. He is married to Elizabeth Jane Meyer and lives in Houston, Texas with their daughter and three wonderful grandchildren. The Meyers are also very involved in Quarter Horses, antiques and early United States postage stamps. Ferdinand is the past 6-year President of the Federation of Historical Bottle Collectors and is one of the founding members of the FOHBC Virtual Museum.
View all posts by Ferdinand Meyer V →
This entry was posted in Barber Bottles, Collectors & Collections, FOHBC News, Hair Tonics, History, Shaving Mugs and tagged barber, Captain, Charles A. Smith, Jack Hewitt, John B. Morris, Mug, Philadelphia, Shaving, ship. Bookmark the permalink.