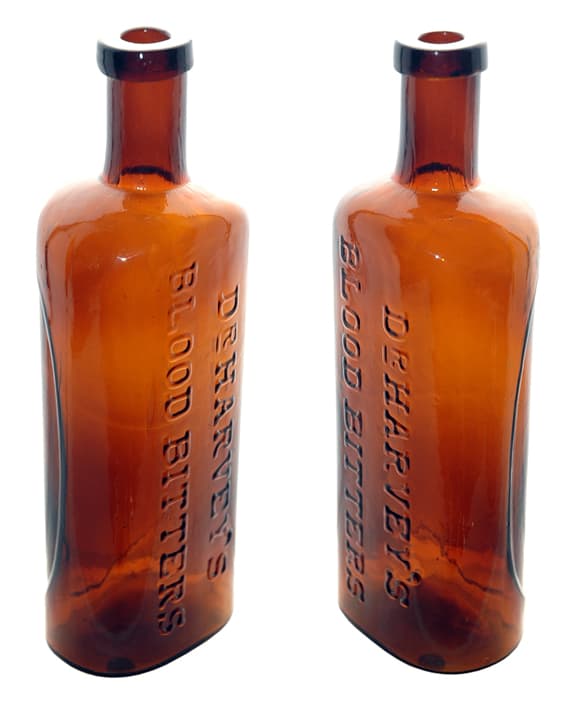 Rick Simi, Bruce Silva and some of the western bitters boys have been discussing the Dr. Harvey’s Blood Bitters of late over at Western Bitters News. This includes the origin, proprietor, name, dates, locale, embossed typography etc. I thought I would supplement their posts with some more imagery, information and thoughts from my camp. I have a hunch that the A.A. Dudley they reference in San Francisco is also the A.A. Dudley, or a relative of A.A. Dudley, the Real Estate Broker in Stockton, California. Bruce Silva (read below) and Eric McGuire (read further below) have also been tracking an Avery Averill Dudley.

“I picked up Arey’s trail in the Oakland directories. He is listed as a “chemist” in 1889, residing at 1222 Franklin in Oakland. No mention of him for a few years until he resurfaced in 1903 as a Real Estate salesman living at 166 E. 15th St. There is no mention of him in society directories and no record of him ever having a telephone. This indicates that he lived a pretty meager lifestyle and, like the used car saleman of today, was an opportunist always looking for greener pastures. Pastures that seem to elude him.”

There is also a William Harvey (England) who is famous for having accurately described how blood circulates around the body and the part the heart plays in this circulation. Could the name be referencing this Harvey? I have put some information on him below too.

Label: A tonic for improving the appetite, invigorate the system, regulating the bowels, liver and kidneys, curing dyspepsia, heartburn and sour stomach. 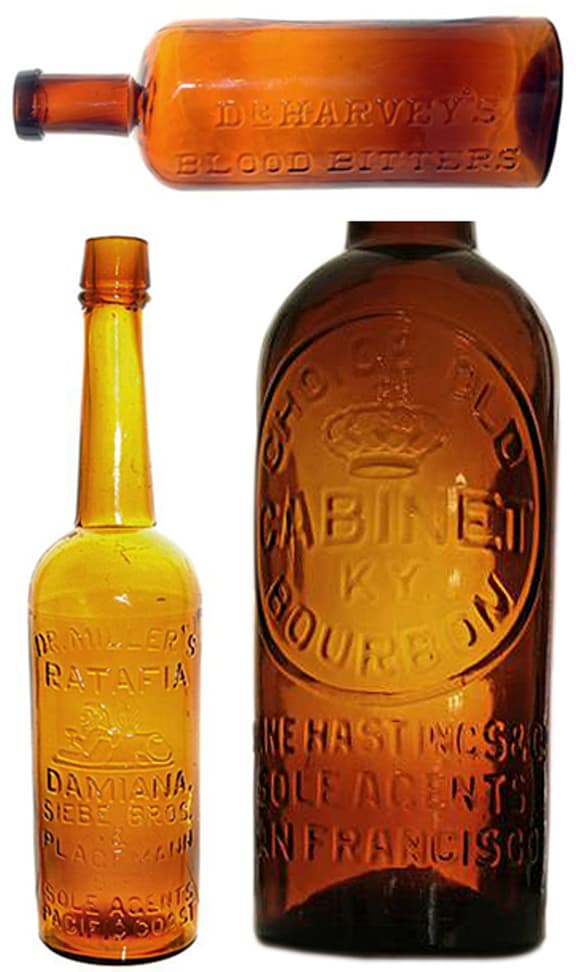 Some nice detective work looking at typographic treatment of the fonts and specifically the ‘R’ – “The right leg on the large R appears to be a clone to the Dr. Millers Ratafia and the small Harvey’s R duplicates the early glop top Choice Old Cabinet” – Bruce Silva

“I have not had a chance to respond to this interesting dialogue re Dr. Harvey’s Blood Bitters. The answer is – I am not sure if this is a Western product, but if I had to bet, I would say it is. Perhaps because, as Miller’S Extra noted, “if you own one, it is western”. The focus has been on A.A. Dudley, solely because he stated he was the agent in his ad. I think that by the time Dudley had control of the product it is simply too late for him to have produced the embossed bottles. The latest date that I can confirm the curved leg “R” on western bottles is about 1883.

Webster Bros., of Fresno, was advertising the sale of Harvey’s Blood Bitters as early as February 1885. I have not been able to find a run of Fresno papers for the early 80’s but it wouldn’t surprise me if ads could be found there.

By the way, Avery Averill Dudley was born in 1866, so he would have been 19 years old in 1885. Just a little too young for all this unless another family member was involved in the preparation of the bitters. Dudley did go south by 1900, as he was a notary public in Stockton in that year. Then things really changed for him. His wife left him in 1901 and he remarried (2nd wife was Rafaella, born in Mexico) in Arizona the following year, where he had his only child, Clyde Arey Dudley. He also turns up in Tonapah, Nevada, and Utah and a few other places in the West that I don’t recall at the moment.

I find no reference to Harvey’s Blood Bitters anywhere else in the world. It is possible the product started in England, but I do think the bottle is most probably of San Francisco origin. Just no solid evidence at this time. The best bet is for some of you south valley guys to hit the microfilm for Fresno newspapers during the first half of the 1880’s. In the meantime I will just enjoy my bottle, which, by the way also came from Tulare County – probably dug in Visalia.“ 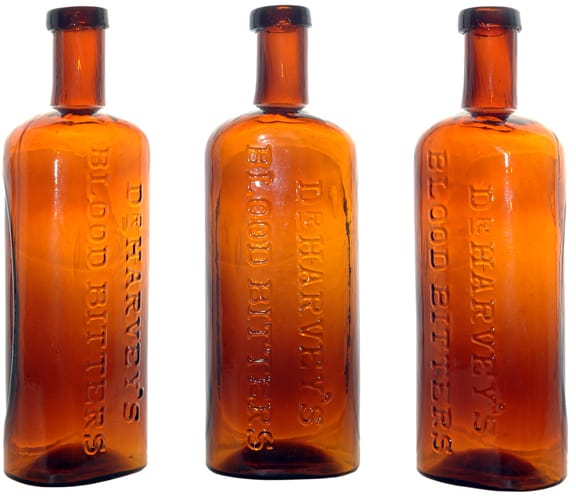 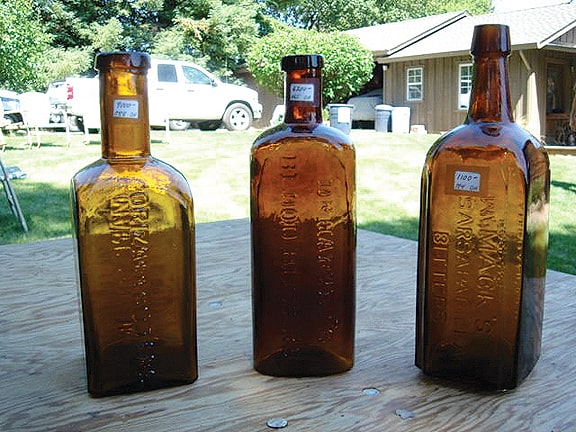 From Western Bitters News: At a recent impromptu gathering (2008) three western bitters were offered for sale. At center is one of two or three known examples of the DR. HARVEY’S / BLOOD BITTERS in a medium amber coloration with a square collar applied top. Oval in shape with some slight stippling to the glass surface, the asking price on this was $6,200. This bottle is now part of the Meyer collection. 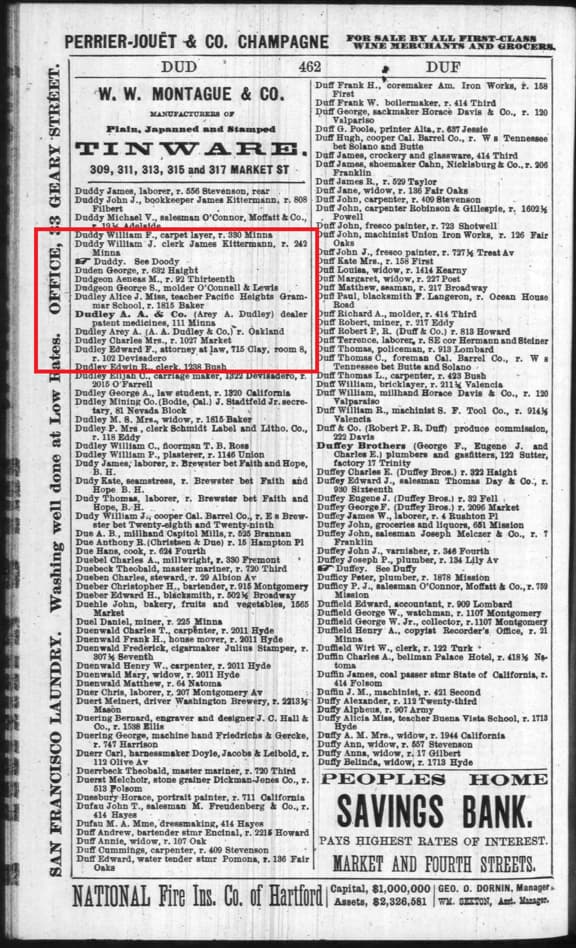 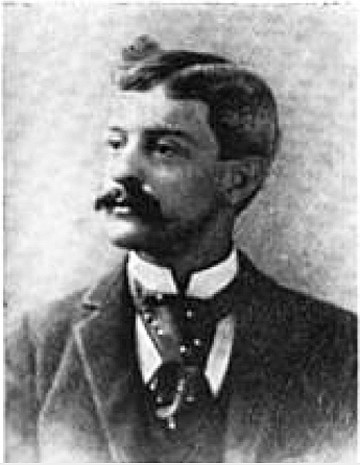 I was able to locate Dudley & Co., the apparent sole proprietor of Dr. Harvey’s Blood Bitters in San Francisco almanacs starting in 1889, the same year as his now infamous advertisement appeared. – Kentucky Gem

Could this be the HARVEY of Harvey’s Blood Bitters? Reference: Zephyrus 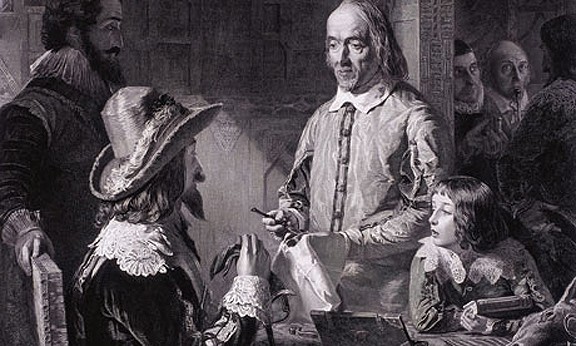 ‘Unrivalled at the table’ … William Harvey demonstrating the circulation of the blood to Charles I. Photograph: Getty Images/Universal History Archive

William Harvey is famous for having accurately described how blood circulates around the body and the part the heart plays in this.

William Harvey was born on 1 April 1578 in Folkestone, Kent, England the eldest of several children. He was to all accounts an enthusiastic student and studied at Gonville and Caius College, University of Cambridge from where in 1597, he was awarded his BA degree. Harvey then went on to study at the University of Padua in Italy, which was, at that time considered to be the foremost medical school. While at Padua, Harvey studied under the celebrated anatomist Hieronymus Fabricius who was already involved in research on the existence of valves in veins. Working with Fabricius helped to stimulate Harvey’s interest both in anatomy and the work of Andreas Vesalius.

He received his medical degree in 1602 and subsequently returned to England where he started to practice medicine in the London area. He took up appointment as a doctor at St Bartholomew’s Hospital, London and became a fellow of the Royal College of Physicians. The success he was to achieve as one of the most prestigious doctors in London gained him the post of physician to King James 1, whom he attended during his final illness. Harvey then became physician to his son Charles 1.

Between 1615 to 1656 Harvey worked as Luleian lecturer for the Royal College of Physicians.

In 1615 Harvey began to work on his theory that blood circulated around the body. In 1616 he discussed in his lectures the role the heart played in propelling the blood in a circular course. In order to prove his theory, Harvey carefully studied the motion of the heart and blood in live animals. He also carried out dissections on the bodies of executed criminals.

Through this careful and detailed research, Harvey was able to disprove Galen’s theory that the body made new blood as it used up the old. He proved that the heart was a pump which forced the blood around the body through arteries and that the blood was returned to the heart through the veins.

In 1628 Harvey formally presented his findings in his publication – Anatomical Essay on the Motion of the Heart and Blood in Animals, in which he explained his methods and gave an accurate account of how the circulatory system functioned.

Harvey’s work received a great deal of criticism from his contemporaries who distrusted any ideas which contradicted the established theories of Galen, especially as Harvey’s findings brought into question the widespread practice of blood letting. This was carried out because it was believed illness was sometimes caused by there being too much blood in the system. At first Harvey’s ideas were so controversial some of his patients left his practice. However, despite many still not believing his findings his fame spread throughout Europe and his contribution became widely recognised.

Harvey also undertook research in embryology the results of which were published in – Essays on the Generation of Animals.

In 1654 Harvey was elected president of the College of Physicians. Unfortunately because failing health, Harvey had to reject the honour.

Ferdinand Meyer V is a native of Baltimore, Maryland and has a BFA in Fine Art and Graphic Design from the Kansas City Art Institute and School of Design. Ferdinand is the founding Principal of FMG Design, a nationally recognized design consultation firm. Ferdinand is a passionate collector of American historical glass specializing in bitters bottles, color runs and related classic figural bottles. He is married to Elizabeth Jane Meyer and lives in Houston, Texas with their daughter and three wonderful grandchildren. The Meyers are also very involved in Quarter Horses, antiques and early United States postage stamps. Ferdinand is the past 6-year President of the Federation of Historical Bottle Collectors and is one of the founding members of the FOHBC Virtual Museum.
View all posts by Ferdinand Meyer V →
This entry was posted in Bitters, History, Medicines & Cures, Questions and tagged A.A. Dudley, bitters, Blood, Bruce Silva, california, circulation, Dr. Harvey, England, Eric McGuire, London, Rick Simi, San Francisco, San Joaquin Valley Railway, Stockton, William Harvey. Bookmark the permalink.