While working on the recent post on the great SWIFT’S SYPHILITIC SPECIFIC (SSS), I came across some wonderful vintage posters from an international community of graphic designers. These posters are quite spectacular. 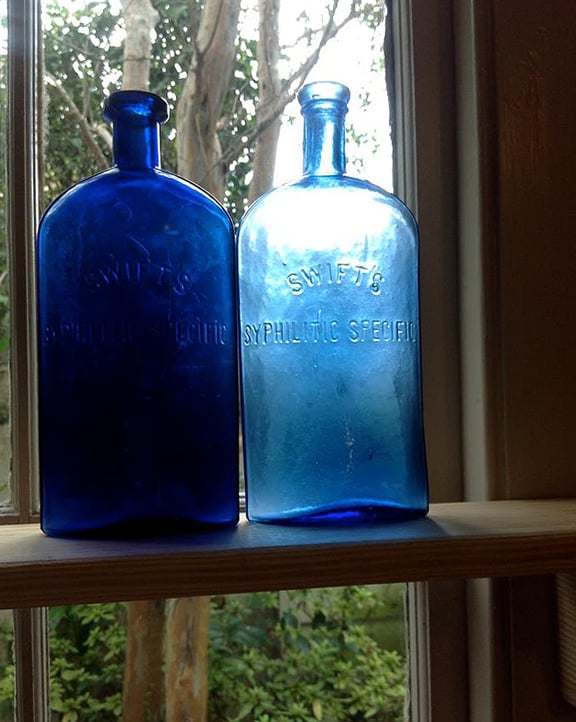 SWIFT’S SYPHILITIC SPECIFIC in natural light. The dark one is 8 1/2″ tall. The lighter one has a longer neck, 9″ tall. Close inspection suggests these two bottles were from the same mold. Fairly dramatic difference in the blue – c.a. (Charles Aprill) 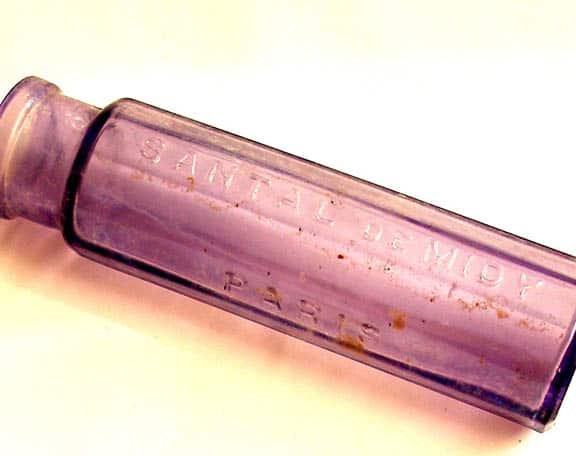 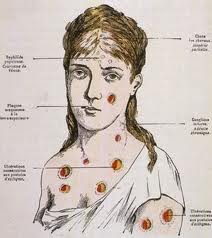 The signs and symptoms of syphilis vary depending in which of the four stages it presents (primary, secondary, latent, and tertiary). The primary stage classically presents with a single chancre (a firm, painless, non-itchy skin ulceration), secondary syphilis with a diffuse rash which frequently involves the palms of the hands and soles of the feet, latent syphilis with little to no symptoms, and tertiary syphilis with gummas, neurological, or cardiac symptoms. It has, however, been known as “the great imitator” due to its frequent atypical presentations. Diagnosis is usually via blood tests; however, the bacteria can also be visualized under a microscope. Syphilis can be effectively treated with antibiotics, specifically the preferred intramuscular penicillin G (given intravenously for neurosyphilis), or else ceftriaxone, and in those who have a severe pencillin allergy, oral doxycycline or azithromycin.

Syphilis is believed to have infected 12 million people worldwide in 1999, with greater than 90% of cases in the developing world. After decreasing dramatically since the widespread availability of penicillin in the 1940s, rates of infection have increased since the turn of the millennium in many countries, often in combination with human immunodeficiency virus (HIV). This has been attributed partly to unsafe sexual practices among men who have sex with men, increased promiscuity, prostitution, and decreasing use of barrier protection. 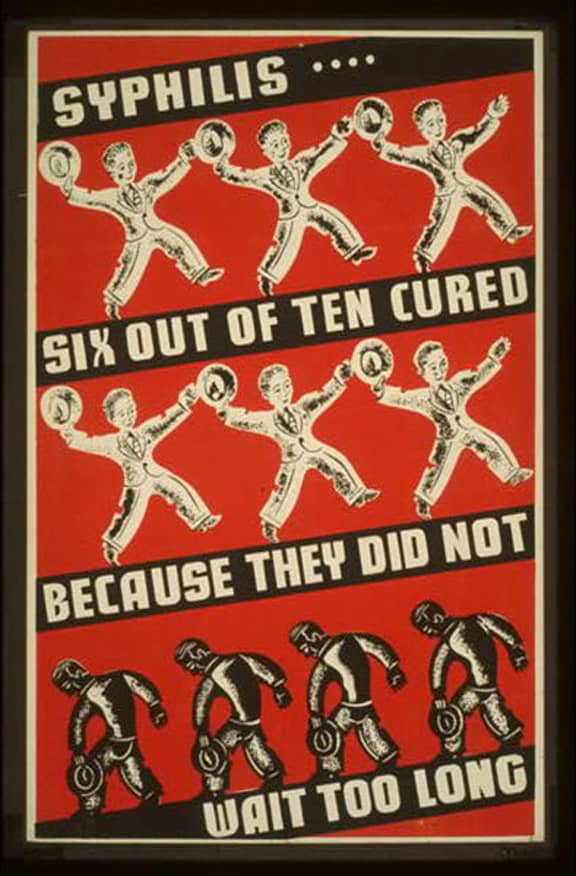 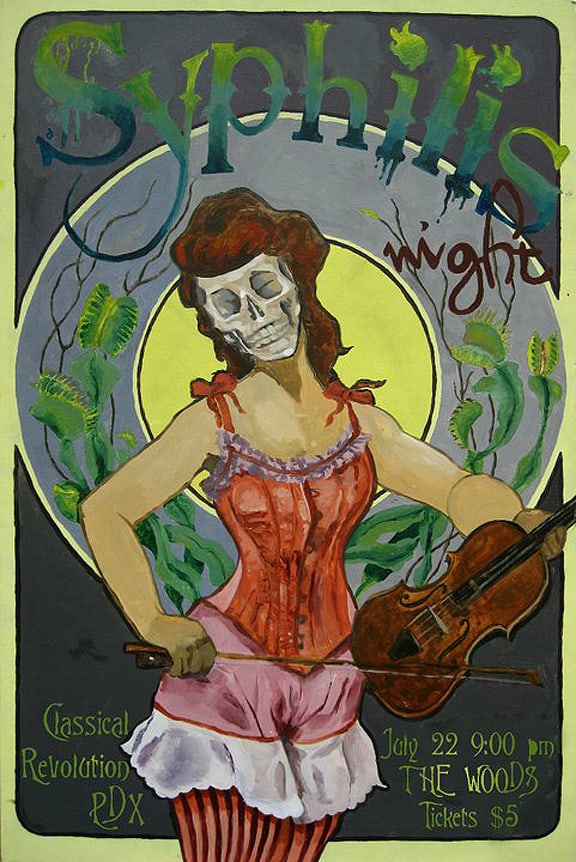 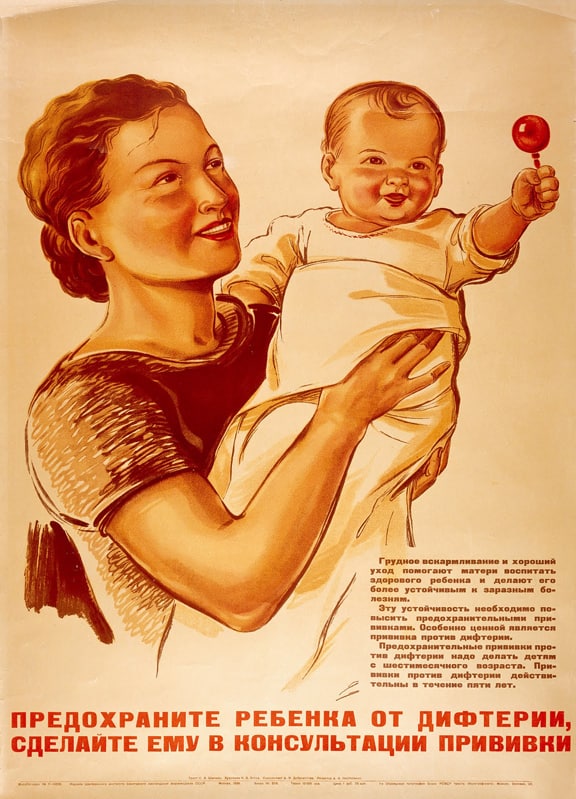 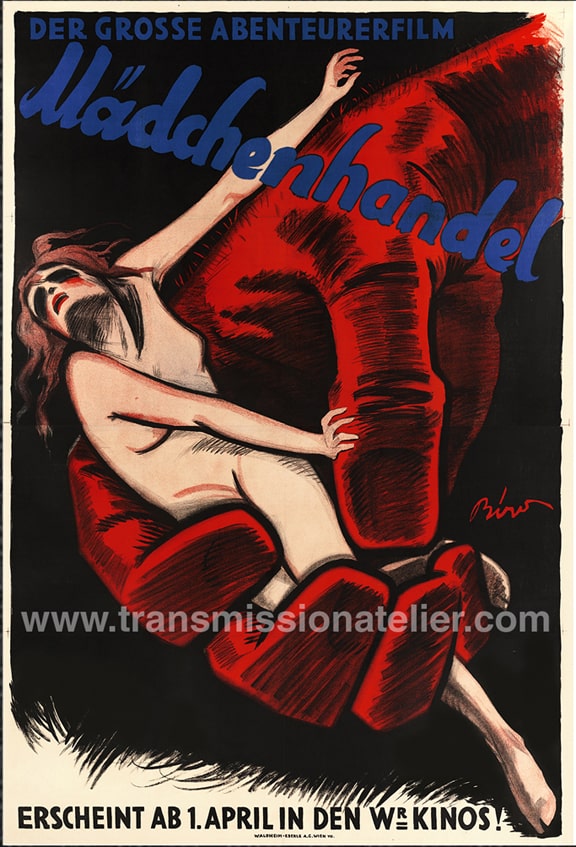 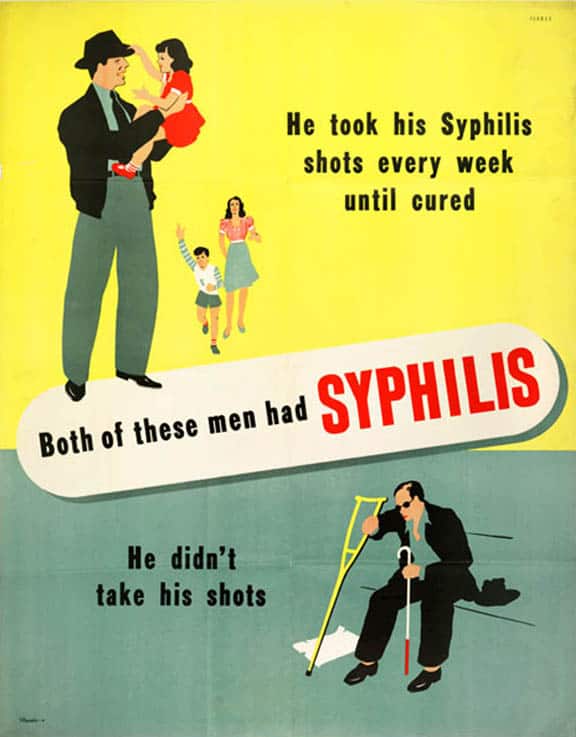 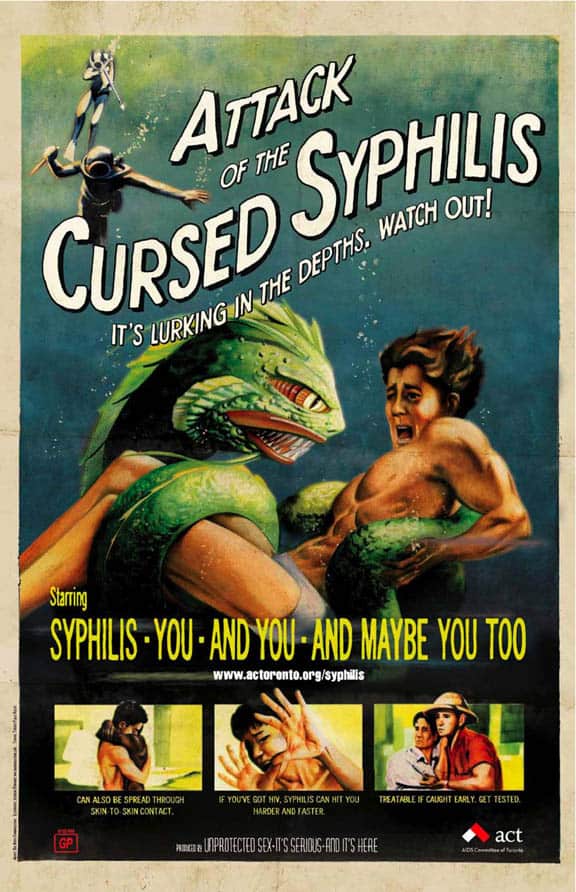 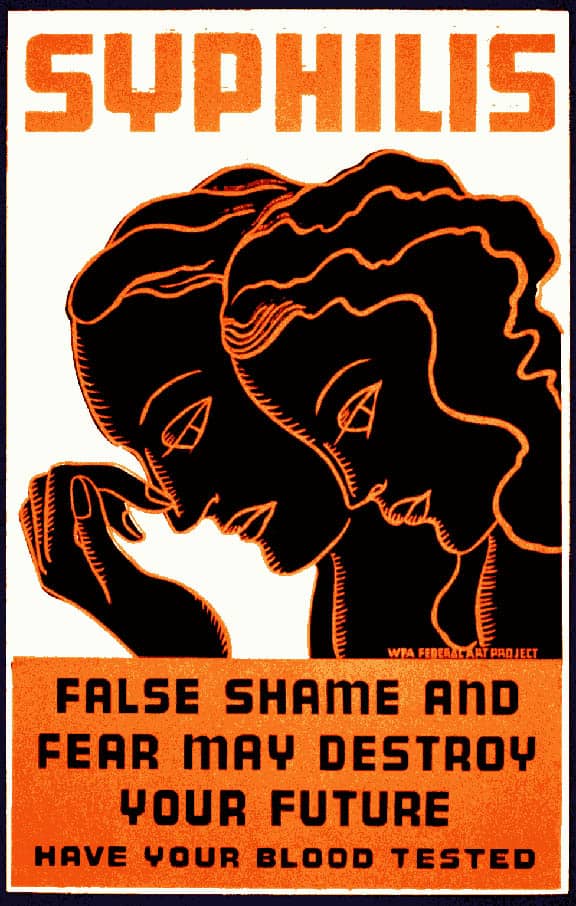 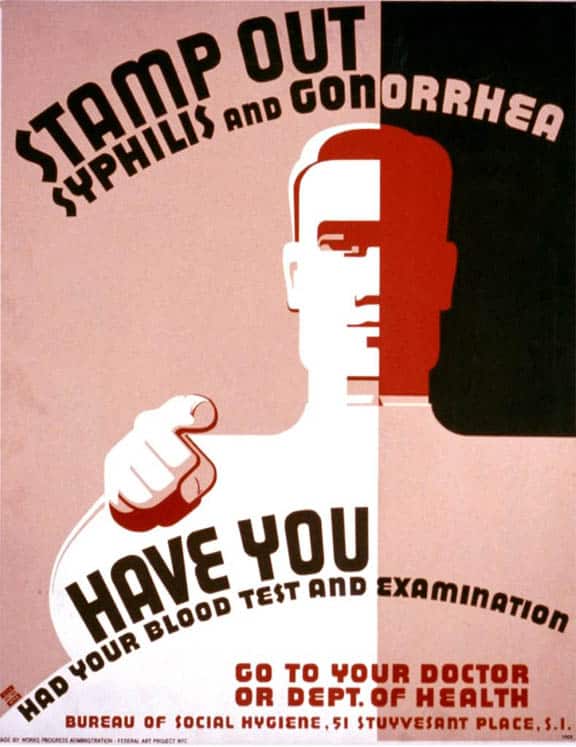 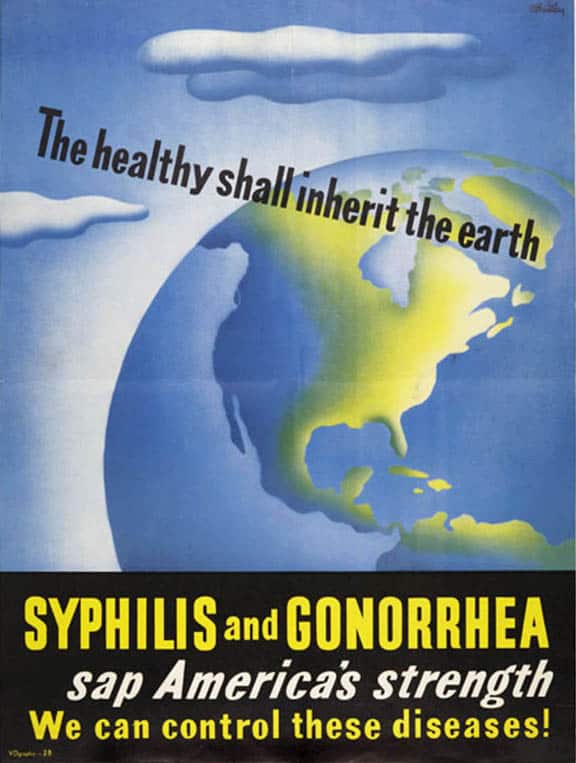 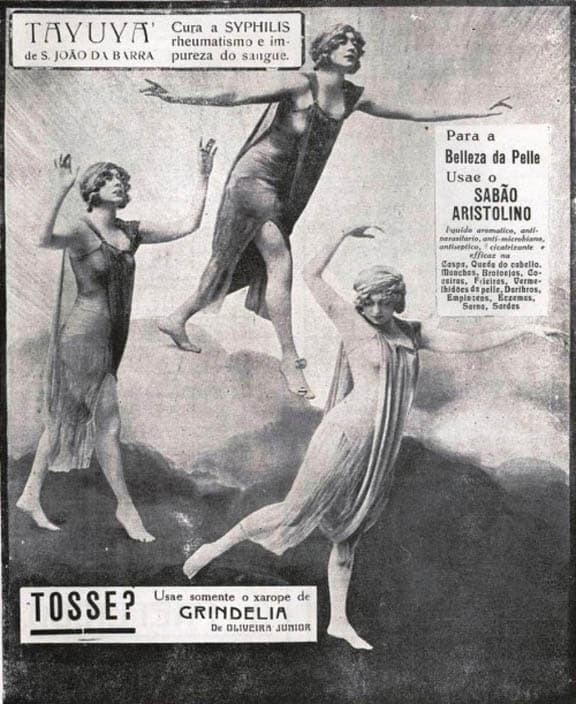 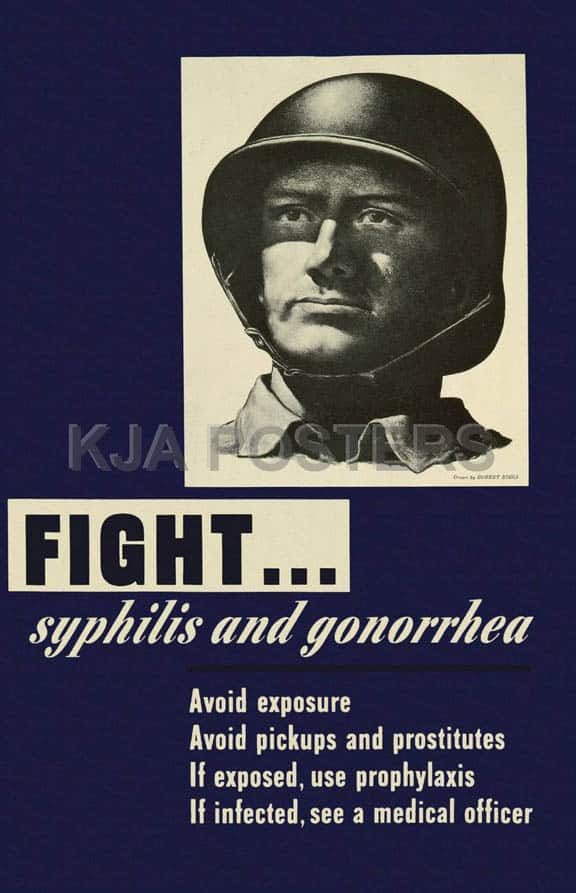 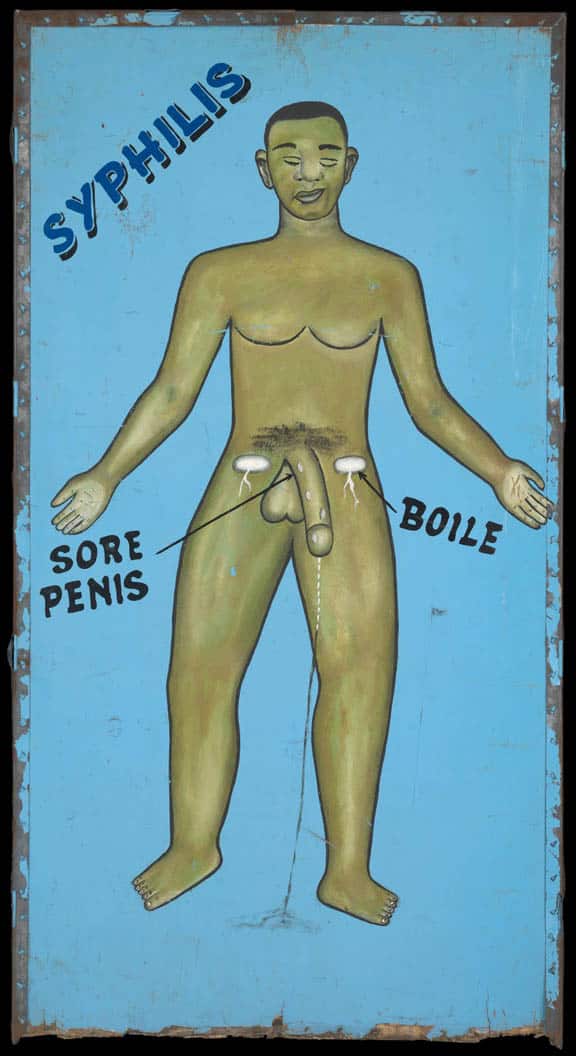 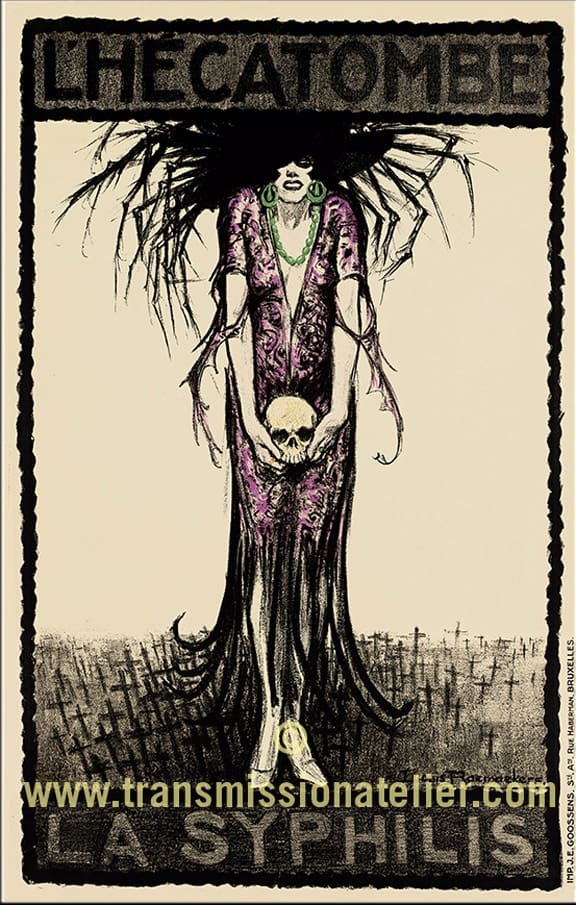 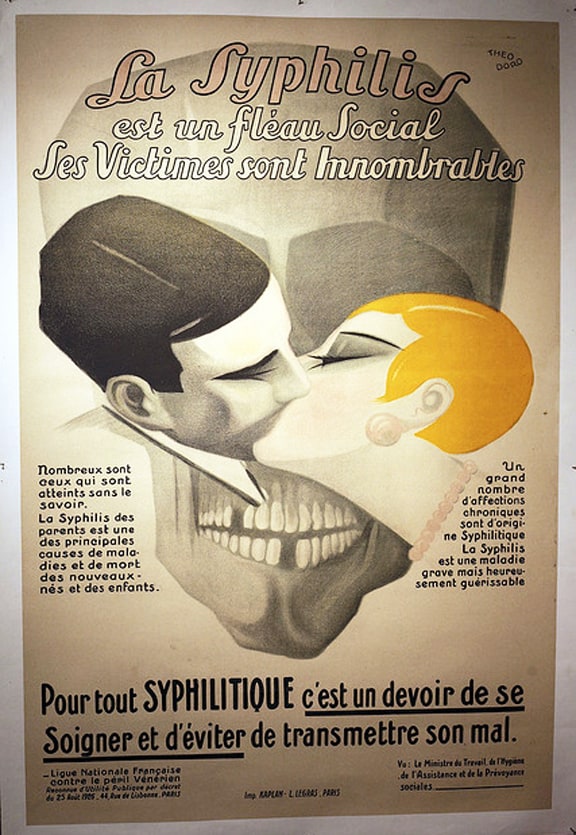 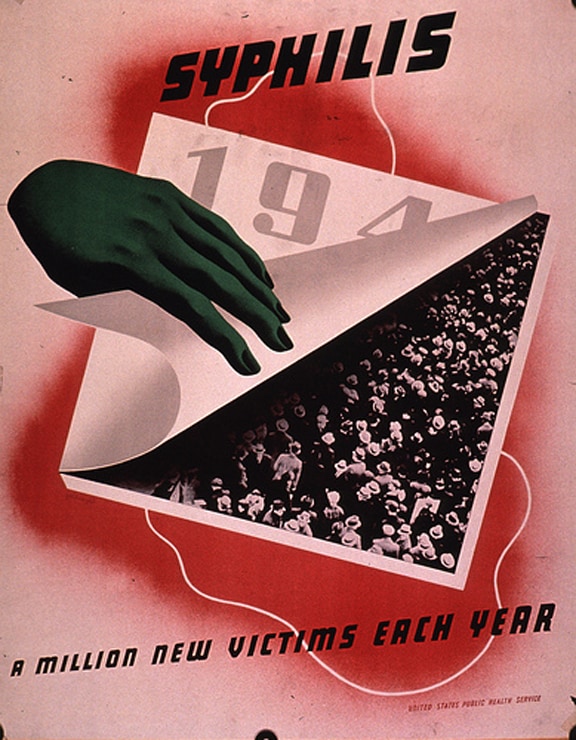 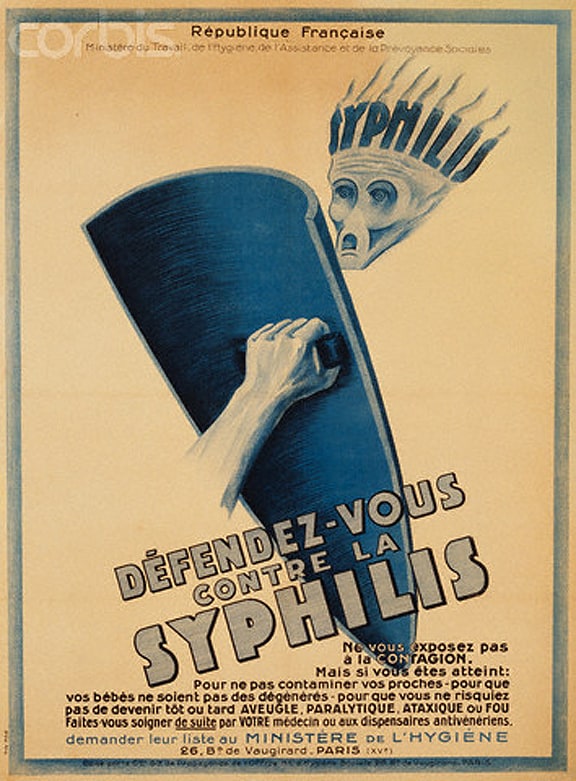 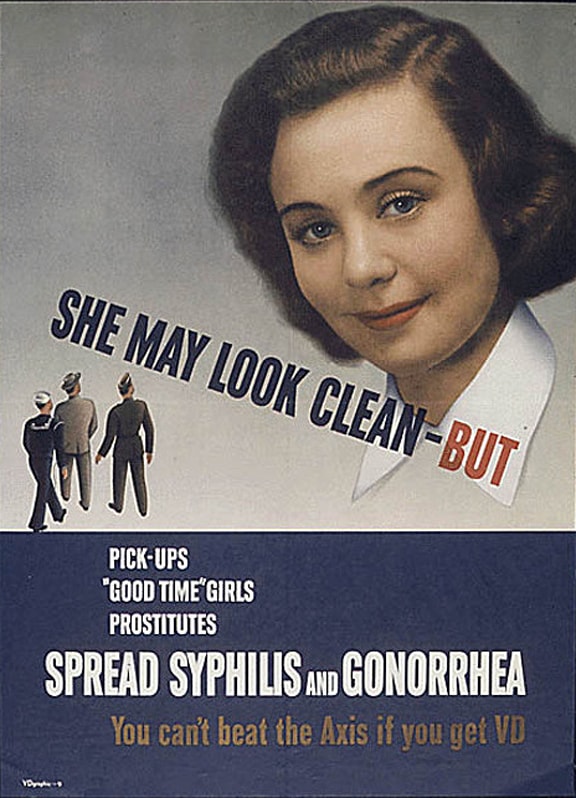 Ferdinand Meyer V is a native of Baltimore, Maryland and has a BFA in Fine Art and Graphic Design from the Kansas City Art Institute and School of Design. Ferdinand is the founding Principal of FMG Design, a nationally recognized design consultation firm. Ferdinand is a passionate collector of American historical glass specializing in bitters bottles, color runs and related classic figural bottles. He is married to Elizabeth Jane Meyer and lives in Houston, Texas with their daughter and three wonderful grandchildren. The Meyers are also very involved in Quarter Horses, antiques and early United States postage stamps. Ferdinand is the past 6-year President of the Federation of Historical Bottle Collectors and is one of the founding members of the FOHBC Virtual Museum.
View all posts by Ferdinand Meyer V →
This entry was posted in Advertising, Art & Architecture, Ephemera, History, Humor - Lighter Side, Medicines & Cures and tagged advertising, graphic designer, infection, pallidum, poster, Swift's Syphilitic Specific, Syphilis. Bookmark the permalink.