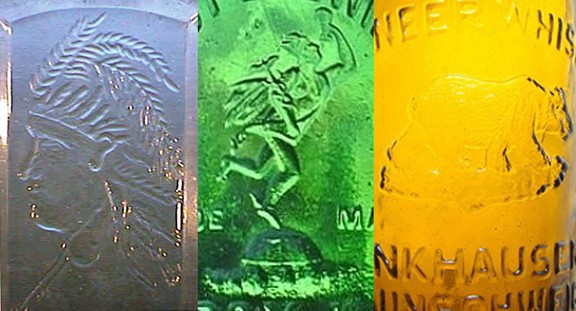 The recent post for RADAM’S MICROBE KILLER (read: From Texas – Wm. Radam’s Microbe Killer) with the uniquely embossed patient beating off death and a skeleton, I started to think about other bottles and jars that had cool embossing. In this gathering exercise, I excluded all of the great Historical Portrait and Eagle Flasks and glass with embossing such as monuments, trains, trees or non-living objects like a mug of beer. I just wanted to look around for full figure humans or animals.

This is a living and breathing post, meaning I would like to collect and add other examples if the subject image fits the criteria noted above. An obvious missing example would be an Indian. Thanks! 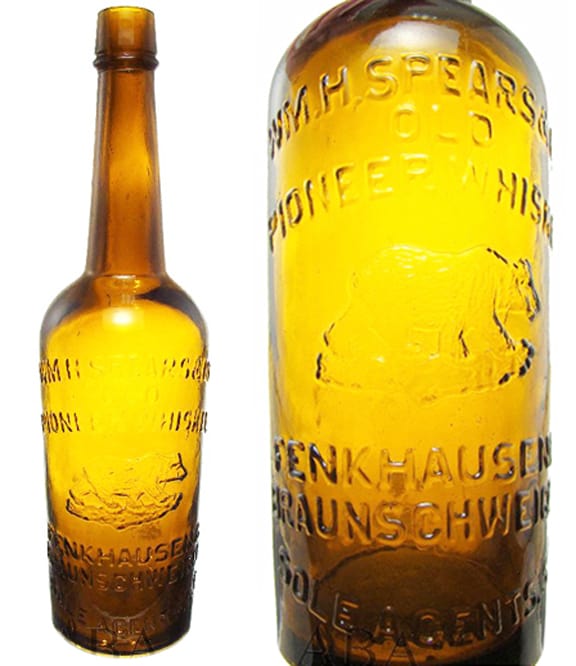 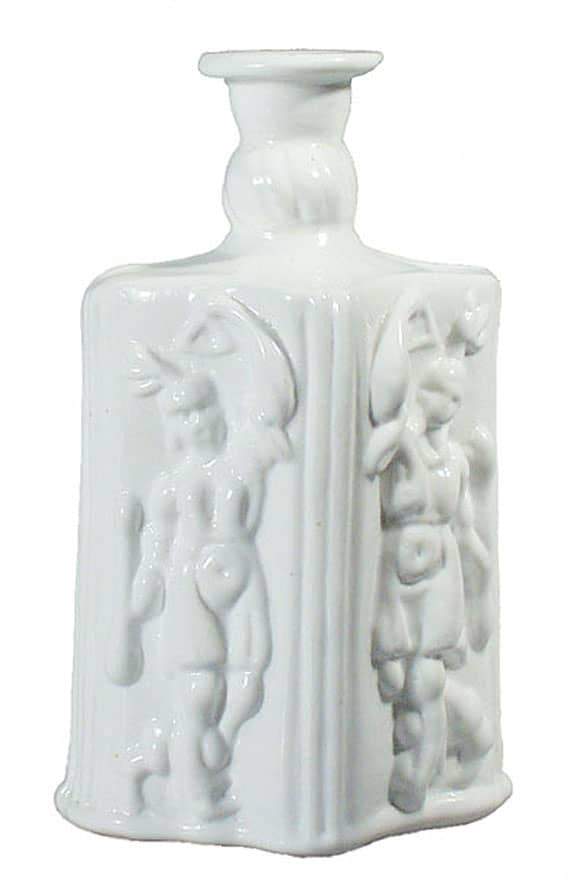 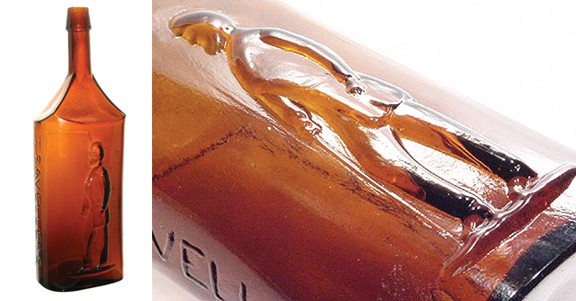 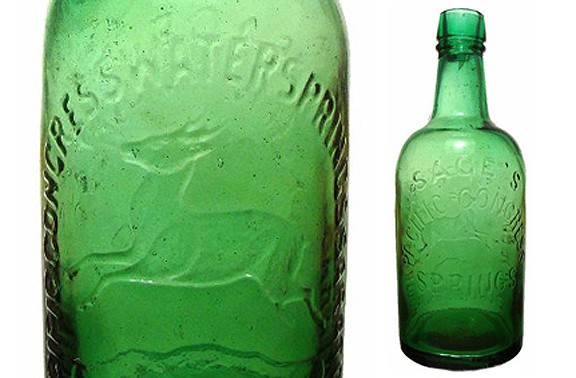 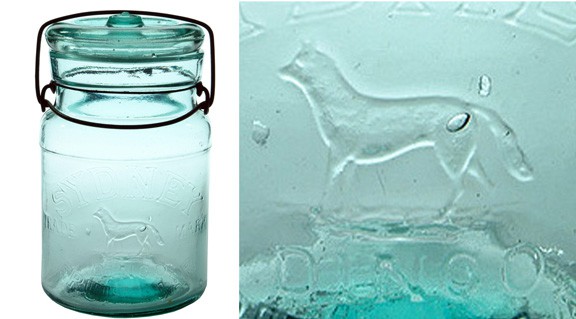 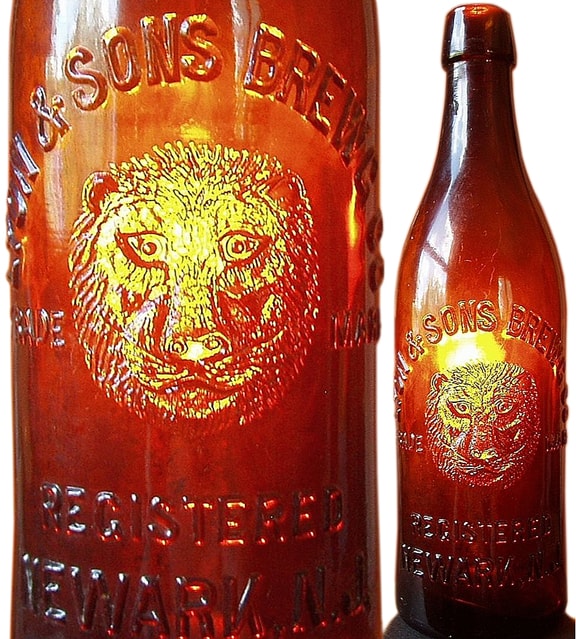 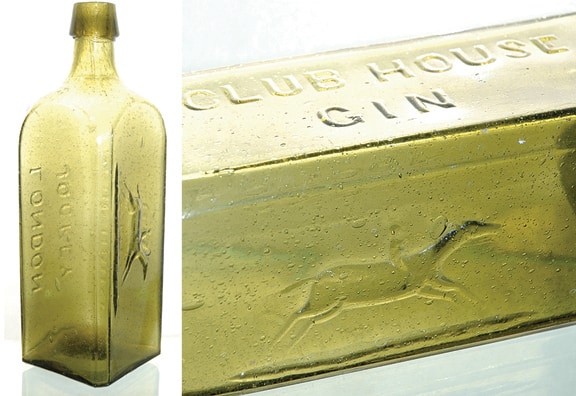 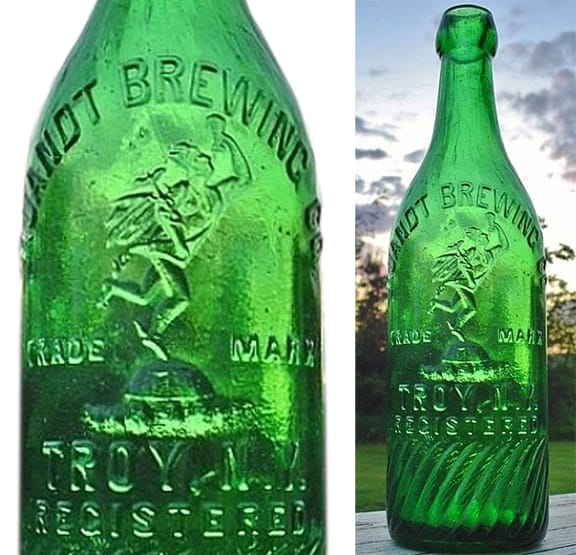 Hermes, the herald of the Olympian gods is embossed on the QUANT BREWING bottle. This embossing and color is fantastic. – photo Rick DeMarsh 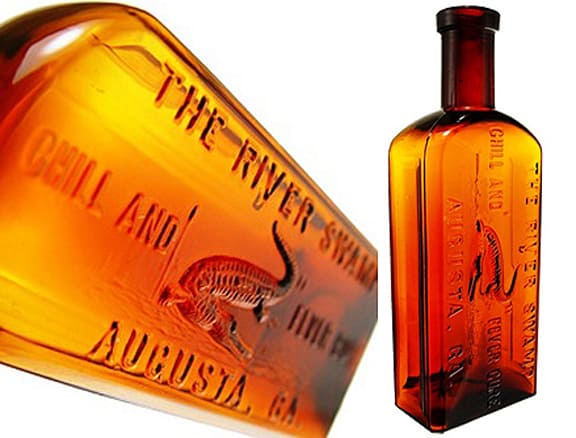 The classic embossed alligator on a THE RIVER SWAMP CHILL AND FEVER CURE bottle from Augusta, Georgia 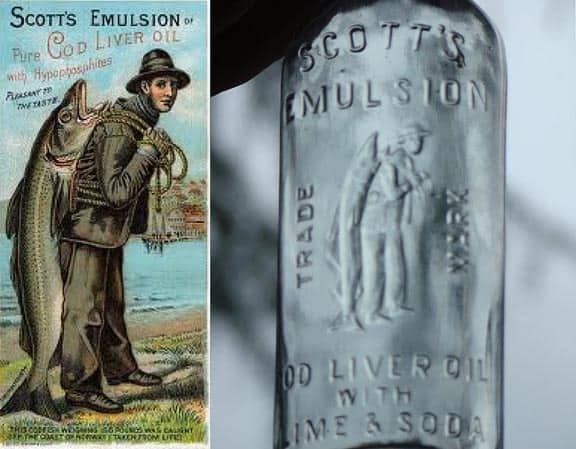 On of my favorites is the SCOTT’S EMULSION of PURE COD LIVER OIL with embossed fisherman and fish. Hate to walk a mile with that guy on my back! 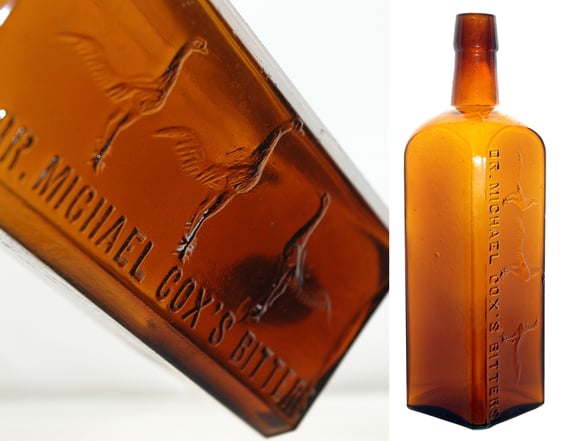 Three embossed cocks on a DR. MICHAEL COX’S BITTERS. Notice how the rooster on the right is facing the other two cocks. Notice the word relationship between Cox and Cocks. – photo Ferdinand Meyer V 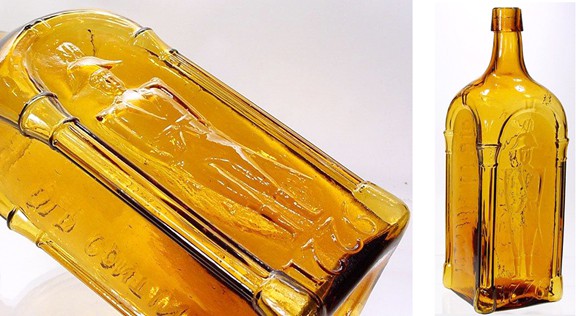 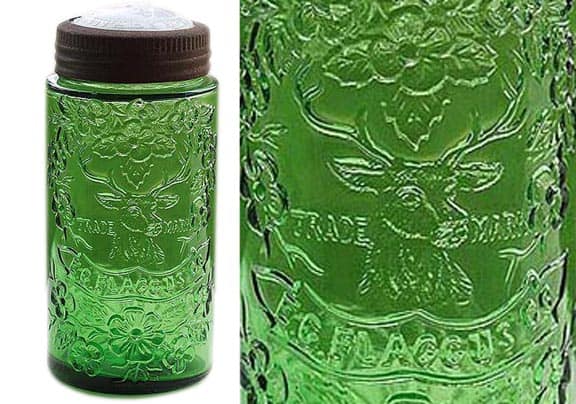 The elaborately embossed stags head on a FLACCUS BROS Fruit Jar. This has to be the most ornate fruit jar out there. 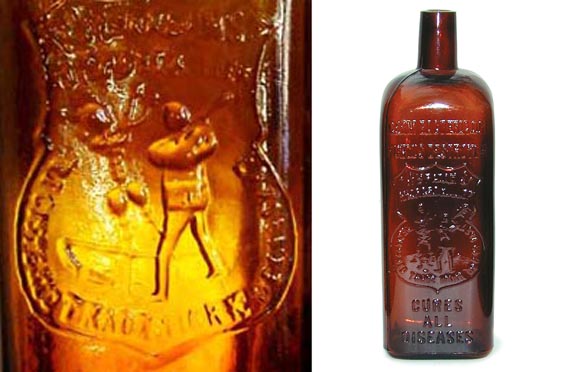 Embossed patient beating off death and a skeleton on a RADAM’S MICROBE KILLER. This is the piece that prompted this post. 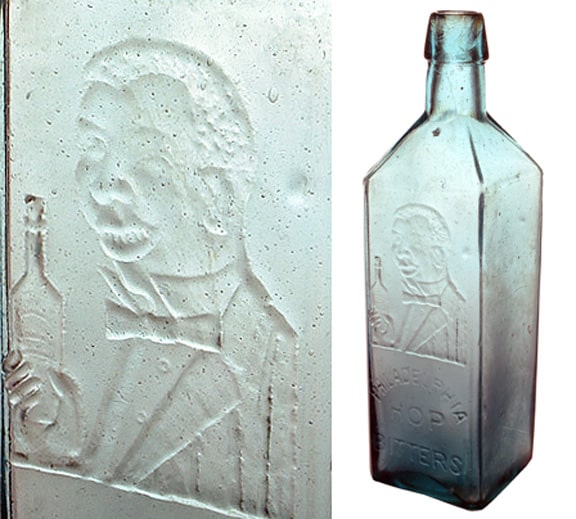 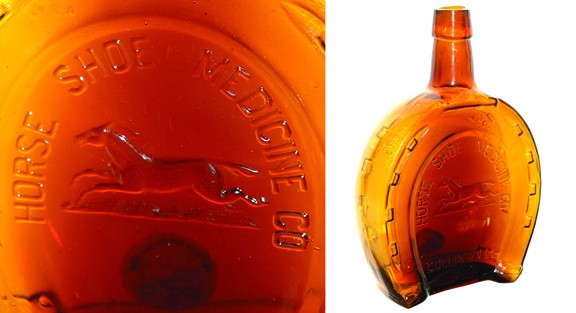 Embossed running horse on a HORSE SHOE BITTERS. I tried many years to get this bottle and was successful in the Grapentine Auctuin. – photo Ferdinand Meyer V

Patent medicine with embossing of a huge bird/man/dragon embossed on the front which is known to people in the area as the Piasa Bird. The Piasa Bird was painted by Indians on the bluffs above the Mississippi River near Jerseyville. JERSEYVILLE, ILLS embossed on one side and P.W.B.L. Co. This stood for Pitts Wonderful Black Liniment. 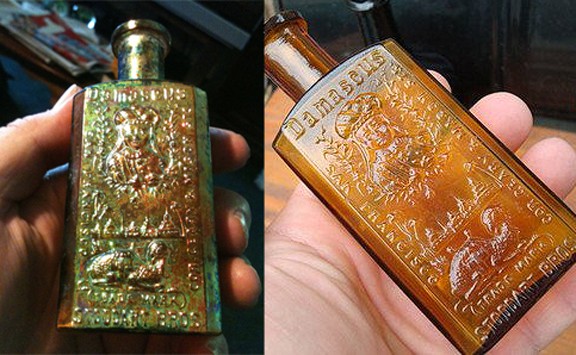 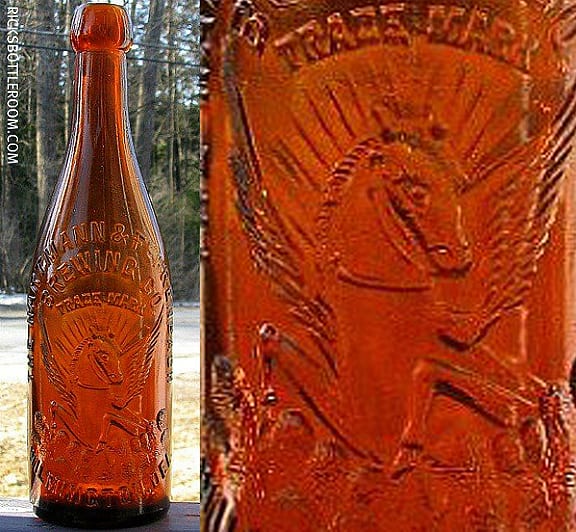 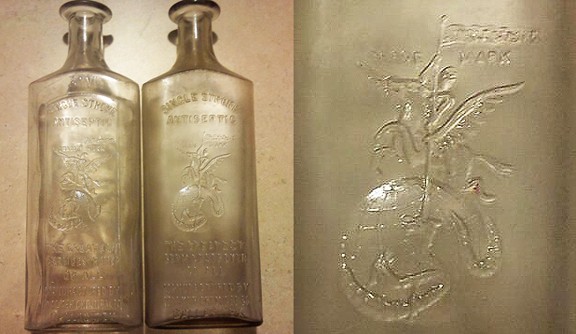 SINGLE STROKE ANTISEPTIC THE GREATEST GERM DESTROYER OF ALL MANUFACTURED BY THE WALKER CHEMICAL COMPANY DALLAS TEXAS. Both one of a kind. The company was only in business for one year. The bottles are from two different molds. The graphic is of the myth of St. George who cured a village of illness by slaying a dragon – Brad Seigler