Lightning Rod Balls – A Few From Our Collection 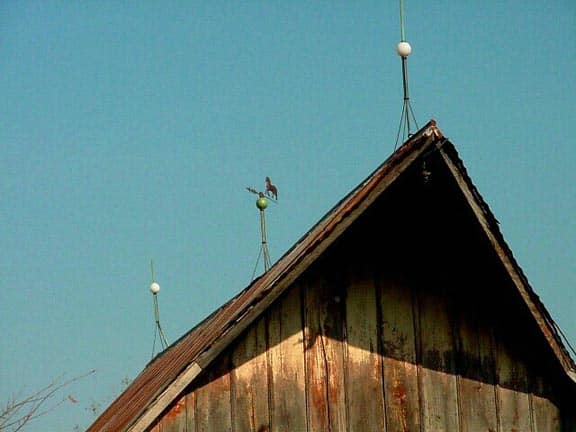 Recently I have written and posted about collectible antique Glass Paperweights, Target Balls, Marbles, Witch Balls, Fly Traps, Glass Fishing Floats and Christmas Ornaments and now would like to discuss one of my favorite areas, Lightning Rod Balls. The common denominator of course, is the geometric ‘circle’, as all of these collecting objects are primarily round. Hopefully sometime soon I can do a post on Fire Grenades. 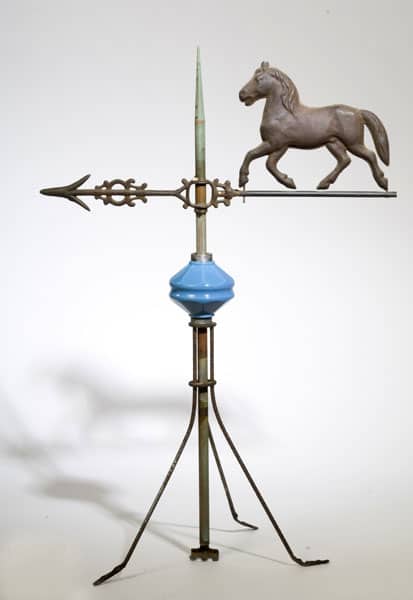 Most of my good Lightning Rod Balls (LRB’s) were purchased in 2002 from a fellow I met online and thru eBay named Bob Overfield (visit LRBMAN.com) who is a major name, collector and dealer in this area. If you like Lightning Rod Balls and Vanes, it is also essential to have a copy of The Complete Book of Lightning Rod Balls by Rod Krupka and Mike Bruner. This is the definitive book of the hobby, Krupka and Bruner lovingly and thoroughly researched and compiled the extensive information in this book. It is both a price guide and a history book. Soft cover 8 1/2″ x 11 with 150 pages. This book is out of print but you can find copies if you search online. 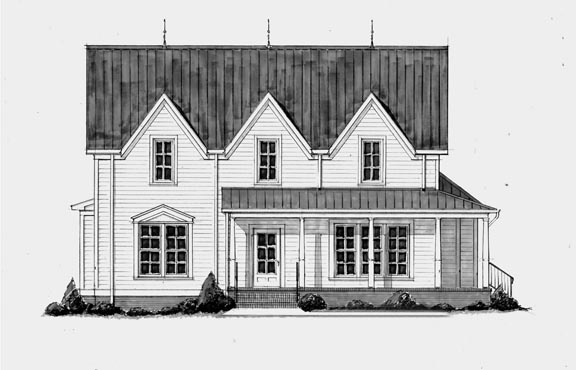 In the 19th century, the lightning rod became a decorative motif. Lightning rods were embellished with ornamental glass balls that are now prized by collectors. The ornamental appeal of these glass balls has been used in weather vanes. The main purpose of these balls, however, is to provide evidence of a lightning strike by shattering or falling off. If after a storm, a ball is discovered missing or broken, the property owner should then check the building, rod, and grounding wire for damage.

According to the Iowa Barn Association, lightning rod balls have long been part of the American rural landscape. Some were made as early as 1840. They were originally sold as ornaments for lightning rods and are found in a wide range of shapes and colors. Made of glass or ceramic, they had no practical use, but added a decorative touch to the rods.

The balls were usually about four and a half inches in diameter. Glass balls were typically white and blue milk glass. Clear glass ones have often turned to amethyst from sun exposure to impurities in the glass.

There are some 34 shapes or styles of lightning rod balls. The balls were sold by salesmen going from farm to farm in horse drawn wagons from 1870 until the Great Depression closed businesses.

I have posted a few pictures from our collection… 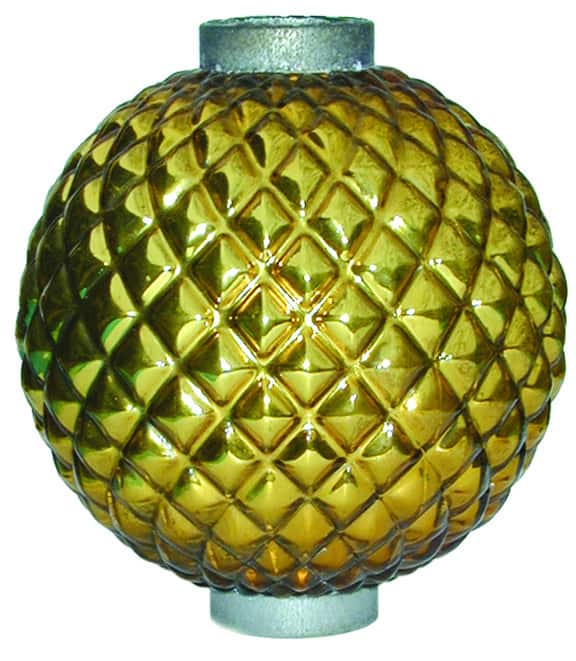 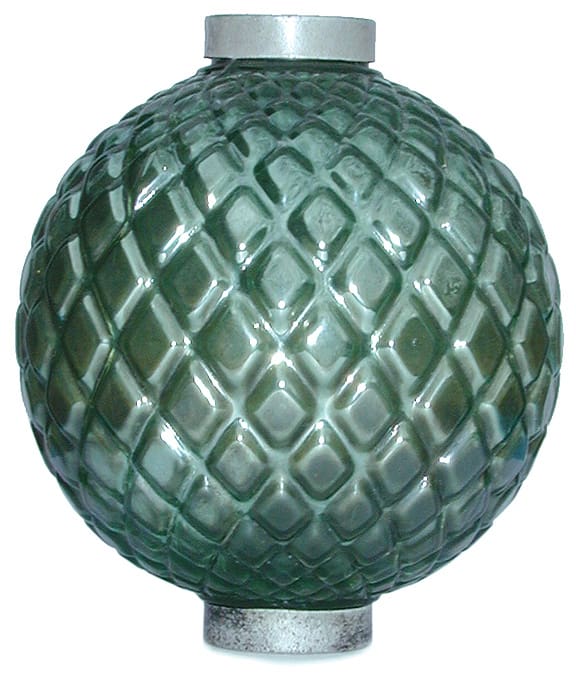 Pattern used by several companies including the National lightning Protection Company, West Dodd and D&S of Windsor, Canada. The common style is unmarked with 18 grapes in its middle row. 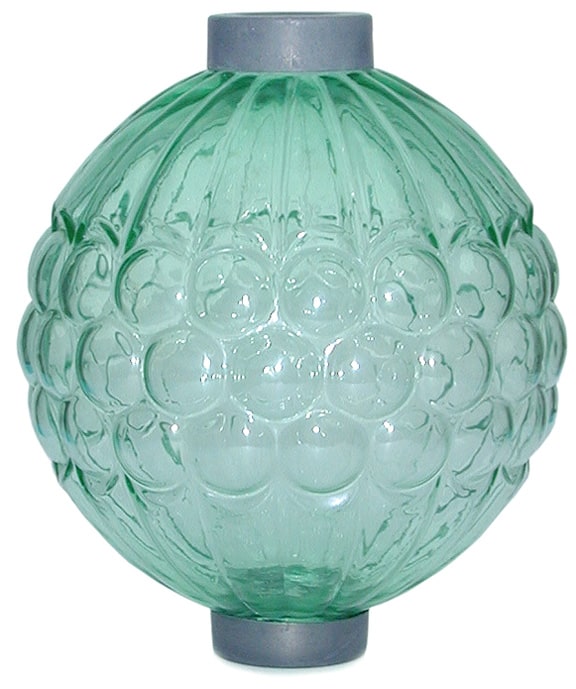 Referred to as Barnett Ball. Offered by Jos. Barnett & Co. of Riverside, Iowa. Began business around 1896 and was out of business by the depression. Barnett referred to these balls as ‘corrugated’ or ornamental. 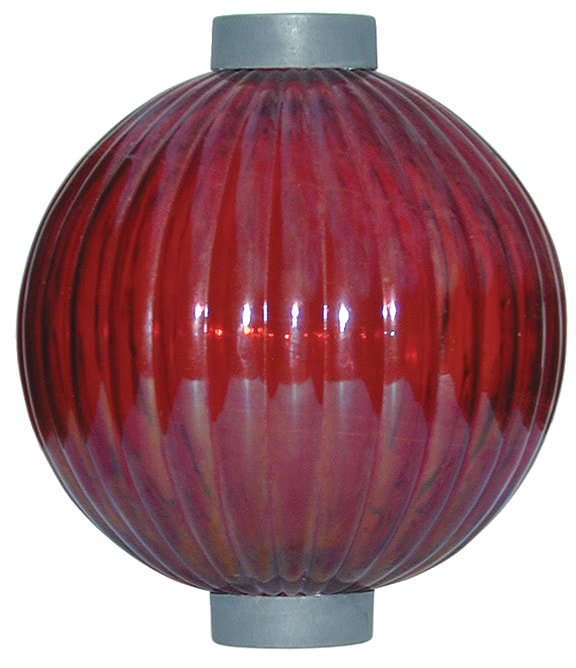 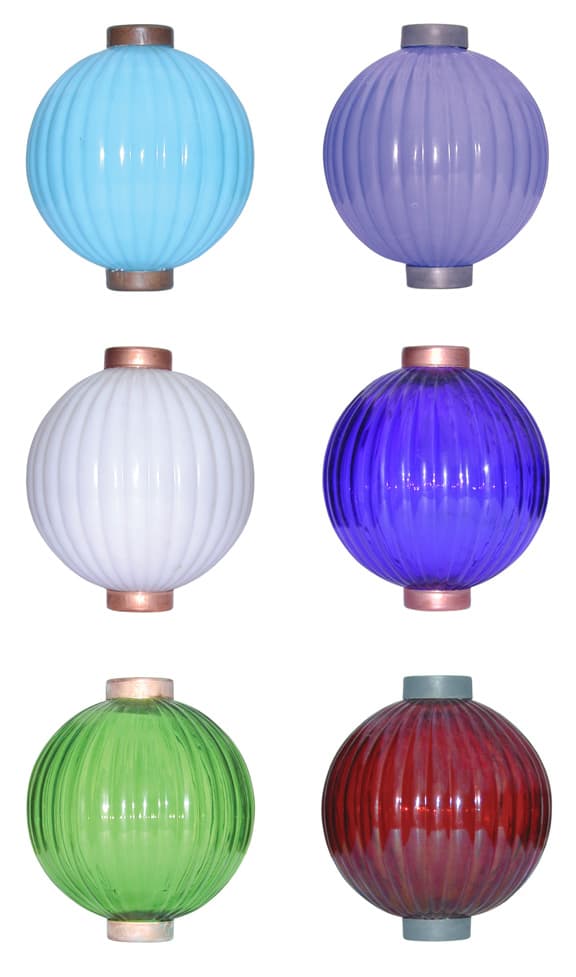 Most common pattern offered by most lightning protection companies. Balls come in three (3) sizes and various colors. The collars are varied at standard, ground, threaded etc. 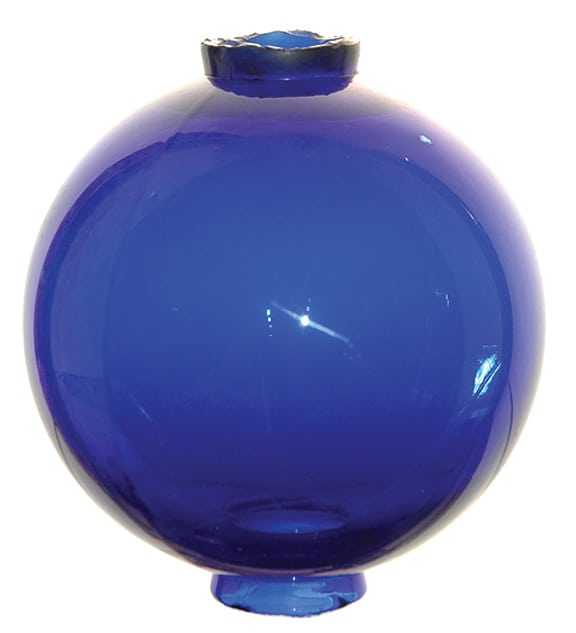 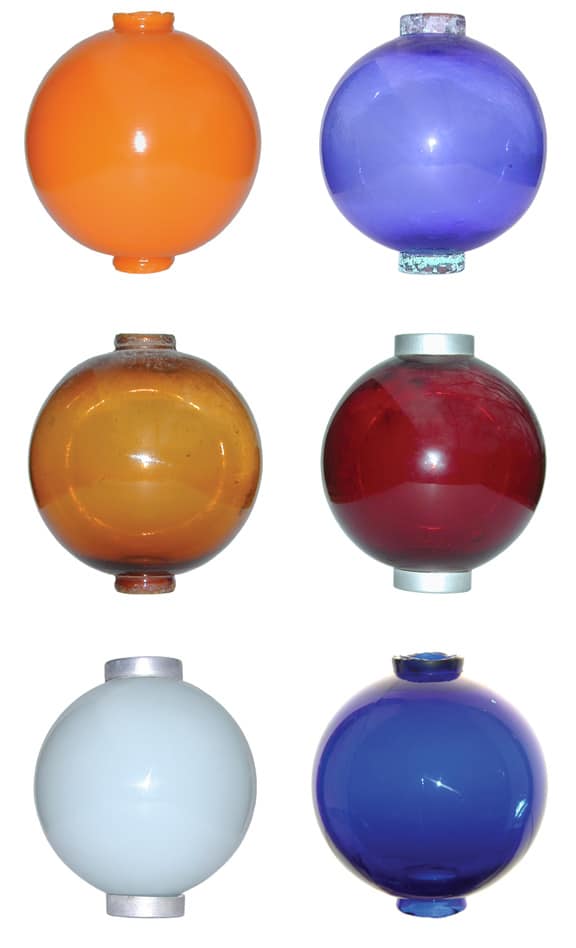 Made by Julius F. Goetz in Hartford, Wisconsin. Established in 1908, this company offered a complete line of lightning protection materials. JFG boldly embossed on ball. Not used with caps. 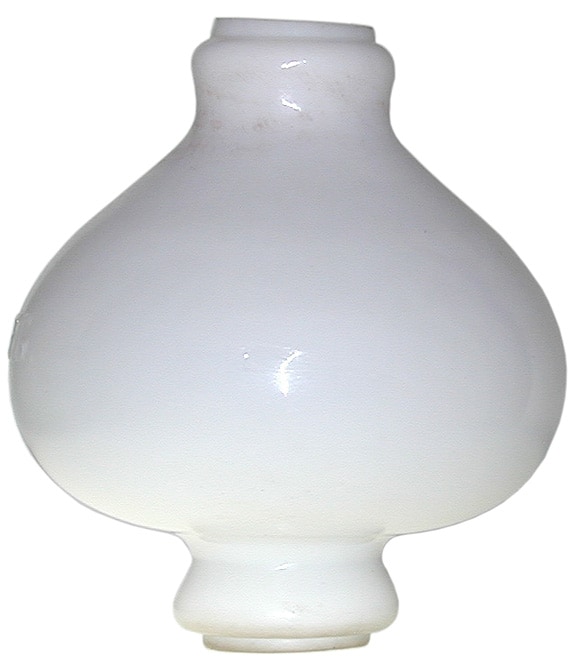 Pattern attributed to Professor L.F. Diddle who added the German word Blitzen after his name to label is line of products. Company located in Marshfield, Wisconsin. 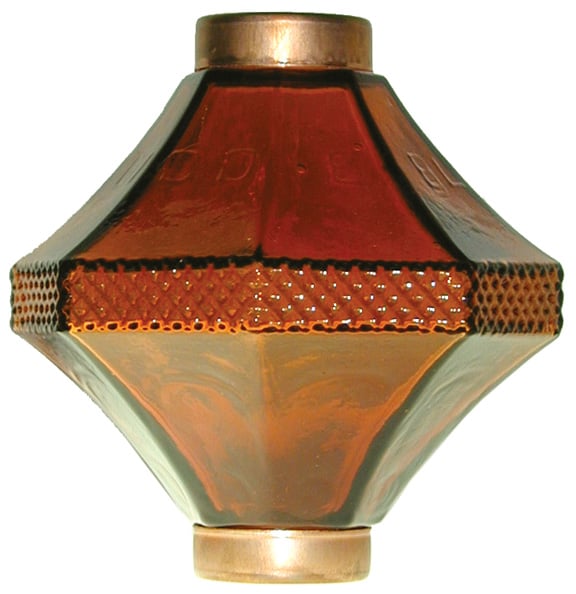 Not attributed to any particular company and offered by several. The Independent Protection Company called this pattern the ‘Streamline Ball. Also called Pee-Wee. 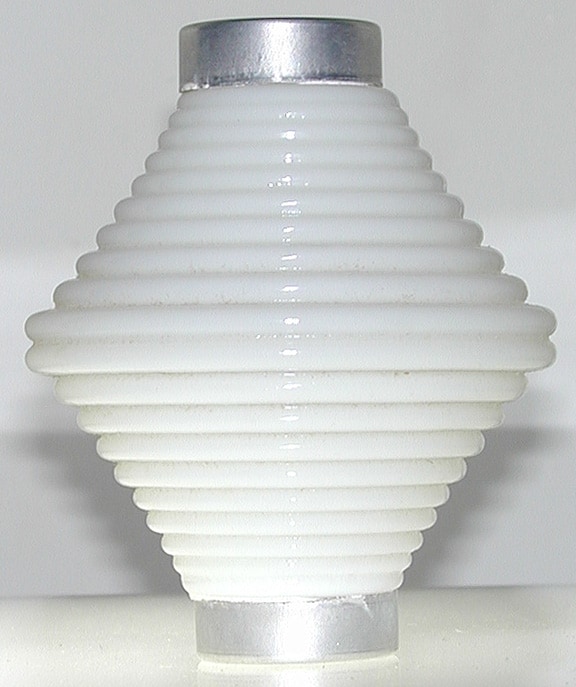 Originally offered by the Goshen Lightning Rod Company who called it the Goshen Design. Started in the early 1900’s. Successful from the beginning, the company was at the center of the multiple merger into the West Dodd Lightning Conductor Corporation. 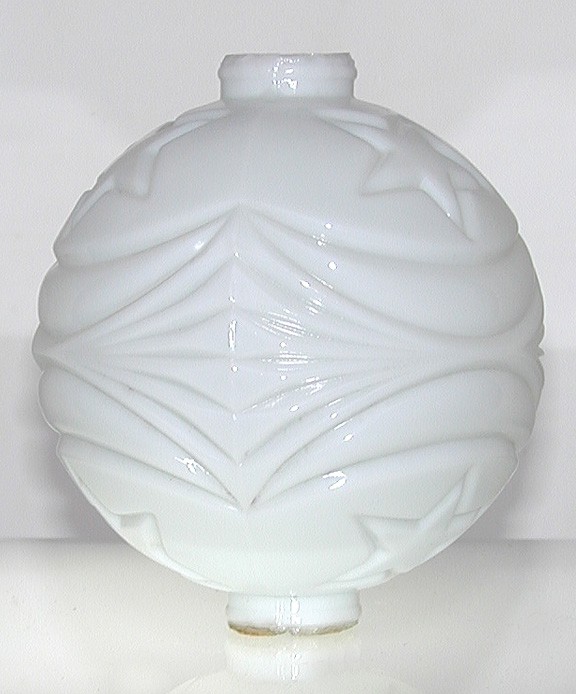 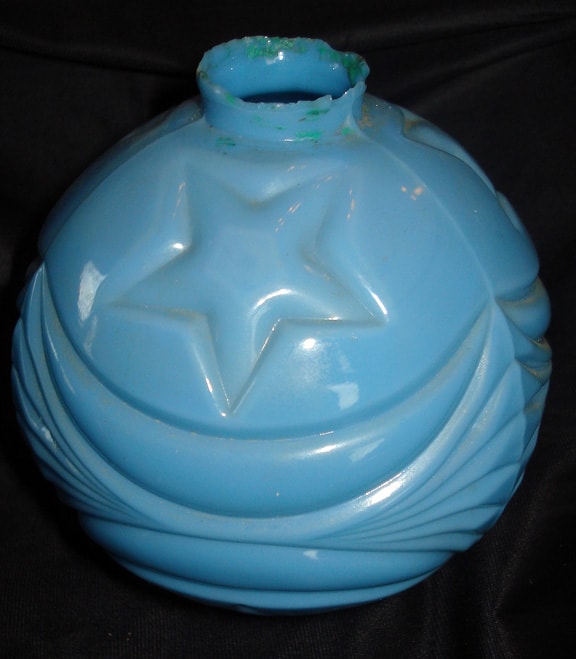 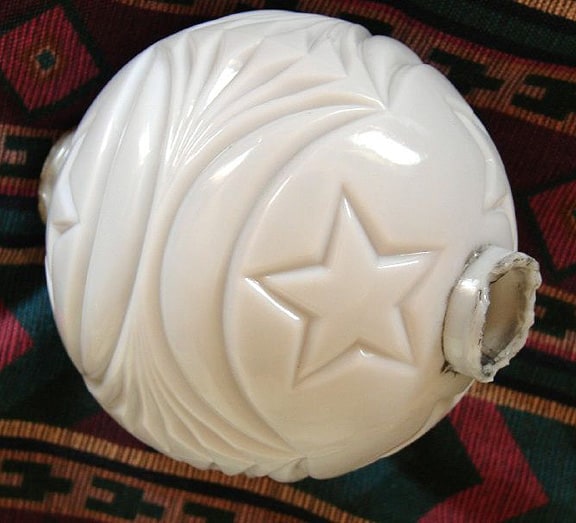 The Swirl is associated with the Cole Bros. Lightning Rod Company, a very early company that was founded in 1849. John Cole was the founder, and his brother James was the inventor. Swirl balls are occasionally found with original caps. The caps are threaded and embossed ‘COLE BROS. PAT. DEC. 12 – 1893.’ 5 1/2 h x 5 w. 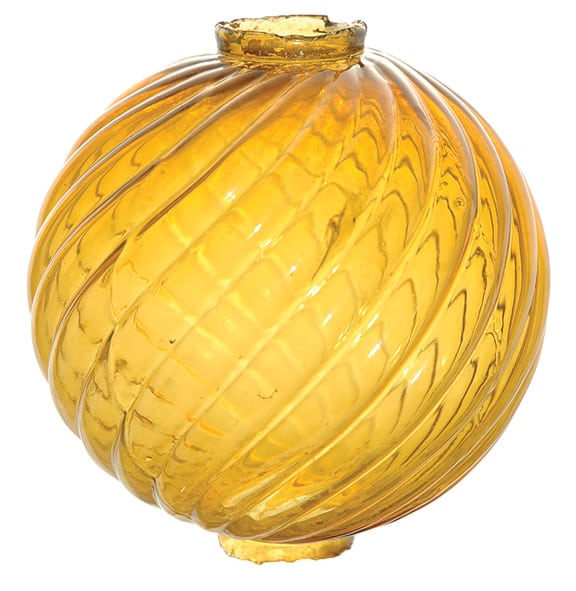 Ferdinand Meyer V is a native of Baltimore, Maryland and has a BFA in Fine Art and Graphic Design from the Kansas City Art Institute and School of Design. Ferdinand is the founding Principal of FMG Design, a nationally recognized design consultation firm. Ferdinand is a passionate collector of American historical glass specializing in bitters bottles, color runs and related classic figural bottles. He is married to Elizabeth Jane Meyer and lives in Houston, Texas with their daughter and three wonderful grandchildren. The Meyers are also very involved in Quarter Horses, antiques and early United States postage stamps. Ferdinand is the past 6-year President of the Federation of Historical Bottle Collectors and is one of the founding members of the FOHBC Virtual Museum.
View all posts by Ferdinand Meyer V →
This entry was posted in Collectors & Collections, History, Insulators, Lightning Rod Balls and tagged Bob Overfield, lightning rod balls, Lightning Rod Insulators, Mike Bruner, Rod Krupka, weather vanes. Bookmark the permalink.

2 Responses to Lightning Rod Balls – A Few From Our Collection