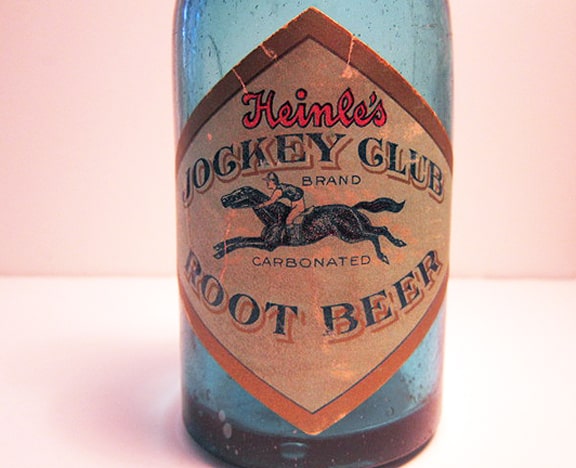 I thought you might be interested in seeing a labeled root beer that has the same logo. I bought from a gentleman in Scott Bar California. He had bought from an estate sale in Seattle Washington. The bottle looks 70’s to me but the embossed Heinle roots beers I have seen look to be turn of the century. 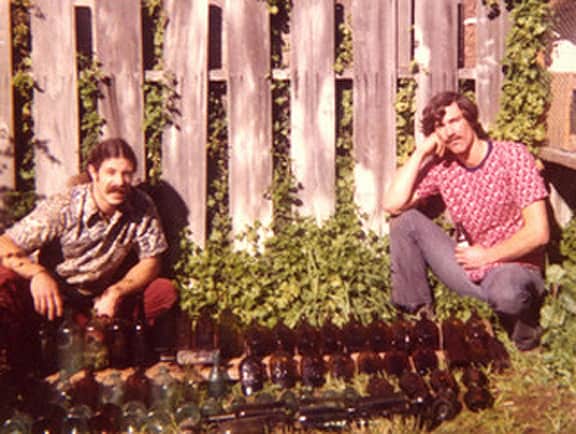 Also I read with interest your reference to the Wilson book eluding to the Clubhouse gins being made into the 1870’s. There was famous dig in Santa Cruz California in the early 1970’s in which many Cutter Flasks were found. I saw some of the bottles and I “think” there were a couple of London Jockey’s found in this 1870’s dig. My memory is not the best but I remember the Jockey’s being a straight amber and sick glass nothing like we are used to seeing in that bottle. 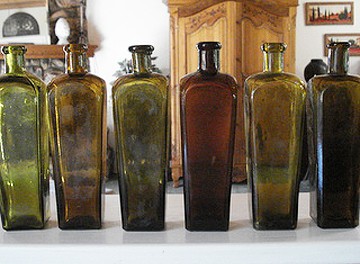 In addition I talked to a southern California collector who said that he had dug two unembossed western gins that had labels and were London Jockey Clubhouse Gins with the horse and rider logo. The unembossed western gins look to be 1870’s to me and I have also been told that one was seen with a partial label that showed the bottle to be a Jesse Moore Bitters? The southern California collector was going to email me a picture of the labeled gins he dug but as yet has not done so. 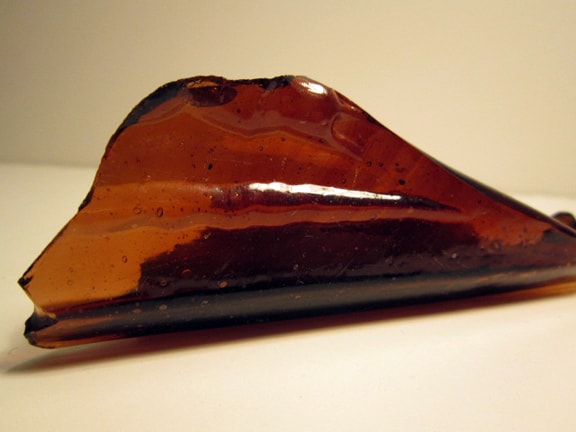 One last thing another Santa Cruz digger showed a piece of a Puce London Jockey he found in a hill side dump, wouldn’t that make your day. Anyway nothing but rumor but I hope you enjoy the pictures.

Ferdinand Meyer V is a native of Baltimore, Maryland and has a BFA in Fine Art and Graphic Design from the Kansas City Art Institute and School of Design. Ferdinand is the founding Principal of FMG Design, a nationally recognized design consultation firm. Ferdinand is a passionate collector of American historical glass specializing in bitters bottles, color runs and related classic figural bottles. He is married to Elizabeth Jane Meyer and lives in Houston, Texas with their daughter and three wonderful grandchildren. The Meyers are also very involved in Quarter Horses, antiques and early United States postage stamps. Ferdinand is the past 6-year President of the Federation of Historical Bottle Collectors and is one of the founding members of the FOHBC Virtual Museum.
View all posts by Ferdinand Meyer V →
This entry was posted in Collectors & Collections, Digging and Finding, Gin, Root Beer, Spirits, Whiskey and tagged Club House, Gin, Heinle's, London Jockey, Root Beer, Steven Mello. Bookmark the permalink.