Success to the Railroad – The Baltimore & Ohio Railroad Museum 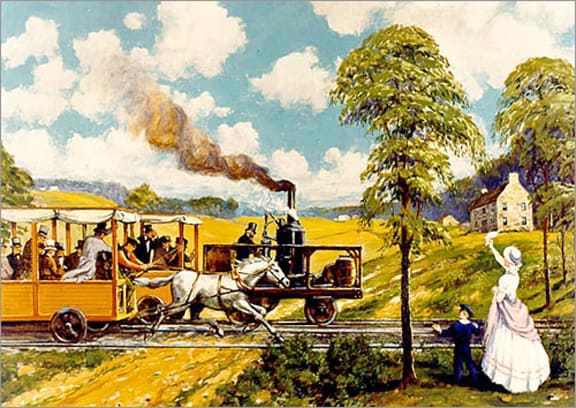 1830: America's first native locomotive loses a smackdown race to a draft horse. Embarrassment does not alter the course of history. 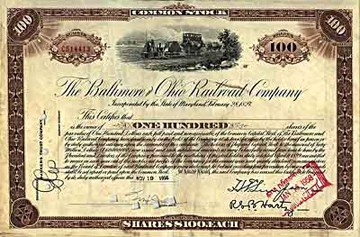 From Houston it is usually quite a distance to one of the major antique bottle shows on the East and West coasts. For this reason, I typically plan my weekend around a bottle show with museum tours, sightseeing and business.

My point with the museum tour is that it is really fun to ‘build’ your visit around other historical attractions to make a complete weekend. On the same Friday, we were also able to see the famous Washington Monument (read The Washington Monument – Baltimore) in Mt. Vernon Place in Baltimore. This monument is represented on a number of early American glass pieces. Completing our Friday, was a tour of the great Geppi’s Entertainment Museum in Camden Yards. 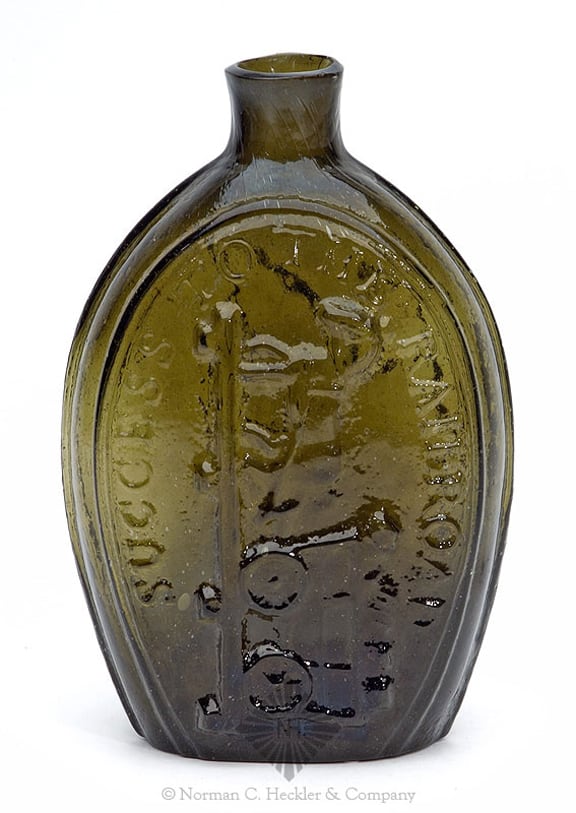 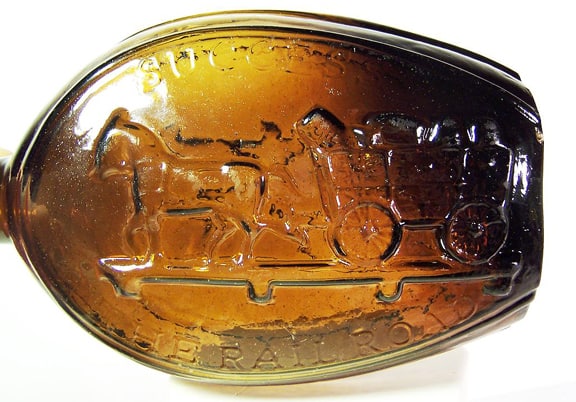 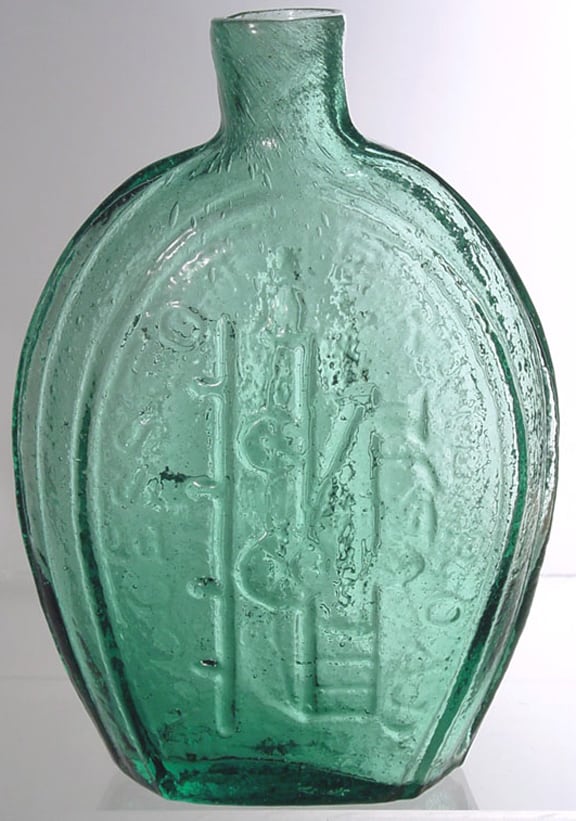 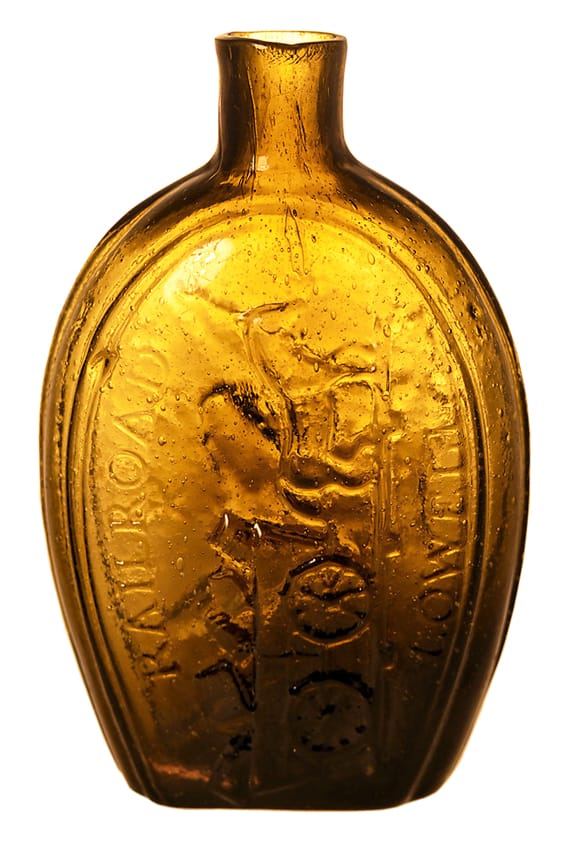 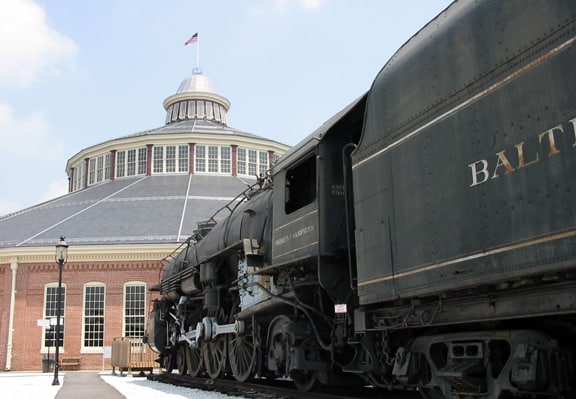 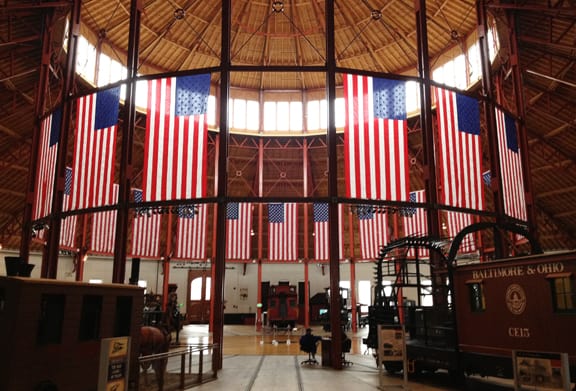 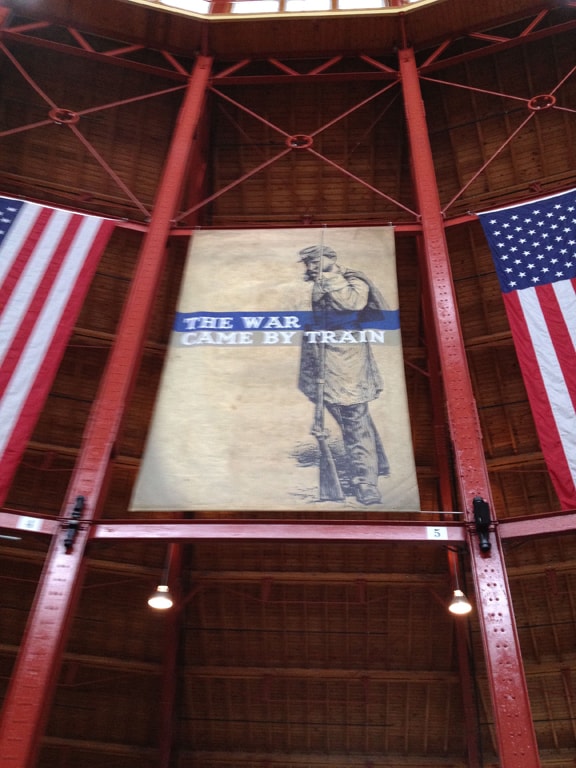 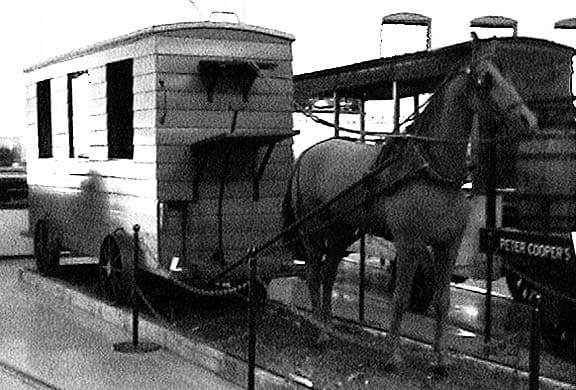 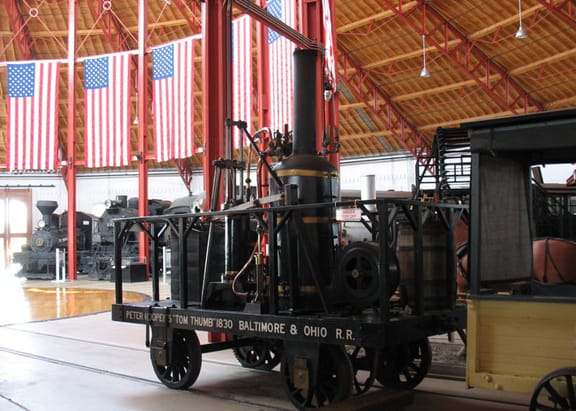 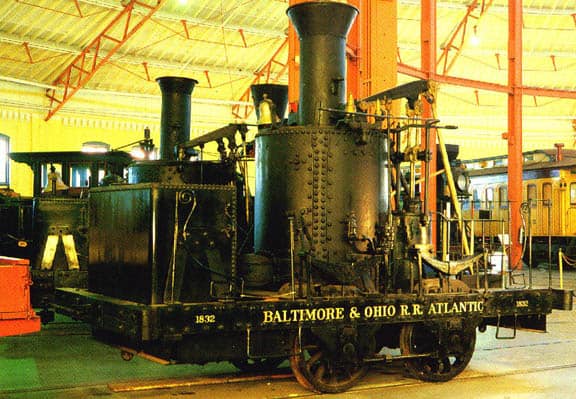 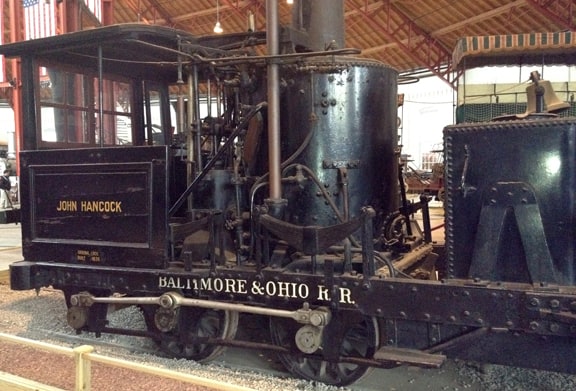 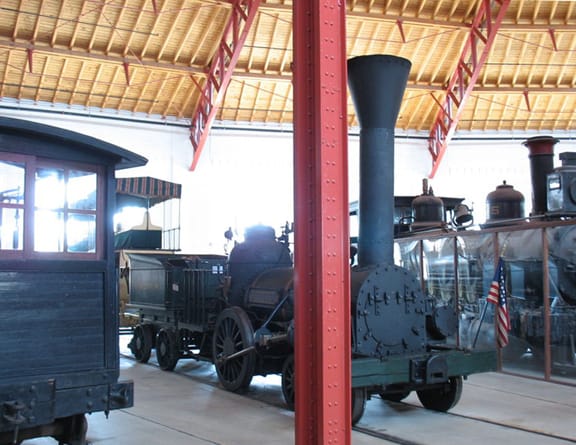 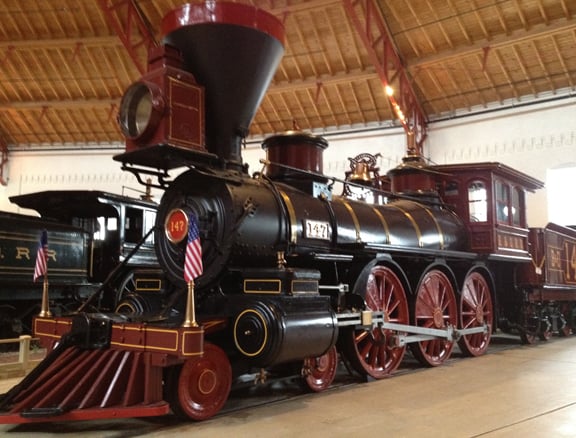 Ferdinand Meyer V is a native of Baltimore, Maryland and has a BFA in Fine Art and Graphic Design from the Kansas City Art Institute and School of Design. Ferdinand is the founding Principal of FMG Design, a nationally recognized design consultation firm. Ferdinand is a passionate collector of American historical glass specializing in bitters bottles, color runs and related classic figural bottles. He is married to Elizabeth Jane Meyer and lives in Houston, Texas with their daughter and three wonderful grandchildren. The Meyers are also very involved in Quarter Horses, antiques and early United States postage stamps. Ferdinand is the past 6-year President of the Federation of Historical Bottle Collectors and is one of the founding members of the FOHBC Virtual Museum.
View all posts by Ferdinand Meyer V →
This entry was posted in Bottle Shows, Civil War, Flasks, Historical Flasks, History, Museums and tagged Atlantic, B&O, Baltimore & Ohio, Civil War, Historical Flask, horse pulling cart, John Hancock, Lafayette, locomotice, Railroad, steam, Success to the Railroad, Thatcher Perkins, Tom Thumb. Bookmark the permalink.