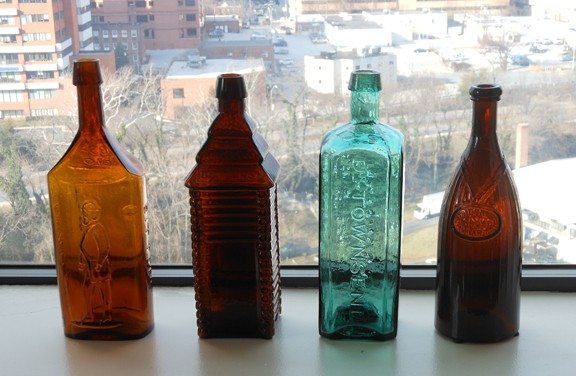 Jerry Forbes, my good friend, table-mate and bitters collector from Big Sur, California scored big when he purchased a very rare Travellers Bitters at the Baltimore Antique Bottle Show this past weekend. Not only was the example stuning, it was most likely the nicest example I have seen with great glass character and it was also ex: Carlyn Ring. Way to go Jerry! I have posted pictures of Jerry’s bottles taken in his hotel room after the show along with pictures of my example. 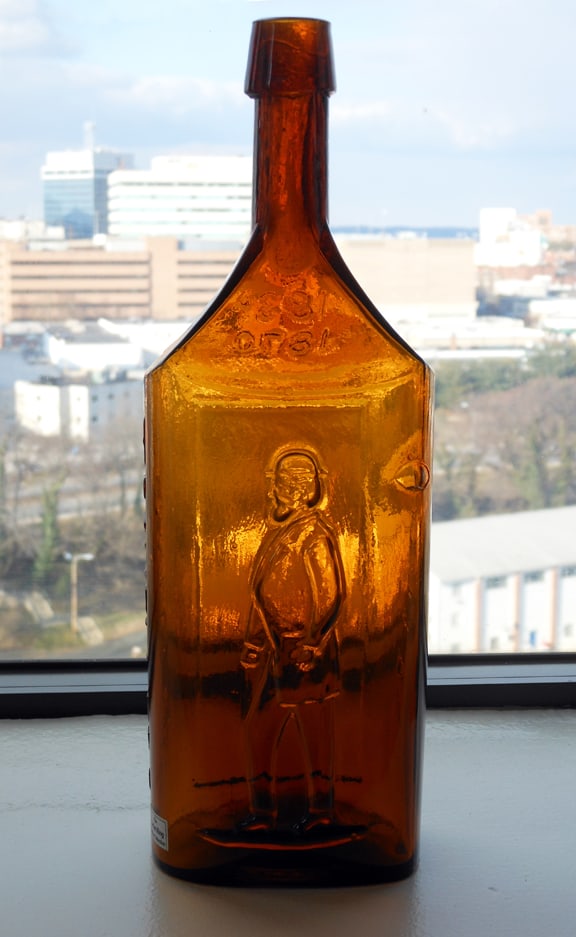 (Motif Robert E. Lee with a cane) – TRAVELLERS – BITTERS – 1834 / 1870” (on shoulder), (T-54), American, ca. 1870 – 1875, For years it was thought the ‘traveler’ on the front of this bottle was just a man ‘traveling’, like on the Pike’s Peak flasks. We suggest a more likely possibility. We believe the man on the front of the bottle is the famous Confederate General, Robert E. Lee. The bottle has three clues’ that make us think this. The first clue is the hat, beard and coat. All are identical to how Lee appears on a number of pictures and drawing done during the Civil War. None of the Pike’s Peak traveler’s has a beard. The second clue is on one of the side panels. It is the word ‘Travellers’, spelled with two ‘L’s’. Possibly an error made by the mold maker? We don’t think so. During the course of the Civil War General Lee rode several horses, the last one, and his favorite he named ‘Traveller’, with two ‘L’s’. The third clue is the two dates embossed on the back shoulder panel, ‘1834’ and ‘1870’. The 1834 date seems insignificant. It was the year that Lee was assigned a position as an assistant in the chief engineer’s office in Washington, D.C. The 1870 date is of considerably more importance. That was the year Robert E. Lee died. 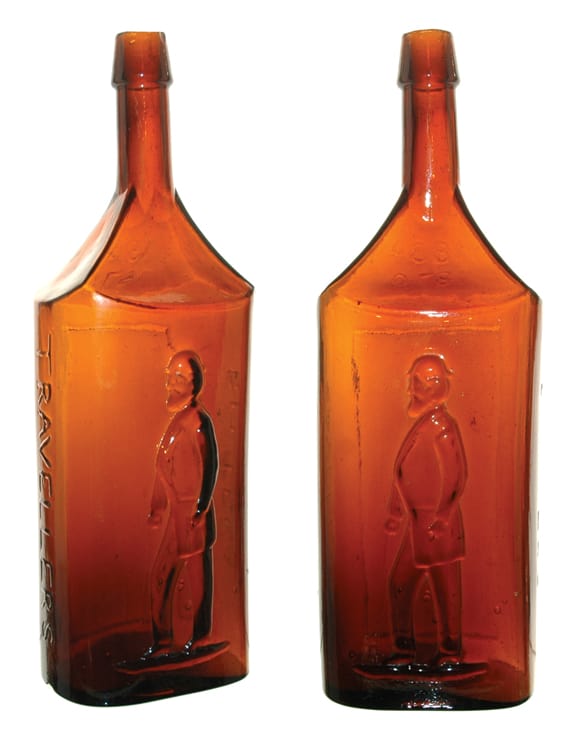 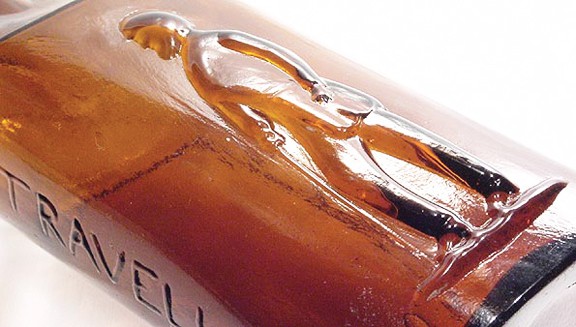 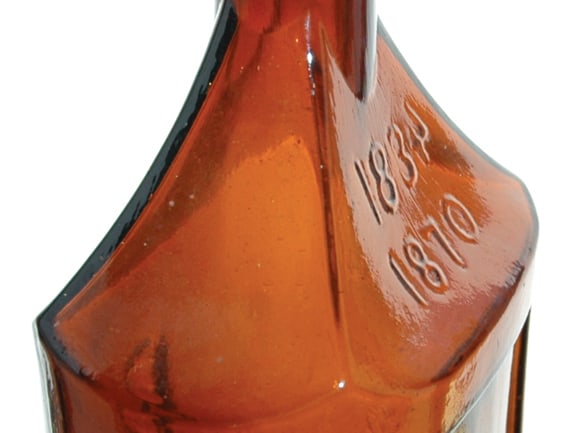 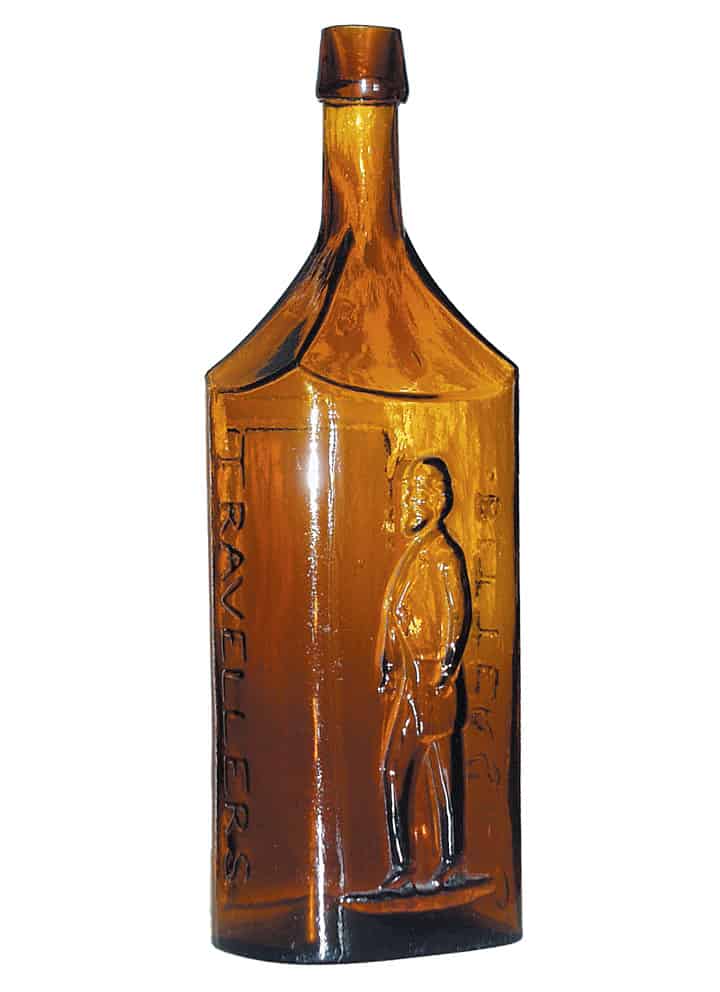 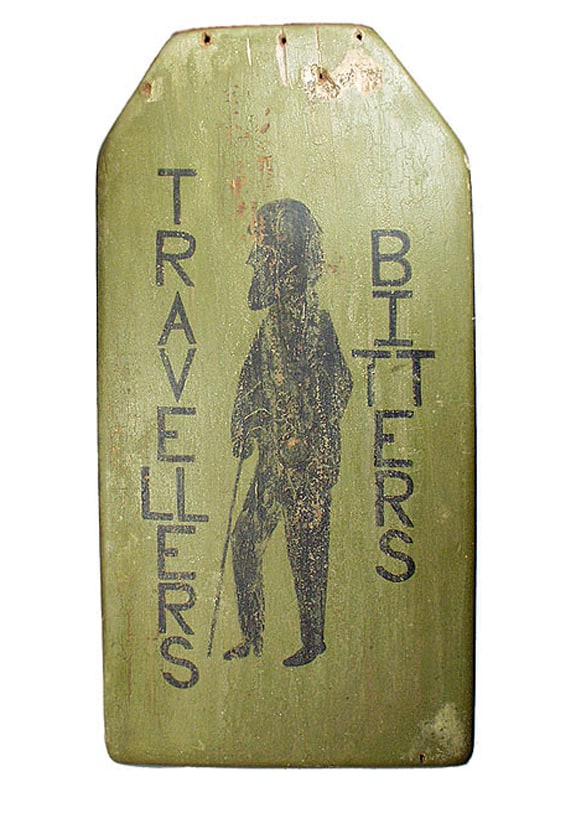 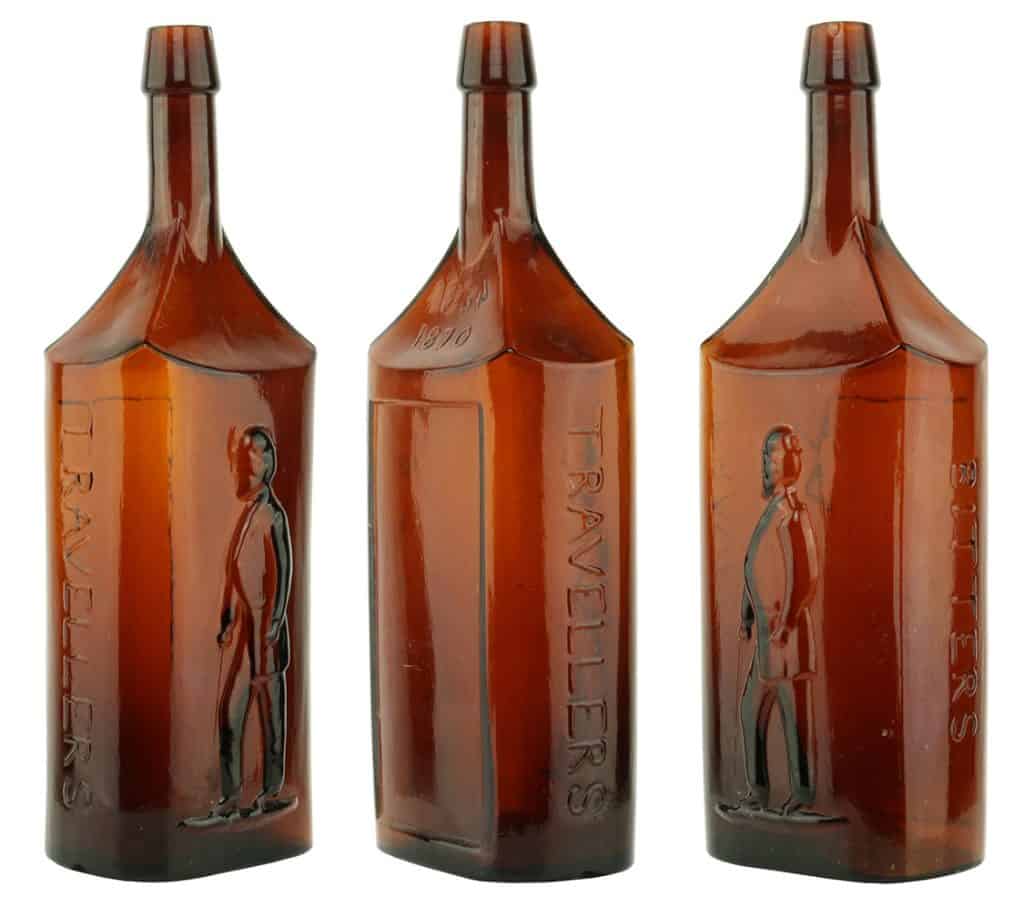 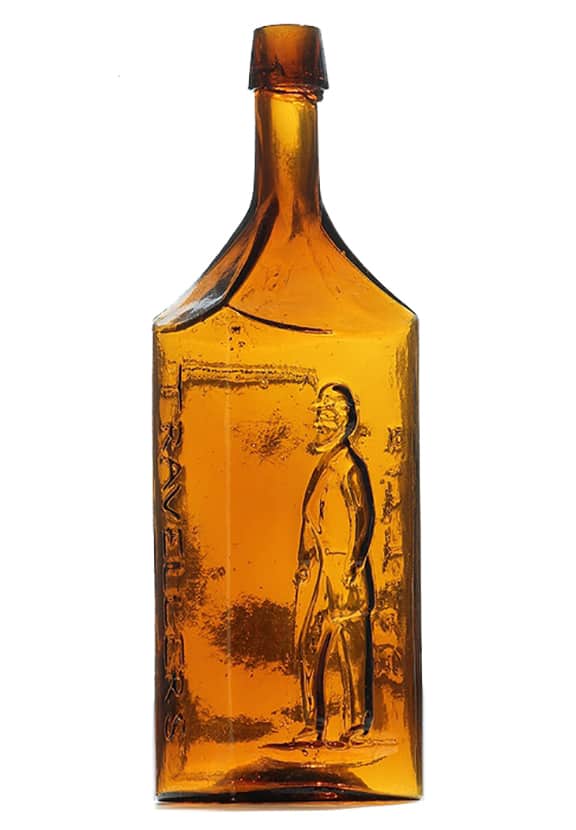 Ferdinand Meyer V is a native of Baltimore, Maryland and has a BFA in Fine Art and Graphic Design from the Kansas City Art Institute and School of Design. Ferdinand is the founding Principal of FMG Design, a nationally recognized design consultation firm. Ferdinand is a passionate collector of American historical glass specializing in bitters bottles, color runs and related classic figural bottles. He is married to Elizabeth Jane Meyer and lives in Houston, Texas with their daughter and three wonderful grandchildren. The Meyers are also very involved in Quarter Horses, antiques and early United States postage stamps. Ferdinand is the past 6-year President of the Federation of Historical Bottle Collectors and is one of the founding members of the FOHBC Virtual Museum.
View all posts by Ferdinand Meyer V →
This entry was posted in Bitters, Bottle Shows, Collectors & Collections, Digging and Finding, History, News and tagged Jerry Forbes, Meyer Collection, Pikes Peak, Robert E. Lee, Travellers Bitters, walking stick. Bookmark the permalink.