A Pole Full of Beehives 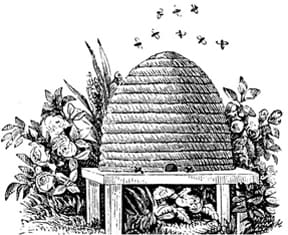 I saw this posting by James Bancroft on his facebook page of a large pole full of beehives (see below) of 152’s and 154’s.

I thought this was pretty neat. A few weeks ago I also saw miles of old poles and insulators on my drive from Winchester, Virginia to Lurray, Virginia on the scenic Stonewall Jackson Memorial Highway. Beehive is a nickname for primarily CD 145’s.

A style of insulator known as a “Beehive” insulator which were the standard insulator used for telegraph use along U.S. railroads. Beehive insulators were produced from the mid 1880’s to around the 1930’s time period.  The beehive insulator was produced by the Western Glass Manufacturing Company (1900-1909) in Denver, Colorado, which was reorganized from the Western Flint Glass Company due to some part because of bad quality control. The majority of W.G.M.CO. beehive insulators were used along railroads scattered around the Colorado area and some surrounding states.

Most W.G.M.CO. insulators have a distinct purple color from years of exposure to the sun. These insulators were made from glass which contained manganese, a decolorizing agent used to produce clear glass. The more manganese in a glass batch and the longer the insulator was exposed to the sun the darker the insulator got, sometimes to a purple blackglass.

This got me thinking about my small collection of insulators and specifically Beehives. I reposted the pole picture from James and some other outstanding CD 145’s to spark our memories of the poles that used to hold this wonderful glass. 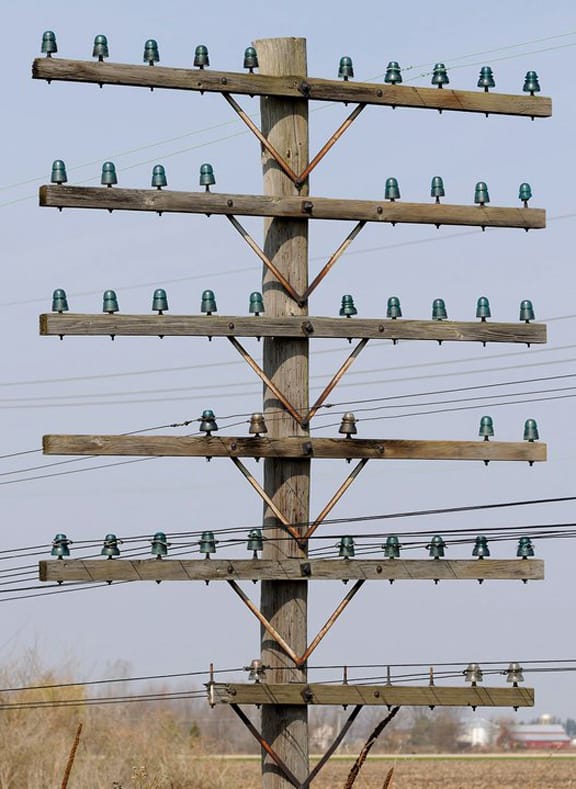 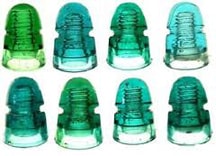 See link for National Insulator Association Convention and Show at bottom of post. 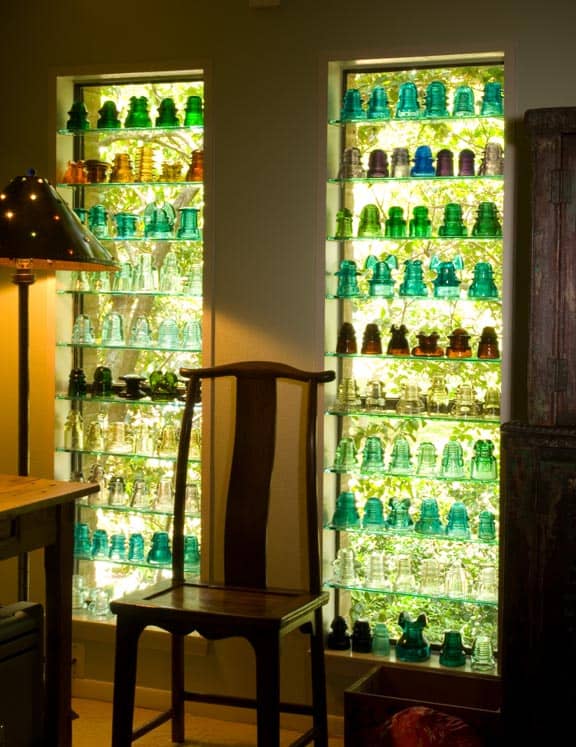 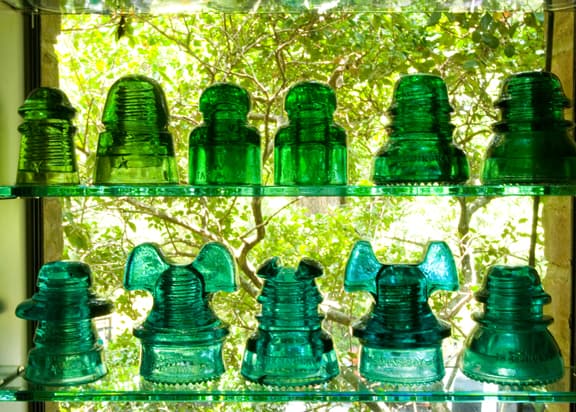 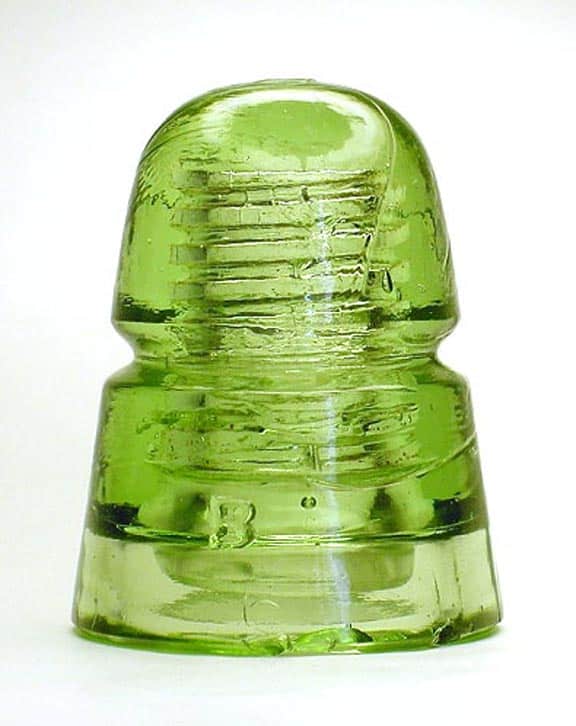 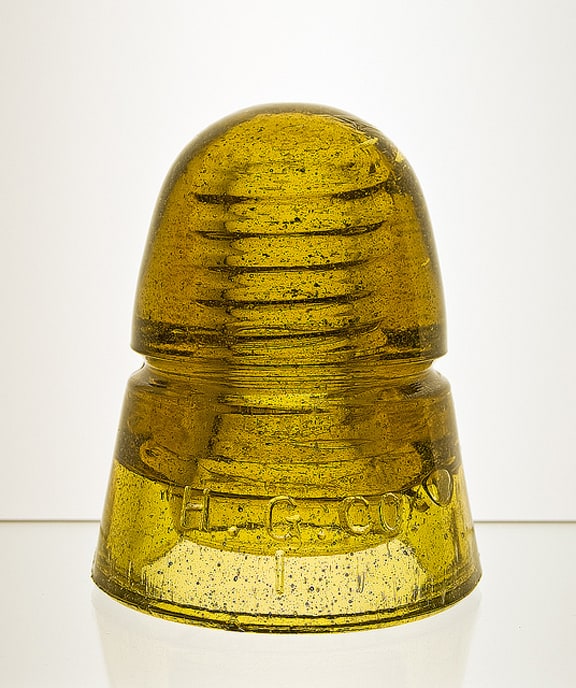 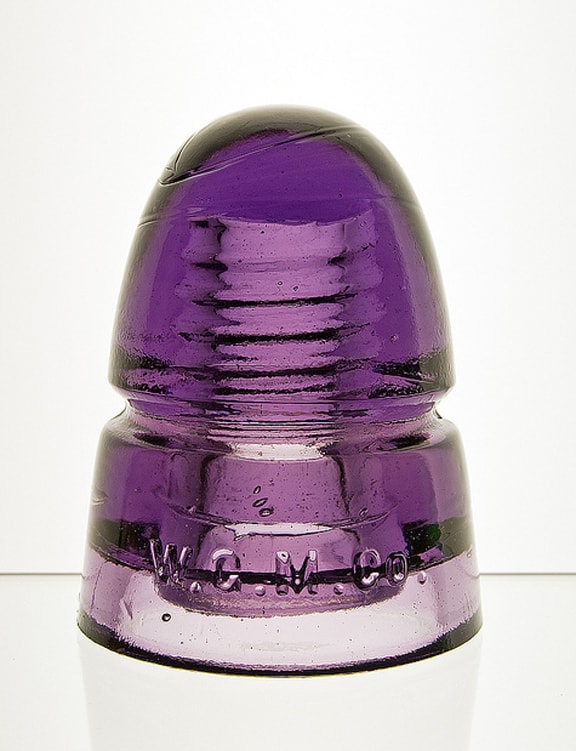 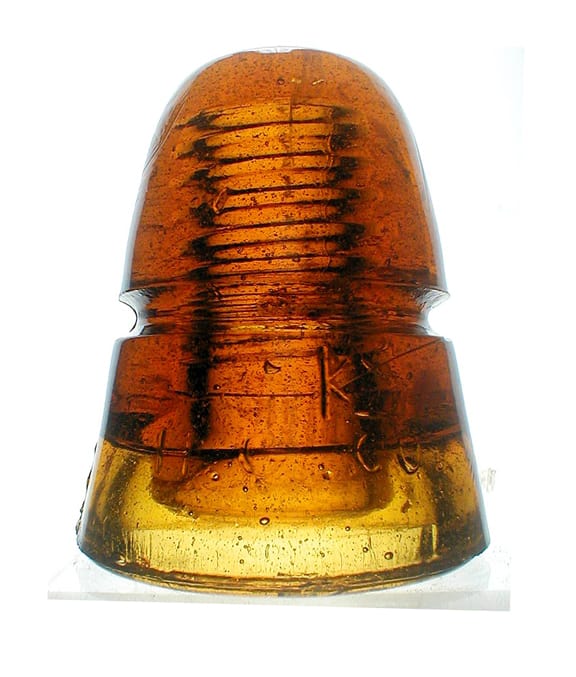 Ferdinand Meyer V is a native of Baltimore, Maryland and has a BFA in Fine Art and Graphic Design from the Kansas City Art Institute and School of Design. Ferdinand is the founding Principal of FMG Design, a nationally recognized design consultation firm. Ferdinand is a passionate collector of American historical glass specializing in bitters bottles, color runs and related classic figural bottles. He is married to Elizabeth Jane Meyer and lives in Houston, Texas with their daughter and three wonderful grandchildren. The Meyers are also very involved in Quarter Horses, antiques and early United States postage stamps. Ferdinand is the past 6-year President of the Federation of Historical Bottle Collectors and is one of the founding members of the FOHBC Virtual Museum.
View all posts by Ferdinand Meyer V →
This entry was posted in Bottle Shows, Glass Companies & Works, Insulators, News, Peachridge Glass and tagged Beehive, CD 145, Colorado, Denver, Hemingray, Insulators, Meyer, National Insulator Show, NIA, polecat, railroads, W.G.M.CO., Western Fling Glass Company, Western Glass Manufacturing Company, Yankee. Bookmark the permalink.