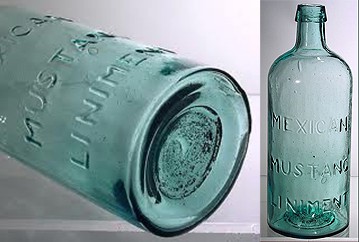 “the Liniment appears to have been mostly crude petroleum oil” 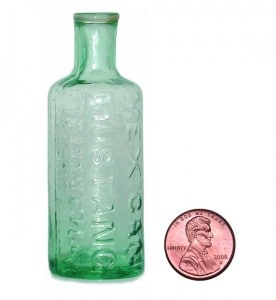 Here’s another all-healing Victorian wonder medicine, this time from the early 1850s, called Mexican Mustang Liniment. The main ingredient was rather startling: the Liniment appears to have been mostly crude petroleum oil. For Man & Beast. There is even a Trade Card (pictured below) showing a fallen lass and a horse with Mexican Mustang Liniment on its way!

The Boston Medical and Surgical Journal (1852, Vol. 47, pp 466-67) describes a case where a man thought he took Mexican Mustang Liniment, and felt much better. But as it was the middle of the night, he couldn’t see what his wife was administering to him. In the morning they discovered that she had grabbed a bottle of ink by mistake – had rubbed it on him, and given him a nice spoonful to drink, too.

It was made in St. Louis (not Mexico) by Dr. A. G. Bragg, and later by the Lyon Manufacturing Company. In 1874, Richard Moore gave a receipt for Mexican Mustang Liniment in The Artizans’ Guide and Everybody’s Assistant. He recommended it highly: take equal parts petroleum, olive oil and carbonate of ammonia. Don’t forget to mix well. 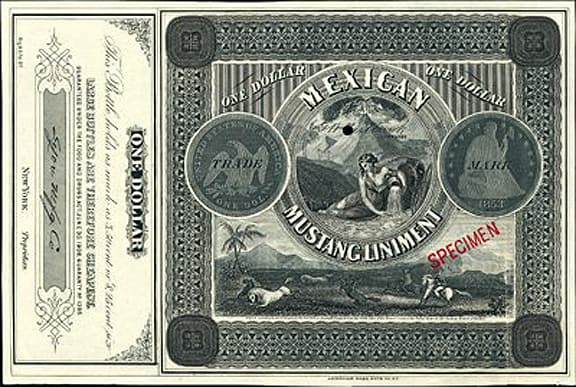 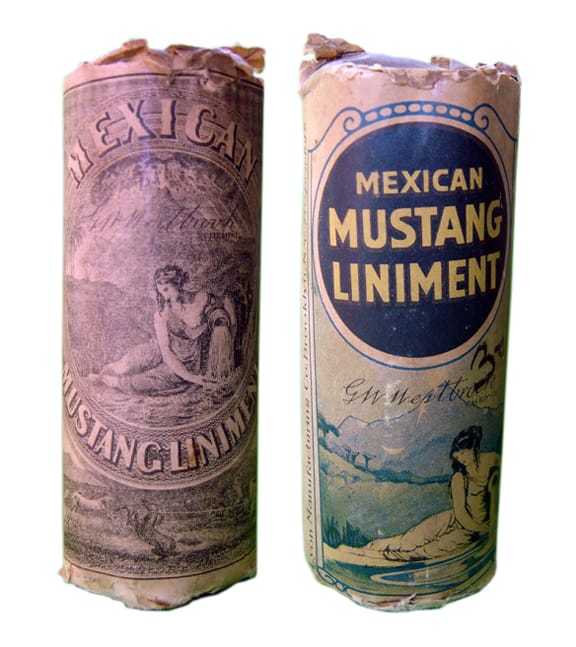 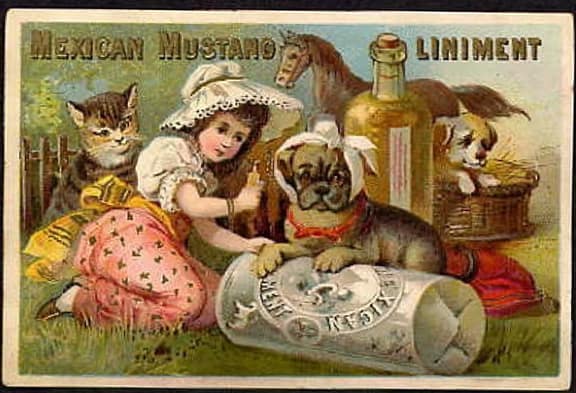 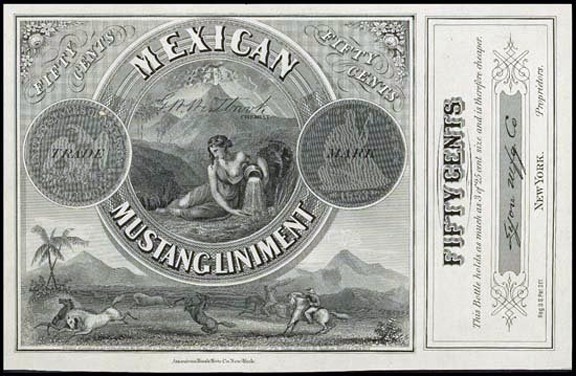 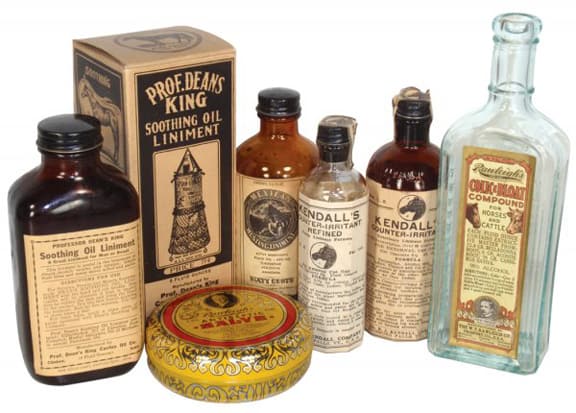 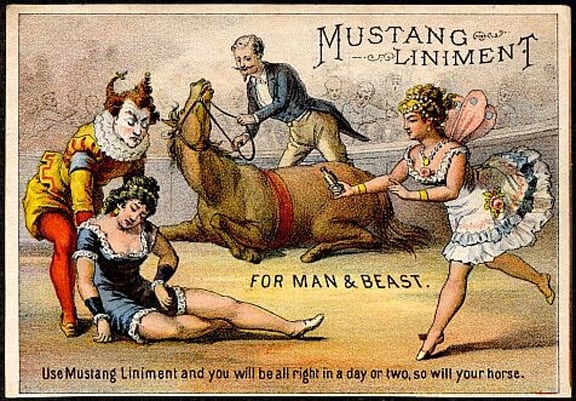 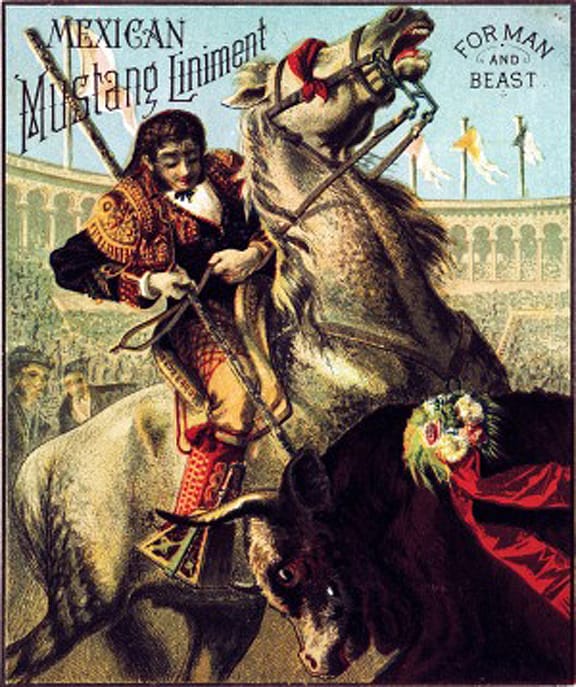 Ferdinand Meyer V is a native of Baltimore, Maryland and has a BFA in Fine Art and Graphic Design from the Kansas City Art Institute and School of Design. Ferdinand is the founding Principal of FMG Design, a nationally recognized design consultation firm. Ferdinand is a passionate collector of American historical glass specializing in bitters bottles, color runs and related classic figural bottles. He is married to Elizabeth Jane Meyer and lives in Houston, Texas with their daughter and three wonderful grandchildren. The Meyers are also very involved in Quarter Horses, antiques and early United States postage stamps. Ferdinand is the past 6-year President of the Federation of Historical Bottle Collectors and is one of the founding members of the FOHBC Virtual Museum.
View all posts by Ferdinand Meyer V →
This entry was posted in Advertising, Ephemera, Glass Companies & Works, Medicines & Cures, Veterinary and tagged Dr. A.G. Bragg, Lyon Manufacturing Company, Mexican Mustang Liniment. Bookmark the permalink.