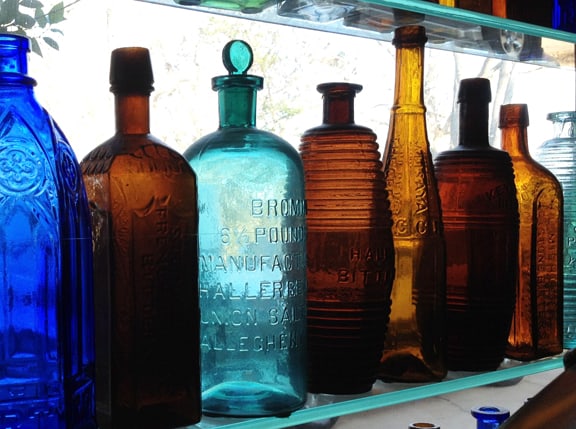 Sitting on one of my bottle shelves is this gorgeous Bromine – Union Salt Works bottle from old Allegheny City (today part of Pittsburgh), Pennsylvania. Not knowing too much, I purchased the bottle from a Glass Works Auction in 2004 because of the color, embossing and stopper which was consider original. Since then, I haven’t seen too many of these (actually none) and wonder if they come in any other colors? Truly a magnificent bottle. 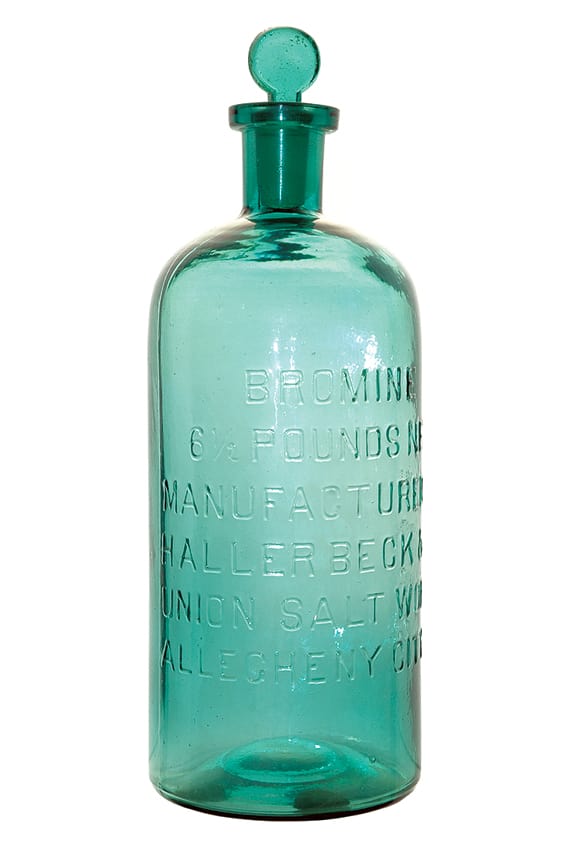 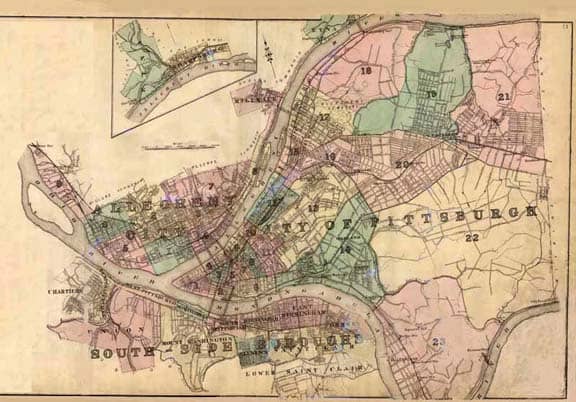 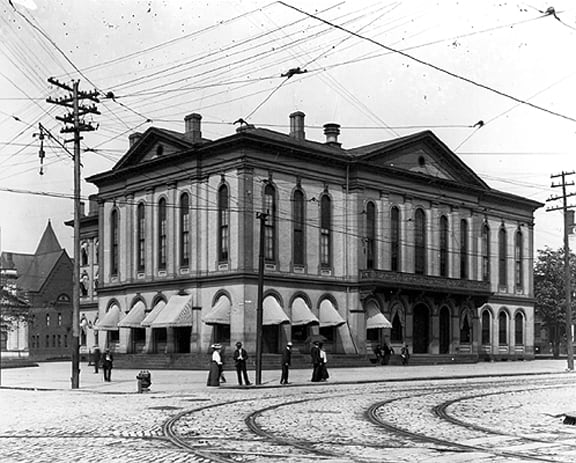 Allegheny City (1788–1907) was a Pennsylvania municipality located on the north side of the junction of the Allegheny and Ohio rivers, across from downtown Pittsburgh

Prior to the 1850s, this area was largely farmland, but was subdivided into residential lots, first for the growing German population and later for the Croats. It was commonly referred to as “Deutschtown”.

A massive urban redevelopment project in the 1960s demolished the core of historic Allegheny City, leaving only the Commons of Allegheny Center and its surrounding neighborhoods to evoke the area’s past. The Carnegie Library, the Old Post Office Building, and the Buhl Planetarium buildings were not demolished. Major portions of the neighborhoods of Allegheny West, Manchester, Central Northside, California-Kirkbride (Old Allegheny Rows), and East Allegheny are listed on the National Register of Historic Places, including the Mexican War Streets in Central Northside. 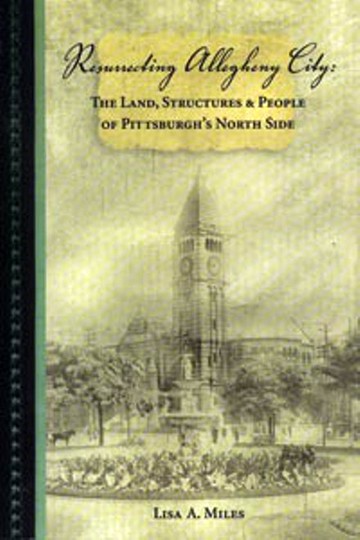 [from The History of Allegheny Co., Pennsylvania By L. H. Everts]

Salt, as everybody knows, is a very essential commodity and bears about the same relation to human existence as iron does to commerce, as compared with more costly articles of everyday use. In and around Pittsburgh, it is obtained in abundance and of excellent quality, in aqueous form, from wells or springs in the midst of coal, oil and gas. It has been a common thing of late years for parties boring for oil or gas to strike salt-springs, and vice versa. The first discovery of a salt-spring in Pennsylvania occurred in 1816, at or near the town of Saltzburg, Indian County: a Colonel Johnson, from Philadelphia, being the discover.

Today the produce is immense, the largest works hereabouts devoted exclusively to its being probably those Messrs. Haller, Beck & Co. of Allegheny City and South Pittsburgh known as the Union Salt Works

Today the produce is immense, the largest works hereabouts devoted exclusively to its being probably those Messrs. Haller, Beck & Co. of Allegheny City and South Pittsburgh known as the Union Salt Works which yield about three hundred barrels a day, or about nine thousand barrels or twelve thousand  tons a year. The works are finely arranged, the well being a flowing one, but a large steam-pump is also used, in order to increase the capacity of the establishment. Mr. A. Haller is the founder of this establishment, or, at all events, the originator of the present concern, and gives his attention to the operation of the works, while Mr. Beck attends to the business.

Ferdinand Meyer V is a native of Baltimore, Maryland and has a BFA in Fine Art and Graphic Design from the Kansas City Art Institute and School of Design. Ferdinand is the founding Principal of FMG Design, a nationally recognized design consultation firm. Ferdinand is a passionate collector of American historical glass specializing in bitters bottles, color runs and related classic figural bottles. He is married to Elizabeth Jane Meyer and lives in Houston, Texas with their daughter and three wonderful grandchildren. The Meyers are also very involved in Quarter Horses, antiques and early United States postage stamps. Ferdinand is the past 6-year President of the Federation of Historical Bottle Collectors and is one of the founding members of the FOHBC Virtual Museum.
View all posts by Ferdinand Meyer V →
This entry was posted in Collectors & Collections, History, Utility Bottles and tagged Allegheny City, Bromide, Haller Beck & Co., Meyer Collection, Pittsburgh, salt. Bookmark the permalink.