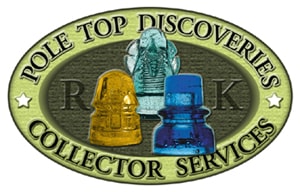 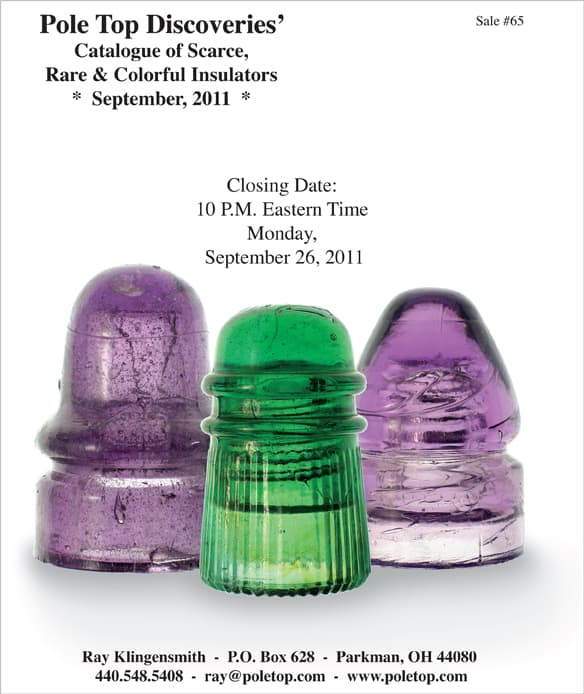 I found these three (3), and there are many more, extraordinary insulators within the auction. 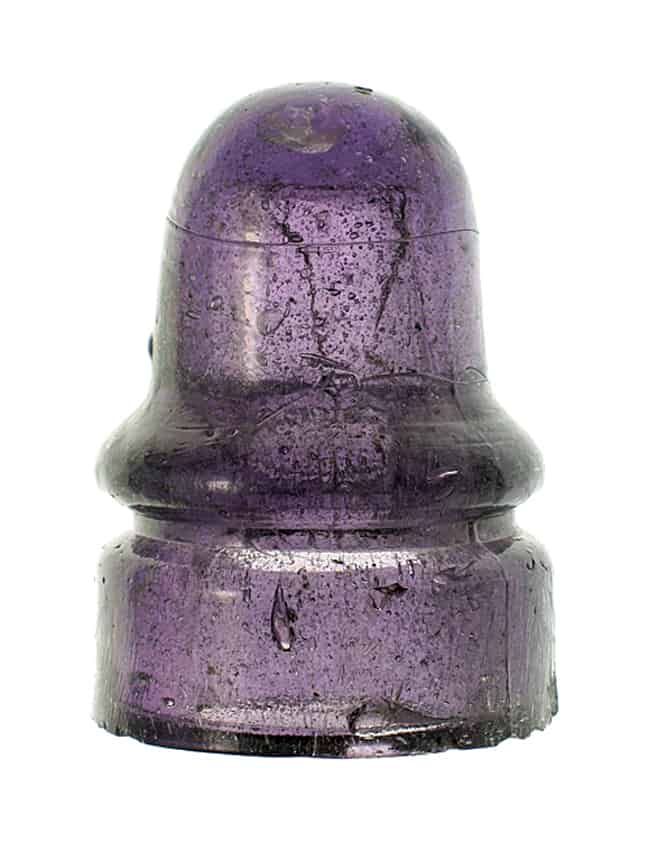 #2 CD 726 Unmarked Bright purple The CD 726 has been found in widespread areas along Canadian railways, ranging from Ontario to the Maritime Provinces. Some have surfaced on railways which were completed in 1869 and 1870, indicating this style was likely produced into the late 1860’s and possibly the early 1870’s.

They have been found in a rainbow of exotic colours, ranging from the more readily available aquas, various blues, a couple green shades, purple, and cranberry red. Blackglass purple and a couple variations of blackglass olive and olive amber have also been reported.

The Canada Glass Works, in what is now Hudson, Quebec, is known to have produced threadless insulators including some CD 726’s. The company manufactured various types of glassware including bottles and ornamental wares such as lamps, thus utilizing a wide range of glass colours.

Found in the 1990’s by the Plunkett family and previously sold in the 1998 Pole Top Discoveries’ Yearbook.

A couple internal stress fractures and a couple surface fish-eyes. This purple example is in better condition than any offered for sale in the past several years! The small number of known purple examples are currently locked solidly into collections. Dale Evoy collection. 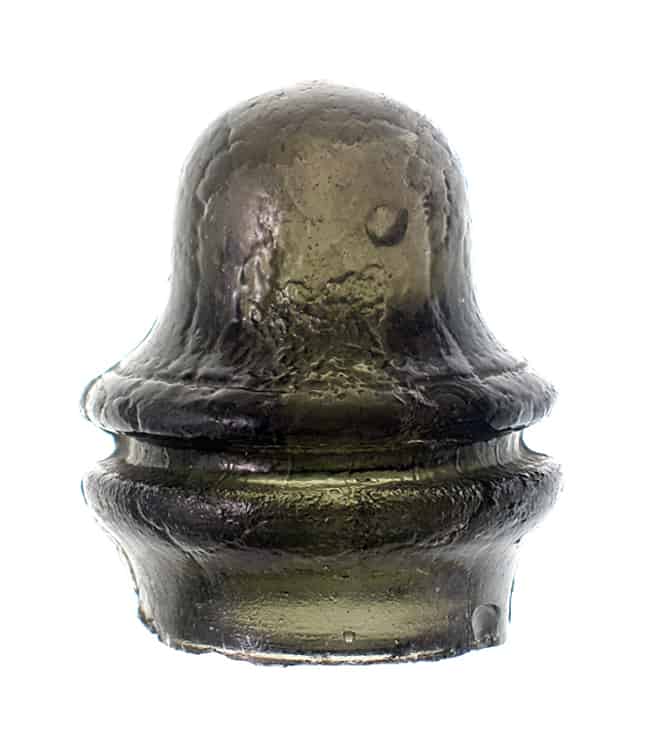 Insulator collector Morgan Davis reports digging this item along a railway in Nova Scotia many years ago. To date, it is the only example known. The highly unusual colouration places it as one of the most desirable Canadian threadless in existence. 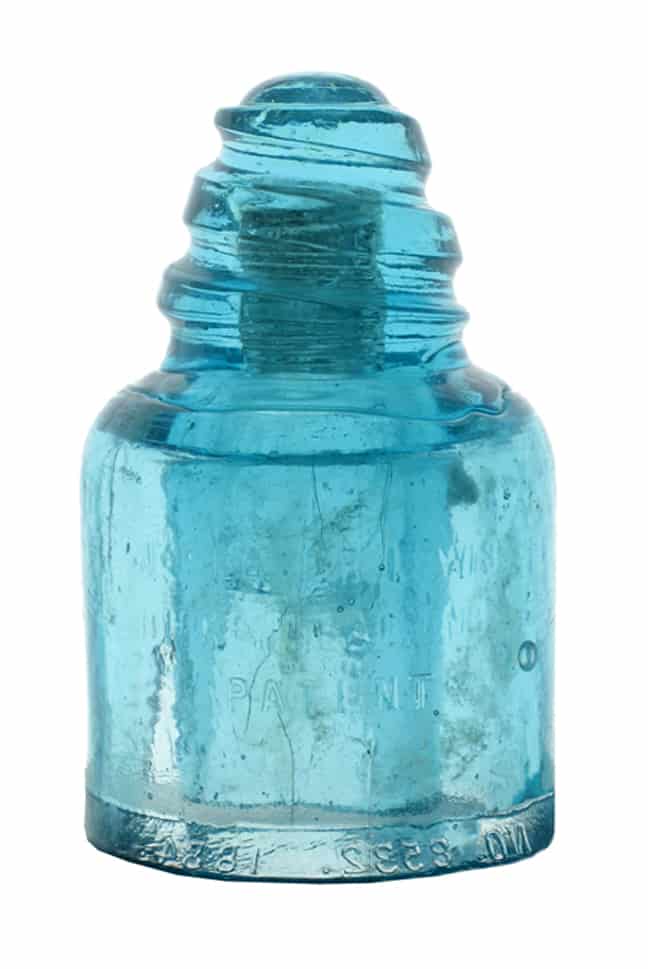 A United States patent was issued on May 1, 1883 to J. Slater Lewis for an insulator with a spiral top and accompanying metal clip for attachment to a line wire. The base embossing is in reference to a patent issued to Lawrence Gray and Joseph Ham of Boston, Massachusetts for a method of forming threads in glass insulators using a contractible threaded plunger.

Approximately 10 of these insulators were found in 2010 at the site of the Lyndeborough Glass factory in Lyndeborough, New Hampshire. Most were specimens with heavy damage. This insulator was the best example recovered. Only a couple other units were in respectable condition. A great and historical rarity, which should be of special interest to CD collectors and those seeking unique rarities. One of the most exciting insulator discoveries in recent years! Repair to a portion of the reverse skirt area.

Ray also publishes the best auction catalogue…period. They are works of art and belong in a museum book store. As noted on their web site…

The all color, high quality printed Catalogue for Sale #65, with 144 pages, can still be ordered! Don’t miss this large Catalogue loaded with huge color pictures and a wealth of historical information. Price is still only $32 ppd. in the U.S, or $38 when shipped to Canada. International, please inquire. Preferred form of payment is a check payable to “Ray Klingensmith.” Those who desire to use PayPal, please add an additional fee of $1, using the email account shown below. THANKS! 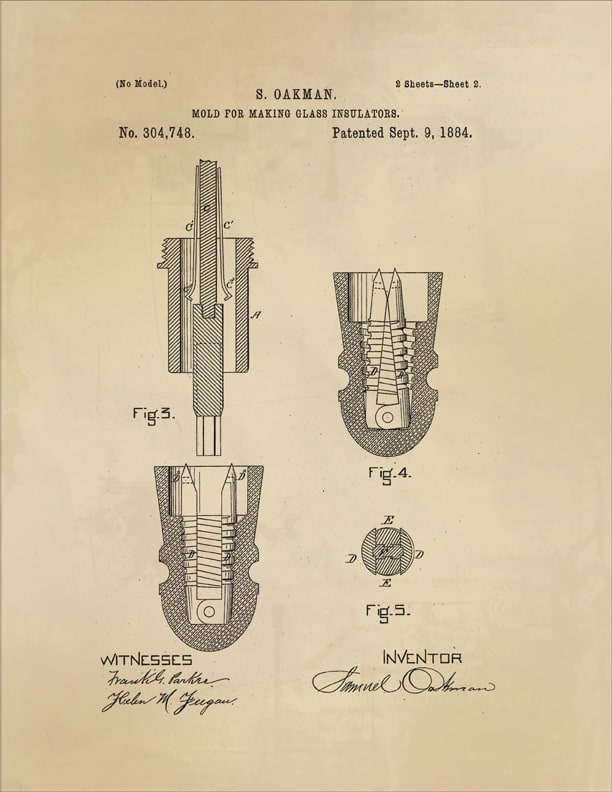 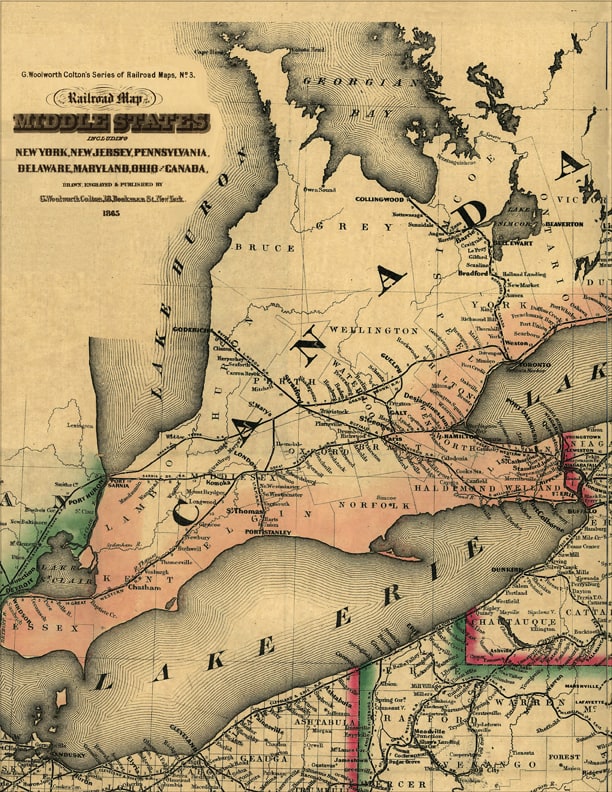 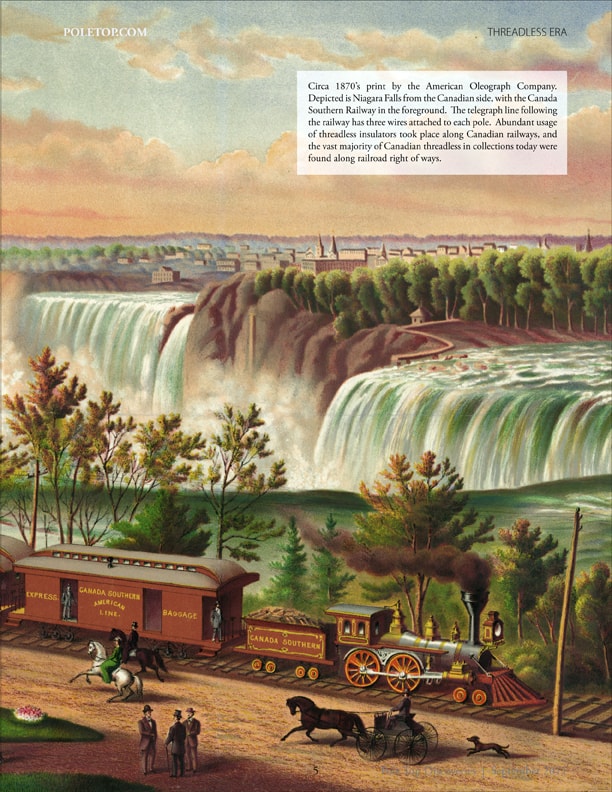 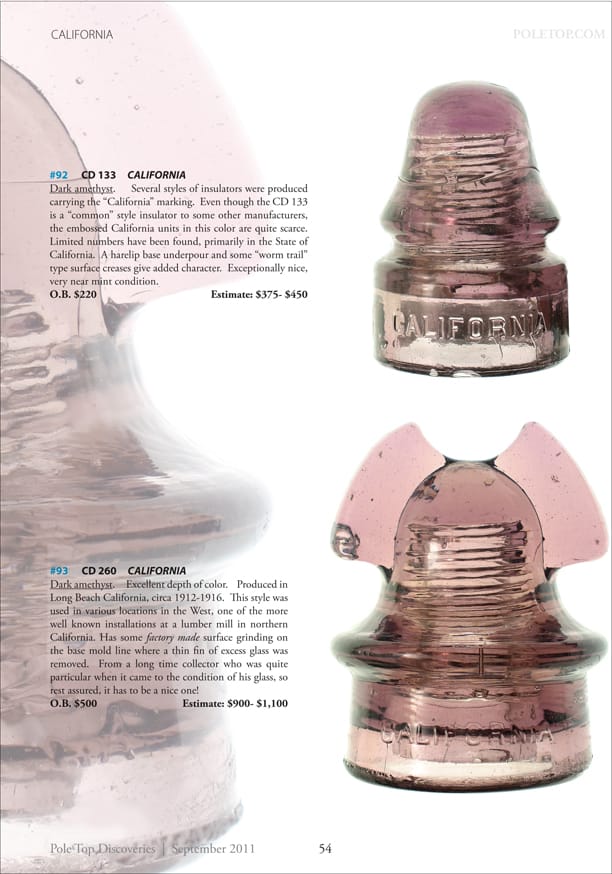 Ferdinand Meyer V is a native of Baltimore, Maryland and has a BFA in Fine Art and Graphic Design from the Kansas City Art Institute and School of Design. Ferdinand is the founding Principal of FMG Design, a nationally recognized design consultation firm. Ferdinand is a passionate collector of American historical glass specializing in bitters bottles, color runs and related classic figural bottles. He is married to Elizabeth Jane Meyer and lives in Houston, Texas with their daughter and three wonderful grandchildren. The Meyers are also very involved in Quarter Horses, antiques and early United States postage stamps. Ferdinand is the past 6-year President of the Federation of Historical Bottle Collectors and is one of the founding members of the FOHBC Virtual Museum.
View all posts by Ferdinand Meyer V →
This entry was posted in Auction News, Insulators, News. Bookmark the permalink.