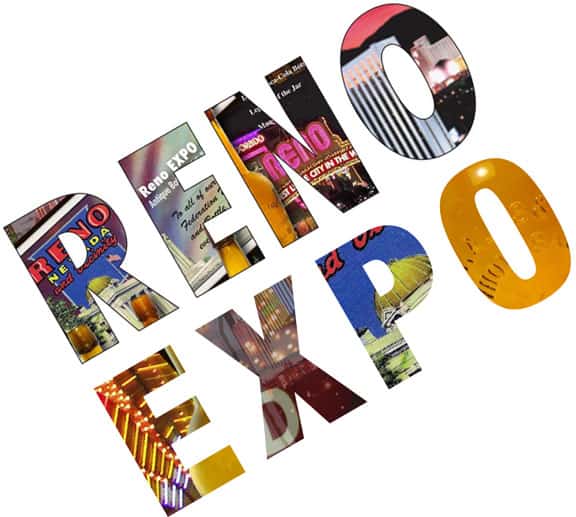 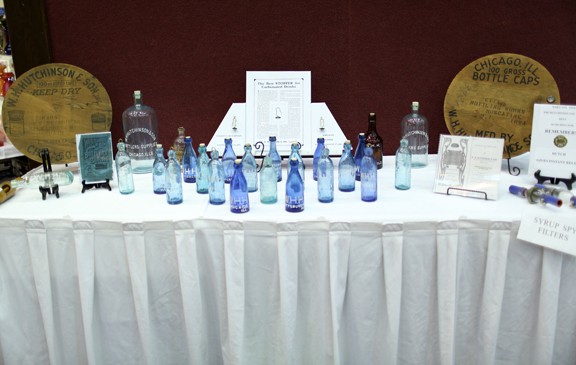 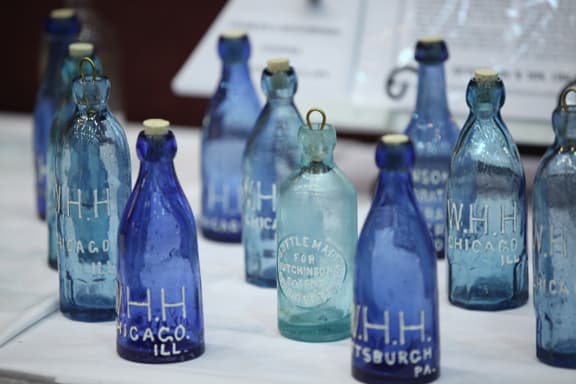 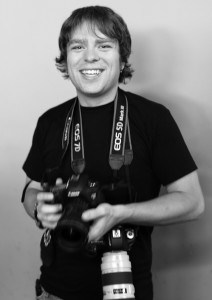 Here is the next in the series of expanded coverage of the wonderful displays at the 2012 FOHBC Reno Expo this past July. There were at least thirty outstanding displays which I found quite incredible.

These pictures of the Zang Wood (Farmington, New Mexico) W.H. Hutchinson Display are credited to Scott Selenak (FOHBC photographer pictured to the left). 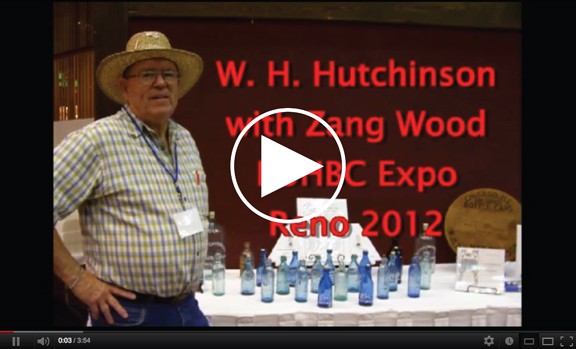 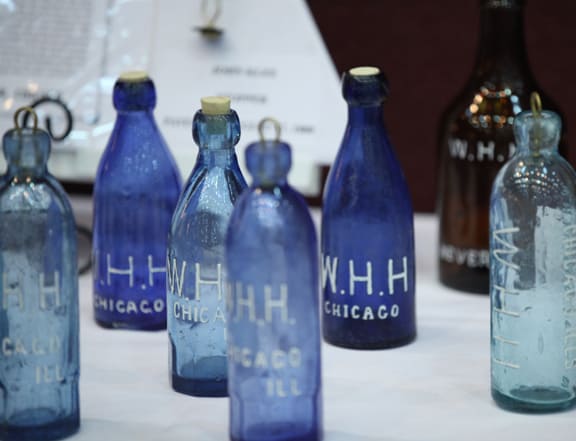 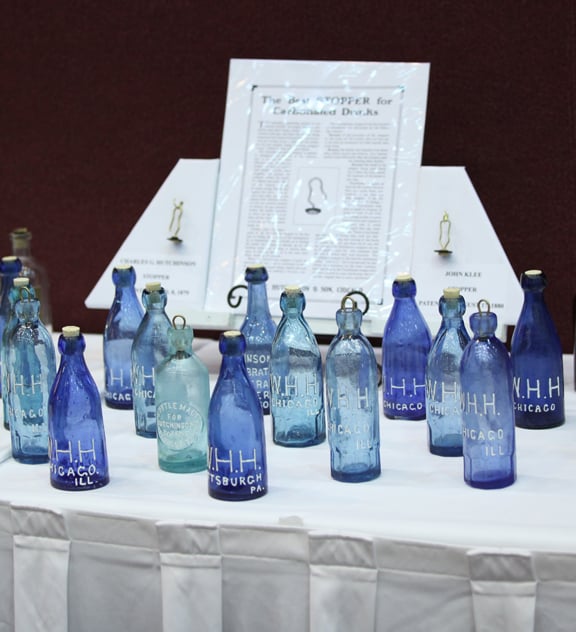 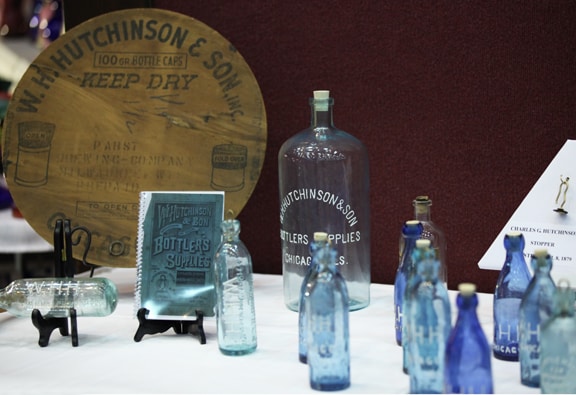 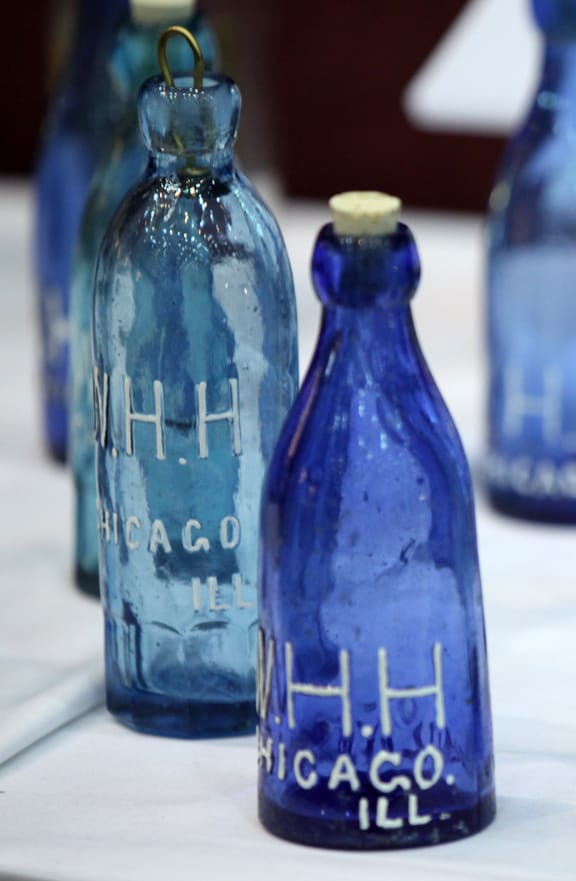 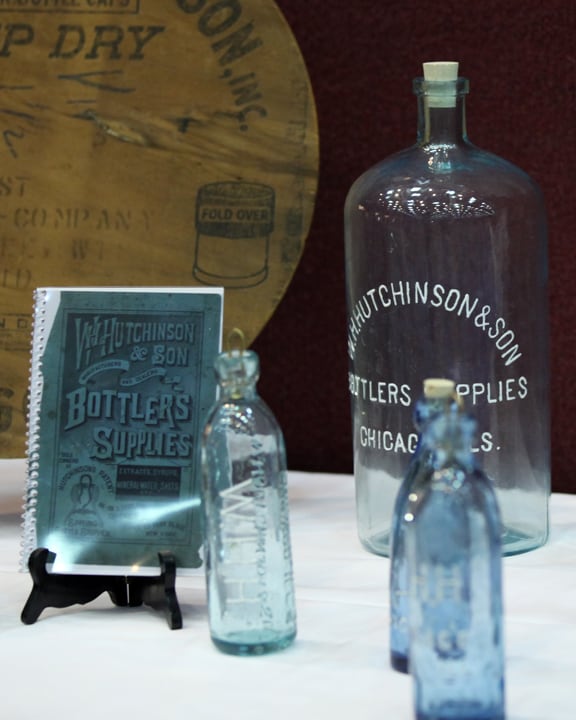 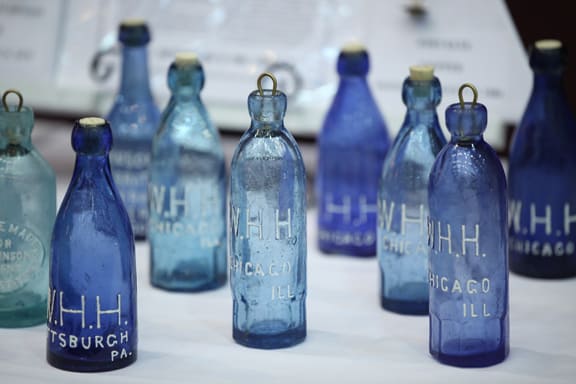 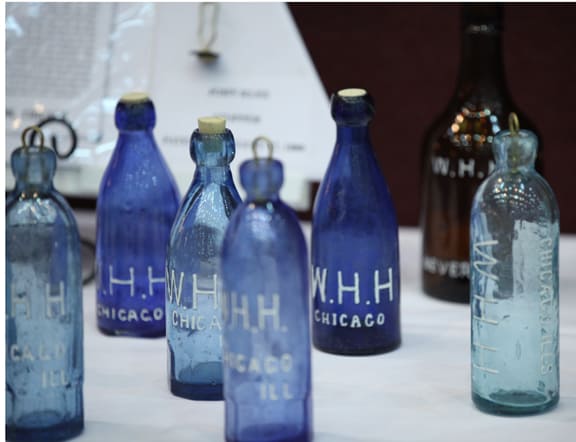 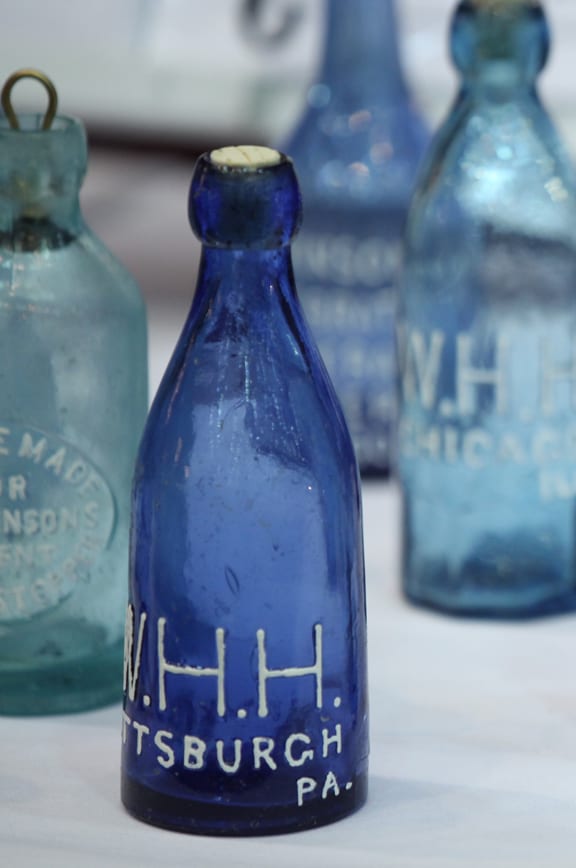 Ferdinand Meyer V is a native of Baltimore, Maryland and has a BFA in Fine Art and Graphic Design from the Kansas City Art Institute and School of Design. Ferdinand is the founding Principal of FMG Design, a nationally recognized design consultation firm. Ferdinand is a passionate collector of American historical glass specializing in bitters bottles, color runs and related classic figural bottles. He is married to Elizabeth Jane Meyer and lives in Houston, Texas with their daughter and three wonderful grandchildren. The Meyers are also very involved in Quarter Horses, antiques and early United States postage stamps. Ferdinand is the past 6-year President of the Federation of Historical Bottle Collectors and is one of the founding members of the FOHBC Virtual Museum.
View all posts by Ferdinand Meyer V →
This entry was posted in Bottle Shows, Bottling Works, Club News, Collectors & Collections, FOHBC News, Hutches, Soda Water, Technology. Bookmark the permalink.