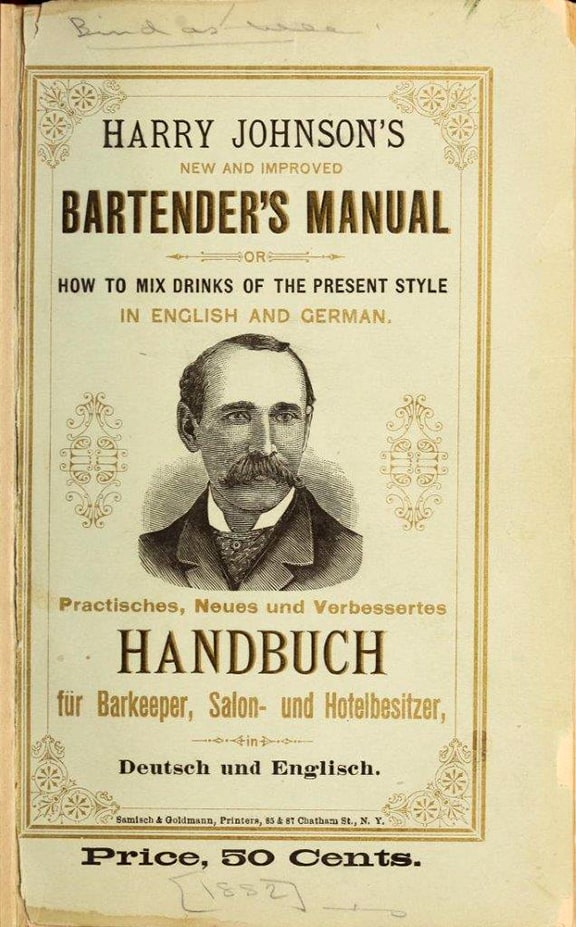 It was interesting to come across and read online the New and Improved Illustrated Bartender’s Manual or How to Mix Drinks of the Present Style. It was published in New York City in 1882 by Harry Johnson who was a professional bartender. The manual was printed in English and German by Samisch & Goldmann and sold for 50 cents. I pulled out a few illustrations here though you can read cover-to-cover here. READ

[Wikipedia] Harry Johnson was an American bartender who owned and operated saloons across the United States in the late 19th century and the early 20th century. He is best known for the New and Improved Bartenders’ Manual, an influential book that contained many original cocktail recipes, as well as the first written recipes of such cocktails as the marguerite and a version of the martini. Perhaps even more importantly, it was the first book to offer bar management instructions. Johnson opened the first ever consulting agency for bar management. Imbibe magazine has called him one of the most influential cocktail personalities of the last 100 years,  and he has been called “the father of professional bartending”. 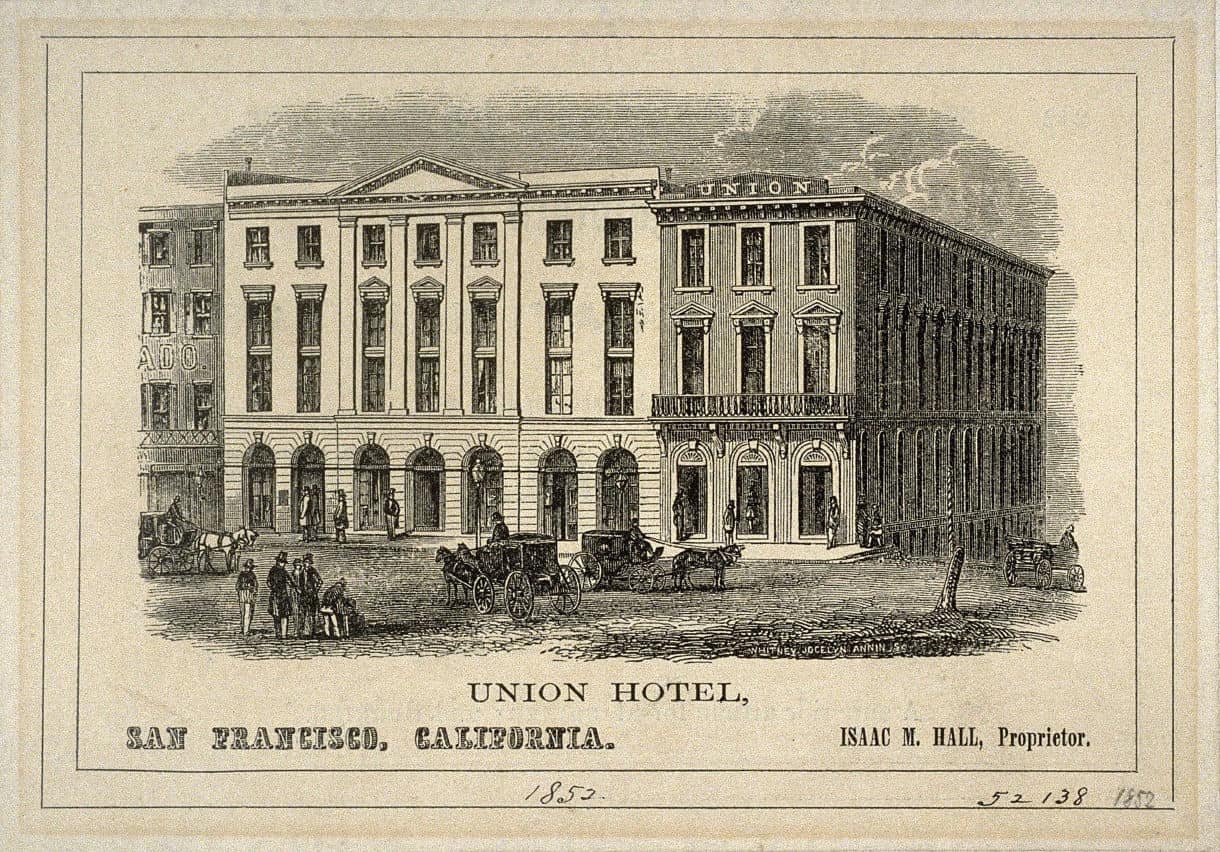 Johnson was born in Prussia. A sailor, he was left by his ship in San Francisco in 1861 to recover from a broken arm and hip. Starting as a kitchen-boy in the Union Hotel, he worked his way up to bartender and then manager. It was in San Francisco that he first met Jerry Thomas, his rival, whose work he would continue.

After eight years, Johnson moved to Chicago and opened a bar of his own, which became very successful. Now a celebrity, Johnson gave lectures and wrote articles and recipes for local newspapers. In 1869, he claimed that he had challenged the five best American bartenders in New Orleans and won, becoming “the champion of the United States.” No other source confirms this, though. 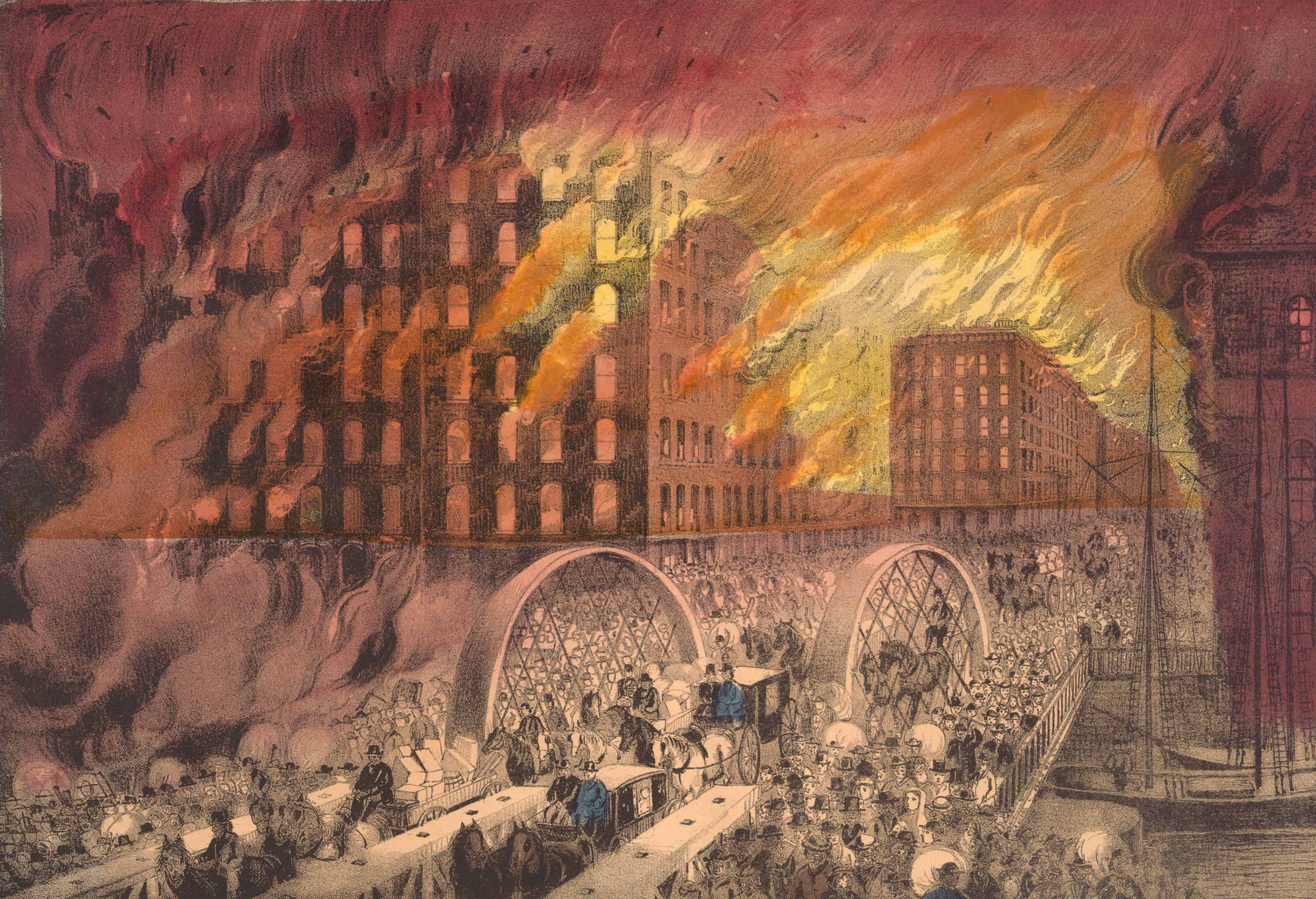 When his bar burned in the Great Chicago Fire in 1871, Johnson went to New York City. In 1877, he bought Little Jumbo, a bar where Thomas used to work. Upon hearing that, the Professor publicly renounced any association with the bar. Their rivalry peaked in 1880, when Thomas threw a bowl of Tom and Jerry on the floor of Johnson’s bar, calling him an amateur because that drink should only be served when the temperature drops below zero.

In 1890, Johnson decided to retire from bartending and opened a bar management consulting agency, thereby becoming the first bar consultant in history.

His New and Improved Bartender’s Manual, or How to Mix Drinks in the Present Style was published in 1882. The manual provided hundreds of cocktail recipes. However, what made it seminal were its detailed instructions on how to become a proper bartender, such as: “The opening of a new place”, “How ale and porter should be drawn”, “Hints about training a boy to the business”, “Handing bar-spoons to customers”, “To keep ants and other insects out of mixing bottles” etc.

The book contained the first written recipes of such cocktails as the bijou (invented by Johnson), the marguerite (in the 1900 edition), and a version of the martini (in the 1888 edition). The invention of the martini was sometimes wrongly attributed to him – or to Thomas.

Johnson claimed to have written and published an earlier edition, in 1860. If true, it would be the first cocktail guide ever published, pre-dating Thomas’s The Bartender’s Guide by two years. However, no copies of the book have been found. 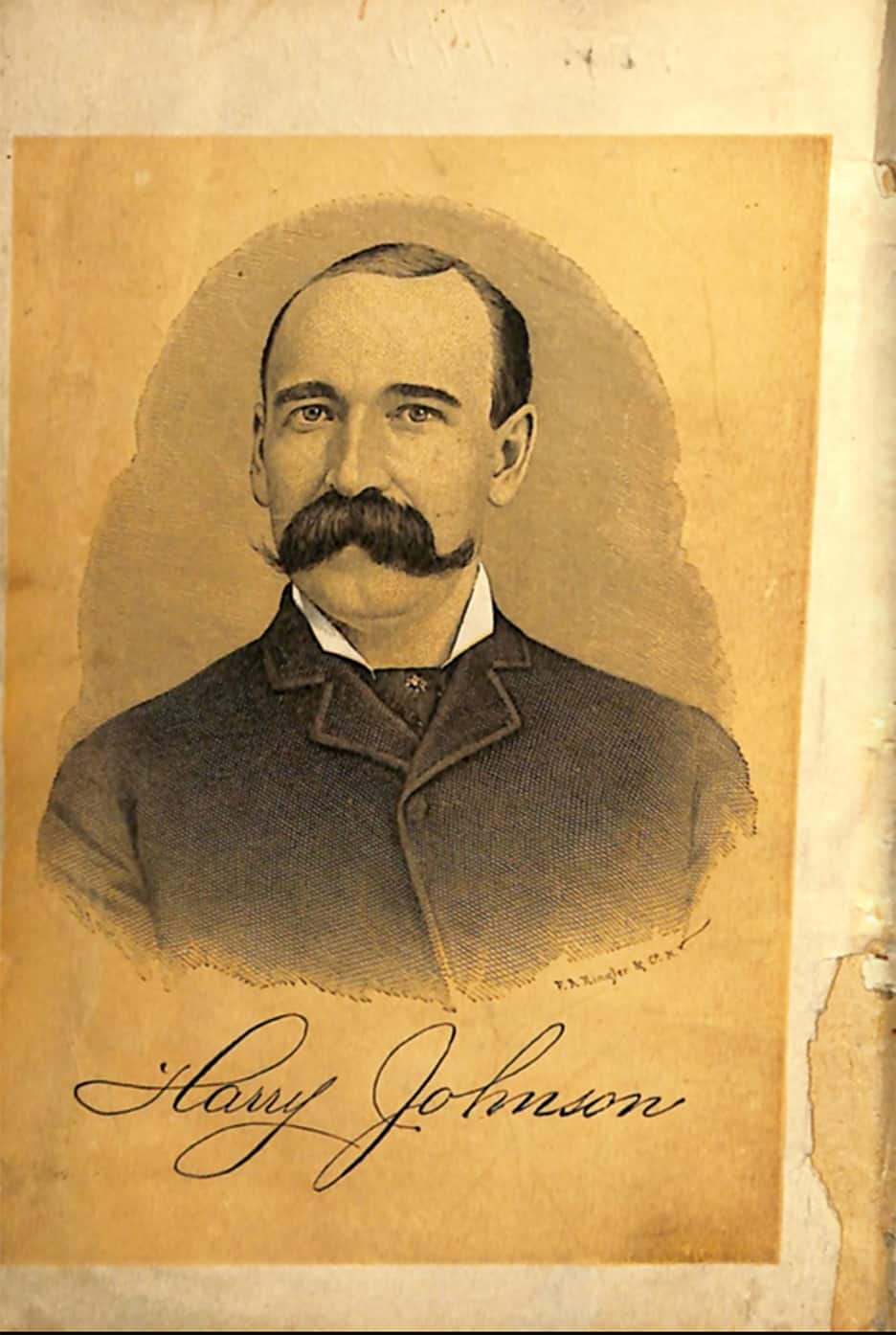 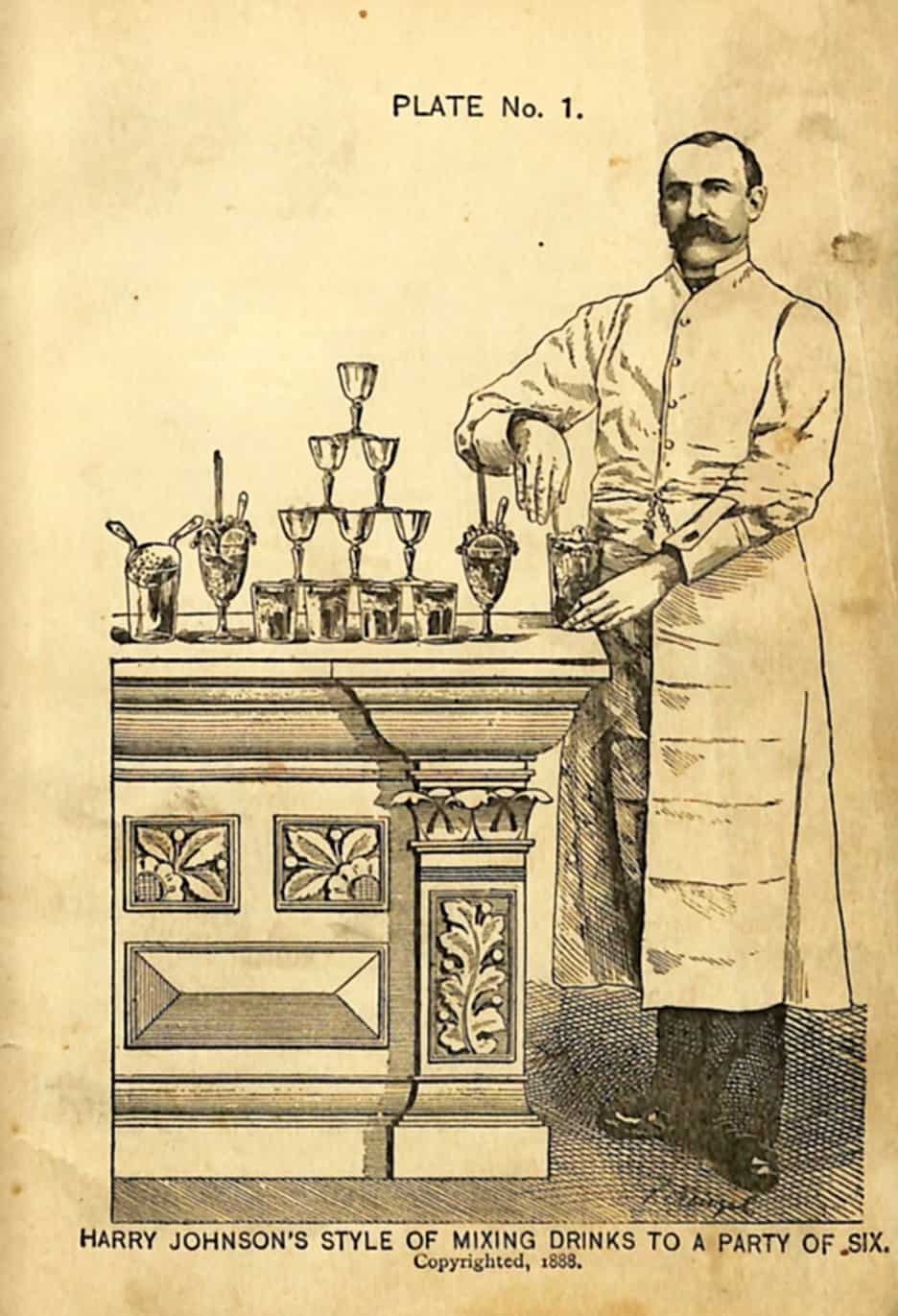 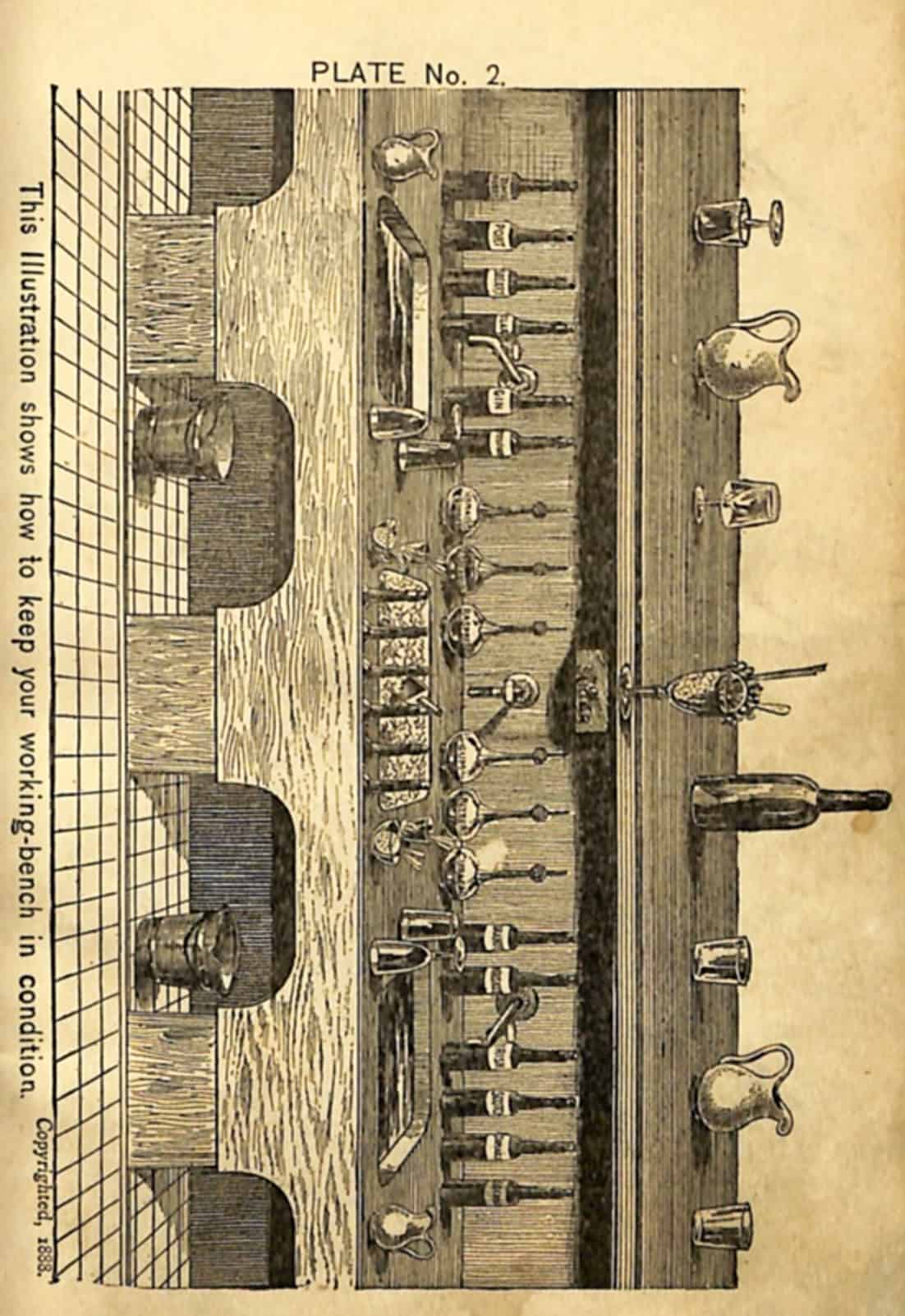 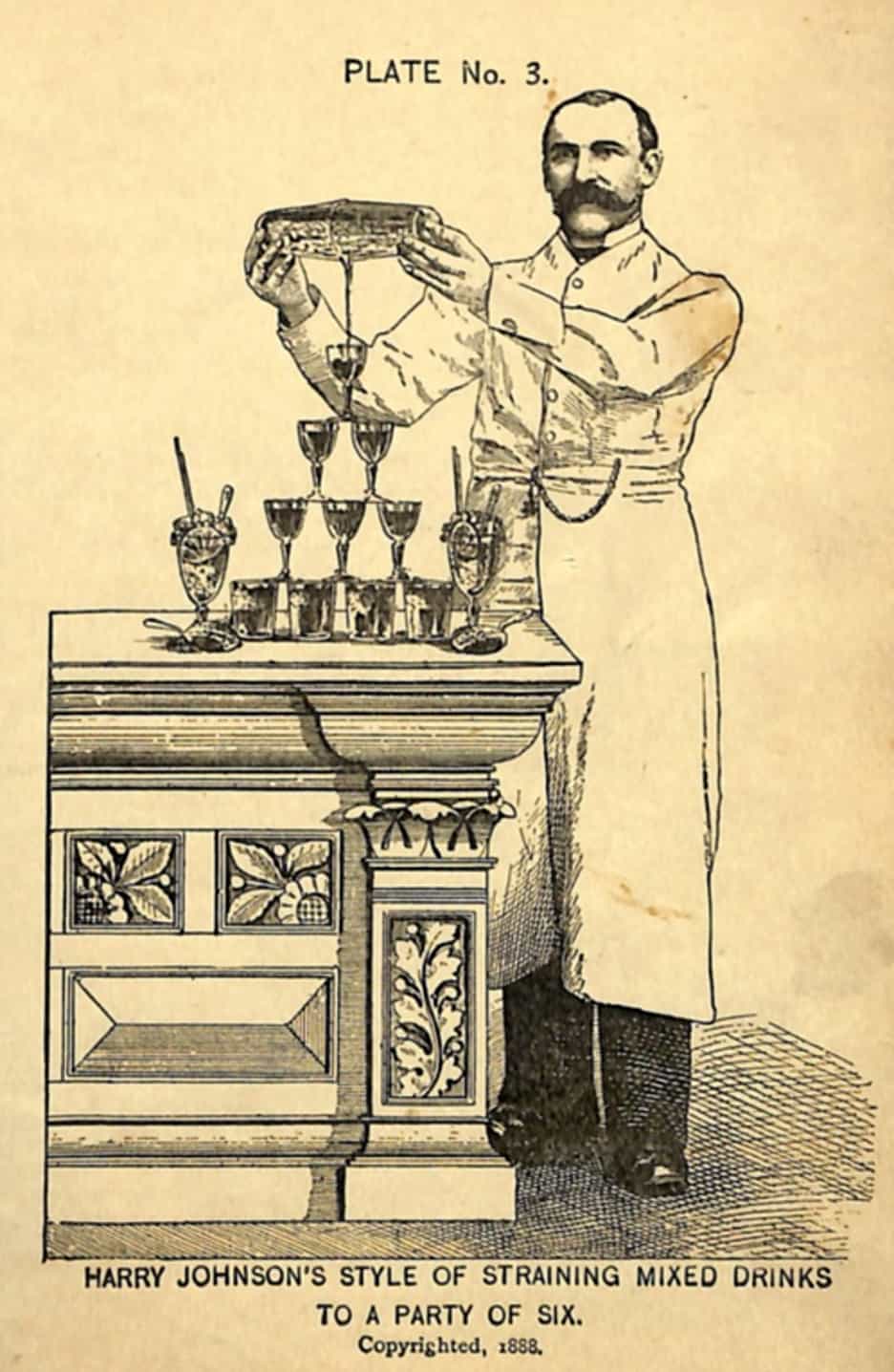 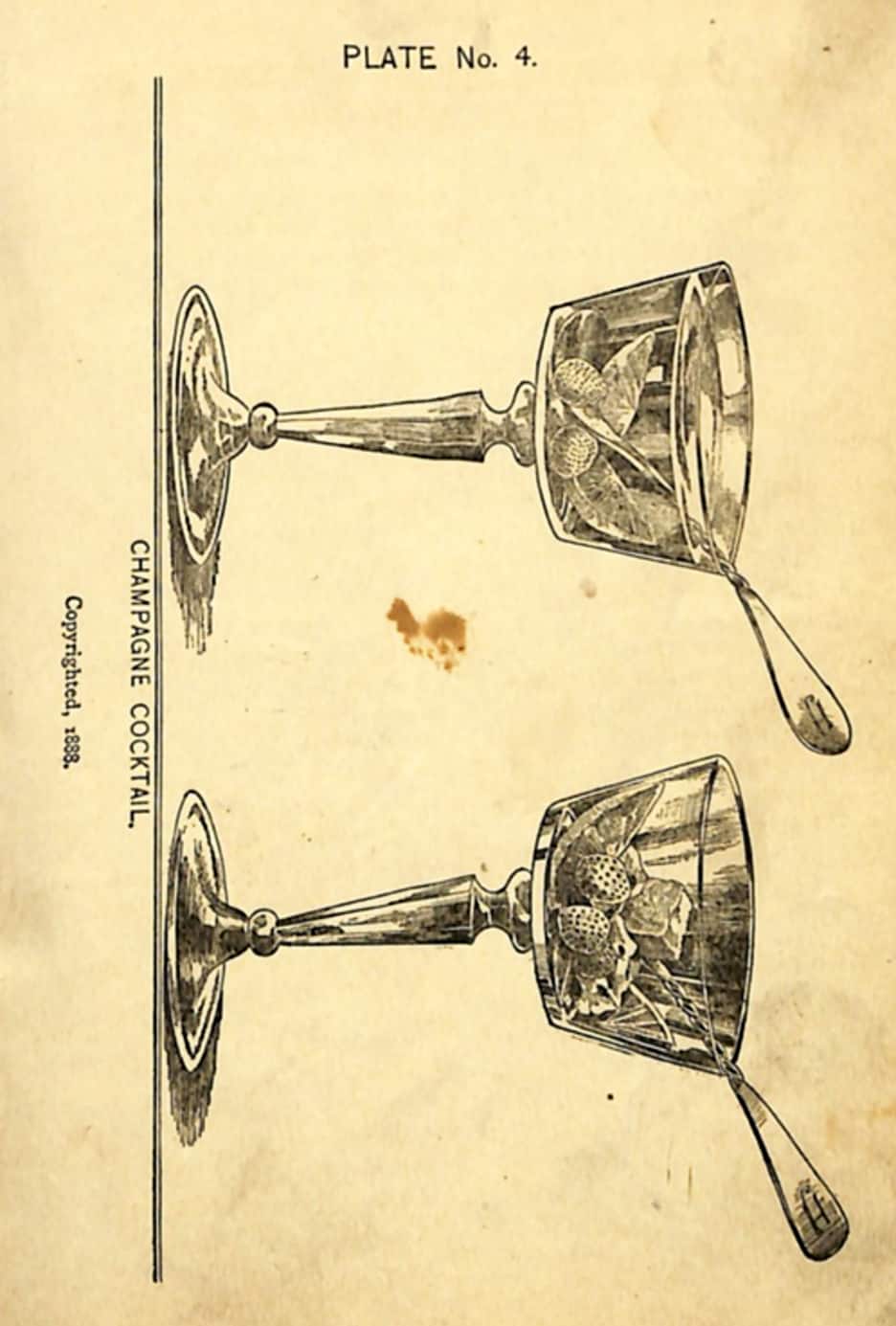 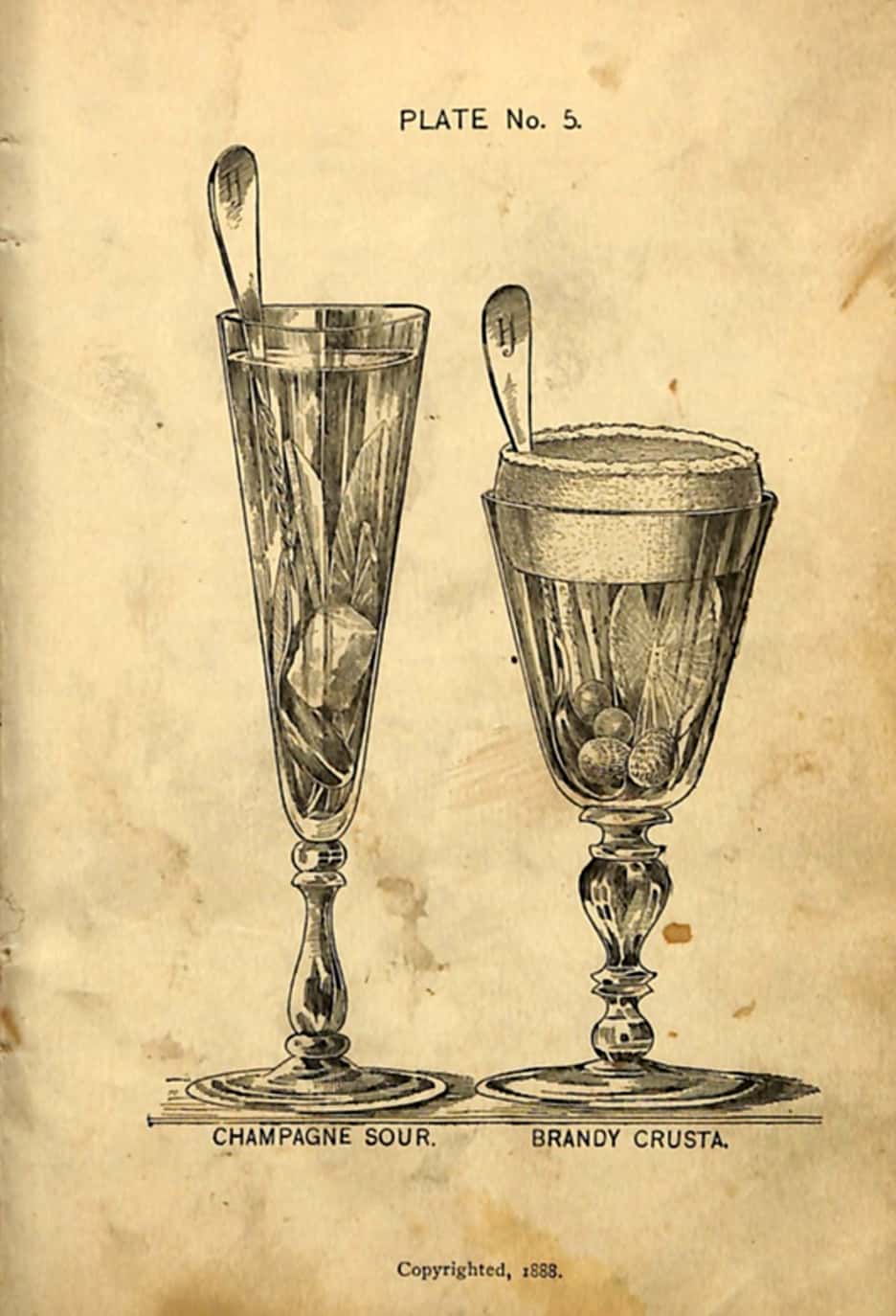 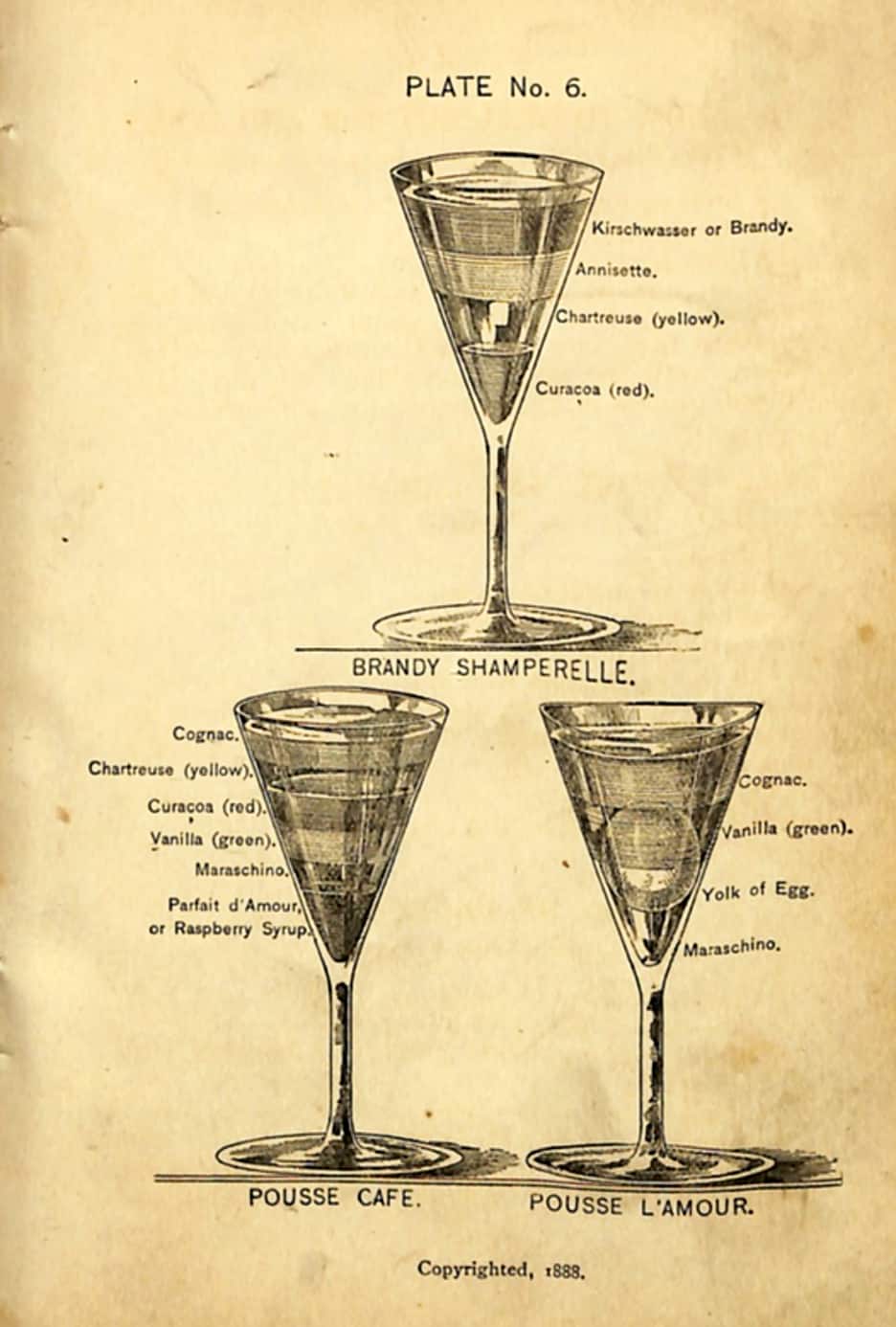 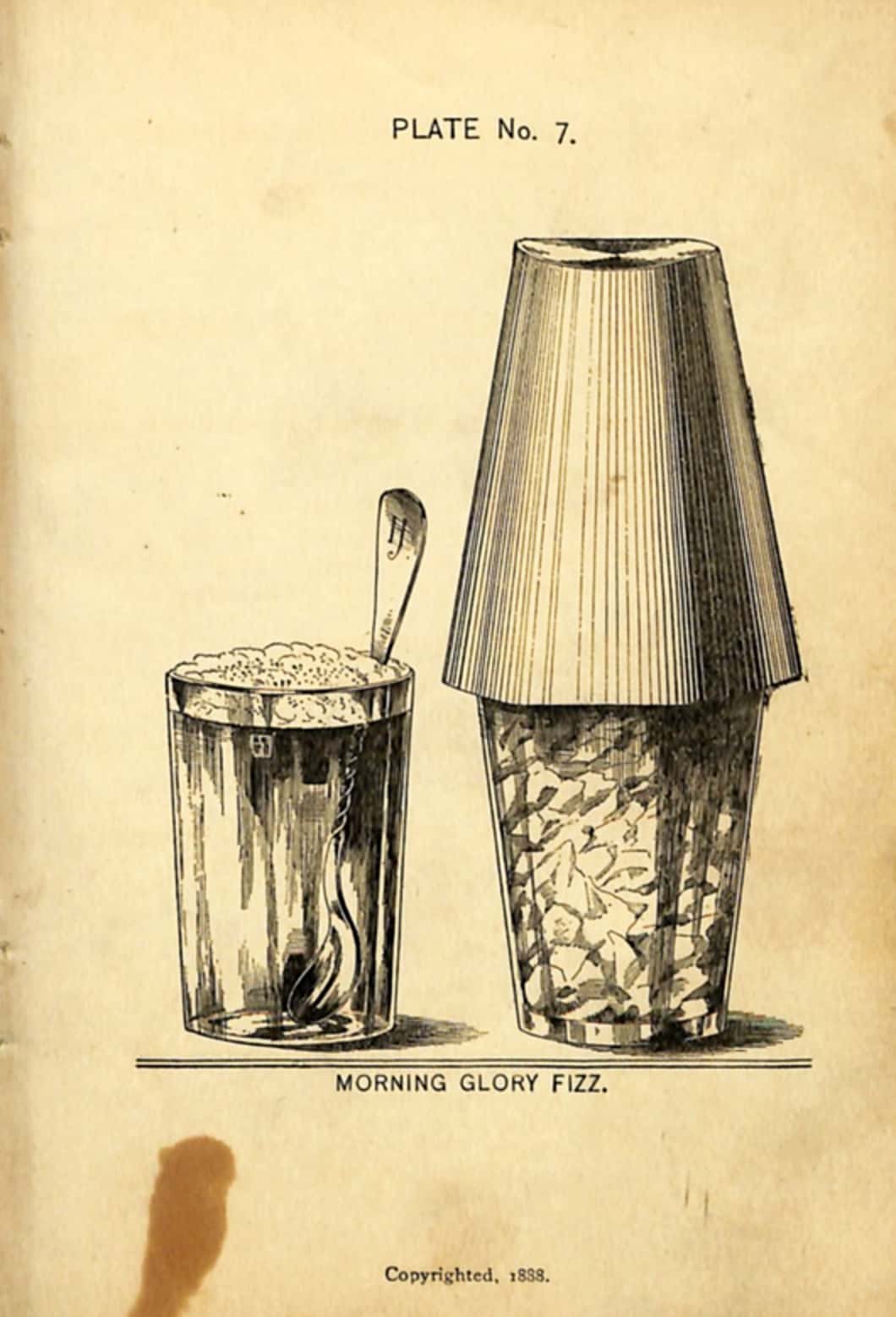 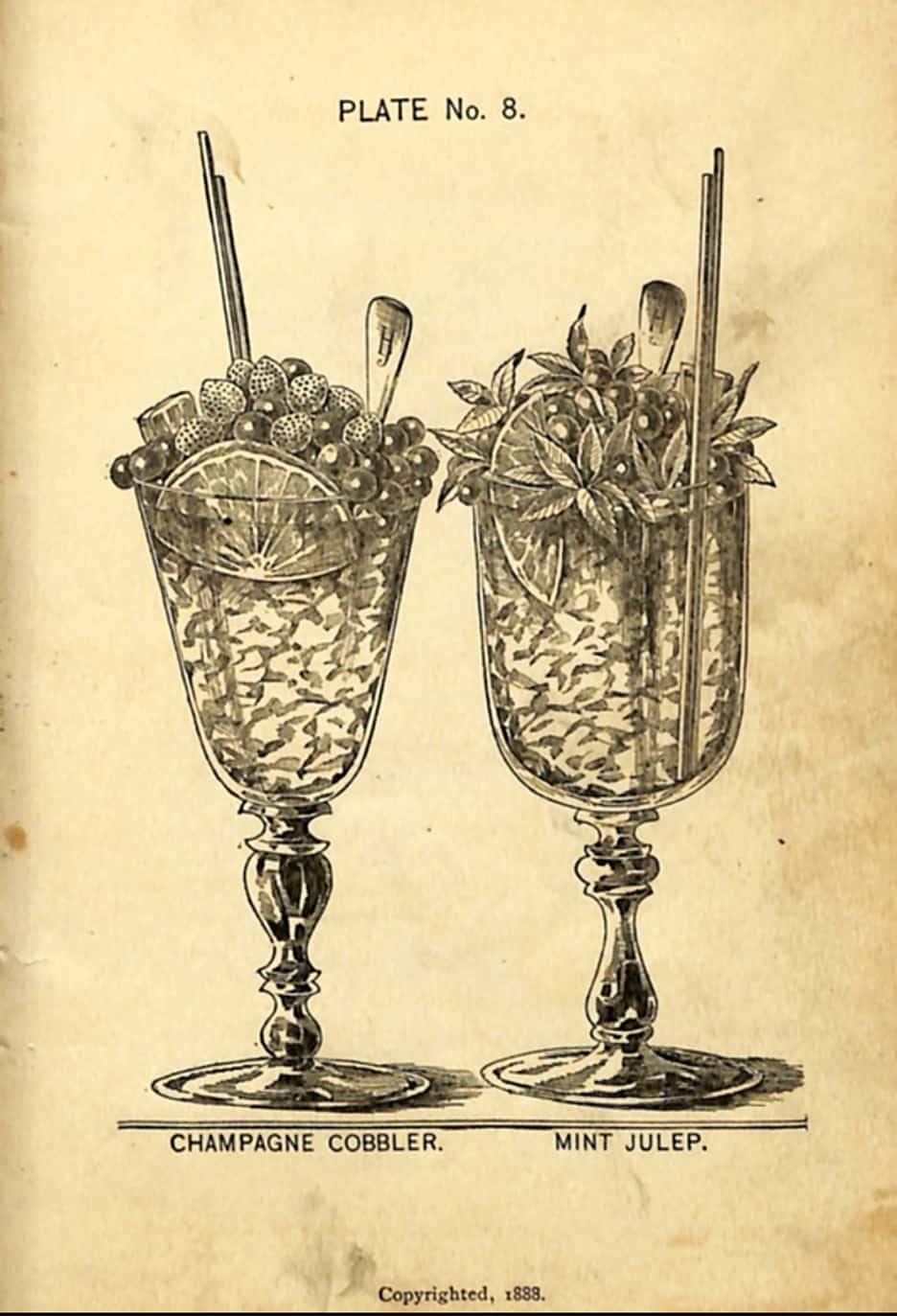 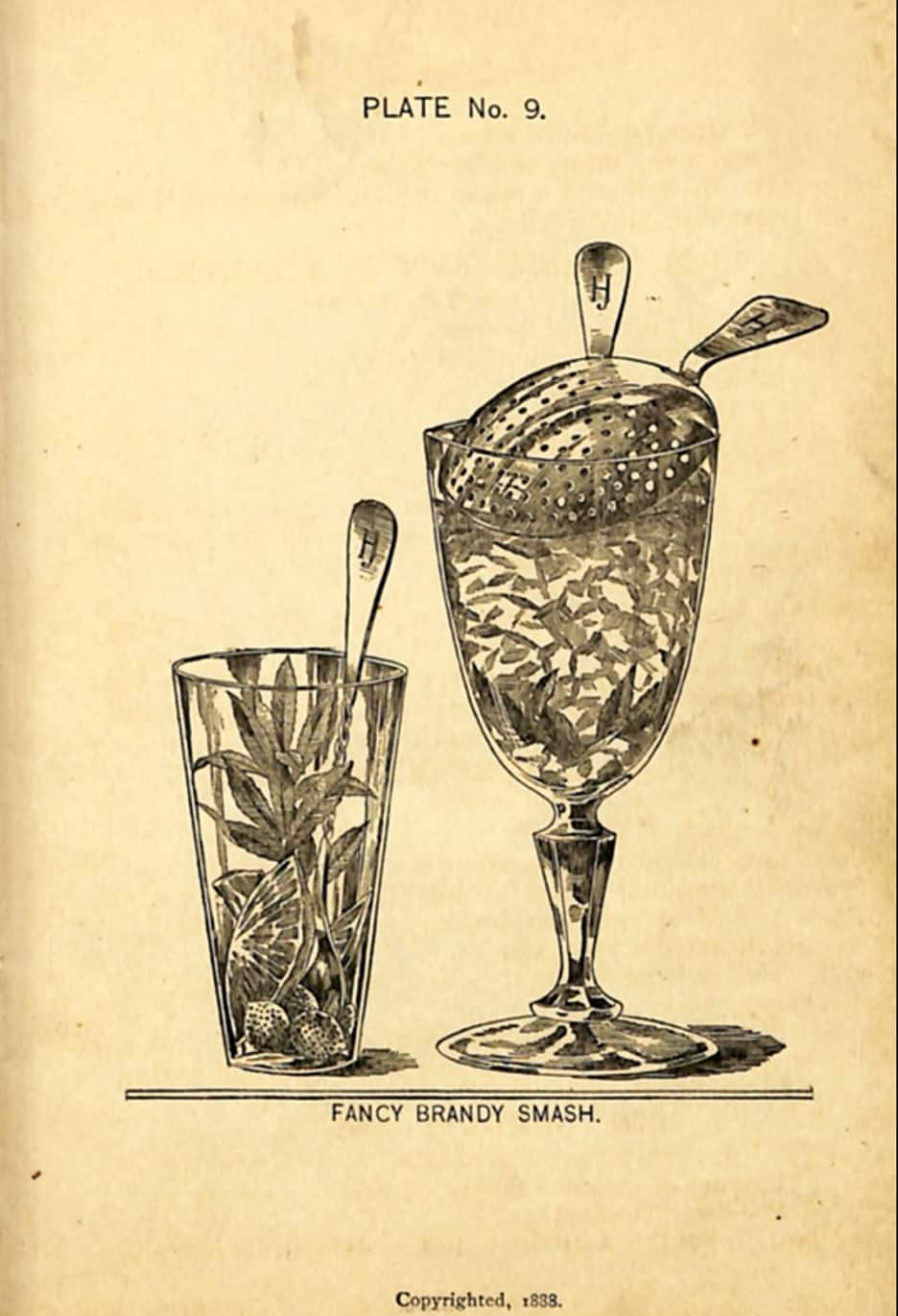 Ferdinand Meyer V is a native of Baltimore, Maryland and has a BFA in Fine Art and Graphic Design from the Kansas City Art Institute and School of Design. Ferdinand is the founding Principal of FMG Design, a nationally recognized design consultation firm. Ferdinand is a passionate collector of American historical glass specializing in bitters bottles, color runs and related classic figural bottles. He is married to Elizabeth Jane Meyer and lives in Houston, Texas with their daughter and three wonderful grandchildren. The Meyers are also very involved in Quarter Horses, antiques and early United States postage stamps. Ferdinand is the past 6-year President of the Federation of Historical Bottle Collectors and is one of the founding members of the FOHBC Virtual Museum.
View all posts by Ferdinand Meyer V →
This entry was posted in Advice, Bartending, History, liquor, Publications, Spirits and tagged bar, bartender, chicago, cocktail, drinks, guide, Harry Johnson, management, manual, mix, mixing, New York City, Recipe, Saloon, San Francisco, Union Hotel. Bookmark the permalink.