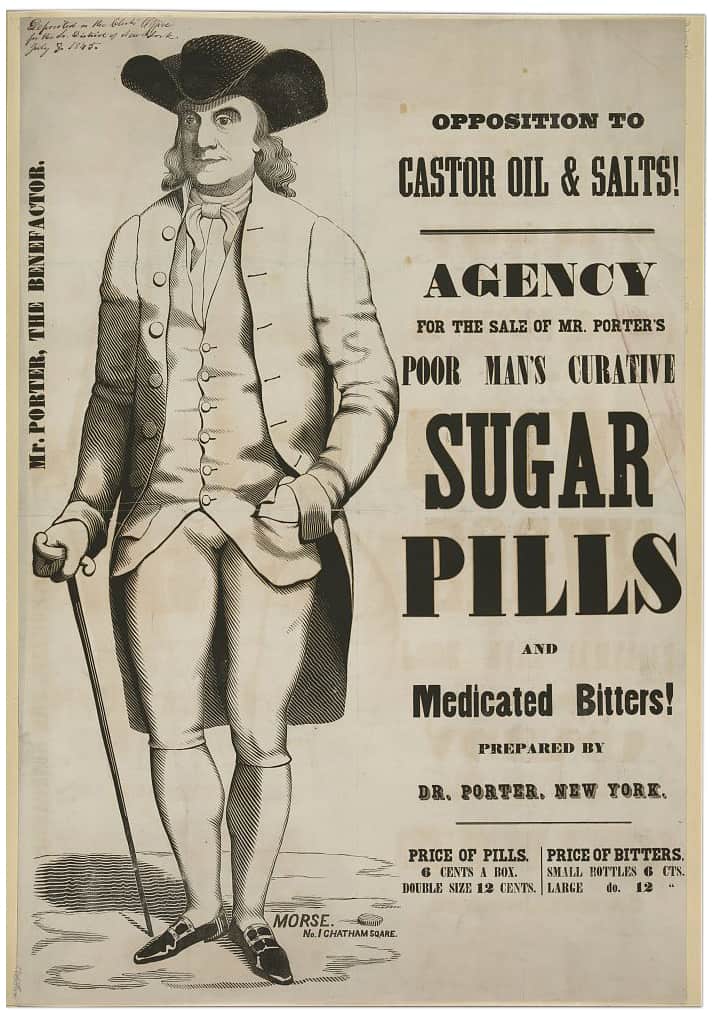 In separate bitters folders I had clippings for Porter’s Bitters and another file for Zadoc’s Bitters. I thought I would wait for a rainy day (it has rained on and off for days here now) to do a little research on both.

I have now combined the files into one file named “Dr. Zadoc Porter’s Medicated Stomach Bitters.” Zadoc Porter operated out of New York City and also sold Dr. Porter’s Sugar Pills and called himself “Mr Porter, The Great Benefactor.” His sugar-coated pills sold for 6 cents a box and were far easier to swallow than the crude and often horrid-tasting concoctions prepared by physicians. These pills were given their large-scale introduction into American dosage by patent medicine men such as Zadoc Porter. Likewise, his Medicated Bitters sold for 6 cents a bottle and 12 cents for a dozen.

Dr. Zadoc Porter started his medicine business in New York City in 1838 or so. By 1841, Madame Zadoc was pitching her medicines. In many cases they both were using the same advertising to hawk their products. They were addressed at Morse Street, No. 1 Chatham Square (pictured below). 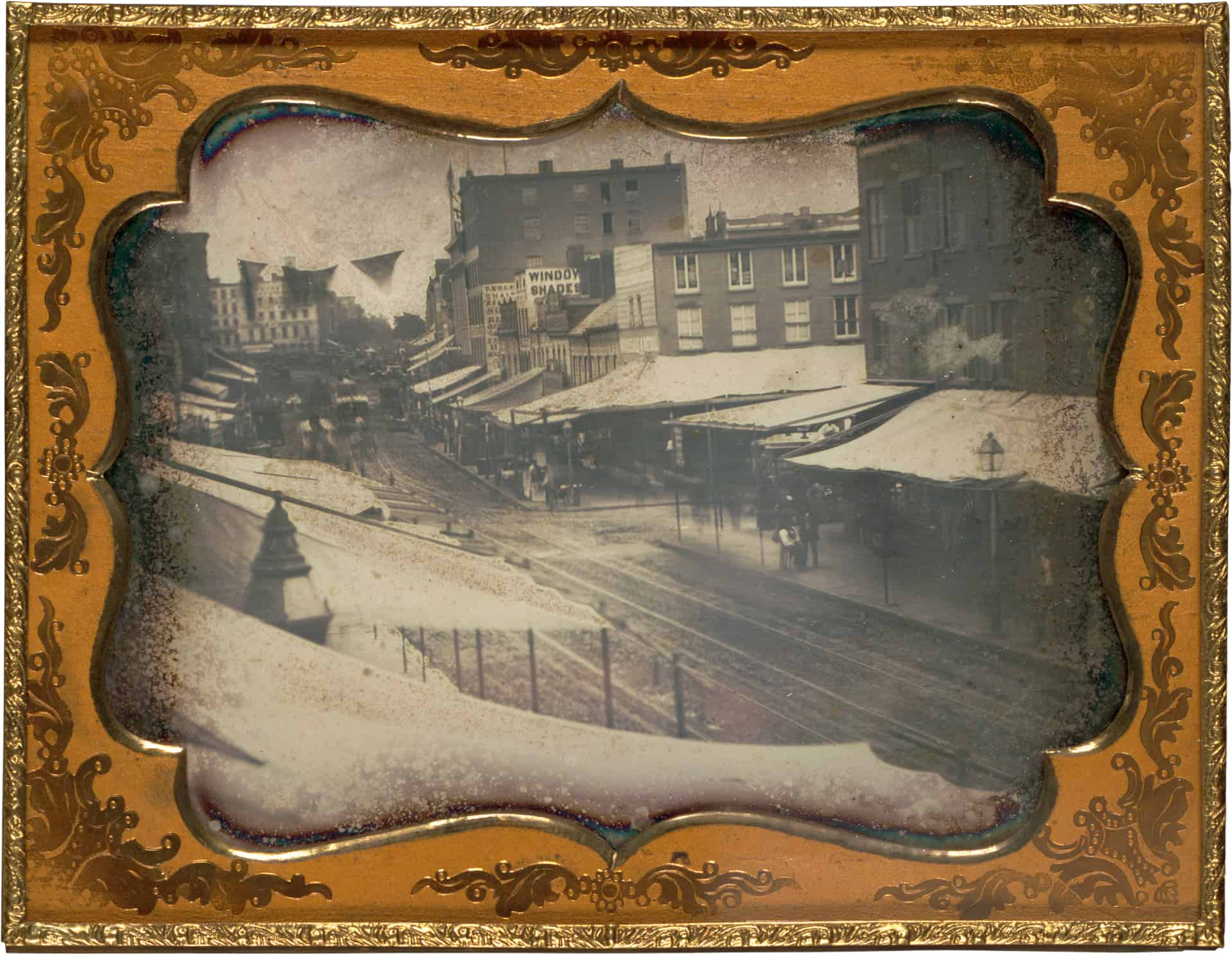 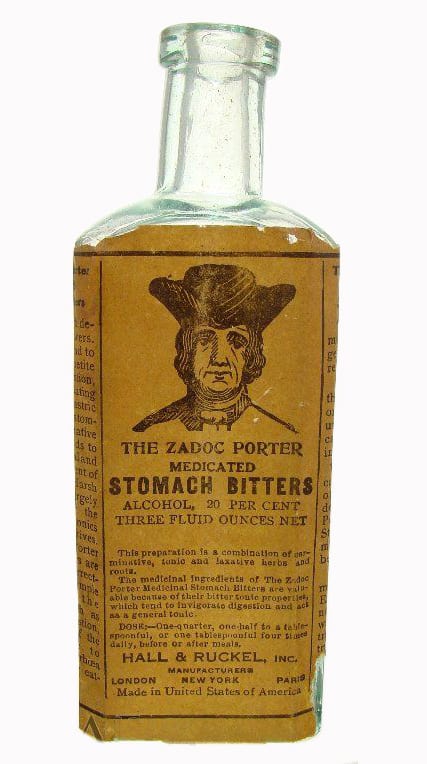 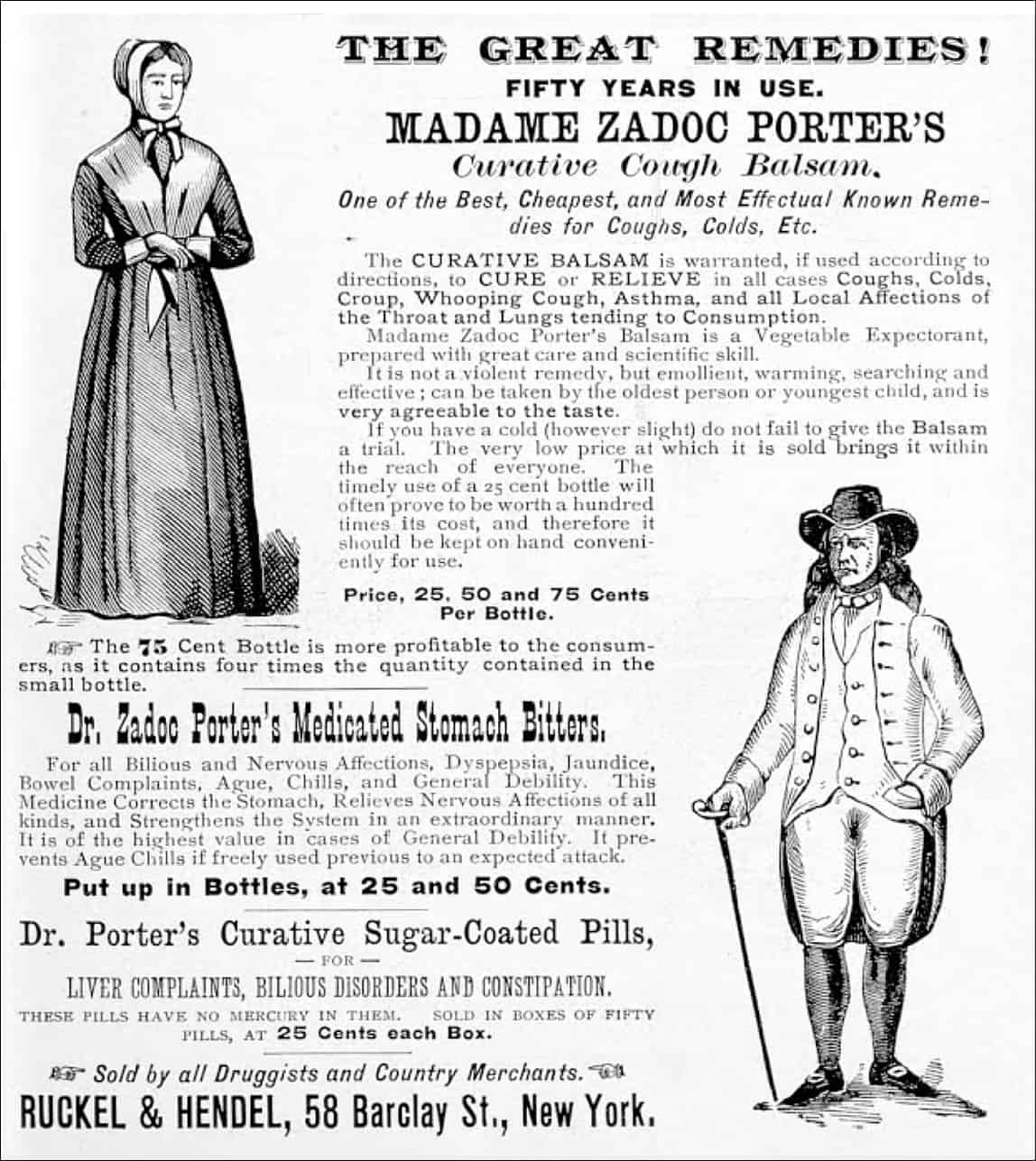 1863: Newspaper advertisement (below) for Madame Zadoc Porter’s Great Cough Remedy and Balsam. Only 13 Cents per Bottle. In use for over Eighteen Years, Hall & Ruckel, N.Y. Proprietors – The Berkshire County Eagle, Thursday, May 21, 1863 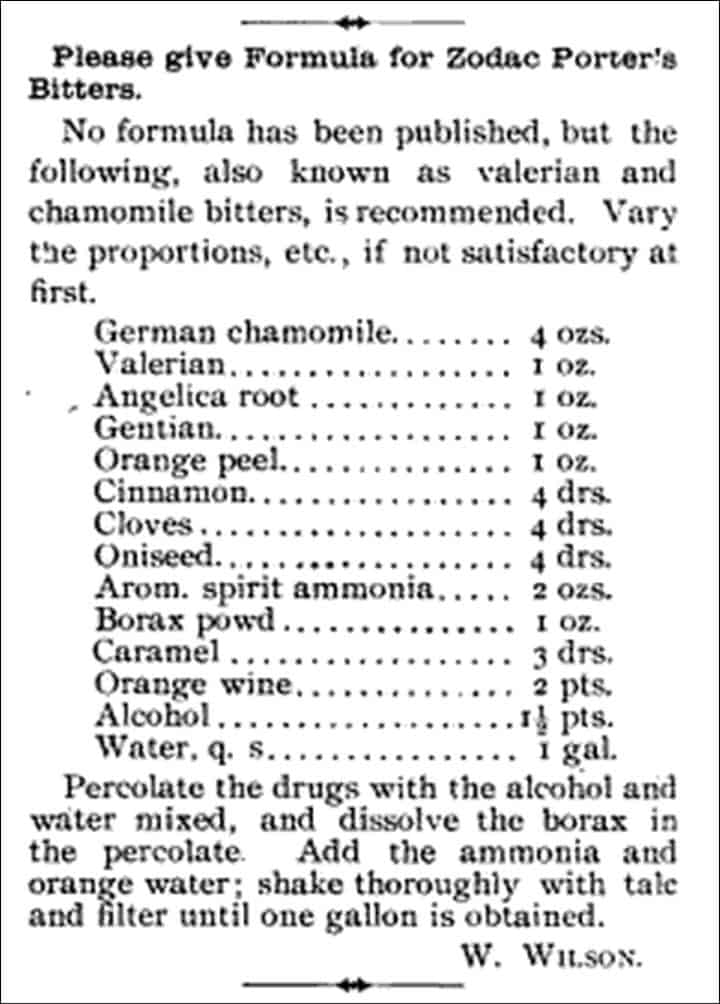 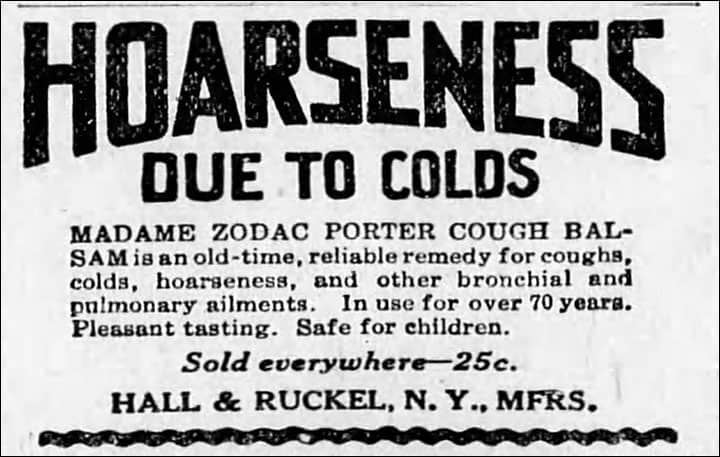 Ferdinand Meyer V is a native of Baltimore, Maryland and has a BFA in Fine Art and Graphic Design from the Kansas City Art Institute and School of Design. Ferdinand is the founding Principal of FMG Design, a nationally recognized design consultation firm. Ferdinand is a passionate collector of American historical glass specializing in bitters bottles, color runs and related classic figural bottles. He is married to Elizabeth Jane Meyer and lives in Houston, Texas with their daughter and three wonderful grandchildren. The Meyers are also very involved in Quarter Horses, antiques and early United States postage stamps. Ferdinand is the past 6-year President of the Federation of Historical Bottle Collectors and is one of the founding members of the FOHBC Virtual Museum.
View all posts by Ferdinand Meyer V →
This entry was posted in Advertising, Bitters, Druggist & Drugstore, History, Medicines & Cures, Remedy and tagged Balsam, Benefactor, bitters, Cough, Hall & Ruckel, Madame Zadoc, medicated, Medicine, New York, pills, Quaker, Remedy, Ruckel & Hendel, Stomach, sugar, Zadoc Porter. Bookmark the permalink.