Now that is a mouthful. It seems like Mr. L. P. Routt had a lot to say about his product and wanted it embossed in a back slanted italicized text on the bottle. He couldn’t use the reverse side which was blank. That is where the label would go. I wonder what that would look like?

A week or so ago, I found a message on my office phone from Doug Miller from down southern Georgia way. He said he had found a possibly unique, Routt’s Emulsion Cod-Liver Oil bottle from Richmond, Virginia measuring 8″ tall, by 3 1/8″ wide at the base, with 2 1/16″ sides and beveled corners. He said the neck was 1 1/2″ tall and that the bottle was a beautiful teal green color. Apparently he had found the bottle at the bottom of an abandoned well. He was excited for many reasons including finding a Richmond bottle in Georgia. Actually there are many bottle connections between Georgia and Virginia. He wondered what I thought and if I knew anything about the bottle. I should add that Mr. Miller put a light removable white wash to assist with reading the bottle for this post.

We are talking about a rather well-known person here named Leroy Pope Routt who was a druggist at one time in Richmond, Virginia. You can see one of his advertisements below from a Richmond directory. Looks like he had a relative, Ansel W. Routt working for him as a salesman. Further back in the family we see a Leroy Pope (January 30, 1765 – June 17, 1844) who was an American planter, lawyer, and early settler of Madison County, Alabama. He purchased much of the land on which downtown Huntsville, Alabama now stands, and for his role in the establishment and early growth of that city, he has been called the “Father of Huntsville.” His father was Anselm Pope Routt (1822-1914), and was Virginia’s eldest inventor, and the oldest member of the Masonic Fraternity in his State.

Other ancestors on both sides were distinguished in American history, the inheritor of the family name on the Routt side next to him being LeRoy Pope Walker, who was Secretary of War under Jefferson Davis, and Richard Routt, also distinguished himself while an officer in the Revolutionary War. 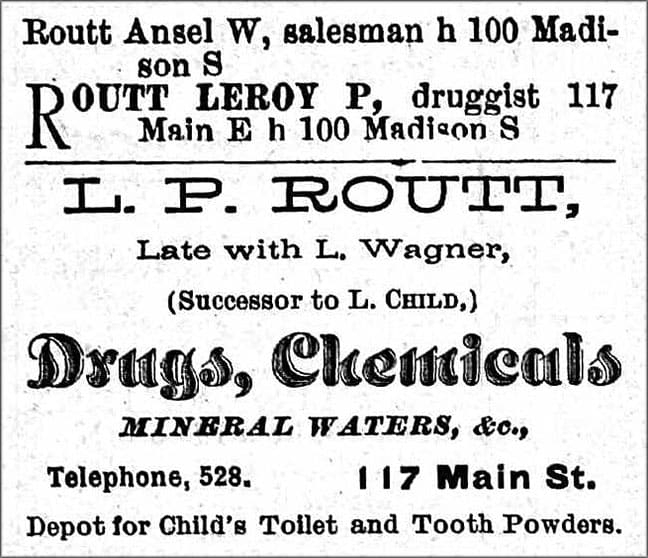 ROUTT—LeRoy Pope Routt, whose remains were brought from Chicago and interred in Hollywood, was the eldest son of our old friend Mr. Anselm Pope Routt, Virginia’s eldest inventor, and the oldest member of the Masonic Fraternity in his State.

Born in Orange County, Va., LeRoy Pope Routt left his home when quite a boy, and his business interests later in life took him to all the large cities of the United States, the last being Chicago, where he died. His ancestors on both sides were distinguished in American history, the inheritor of the family name on the Routt side next to him being LeRoy Pope Walker, who was Secretary of War under Jeff Davis, and Richard Routt, also distinguished himself while an officer in the war of the Revolution.

His genial nature and generous spirit won him friends wherever he sojourned, and he will be missed by his associates as only a brave and loyal man is missed. Always thoughtful of others; always kind – his family will cherish his memory, for he was mild and gentle as well as brave. The Reaper comes and gathers his own for the harvest – his tired children who have laborer – he bears them to the garner of God’s bounty, where they find the rest which naught under the Heaven can disturb. And there we lay our hopes and loved one “Till we meet again.”

I can not say, and I will not say, That he is dead – he is just away! With a cheery smile and wave of the hand. He has wandered into an unknown land, And left us dreaming how very fair It needs must be, since he lingers there. – N. R. R. 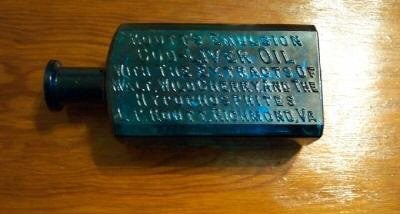 Rarely do I directly market a bottle on Peachridge Glass but I will make an exception here as Mr. Miller would like to sell the bottle. I can tell you though, the bottle is not unique as I came across a few other images like the Worthpoint image above from eBay. Probably extremely rare though. We need to hear from some of the Virginia collectors. 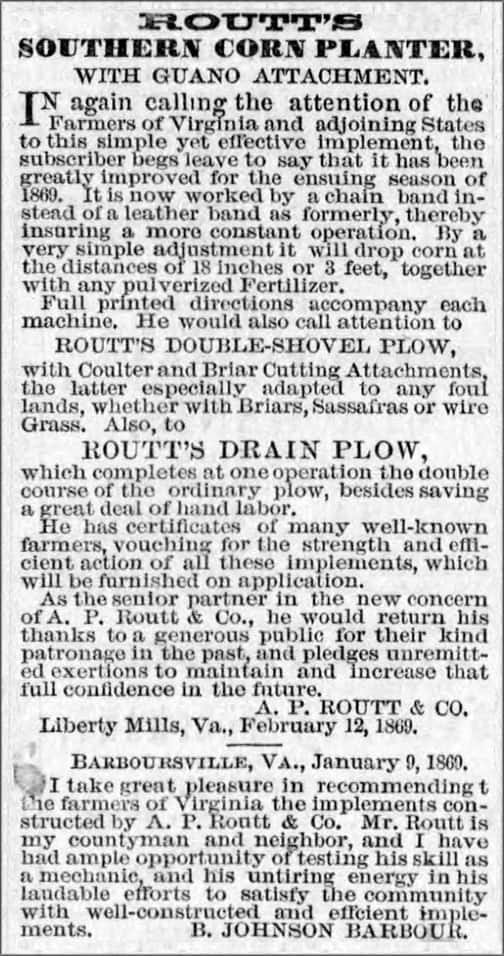 1893: L.P Routt, Officer for the Newport News Company (see below) 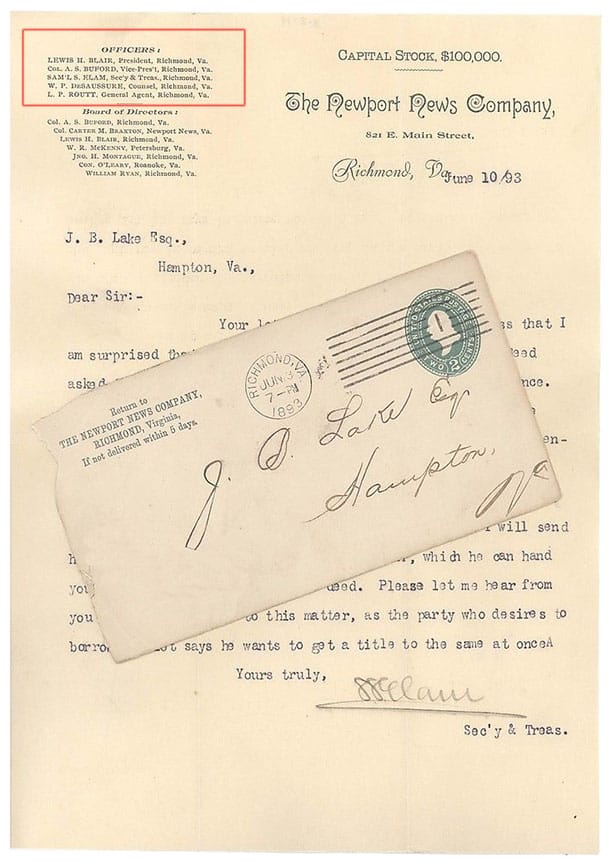 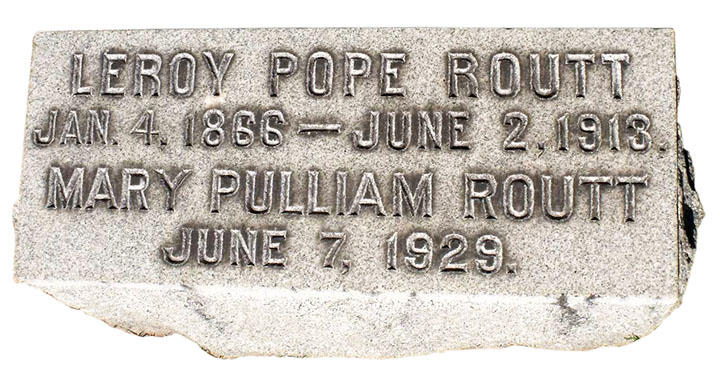