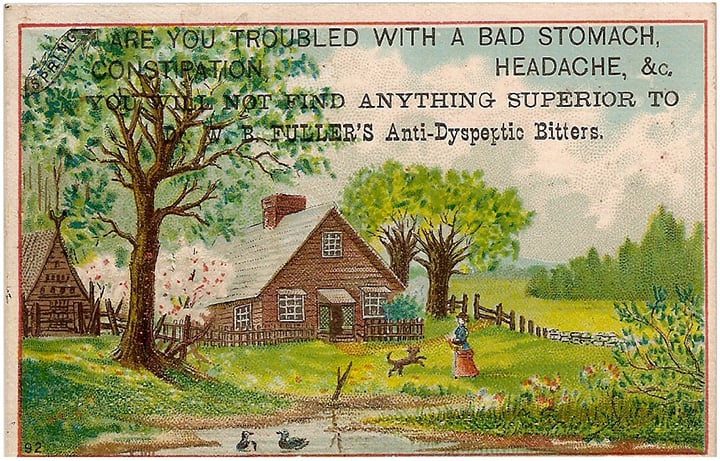 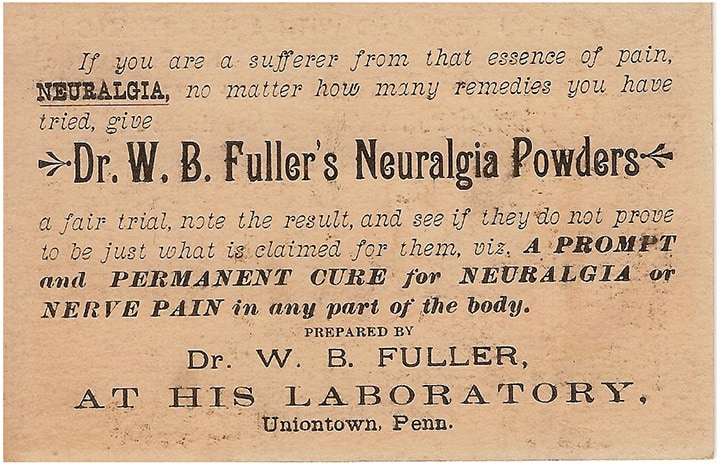 Always nice to get information that inspires some research on a bitters brand that I am unfamiliar with. In this case the Dr. W. B. Fuller’s Anti-Dyspeptic Bitters from Uniontown, Pennsylvania. Andy Regrut sent in the following e-mail with the advertising trade card pictured at the top of this post.

Hi Ferd, Talked to you at the Baltimore show about this bitters trade card. Never seen a bottle in my forty-five years of collecting. My guess is the bottle was labeled. – Andy

When we are looking at advertising trade cards I next go to bitters ephemera authority Joe Gourd in Chicago to see if he is holding any paper. As usual, he was as you can see from the fine trade cards below that he provided for support.

Ferd, Here you go. The cards are all stock cards used to advertise a variety of products. However, Fullers 08 (last card in series) is interesting because of the use of a technique called trompe l’oeil. It is a design intended to create the illusion of a three-dimensional object. Looking forward to see what you uncover about Fuller in your post. Regards…………. Joe 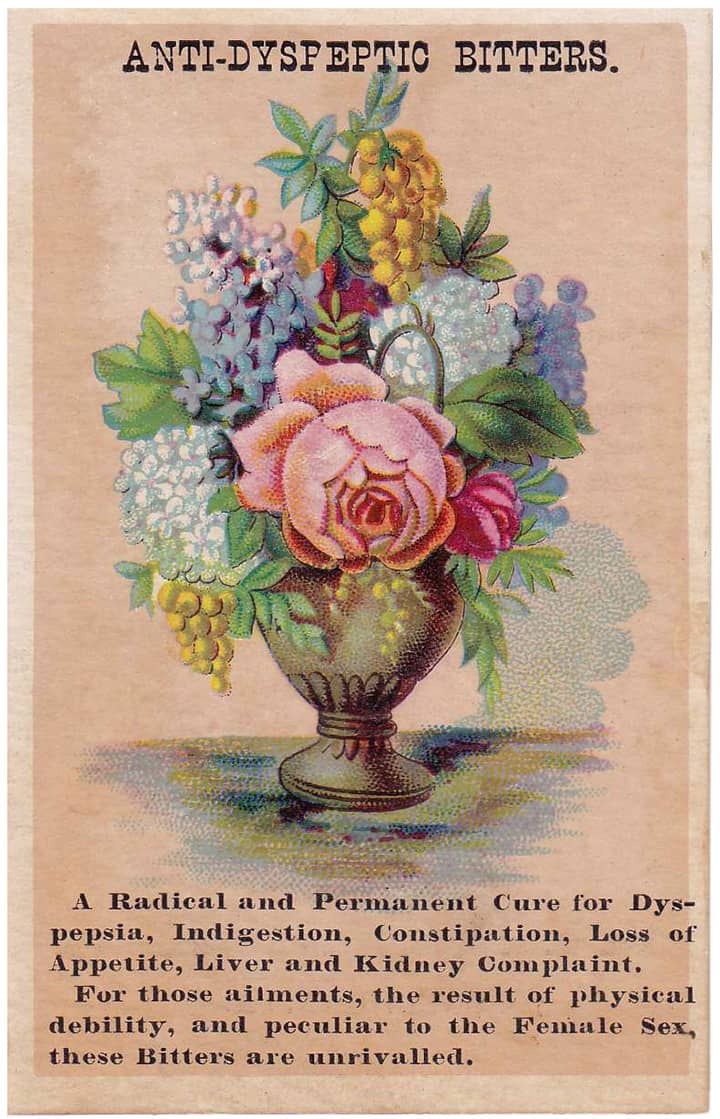 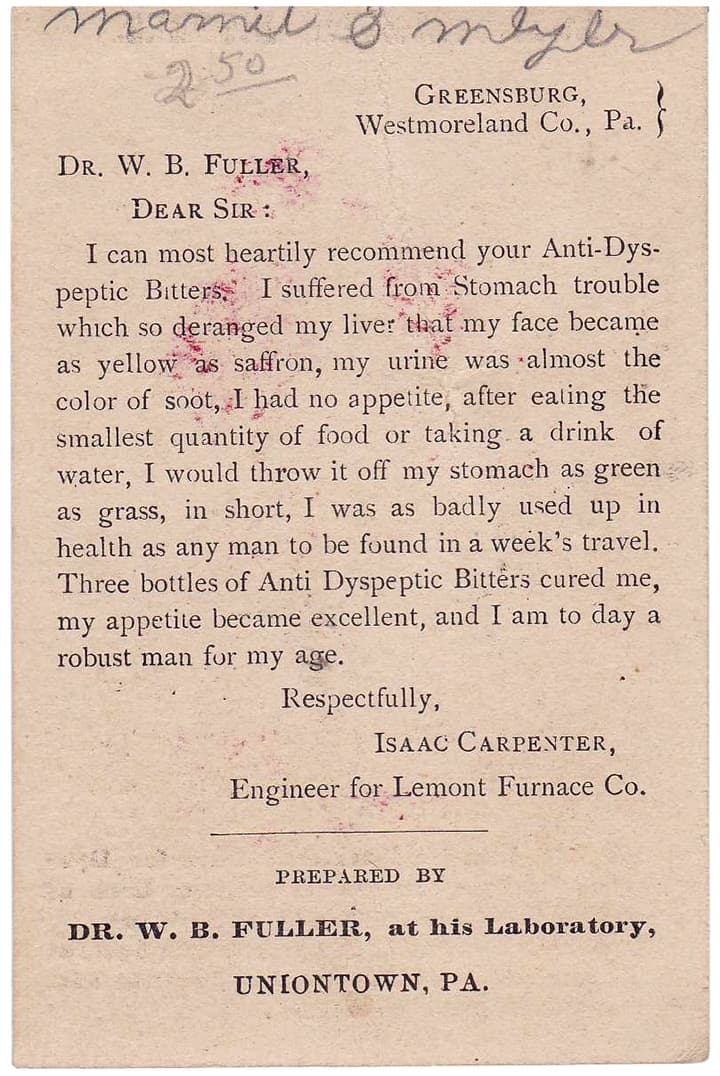 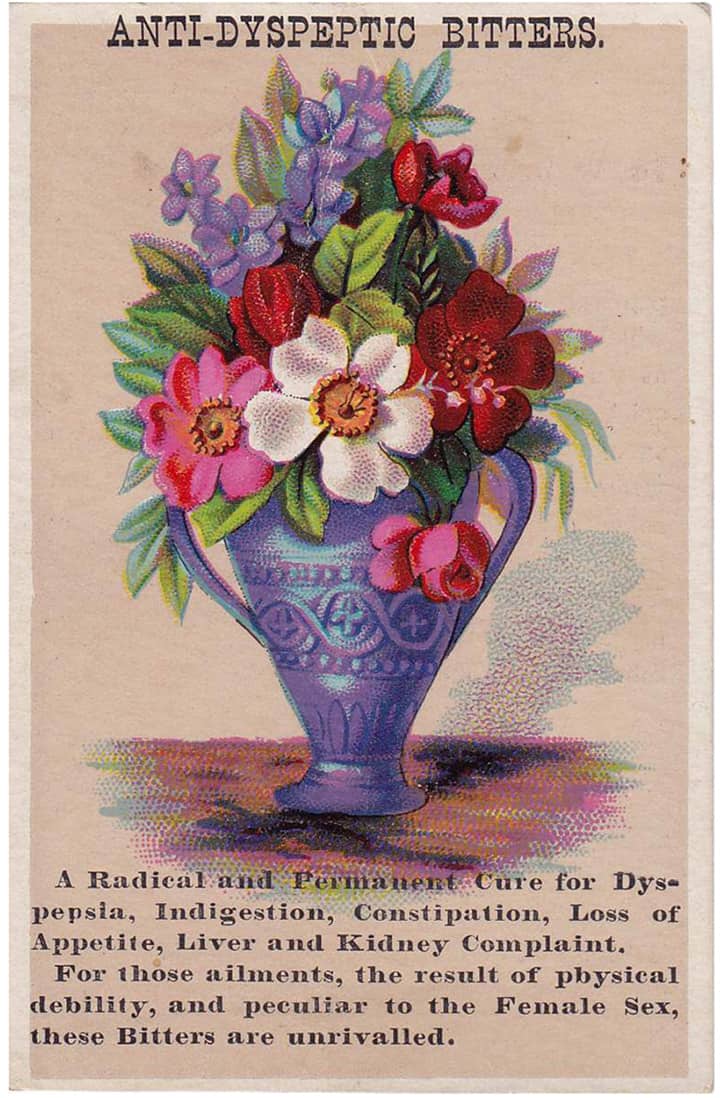 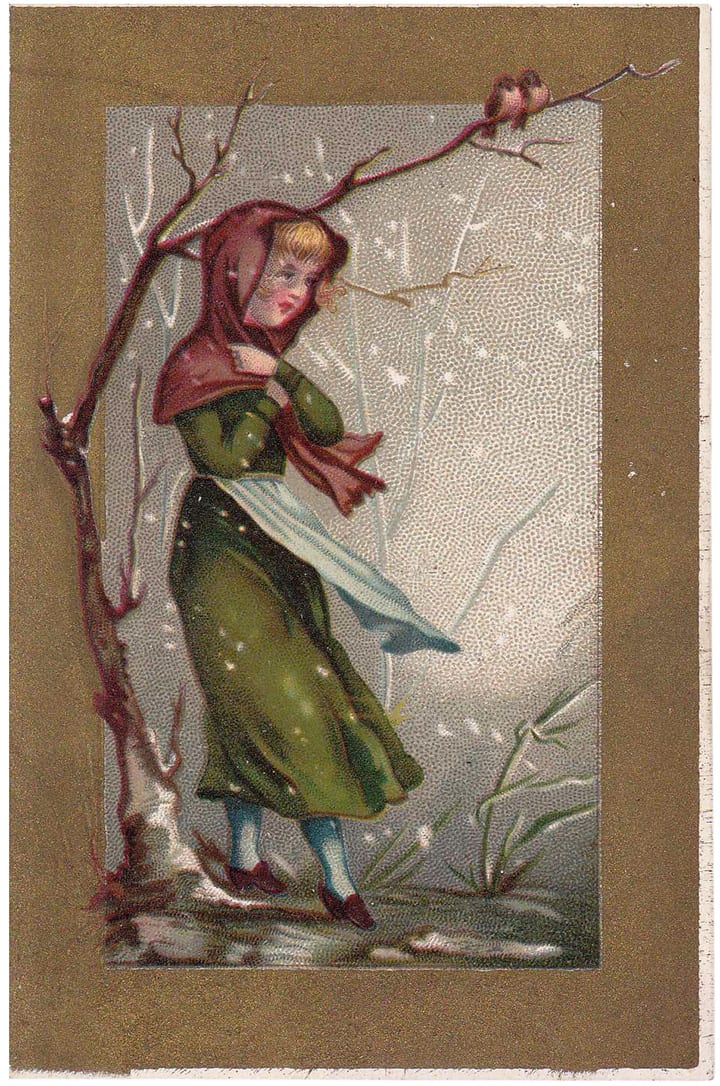 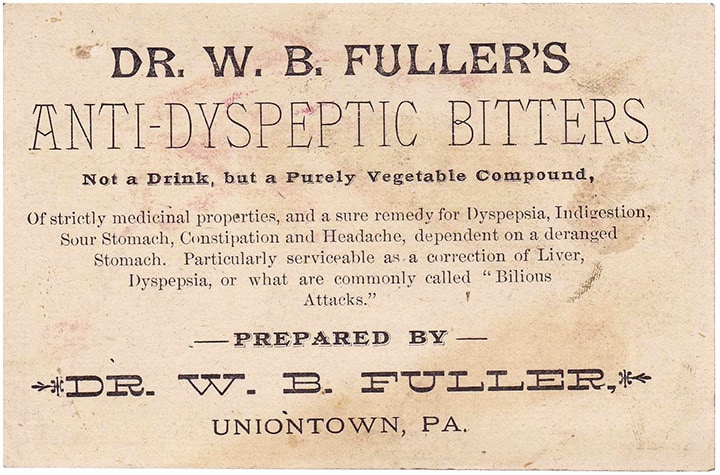 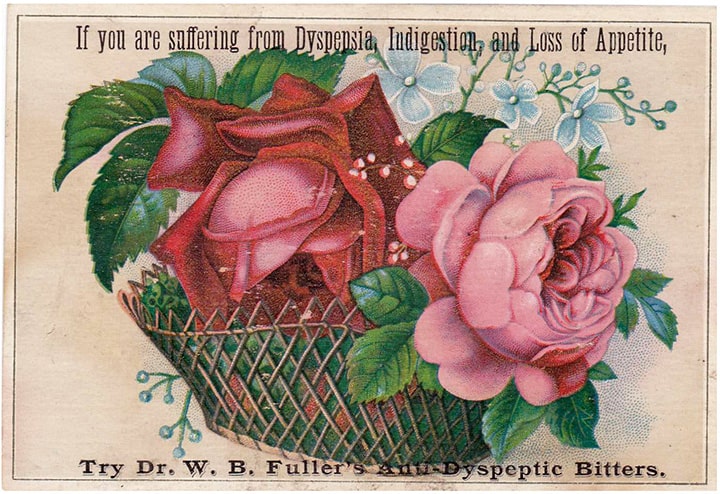 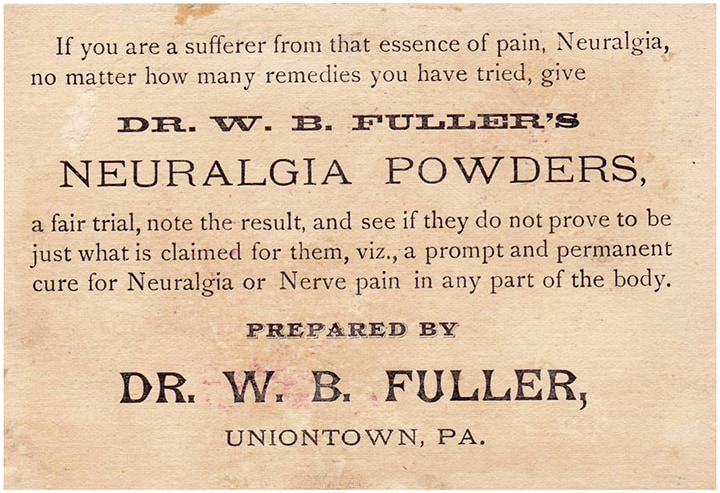 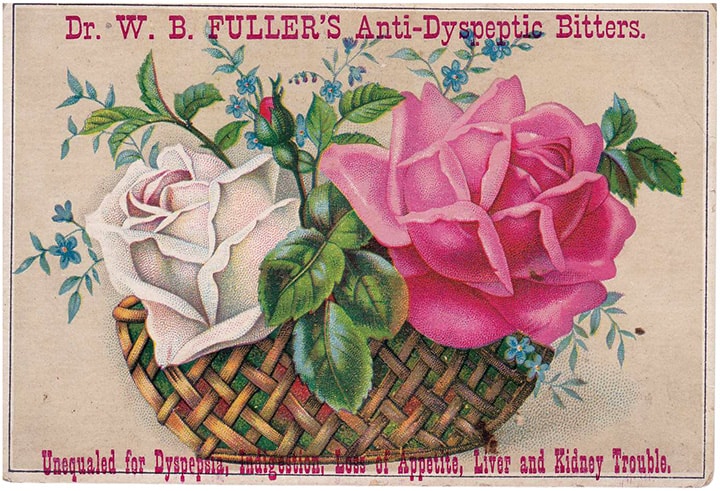 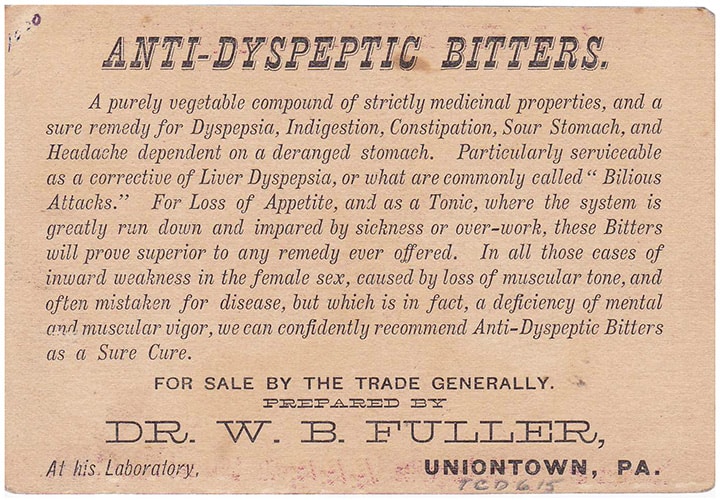 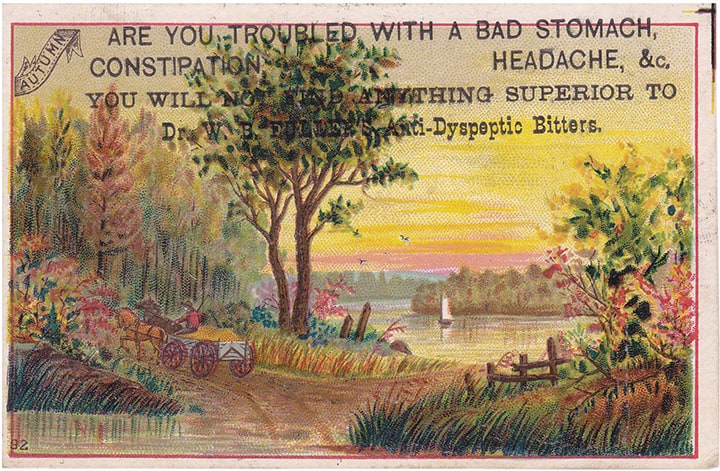 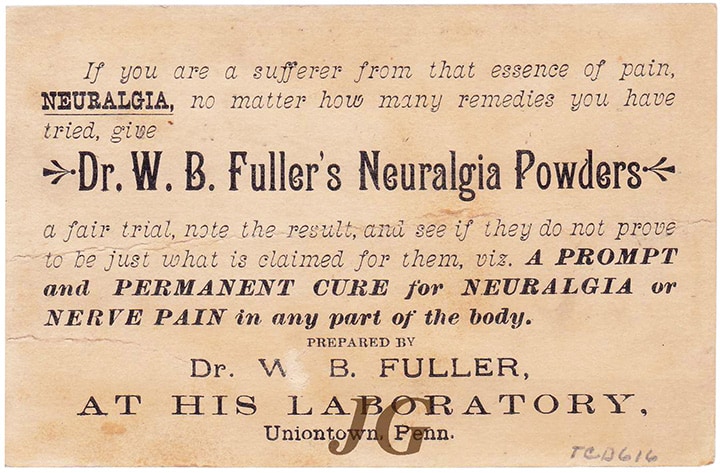 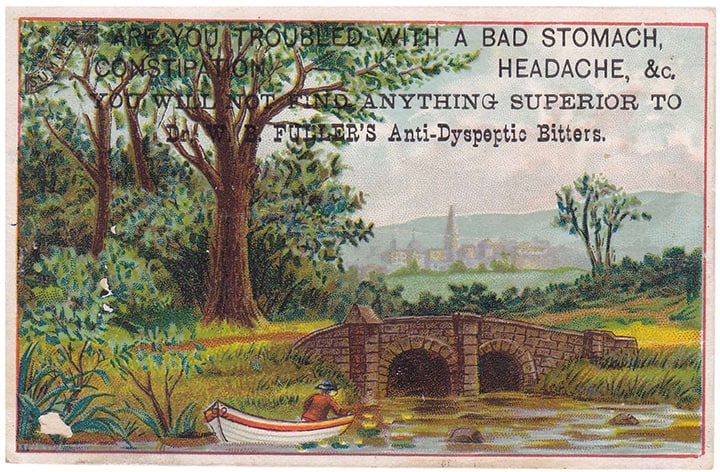 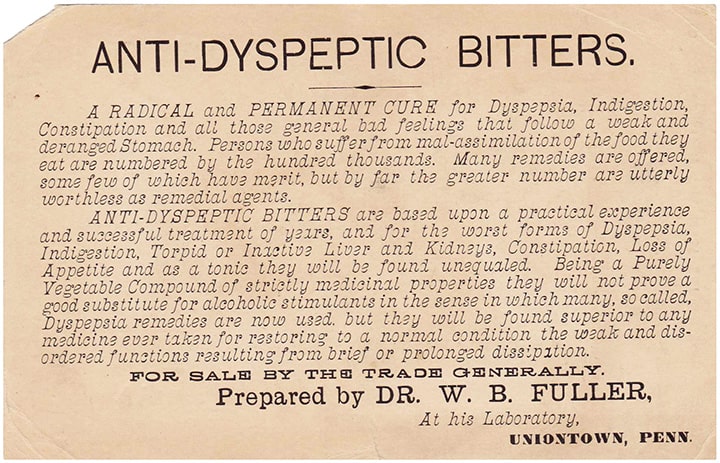 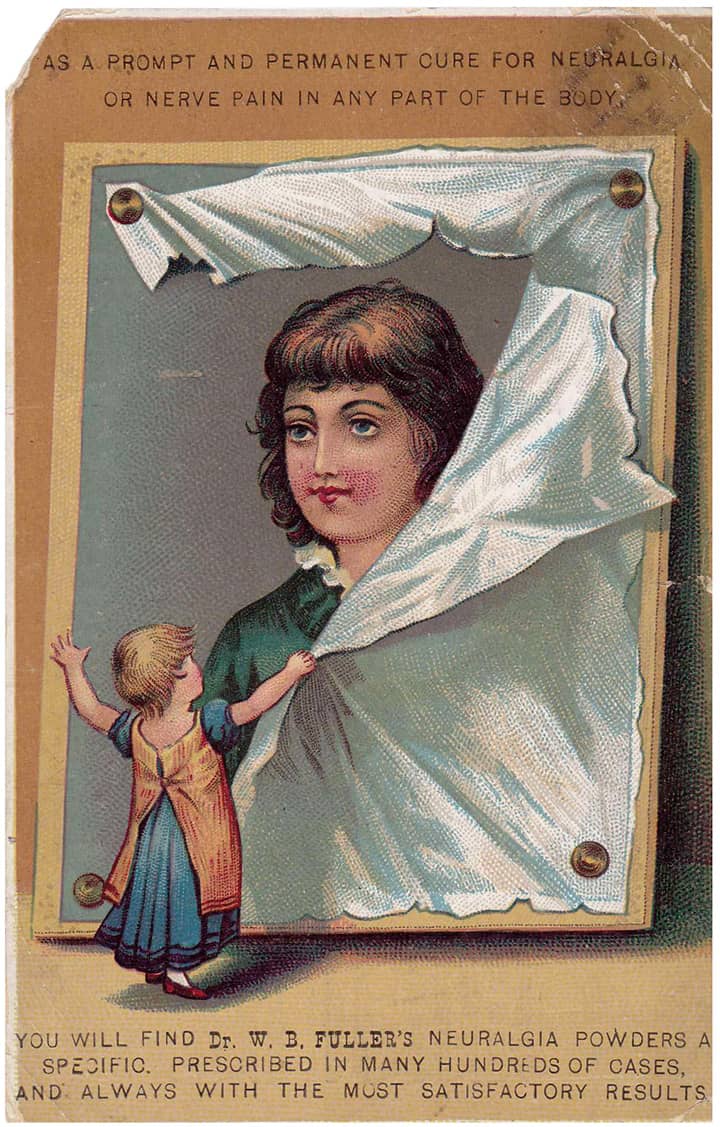 The Carlyn Ring and W.C. Ham listing in Bitters Bottles is as follows. Kind of minimal. No bottle recorded. I suppose Bill will update slightly in the forthcoming Bitters Bottles Supplement 2.

Most of the time when you see” W.” as the first initial you start with “William” in your search efforts. This worked again when I searched William B. Fuller in Uniontown, Pennsylvania. Uniontown is a city in Fayette County, Pennsylvania, located 46 miles southeast of Pittsburgh and now part of the Pittsburgh Metro Area. Popularly known as Beesontown, “The Town of Union” was founded by Henry Beeson on July 4, 1776, coincidentally the same date the United States Declaration of Independence was ratified. 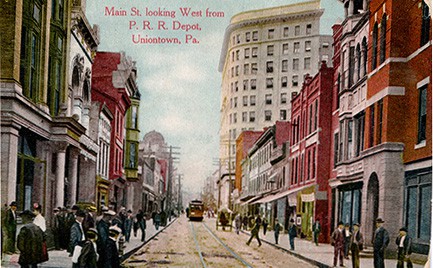 The Fuller family seemed to have lived in and around Uniontown for a century or two. Our Dr. Smith Fuller, the father, was born in Somerset County Pennsylvania in 1818. By 1843, Dr. Fuller was partnered with C. B. Snyder and William Quail in a new drug business in the western room of the Downer building. This firm lasted only about eighteen months in this room. Dr. Fuller then embarked in the drug business on Morgantown street. We can next place him in Uniontown by 1849. His son William B. Fuller, was born in 1850.

On November 6, 1867, at the opening of Broadway, Dr. Smith Fuller purchased some property and converted the residence part into a business room, and Daniel Huston, the veteran merchant tailor was the first to occupy the new room. He moved his store to here in 1868, and styled his place of business “The Gold Mine,” and here remained in business until 1881, when he sold out to John Lynch & Co., and retired permanently from business.

Dr. Fuller next built a frame house where he lived for some time with his wife and son William. Dr. Fuller next erected a small, one-story frame building on his lot which he used as an office in the latter part of his medical practice.

We first see William B. Fuller as a clerk in a drug store, at 19 years old, probably with his father as noted on an 1870 United States Federal Census. They were living in Uniontown West Ward, Fayette County, Pennsylvania. His mother was Jane R. Fuller (42), also brothers Frank M. Fuller (15) and Smith Fuller (13). In the 1880 United States Federal Census he was listed as a druggist. His advertisements said he had a laboratory. Interesting, I can find no record of this training to be a physician.

Dr. W. B. Fuller said his bitters product was a purely vegetable compound. One testimony on back of one of the advertising trade cards above says that a fellow took three bottles of Fuller’s Anti-Dyspeptic Bitters because he suffered from stomach troubles which so deranged his liver that his face became yellow as saffron, his urine was the color of soot, he also had no appetite, and if he ate, he would throw it out of his stomach which looked as green as grass. Amazing stuff.

William B. Fuller would die in 1895 so the bitters was probable made between 1880 and 1895. Most likely a labeled bottle. Ironically he died of liver disease which his bitters we said to cure. He also put out Dr. W. B. Fuller’s Neuralgia Powders which was a permanent cure for nerve pain. 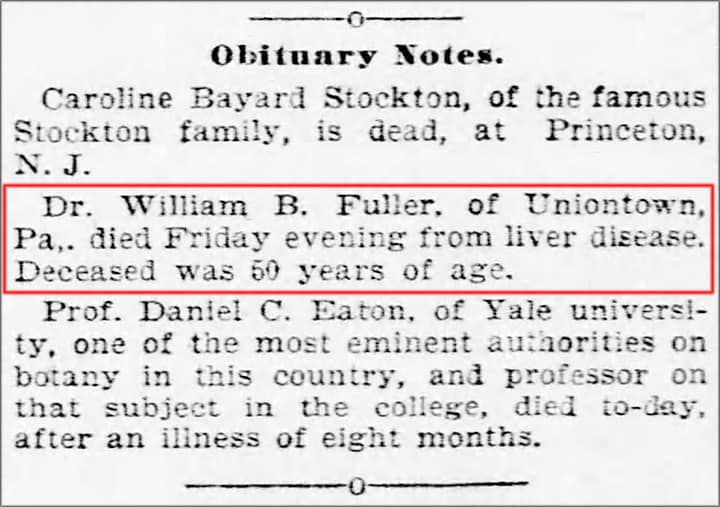 1843: Dr. Smith Fuller, with C. B. Snyder as a partner and William Quail as clerk, started in the drug business in the western room of the Downer building in 1843. This firm lasted only about eighteen months in this room. Dr. Fuller embarking in the drug business on Morgantown street, as related elsewhere. – A History of Uniontown

1867: Dr. Smith Fuller purchased this property November 6, 1867, at the opening of Broadway, and converted the residence part into a business room, and Daniel Huston, the veteran merchant tailor was the first to occupy the new room. He moved his store to here in 1868, and styled his place of business ” The Gold Mine,” and here remained in business until 1881, when he sold out to John Lynch & Co., and retired permanently from business. Mr. Huston came to Uniontown in 1830, and was continuously in business for fifty-one years. Mr. Huston devoted his time industriously to his business and acquired a competency of this world’s goods. – A History of Uniontown

A frame house was built next east of Searights for a home for Dr. William Fuller, son of Dr. Smith Fuller. Here he lived for some time. David Freedberg bought this property and added many and valuable improvements and made it his home. Dr. Fuller erected a small, one-story frame building on his lot which he used as an office in the latter part of his medical practice. This building was removed to the rear of the lot. A brick residence was erected on this lot which was occupied for a time by Hugh L. Rankin, and later by Miss Lizzie Fuller who owned it and the frame before mentioned. – A History of Uniontown

Benjamin Campbell purchased the interest of Dr. Ewing, and the firm again became Campbell & Co. In about two years Benjamin bought out the interest of his father. Dr. Hugh Campbell, and conducted the business under his own name and ownership, and in about two years he sold to Louis E. Beall and John C. Breading, who conducted the business as Beall & Breading. Beall retired, and Breading ran the business alone until February, 1876, when he sold out to Altha L. Moser and Joseph Kidwell Ritenour. Ritenour severed his connection with this firm ill 1880, when he purchased the drug store of Dr. Smith Fuller & Son on Broadway, and Moser continued the business on the ” Round Corner ” until 1883, when he removed his stock to the first room in the new opera house. – A History of Uniontown

Ferdinand Meyer V is a native of Baltimore, Maryland and has a BFA in Fine Art and Graphic Design from the Kansas City Art Institute and School of Design. Ferdinand is the founding Principal of FMG Design, a nationally recognized design consultation firm. Ferdinand is a passionate collector of American historical glass specializing in bitters bottles, color runs and related classic figural bottles. He is married to Elizabeth Jane Meyer and lives in Houston, Texas with their daughter and three wonderful grandchildren. The Meyers are also very involved in Quarter Horses, antiques and early United States postage stamps. Ferdinand is the past 6-year President of the Federation of Historical Bottle Collectors and is one of the founding members of the FOHBC Virtual Museum.
View all posts by Ferdinand Meyer V →
This entry was posted in Advertising, Bitters, Druggist & Drugstore, History, Medicines & Cures, Trade Cards and tagged advertising, Andy, bitters, card, Doctor, Dyspeptic, Fuller, Gourd, Joe, Liver, Neuralgia, Pennsylvania, powder, Regrut, Smith, trade, Uniontown, William. Bookmark the permalink.