Professor H.P. Lorman and his Tonic Bitters and Appetizer

Professor H.P. Lorman and his Tonic Bitters and Appetizer

Bill Ham sent me a picture of a bottle shard that Bob Strickhart had sent to him for recording as an unlisted bitters. I clipped the image in Photoshop and positioned it above. So who is Professor H. P. Lorman and where is this bottle from? I also wonder if there is a relationship with the H.P. Herb Wild Cherry Bitters? 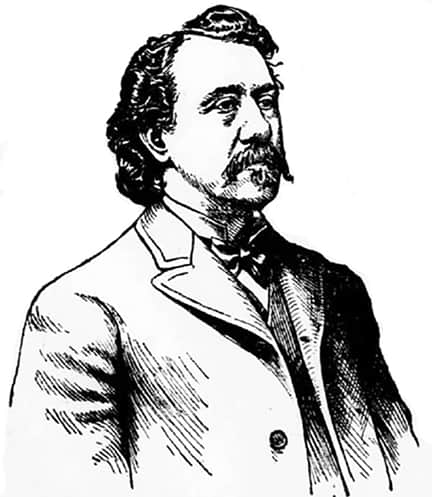 Professor Henry “Harry” Perry Lorman, better known by his own words as the “Indian Doctor” and the “Greatest Disease Detective”, was a traveling medicine and flim-flam man who was born in Wilmington, New Castle County, Delaware in 1849. His father was Charles Hamm Lorman (1818-1873) and his mother was Elizabeth Jane Mongar (1818-1882). Starting first as a painter at 19 years old in Elkton, Maryland, he then becomes a printer in the same locale. I guess that he liked professions that started with a “P” because he ‘became’ a Professor next in Philadelphia around 1882 selling patent medicines. He was however, never a Physician.

Prof. Lorman traveled to small towns like West Chester, Harrisburg, Lehighton, Maunch Chunk, Mahanoy City and Shippensburgh in Pennsylvania and Millville and Vineland in New Jersey and south to Hagerstown, Maryland offering ‘free consultation’ and putting on healing performances to sell his products like Prof. H.P. Lorman’s Indian Tonic, Prof. H.P. Lorman’s Indian Oil, Prof. H.P. Lorman’s Female Tonic and Prof. H.P. Lorman’s Tonic Bitters and Appetizer. He also sold worm powders and liver pills. To get you to come to his evening street lectures, which were usually held on corners near his hotel, he would provide vocal and instrumental music concerts. This spectacle must have been really something to watch or attend. It was reported that he worked from sunrise to midnight during his shows.

His advertisements that were posted in advance of his visits where he would arrive with a team of groomed horses. He said that all he had to do was to look at you, and sometimes touch you, to describe all of your ailments, ‘with the agility of a Wizard’. He even said that he did not need to take your pulse and that you did not have to stick out your tongue during his ‘consultations’. Of course you had better be able to reach for you pocketbook and have money because your cure, and there would certainly be a problem, would rely on one of his products that was based on his herbs, roots, barks, gums, and balsams. He must have been quite prolific as one advertisement says that he saw 12,978 patients in 1897. Another says that he made $350 from his willing crowds at one of his stops. He also claimed to have once relieved a patient of a 7 inch lizard! He would stay about a week in each town and milk it dry. What a circus. I think he must have fancied himself after Wild Bill Hickok by looking at his illustrations he used on his advertisements.

So here we have just a shard of glass that tells quite a story. Prof. Lorman died in Philadelphia in 1926. I am still looking at a potential H. P. Herb Bitters (Reading, PA). connection.

The new listing by Bill Ham within the forthcoming Bitters Bottles Supplement 2:

Ferdinand Meyer V is a native of Baltimore, Maryland and has a BFA in Fine Art and Graphic Design from the Kansas City Art Institute and School of Design. Ferdinand is the founding Principal of FMG Design, a nationally recognized design consultation firm. Ferdinand is a passionate collector of American historical glass specializing in bitters bottles, color runs and related classic figural bottles. He is married to Elizabeth Jane Meyer and lives in Houston, Texas with their daughter and three wonderful grandchildren. The Meyers are also very involved in Quarter Horses, antiques and early United States postage stamps. Ferdinand is the past 6-year President of the Federation of Historical Bottle Collectors and is one of the founding members of the FOHBC Virtual Museum.
View all posts by Ferdinand Meyer V →
This entry was posted in Bitters, Digging and Finding, History, Medicines & Cures, Tonics and tagged appetizer, bitters, Delaware, Doctor, flimflam, Harry, Henry, Indian, Lorman, Philadelphia, Professor, Tonic. Bookmark the permalink.