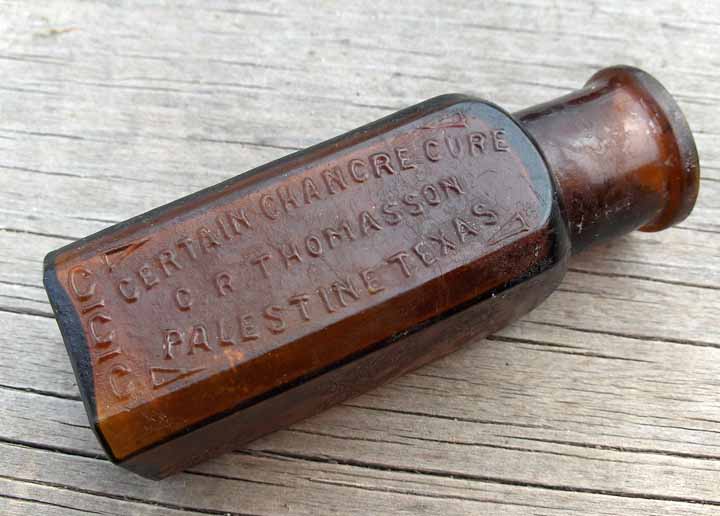 I really like this bottle now appearing on ebay for a princely sum. The C-C-C Certain Chancre Cure put out by C.R. Thomasson in Palestine, Texas is a rare bird. Noted as being one of only two known complete examples. Not sure about that but it sure looks like a piece of Texas history to me. This C.R. Thomasson initially was a bit hard to track down as I was looking primarily in Palestine, Texas and surrounding areas.

Will cure, without pain, in three to six days, Piles in every form, Chronic sores, Syphlitic Ulcers, Chancre, Chancroid Herpes and all Abrasions of the Cuticle, yield rapidly to its healing influence.

Marianne Dow connected me with this 1883 Dallas newspaper advertisement below which opened up my search. C.R. Thomasson was noted as a Manufacturer and Proprietor of the C.C.C. in Hot Springs, Arkansas. 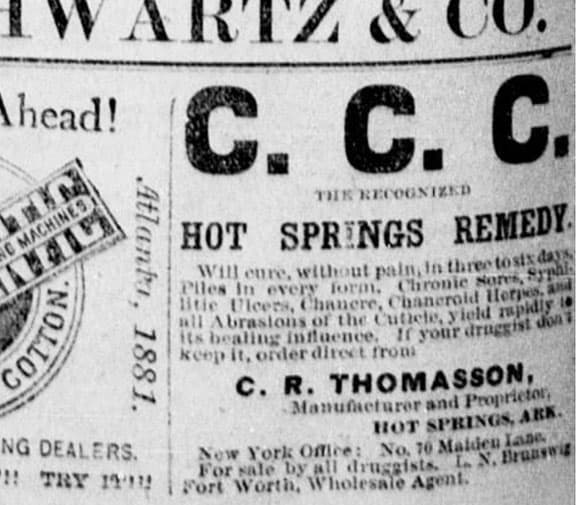 Now, I find an 1880 Federal Census for a C.R. Thomasson, who at 24 was noted as a Druggist with a Mark Morrison, age 22, also a druggist living at the same address in Hot Springs, Arkansas. C.R. was noted as being born around 1856 in Georgia. His fathers birthplace was noted as South Carolina while is mother was noted as being born in New Jersey. OK, this is probably him. Here is another advertisement below that Marianne found saying that Thomasson is a Druggist and Chemist in Palestine, Texas, formerly of Hot Springs, Arkansas. 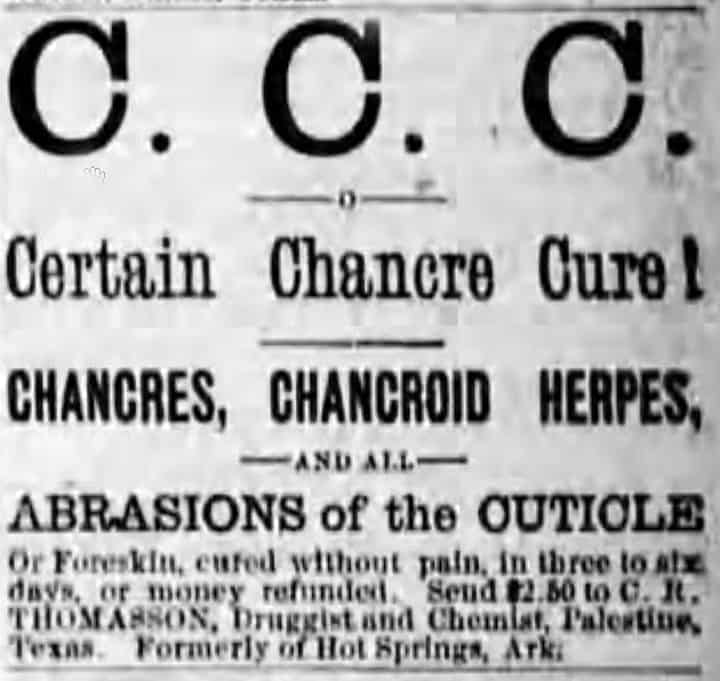 An 1860 United States Federal Census finally confirms Charles as the first name. His father is William B. Thomasson and his mother is Mary A. Charles is only six years old at the time. Not in the drug business yet. Using the name Charles R. Thomasson I now find the following: 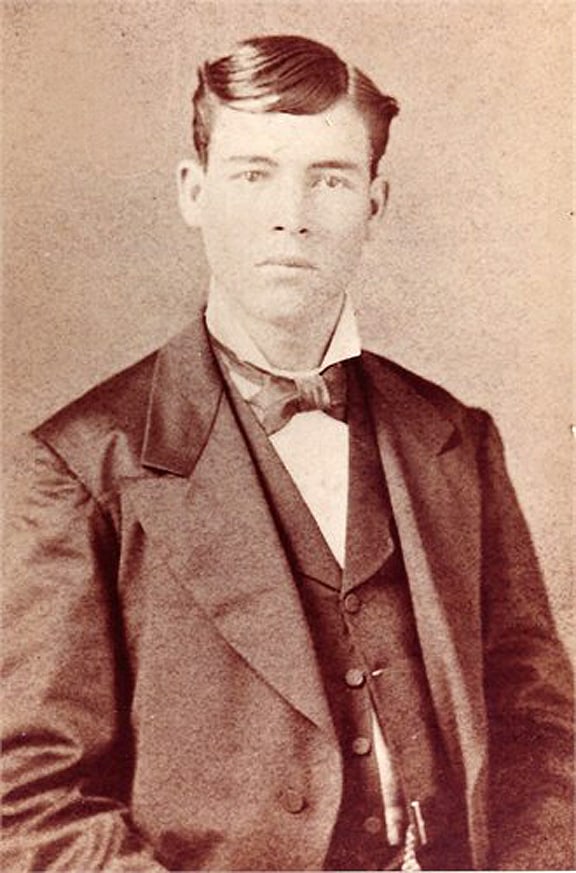 Charles Randolph Thomasson was born 28 January 1854 in Franklin, Georgia. His death was in August 1909 in New York. This might explain the 70 Maiden Lane address in New York in the top advertisement (Read more about Maiden Lane). I even find pictures of his parents who are listed as William Barron Thomasson (1823-1918) and Mary Ann Stewart (1827-1909). His wife is listed as Loretta Sumpter (1855-). At 22 years old, he was living in Hot Springs, Arkansas and working as a druggist. I suspect it was here and then that he put out his C.C.C. – Certain Chancre Cure for the first time. 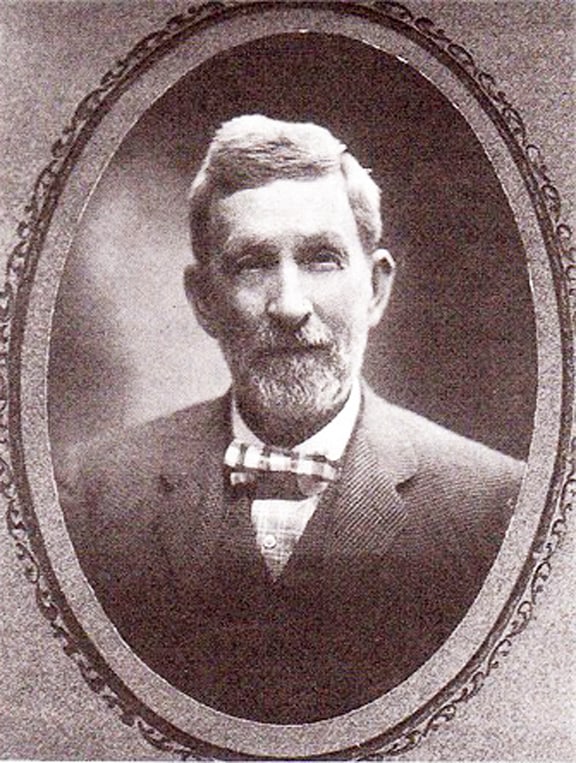 William Barron Thomasson (father of Charles). There are a number of men prominently identified with the agricultural affairs of this county, but among them none are more deserving of mention than W.B. Thomasson, who was born in York District, S.C., in 1823. He was the elder of two children born to James and Jane (Barron) Thomasson, natives of South Carolina, where the father followed agricultural pursuits. The mother died when our subject was an infant, and the father died in Georgia in 1832. The paternal grandfather, William Thomasson, was a native of North Carolina, and a soldier in the Revolutionary War. The maternal grandfather was a merchant of Ebenezerville, made a large fortune, and died in 1840.

W.B. Thomasson was reared on the farm until fourteen years of age, and then entered school at Franklin, Ga., where he remained two years. After this he began the study of law, was admitted to the bar when but nineteen years of age, under a special act of the Legislature, and at once began the practice of his profession in the town of Franklin. In the spring of 1862 he raise a company at home, was elected captain, and soon went to the front, where he was attached to the Forty-first Regiment Georgia Infantry and was in the battles of Corinth, Perryville, Missionary Ridge and in the battles of Georgia, siege of Vicksburg, Jonesboro, on the Georgia campaign, and at Bentonville, where the last gun was fired. He then returned to Georgia and resumed the practice of law.

In 1872 he came to Arkansas, settled in Clark County for three years and then came to Pike County, where he has since remained. He was appointed county clerk, was soon after elected at a special election and served three terms in succession. He practiced his profession for a short time and at the expiration of his term of office returned to a farm five miles southeast of town, which consisted of 500 acres. He now has 700 acres, of which 110 acres are under cultivation, and he is rapidly opening more. He has erected good buildings, planted an excellent orchard, and is one of the most enterprising farmers of the county. He was married in 1847 to Miss Mary Stewart, a native of New Jersey and the fruits of this union have been ten children: James S. (married), Walter (died at the age of nineteen years), Charles (resides at Arkadelphia), Horace J. (married and resides on the farm with his father), W.B. (resides in California), Joe, Robert and Samuel J. Mrs. Thomasson is a member of the Methodist Episcopal Church, South, and socially, Mr. Thomasson is a member of the Masonic fraternity, Pike Lodge No. 91. 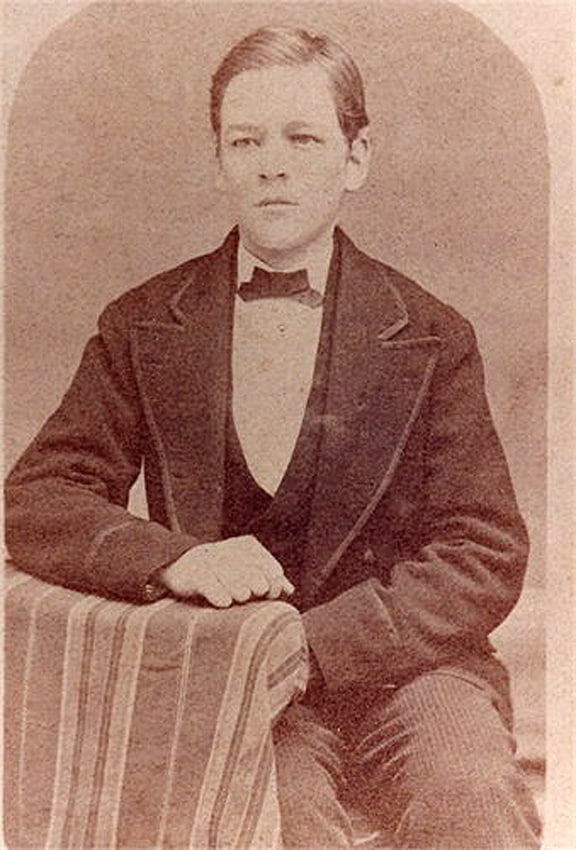 Nicholas Tompkins Thomasson, physician, Murfreesboro, Arkansas. In presenting in this work brief biographical sketches of representative citizens of the county, among those in the medical profession is very properly given a short review of the life of Dr. Thomasson, and of his identification with the town of Murfreesboro.

His parents, W.B. and Mary A. (Stewart) Thomasson, were natives of South Carolina and New Jersey, respectively, and the father was a lawyer by profession. He moved to Clark
County, Ark., in 1873, then to Pike County in 1875, and in 1876 was elected circuit clerk, which position he filled in an able and satisfactory manner for seven years. He has now retired to his farm, five miles south of town.

Dr. N.T. Thomasson was reared in Georgia until fourteen years of age, and received a good practical education in the common schools. He came with his parents to Clark County in 1873, but in 1875 went to New York, and attended school at Watkins, where he remained until the fall of 1877. He then went to Michigan, entered Hope College at Holland, where he remained six months, and then returned to Arkansas. Here he at once began reading medicine under Dr. McKethan, and after a certain length of time he went to Arkadelphia, where he was in a drug store until the spring of 1879.

In the fall of that year he entered the Medical College at Little Rock, and graduated in March, 1881. He then returned to Murfreesboro, and at once began the practice of
his profession. He was married, in 1885, to Miss Mollie Bryant, of Bingen, Hempstead County, Ark., and to them were born two children – Annie Pearl and May. The Doctor has gained a widespread reputation as a faithful and skillful practitioner, and as a physician, and personally is highly esteemed. 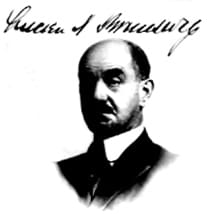 On the top-most Hot Springs advertisement there is a reference for a L. N. Brunswig, Fort Worth, Wholesale Agent. I’ve certainly heard that name before. This would be Lucien Napoleon Brunswig from Montmedy, France. Brunswig came to the United States in 1871 and found work as an drug apprentice. In 1875, Brunswig opened his own drug store in Atchison, Kansas. After a year of business he sold his drug store and moved to Fort Worth, Texas.

In Fort Worth, Brunswig opened a new drug store that not only sold retail but also dealt with wholesale pharmaceuticals. Within 5 years the business was producing $350,000 in annual sales. In 1882, George Finlay, the owner of a well-established wholesale drug firm in New Orleans invited Brunswig to join him as a partner. Brunswig sold his Fort Worth business and joined Finlay in the firm of Finlay and Brunswig. In 1885 Finlay died and Lucien Brunswig took over the entire wholesale drug firm which then became L. N. Brunswig and Company. In 1887 he took on a partner by the name of F. W. Braun. In 1887 Braun was dispatched to Los Angeles, California, and within a year a prosperous business was established. In 1890, while Brunswig was still in New Orleans, he sent Braun to San Diego to set up a branch office. In short order another prosperous branch office was operating under the name of F. W. Braun. In 1907 Bruswig bought out Braun and the business was renamed Brunswig Drug Company. At this time he also sold his company in New Orleans. Established in Los Angeles the Brunswig Drug Company grew at a phenomenal rate. The company became the leading pharmaceutical distributor in the western U.S. The company also eventually expanded to many countries in the Pacific realm. His company also took on new products such as cosmetics. The business would boom during World War 1 due to its geographical location.

Lucien Napoleon Brunswig died in 1943 and his body was interred in Metairie Cemetery in New Orleans. In 1969, Brunswig Drug Company merged with Bergen Drug Company to form Bergen-Brunswig. This company in turn merged with the AmeriSource Health Corporation in 2001 to from AmerisourceBergen. Last year AmerisourceBergen ranked 24th on the Fortune 500 list and employed 10,000 employees. Sales for the Corporation were $78 billion.

Ferdinand Meyer V is a native of Baltimore, Maryland and has a BFA in Fine Art and Graphic Design from the Kansas City Art Institute and School of Design. Ferdinand is the founding Principal of FMG Design, a nationally recognized design consultation firm. Ferdinand is a passionate collector of American historical glass specializing in bitters bottles, color runs and related classic figural bottles. He is married to Elizabeth Jane Meyer and lives in Houston, Texas with their daughter and three wonderful grandchildren. The Meyers are also very involved in Quarter Horses, antiques and early United States postage stamps. Ferdinand is the past 6-year President of the Federation of Historical Bottle Collectors and is one of the founding members of the FOHBC Virtual Museum.
View all posts by Ferdinand Meyer V →
This entry was posted in Advertising, Druggist & Drugstore, eBay, History, Medicines & Cures, Remedy and tagged Arkansas, Brunswig, CCC, certain, Chancre, Charles, chemist, Cure, Dallas, Dow, Fort Worth, Hot Springs, Marianne, Morrison, Palestine, Randolph, Remedy, Sumpter, texas, Thomasson. Bookmark the permalink.