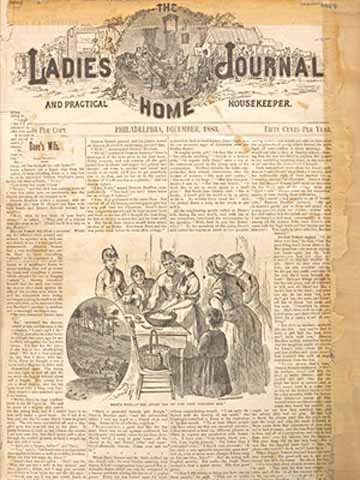 I like this advertisement for the ‘King of Bottled Beers’ with an endorsement from The Ladies’ Home Journal for beer over patent medicines. The advertisement appeared in the Chicago Daily Tribune on May 4, 1904. This was not a good time for quack medicines with the impending Pure Food and Drug Act of 1906.

Ladies’ Home Journal first appeared on February 16, 1883, and eventually became one of the leading women’s magazines of the 20th century. The Journal arose from a popular single-page supplement in the American magazine Tribune and Farmer titled Women at Home written by Louisa Knapp Curtis, wife of the magazine’s publisher Cyrus H. K. Curtis. Knapp continued as editor until she was succeeded by Edward William Bok in 1889.

In 1892, it became the first magazine to refuse patent medicine advertisements. 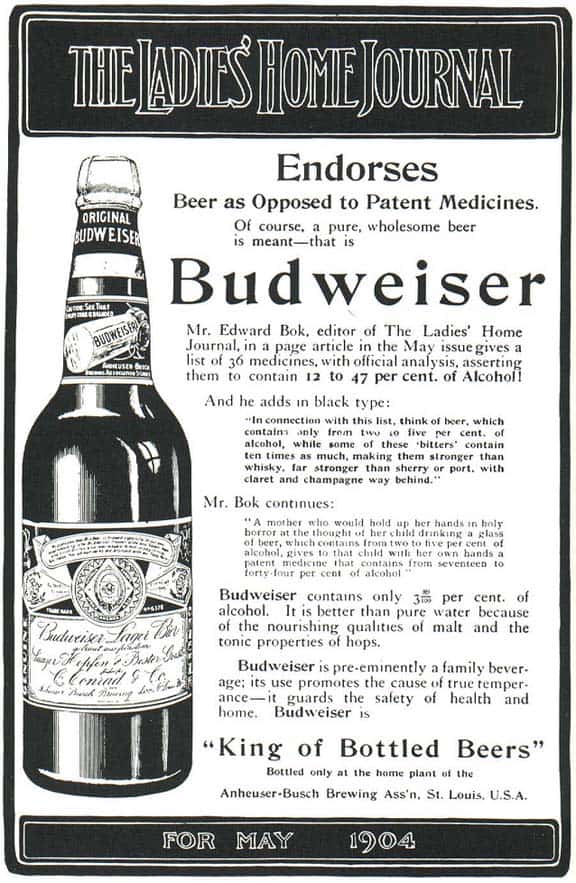 “think of beer, which contains only from two to five per cent of alcohol, while some of these ‘bitters’ contain ten times as much…” 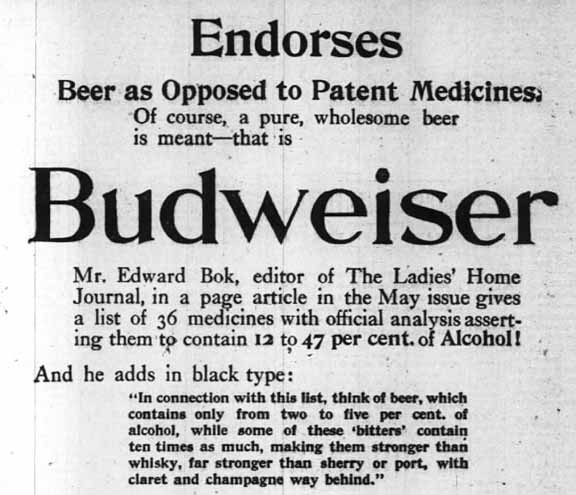 “Budweiser contains only 3 89/100 per cent of alcohol. It is better than pure water because of the nourishing qualities of malt and the tonic properties of hops.” 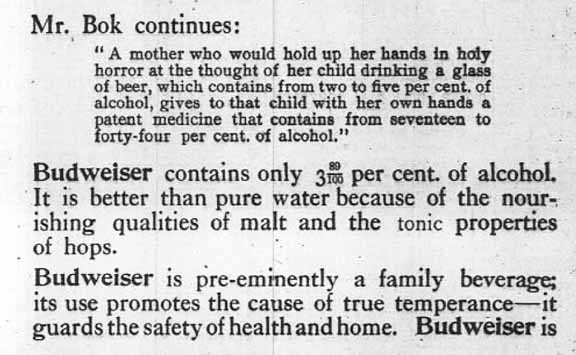 “Budweiser is pre-eminentely a family beverage; its use promotes the cause true to temperance – it guards the safety of health and home.”

Ferdinand Meyer V is a native of Baltimore, Maryland and has a BFA in Fine Art and Graphic Design from the Kansas City Art Institute and School of Design. Ferdinand is the founding Principal of FMG Design, a nationally recognized design consultation firm. Ferdinand is a passionate collector of American historical glass specializing in bitters bottles, color runs and related classic figural bottles. He is married to Elizabeth Jane Meyer and lives in Houston, Texas with their daughter and three wonderful grandchildren. The Meyers are also very involved in Quarter Horses, antiques and early United States postage stamps. Ferdinand is the past 6-year President of the Federation of Historical Bottle Collectors and is one of the founding members of the FOHBC Virtual Museum.
View all posts by Ferdinand Meyer V →
This entry was posted in Advertising, Advice, Ales & Ciders, Bitters, History, Humor - Lighter Side, Medicines & Cures, Publications and tagged alcohol, Beer, Bok, home, Journal, ladies, Medicines, Patent. Bookmark the permalink.