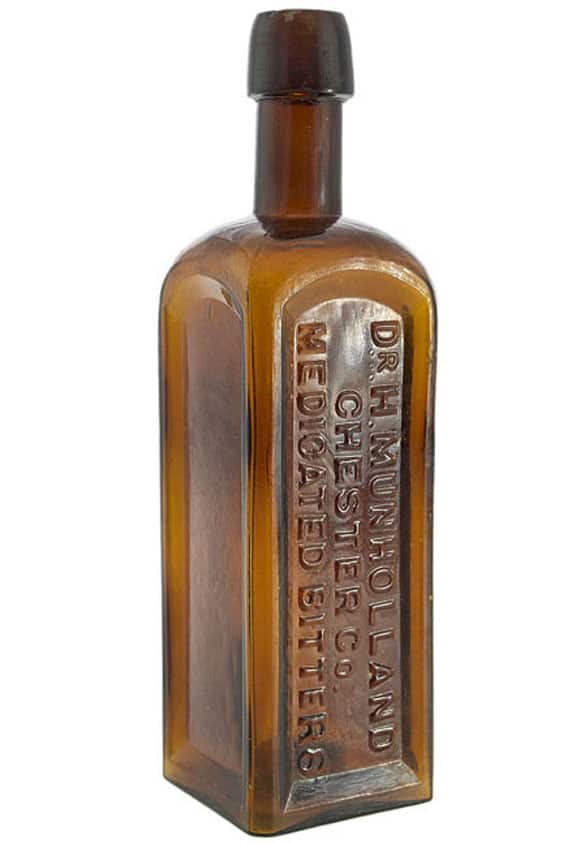 The extremely rare, Dr. H. Munholland Medicated Bitters from Chester County, Pennsylvania is a tough one to find with an example showing up in Glass Works Auctions | Auction 100 that is currently on line. I also have an example that I need to photograph for this post. The Glass Works write-up for the bottle (pictured top of post) is as follows: 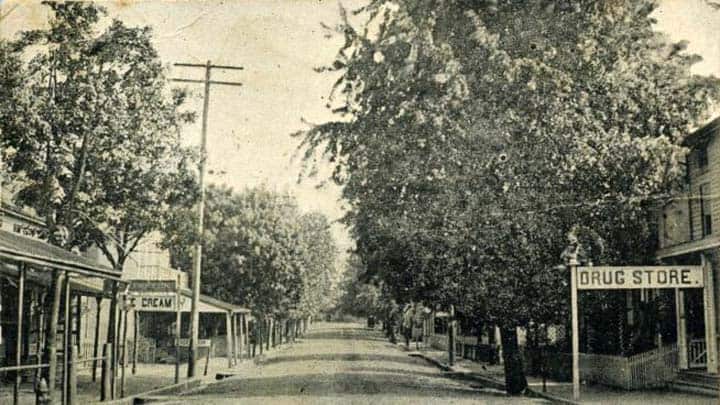 We are talking here about Henry Munholland who was physician of considerable standing and practice who was born about 1808, probably in Chester County, Pennsylvania. Henry’s mother and father were both from Ireland. In 1836, Henry married Anna F. Lauer and they had three children including Henry Parker (b 1843), Margaretta, and Mary. Henry Parker Munholland was listed as a Allopathic Physician. The father and son doctors lived in Waynesburg, Honey Brook Township, Chester County, Pennsylvania. They were listed at two addresses at the same time as illustrated on the 1883 map below. One address on Main Street for Dr. Henry Munholland and the second address location on Spruce Street. 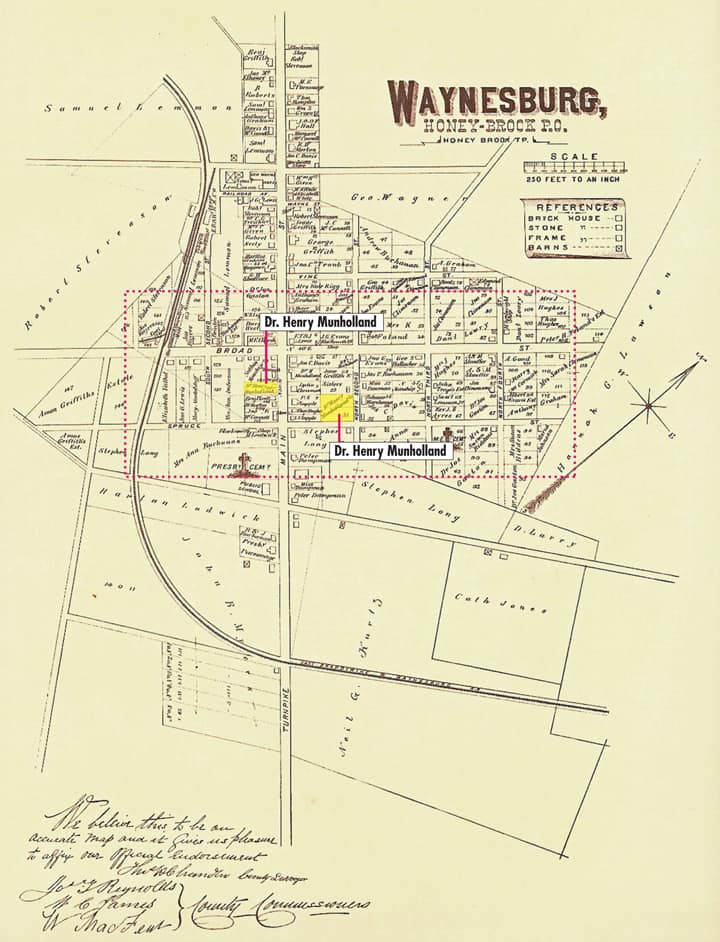 Detail of map of Waynesburg, Honey Brook Township above. Two locations (Main Street & Spruce Street) are marked for Dr. Henry Munholland in 1883. I suspect one was the father and one was the son or one location was there they practiced while the other location was where they made their bitters. – U.S., Indexed County Land Ownership Maps, 1883

There was another Waynesburg in western Pennsylvania. The freight was being routed to the wrong stations. Hence, the name was changed from Waynesburg to Honey Brook.

1843: birth (of son) to Henry Sr. and Anna, Henry Munholland in Pennsylvania

1849: On leaving the academy, Mr. Williams (Colonel William C. Williams of Noble County, Indiana) began life on his own resources, by teaching school in Delaware, Maryland, and Pennsylvania, until the fall of 1849, when he entered the study of medicine with * Doctor James Munholland, of Waynesburg, Chester County, Pennsylvania, one of the most successful physicians in the county. – A Biographical History of Eminent and Self-made Men of the State of Indiana, 1880 *PRG: Strange, I believe this should say ‘Doctor Henry Munholland’.

HISTORY OF THE TOWN OF HONEY BROOK

In 1815, the village of Waynesburg was formed after a schoolmaster by the name of Stinson purchased a lot or common byway of speculation. He had the lot surveyed into town lots and made a lottery. Those holding lots along Horseshoe Pike took possession and promptly paid for their tickets. The back lots took a longer time to sell.

One of the largest problems for the development of the village was water. The village lies on a ridge between the headwaters of the east and west branches of the Brandywine Creek. Wells had to be put down at considerable expense.

The year 1884 saw a change to the village. The railroad from Philadelphia-Downingtown-Lancaster was completed and ran along the south side of Horseshoe Pike. The railroad caused a problem for the village. There was another Waynesburg in western Pennsylvania. The freight was being routed to the wrong stations. Hence, the name was changed from Waynesburg to Honey Brook. This name is from the word Nantmeal which means “sweet stream.”

As the town grew, a petition was circulated in 1891 for the town to be incorporated into a borough. Almost every homeowner signed. With the incorporation into a borough, the main problems to overcome were: street lighting, sidewalks, and several years later water.

The Borough accepted public water in September 1896. At that time, it was a gravity water system requiring little work. Electric streetlights were installed after much discussion in 1915. Before that, gas lamps were used to light the streets.

When the Borough was incorporated, the census was around 700. In 2,000, the census had doubled. The population of the township is now around 5,000 people. [from Honey Brook Township] 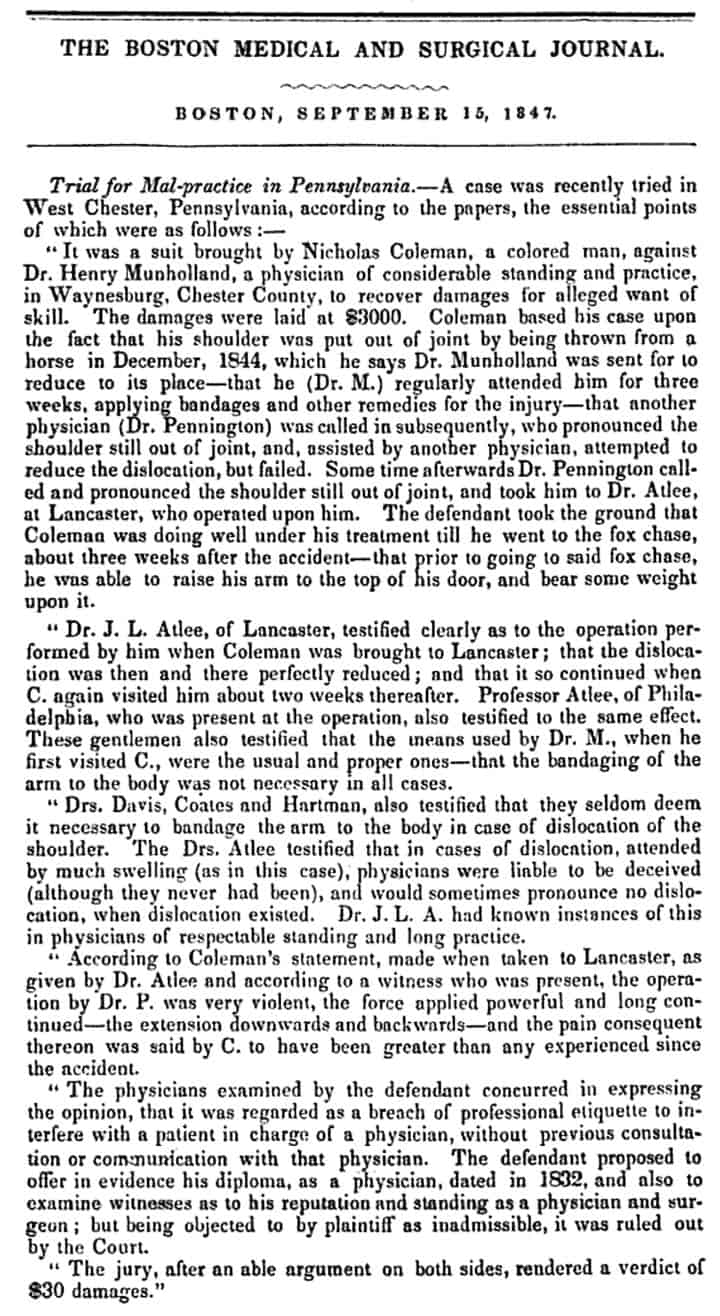 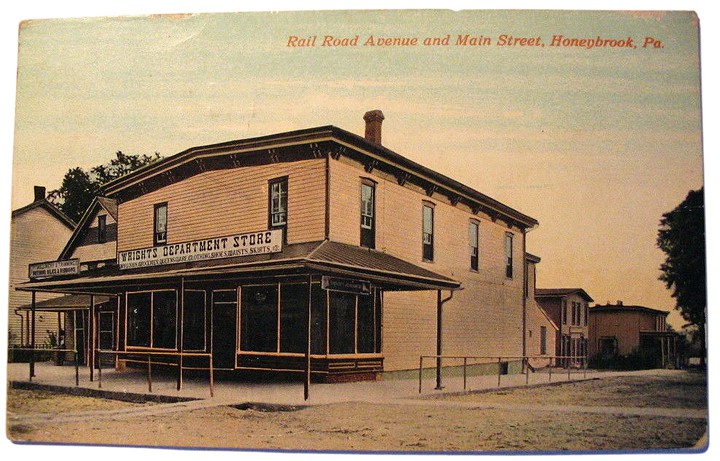 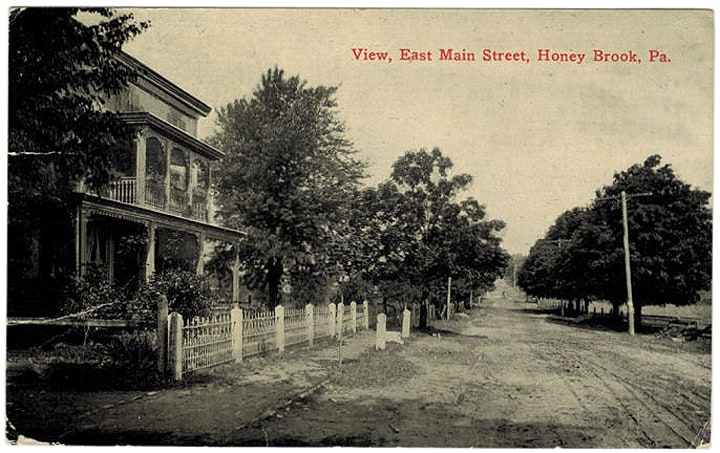 Ferdinand Meyer V is a native of Baltimore, Maryland and has a BFA in Fine Art and Graphic Design from the Kansas City Art Institute and School of Design. Ferdinand is the founding Principal of FMG Design, a nationally recognized design consultation firm. Ferdinand is a passionate collector of American historical glass specializing in bitters bottles, color runs and related classic figural bottles. He is married to Elizabeth Jane Meyer and lives in Houston, Texas with their daughter and three wonderful grandchildren. The Meyers are also very involved in Quarter Horses, antiques and early United States postage stamps. Ferdinand is the past 6-year President of the Federation of Historical Bottle Collectors and is one of the founding members of the FOHBC Virtual Museum.
View all posts by Ferdinand Meyer V →
This entry was posted in Auction News, Bitters, Druggist & Drugstore, Medicines & Cures, Uncategorized and tagged Allopathic, bitters, Brook, Chester, Henry, Honey, Lauer, medicated, Munholland, Pennsylvania, physician, Waynesburg. Bookmark the permalink.