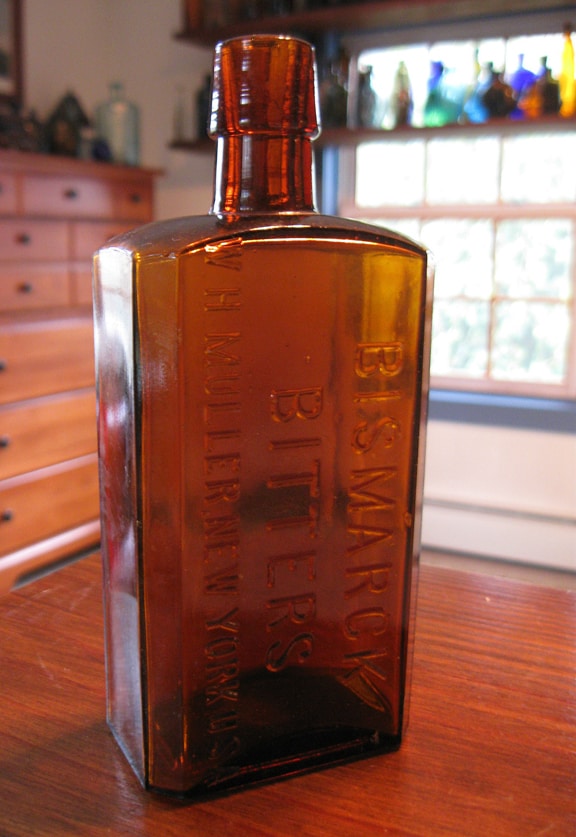 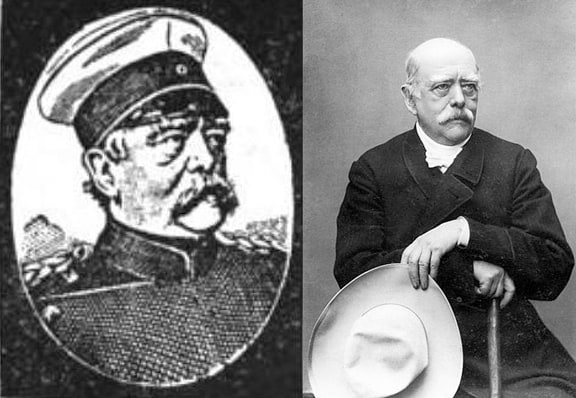 The mixture of ground roots and bark having, on the wrapper of the package containing the mixture, directions how to make the bitters by steeping the contents in Holland gin…

There was an interesting, 6″ tall, Bismarck Bitters put out by William M. Muller in New York City that closed on ebay last Sunday evening. Of course this bitters is named after the Prussian statesman, Otto von Bismarck. I have a Bismarck Bitters from Chicago (another brand – B 105) and was pleased to be adding this example to my collection. The ebay listing read:

B 107 BISMARCK BITTERS / great condition / SCARCE – Here is a very scarce bitters that packs a lot into a small size . When was the last time you saw one? Embossed with a strong strike “BISMARCK / BITTERS / W H MULLER, NEW YORK, U.S.A. ” Base embossed “W. T & CO”. Bottle is 6″ tall – smooth base. Condition is very good with no chips or cracks – minor interior water mark on back side and one side panel. VNM. A must have for any bitters collection! – newengland-glass-co (100% PositiveFeedback)

There are quite a few Wm H. Muller listings in New York City from the 1870s to 1910 or so that I had to weed through. The most likely and probable candidate is William H. Muller who was born in Germany, and was a druggist in the 1870s through the early 1900s.

Opinion of the Court 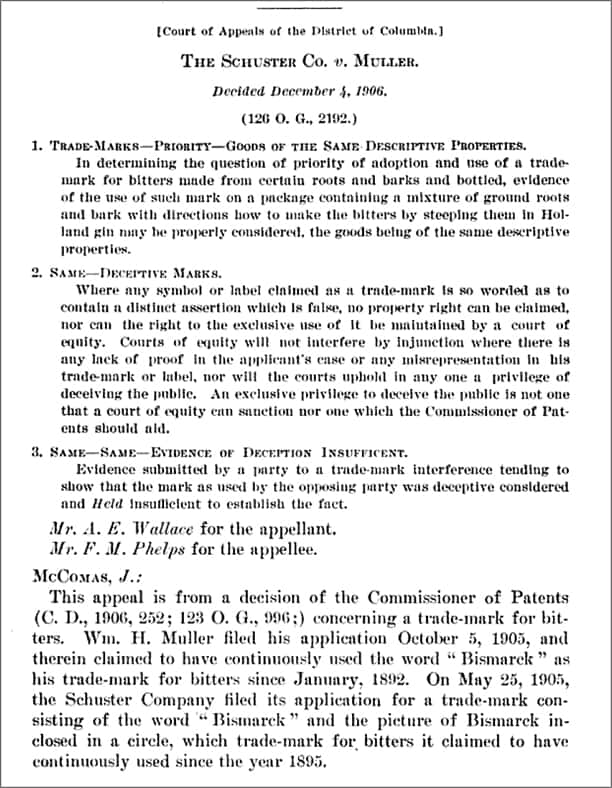 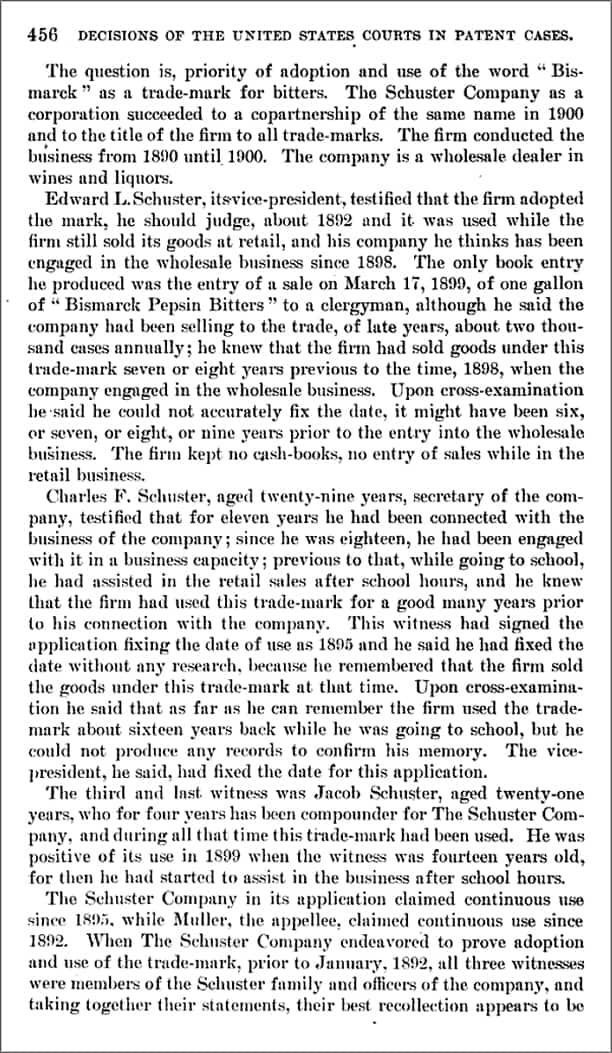 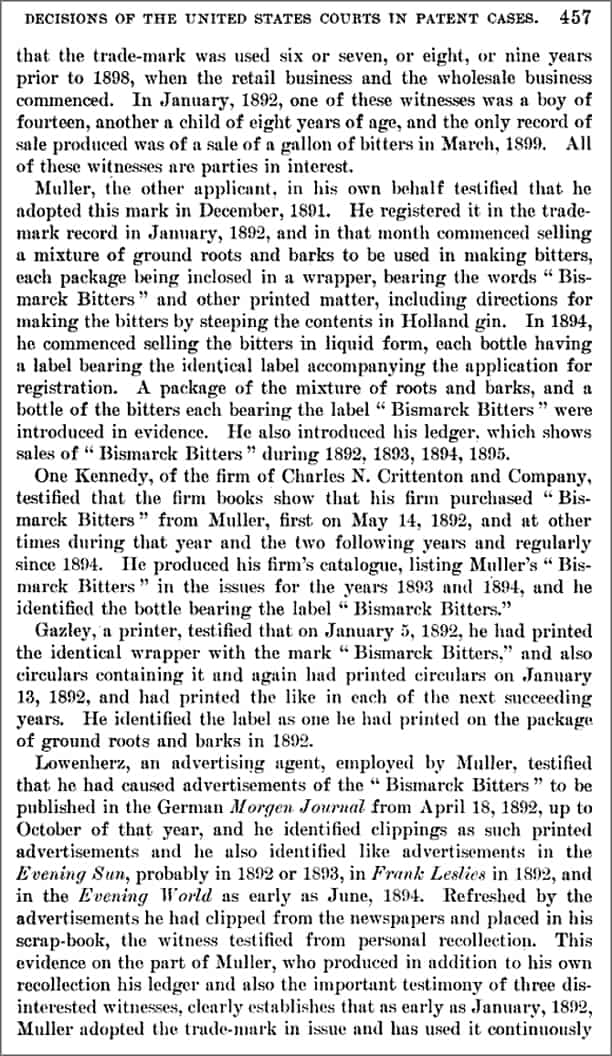 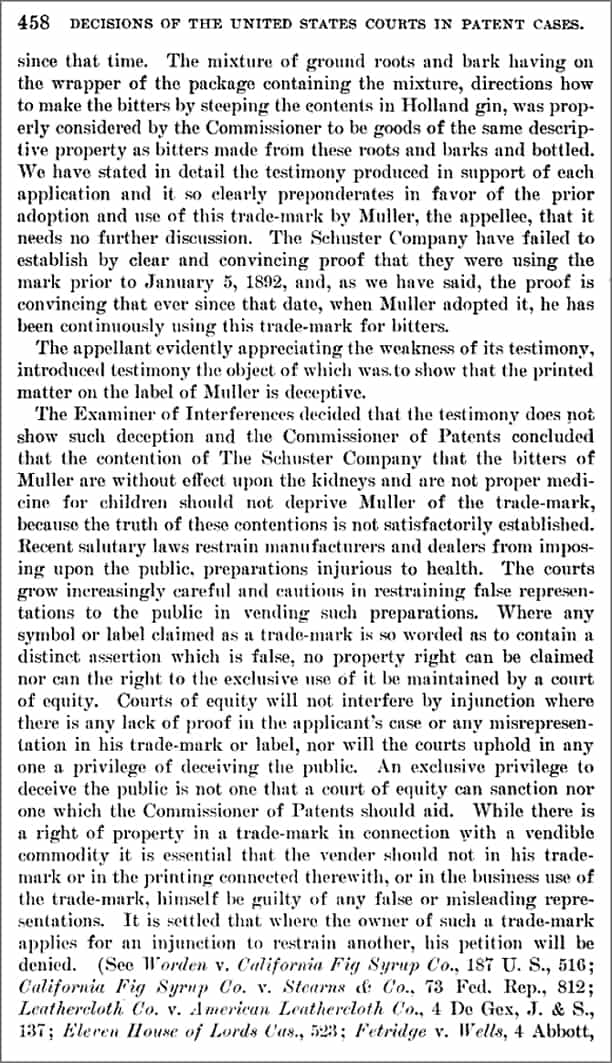 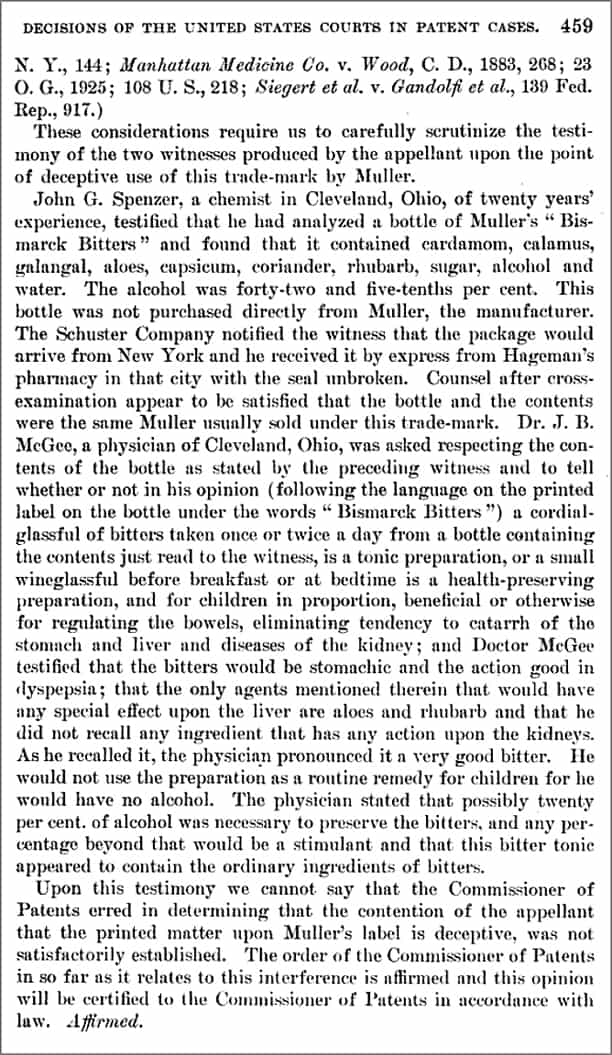 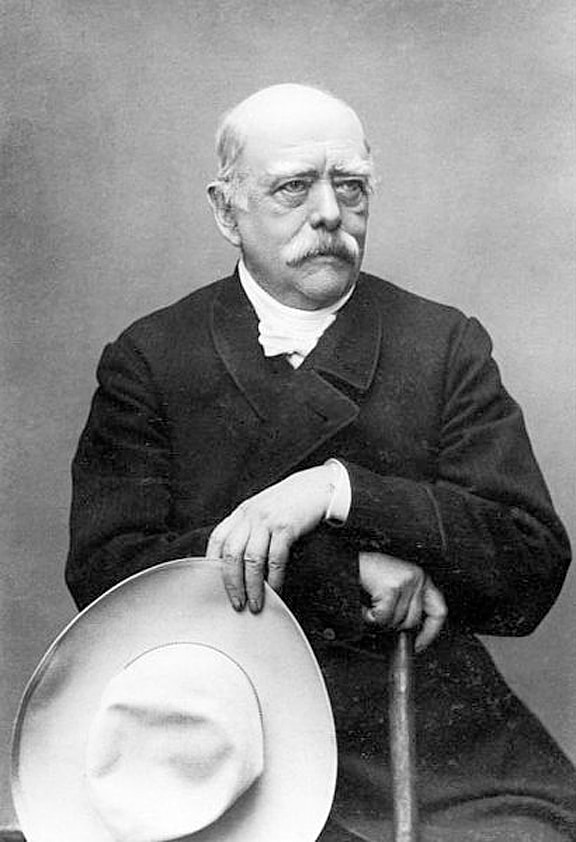 Otto Eduard Leopold, Prince of Bismarck, Duke of Lauenburg (1 April 1815 – 30 July 1898), known as Otto von Bismarck, was a Prussian statesman who dominated German and European affairs with his conservative policies from the 1860s to his dismissal in 1890 by Emperor Wilhelm II. In 1871, after a series of short victorious wars, he unified most of the German states (excluding Austria) into a powerful German Empire under Prussian leadership. He then created a balance of power that preserved peace in Europe from 1871 until 1914. [Wikipedia] 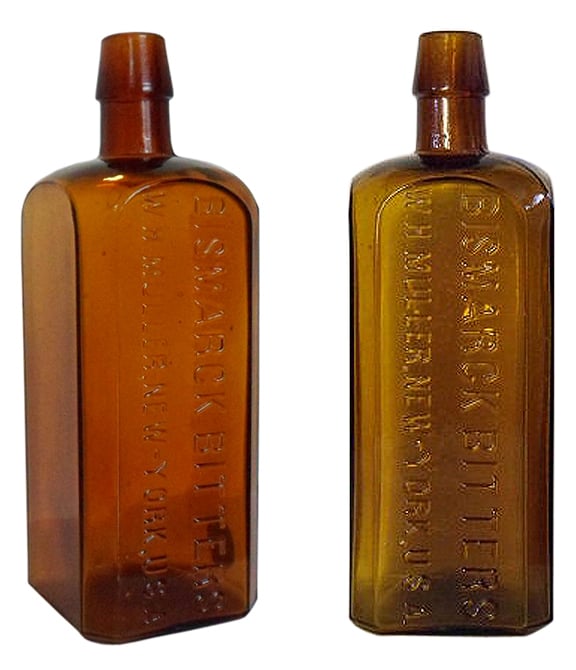 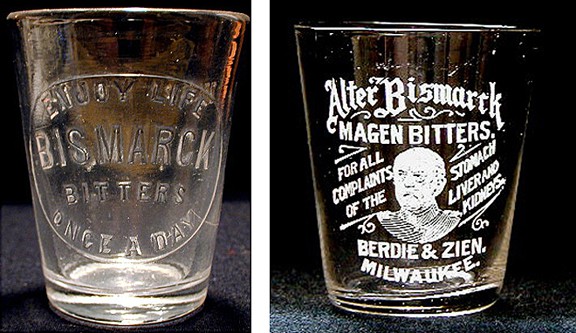 Ferdinand Meyer V is a native of Baltimore, Maryland and has a BFA in Fine Art and Graphic Design from the Kansas City Art Institute and School of Design. Ferdinand is the founding Principal of FMG Design, a nationally recognized design consultation firm. Ferdinand is a passionate collector of American historical glass specializing in bitters bottles, color runs and related classic figural bottles. He is married to Elizabeth Jane Meyer and lives in Houston, Texas with their daughter and three wonderful grandchildren. The Meyers are also very involved in Quarter Horses, antiques and early United States postage stamps. Ferdinand is the past 6-year President of the Federation of Historical Bottle Collectors and is one of the founding members of the FOHBC Virtual Museum.
View all posts by Ferdinand Meyer V →
This entry was posted in Bitters, Druggist & Drugstore, eBay, History, Medicines & Cures and tagged Bismarck Bitters, Germany, New York, Otto von Bismarck, Prussian, Schuster, William H. Muller. Bookmark the permalink.