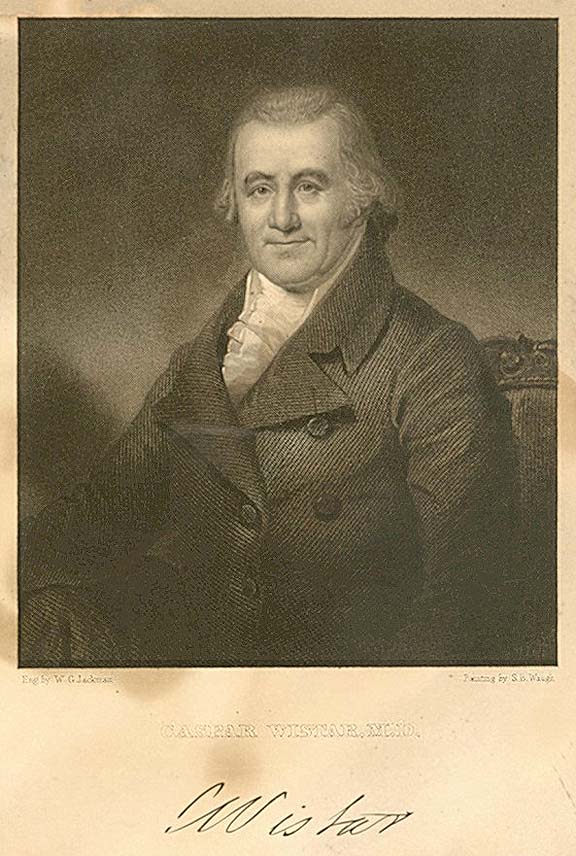 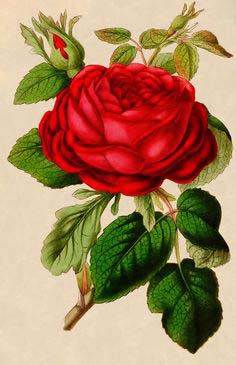 Caspar Wistar was the first American immigrant to establish the “red rose rent” that Baron von Stiegel followed over 30 years later. Since 1892, Manheim. Pennsylvania has enjoyed a quaint ceremony, called the annual “Feast of the Roses,” on the first Sunday in June. Each year, a descendant of Henry William “Baron von” Stiegel was to be honored, and receive a single red rose. The red rose was stipulated in the original deed to the land granted to what is now the Zion Evangelical Lutheran Church located in Manheim.

The Red Rose Rent, was a Feudal Custom which was practiced at Germantown in Pennsylvania and had originated in the German state of Palatinate. Early in the 18th century the first Red Rose Rent was held by by Caspar Wistar. The rose was actually the rental fee set by the proprietor of the land. Feudal English practice of setting quit-rents was commonly used throughout the lower counties of Pennsylvania. The payment of a quit-rent freed the tenant from all obligations save for realty to the proprietor of the land, which was usually the Crown or his assigns such as, in Pennsylvania, William Penn and, thereafter, to such parties to whom the rights to the acreage had transferred.

In Manheim, Pennsylvania, deep in the heart of the German settlements, Baron von Stiegel, who was not a true Baron, but amassed a fortune in colonial Pennsylvania by operating an iron furnace in the late 1750s, and later, one of the most important early American glassworks in 1765, the American Flint Glass Manufactory was originally and quite incorrectly thought by historians to have founded the Red Rose Quit Rent. Baron von Stiegel however, was not the first person to use the Red Rose Rent. It was first implemented by a fellow German named Caspar Wistar.

Caspar Wistar is best remembered for the Glass Factory but, outside of William Penn, who was the largest private owner of acreage in the world, Caspar Wistar became the largest landowner in the region. Wistar had become one of America’s first real estate tycoons, buying large tracts from the Penns and others, and then subletting them into smaller tracts, and selling them to German immigrants who were settling into the vicinity of Berks, Bucks, Lancaster and York Counties.

Over a generation prior, Caspar Wistar, Wilhelm Henry Stiegel’s fellow German emigrant, began the industrial modes of his entrepreneurship with the purchase of the Abbington Iron furnace in New Castle, Delaware. From there, while on a fox hunting expedition to Southern New Jersey in 1737, he stumbled upon enormous amounts of high grade silica on the surface of the ground near Alloway, Salem County, New Jersey. Being a successful merchant in Philadelphia and a large land owner second only to the Penn family in Pennsylvania, diversifying into glass making was an easy task for Caspar as in his youth in the Palatinate region of Germany, as the son of a forester, he saw first hand the mystery of glass making at numerous Wald glass factories. The Wistarburgh glass operations predated Stiegel’s American Flint Glass by 30 years.

These were sound business decisions made Wistar, a rather wealthy man, which certainly made it easier to be as charitable as he was. In Germany, the Wistars, spelled Wusters family, had been most recently tied to both a Lutheran Church in Neckargemund, and a Reformed Sister of the Roses of Sharon. 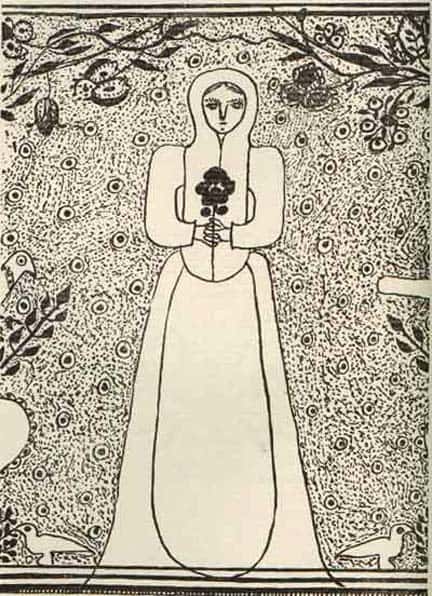 Sisters of the Roses of Sharon at Ephrata Cloister

When John Wister (notice the “i” instead of an “a”) Caspar’s brother, arrived in Pennsylvania in 1727, he was, at least briefly, associated with the Moravians and Pietists in Germantown. John Wister married one of the sisters of the Roses of Sharon at Ephrata Cloister, Anna Thoman, known at the commune as Sister Anastasia. However Caspar Wistar was more pragmatic than his brother John when it came to religion and marriage. As Rosalind Beiler notes in her novel about Caspar Wistar, “just as his father and grandfather used their confessional identities to secure their government positions and enhance their social standings, so Wistar realized the benefits of religious membership for establishing his reputation in Pennsylvania”. As early as 1721, he indicated his Quaker sympathies. By the year 1726, Wistar had become a member of the Philadelphia Friends Society and thereby gained entrance into the dominant network of merchants and political leaders in the province. Caspar also married a Quaker, Catherine Jansen which furthered his cause into society.

Although he had “indicated his Quaker sympathies” in writing, having signed a declaration of allegiance to the King, rather than swearing an oath, which was, as Beiler points out, anathema to Quakers, Caspar Wistar’s status as a “card carrying” Quaker did not totally overcome his sympathies for the other Protestant sects with which he’d become familiar in Germany, and which dominated the Germantown area.

As proof, Caspar not only sold, but also granted acreage to those who were not Quakers, or who could otherwise not afford to purchase real estate . One such grant was made to the Reformed congregation in Tulpehocken. The Tulpehocken church received 100 acres from Wistar in 1738, upon which they built a church, cemetery, and a schoolhouse. Wistar carved the church parcel out of his total Tulpehocken Valley holdings, sales of which were enormously profitable. The transaction specified a quit-rent the church was required to pay annually: one red rose. Other Berks County families received similar deals from Wistar. Shortly after the original grant, Caspar ceased to insist on even the token tribute of thanks for his generosity. In 1910, the New York Times quoted a Berks County historian who claimed that “at least 20,000” acres in the vicinity of Reading and Germantown were deeded on similar terms. Only two men were cited as responsible for the deeds: the British merchant John Page, and Caspar Wistar.

The Lutheran Church in Manheim, whose grounds were deeded by Baron von Stiegel, may receive more press coverage today for its annual Feast of Roses, but Caspar Wistar’s donation to the Reformed Church and many poor German peasants set the American precedent for Stiegel to follow. Red Rose Rents are still paid to this day annually to the descendent’s of the Wistars. The roses are considered priceless heirlooms. The most lavish of the rose rent ceremonies involving the Wistar family was in 1902, when 30 Philadelphia Wistars gathered to receive their due: 157 red roses, representing rent in arrears. Shortly after the original grant, Caspar ceased to insist on even the token tribute of thanks for his generosity. Caspar’s grant to Tulpehocken was notarized by Conrad Weiser, a Justice of the Peace who, even while busy negotiating on behalf of William Penn or closing agreements with the Native Americans, was a resident of Ephrata Cloister, toward which we’ll look next.

Ferdinand Meyer V is a native of Baltimore, Maryland and has a BFA in Fine Art and Graphic Design from the Kansas City Art Institute and School of Design. Ferdinand is the founding Principal of FMG Design, a nationally recognized design consultation firm. Ferdinand is a passionate collector of American historical glass specializing in bitters bottles, color runs and related classic figural bottles. He is married to Elizabeth Jane Meyer and lives in Houston, Texas with their daughter and three wonderful grandchildren. The Meyers are also very involved in Quarter Horses, antiques and early United States postage stamps. Ferdinand is the past 6-year President of the Federation of Historical Bottle Collectors and is one of the founding members of the FOHBC Virtual Museum.
View all posts by Ferdinand Meyer V →
This entry was posted in Article Publications, Early American Glass, Glass Companies & Works, Glass Makers, History and tagged Baron von Stiegel, Caspar Wistar, Ephrata, Germantown, Henry William Stiegel, Manheim, Palatinate, Pennsylvania, Red, rent, Rose, Stephen Atkinson, Tulpehocken, William Penn. Bookmark the permalink.