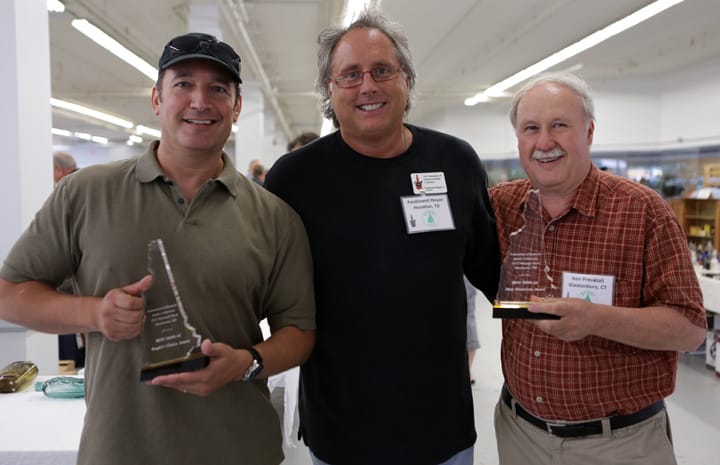 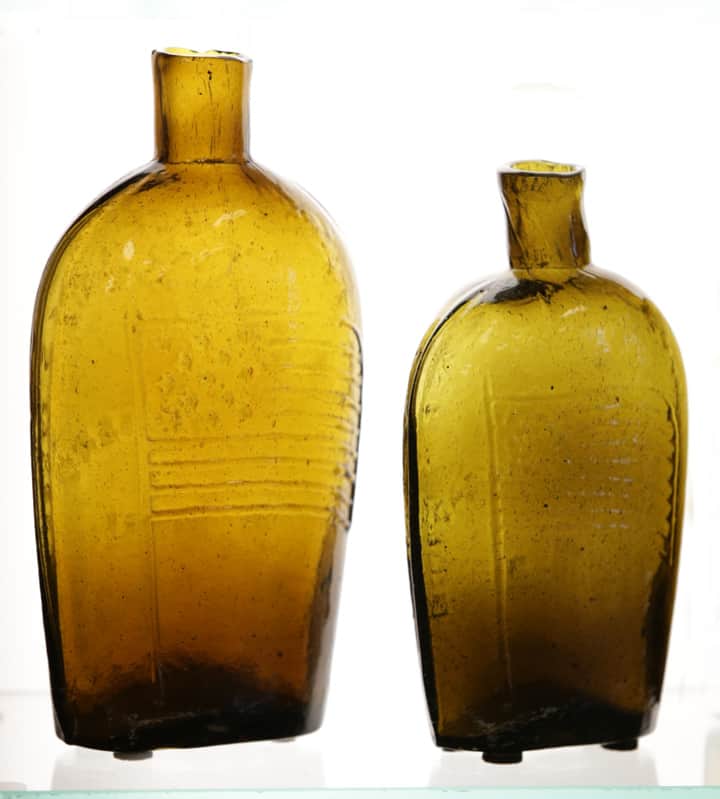 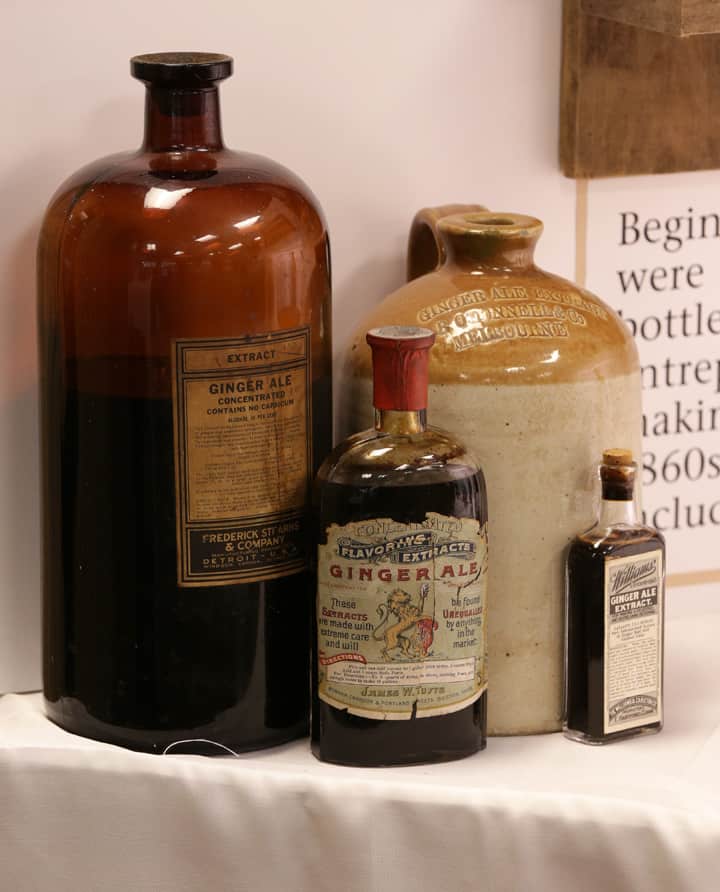 Pushing out some pictures of the two displays that won awards at the FOHBC 2013 National Antique Bottle Show in Manchester, New Hampshire. Awards were announced this past Sunday afternoon near the conclusion of the show.

Congratulations are in order to Michael George and his Stoddard Glass Factory exhibit which won the “People’s Favorite Award”. This fantastic display anchored one of the three rooms used for the exhibitors and their material.

The second award was won by Ken Previtali and his incredible, jaw dropping, Ginger Ale Display. This exhibit won the prestigous “Most Educational Award”.

Look for more coverage of the other wonderful displays, an article in Bottles and Extras and videos of the displayers and their displays by Alan DeMaison. 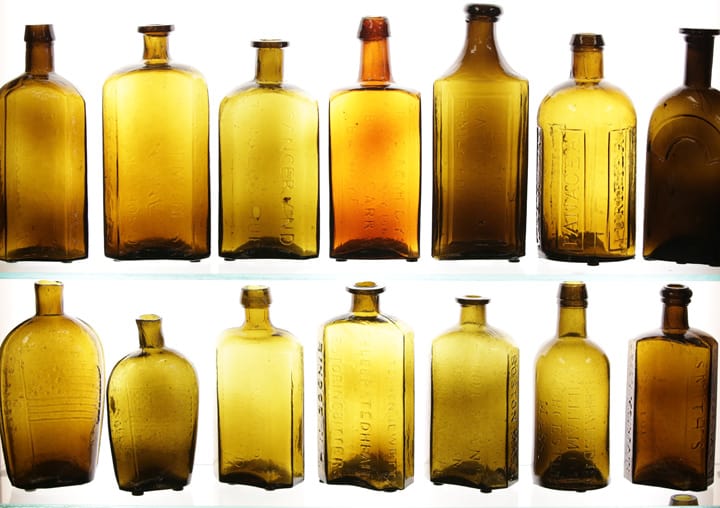 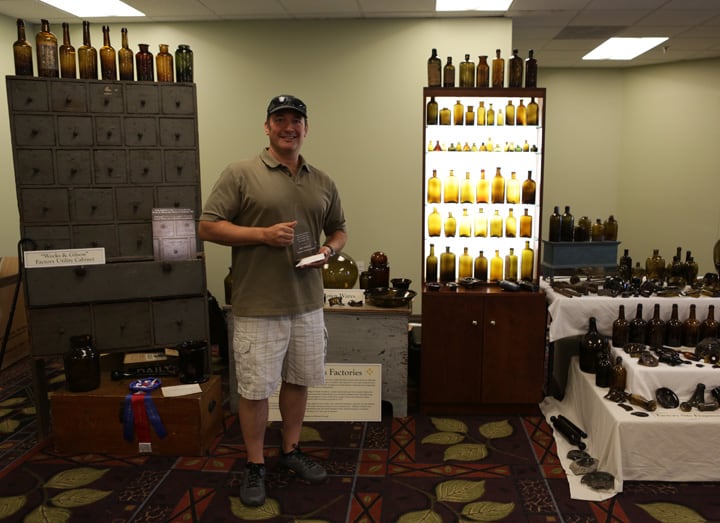 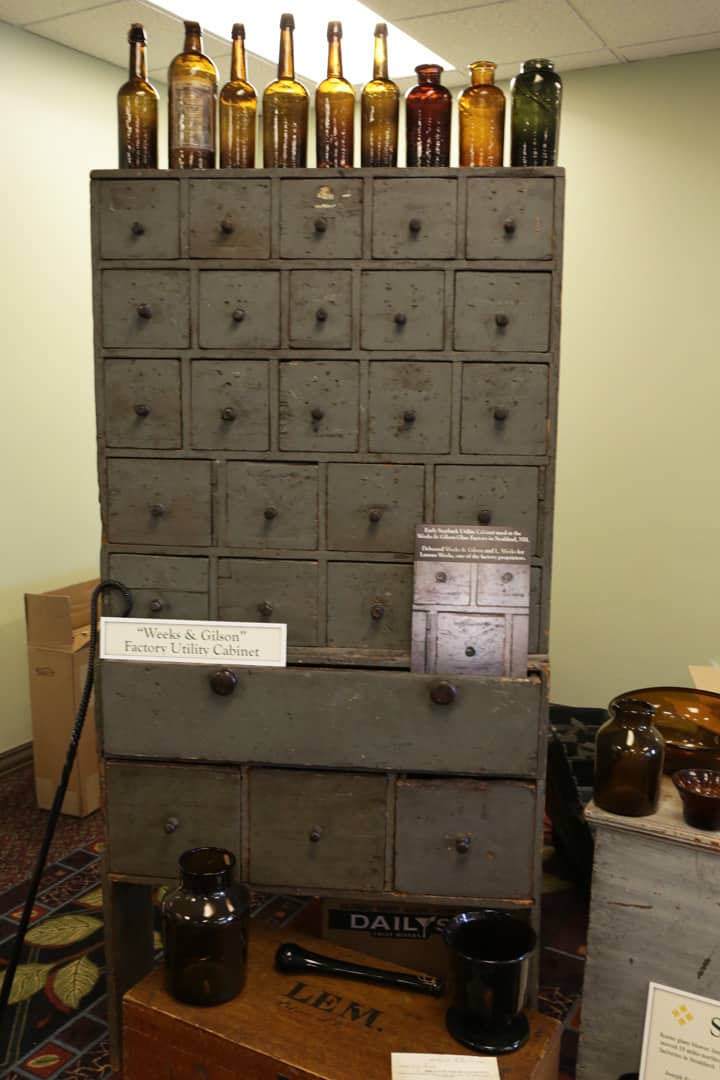 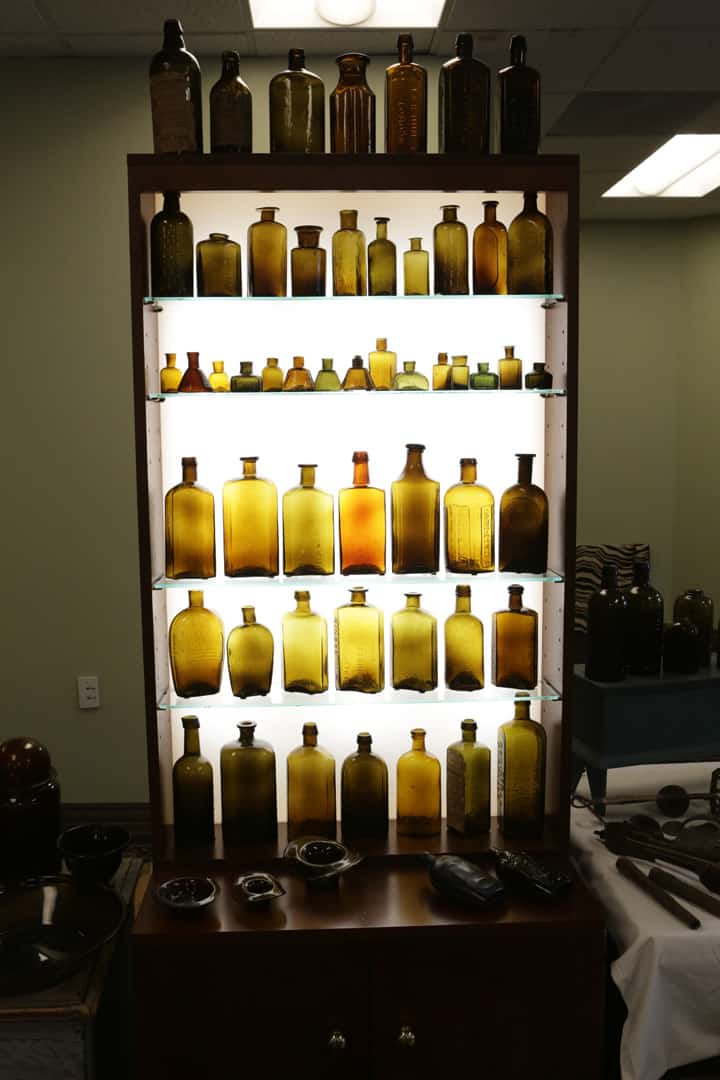 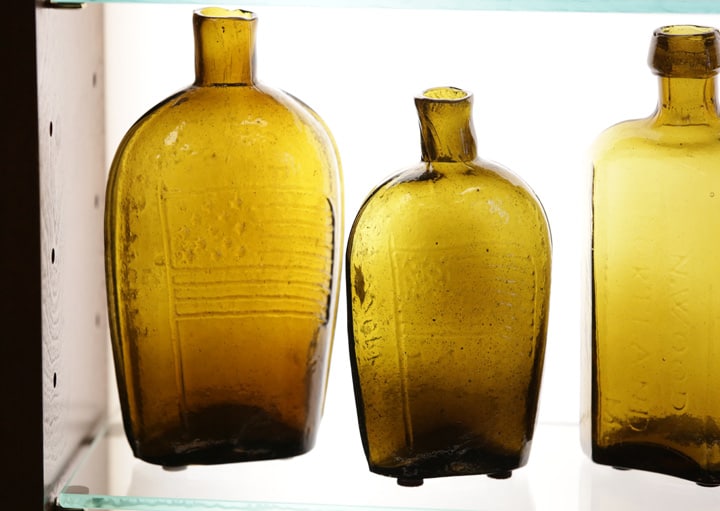 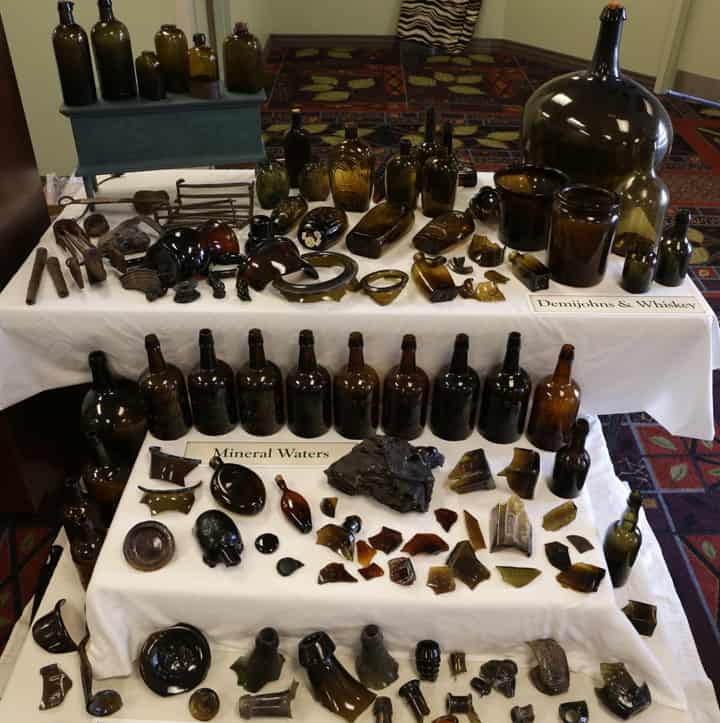 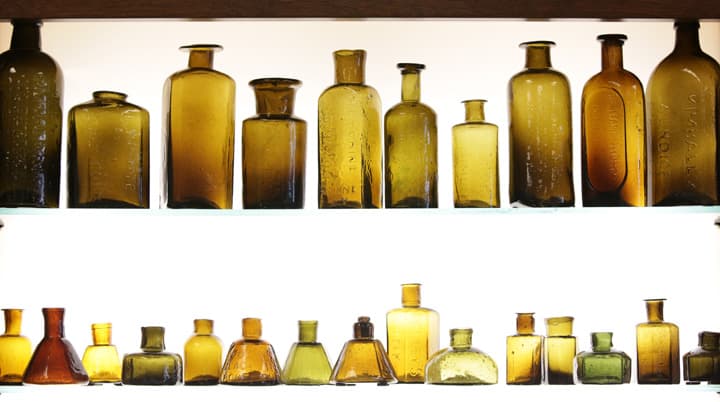 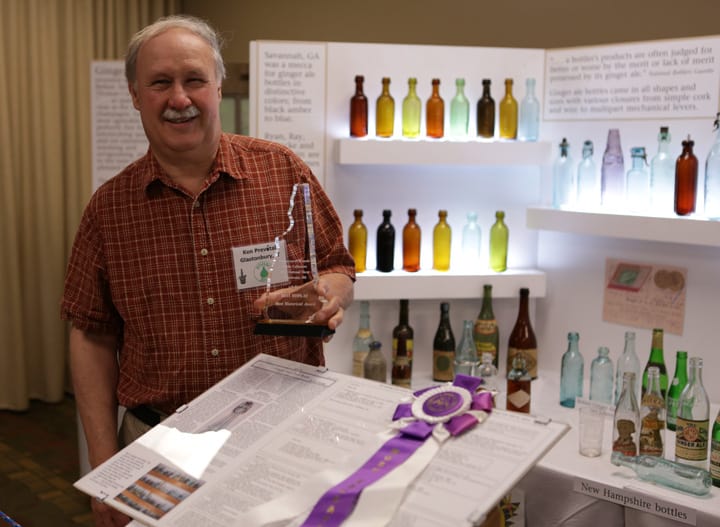 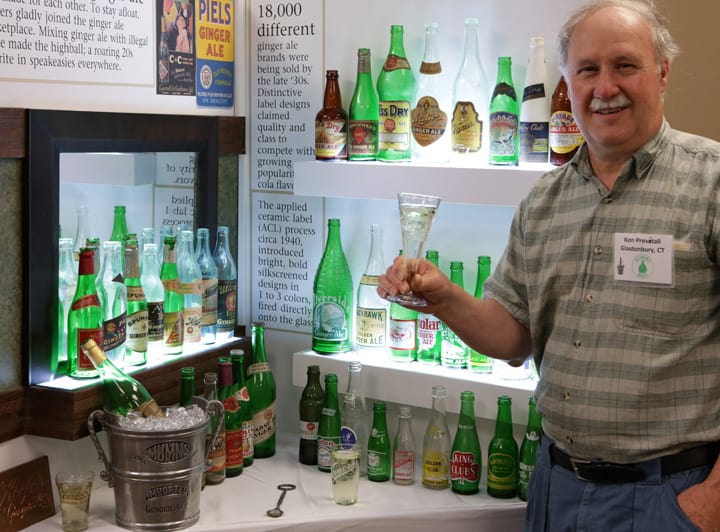 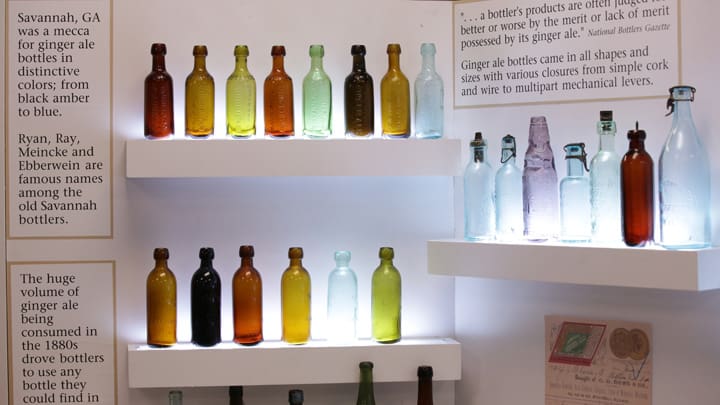 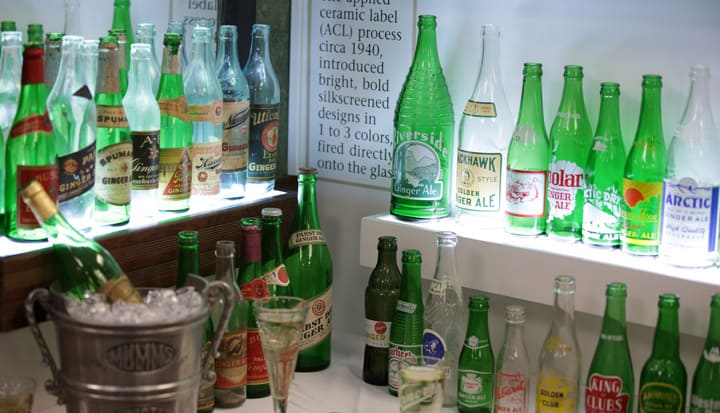 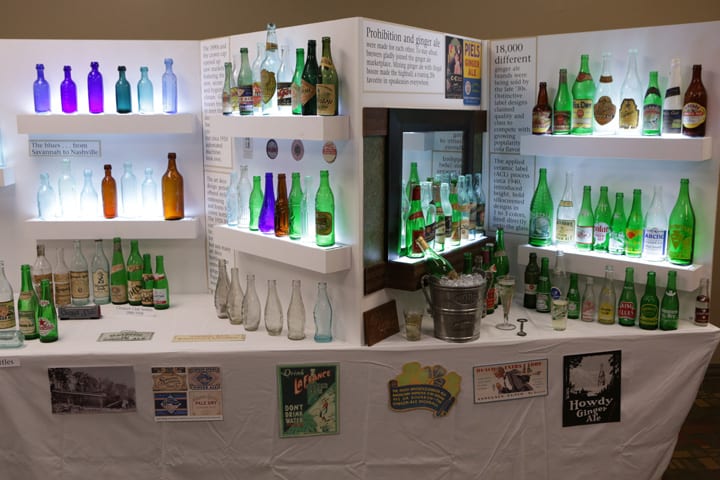 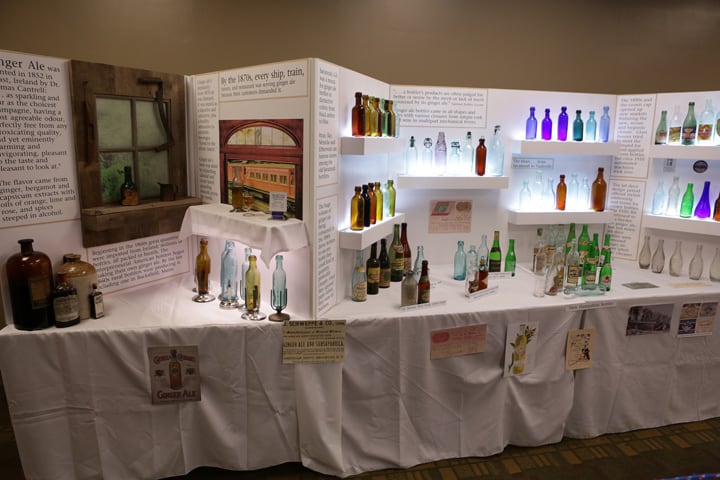 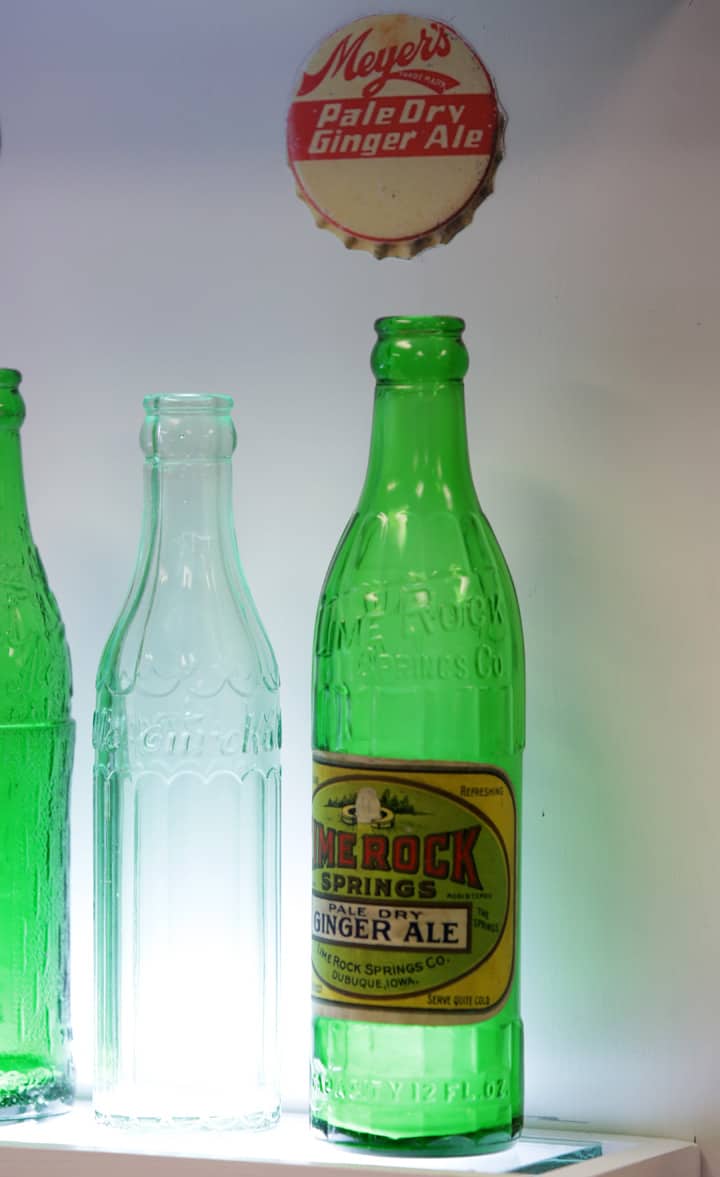 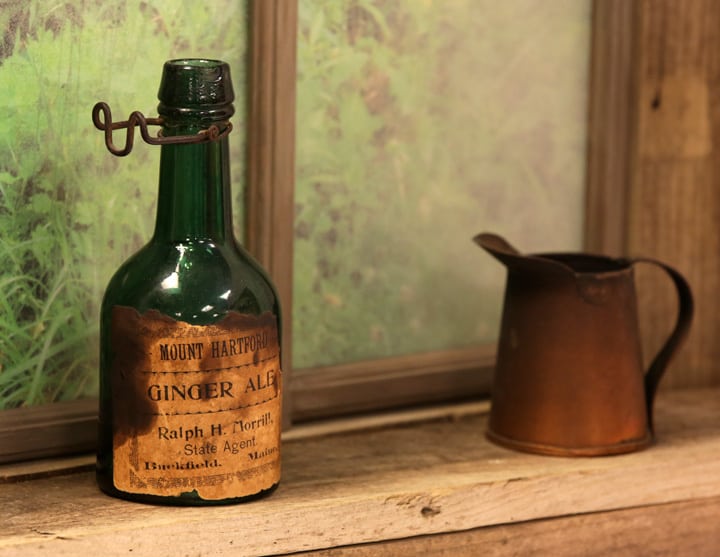 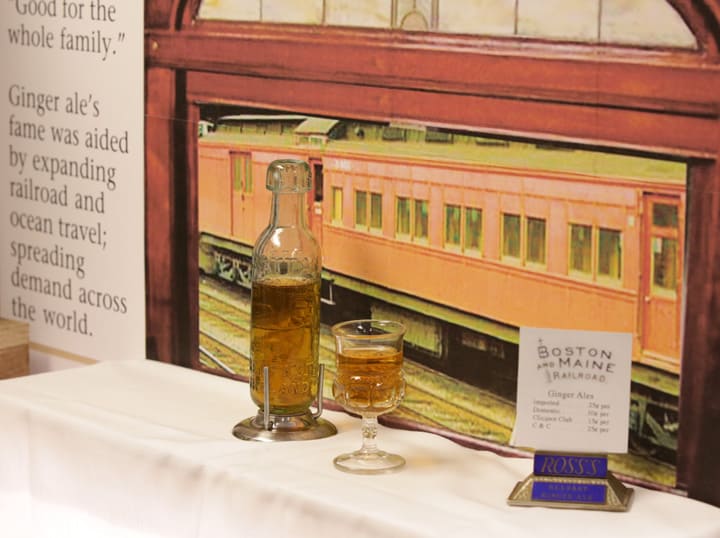 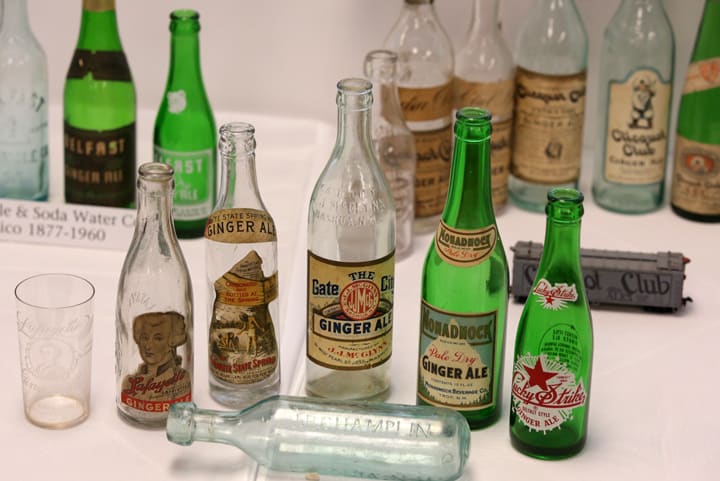 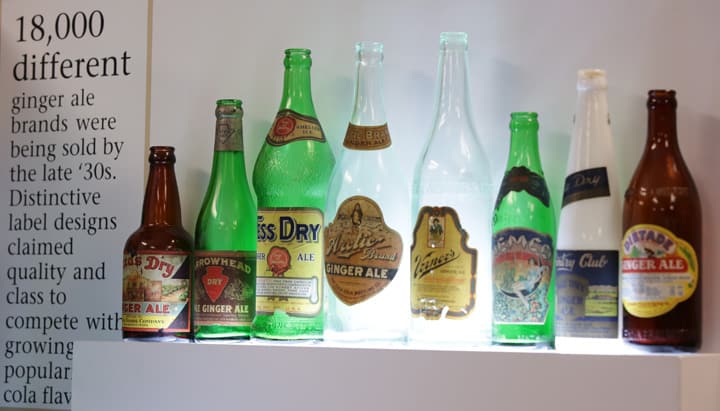 Ferdinand Meyer V is a native of Baltimore, Maryland and has a BFA in Fine Art and Graphic Design from the Kansas City Art Institute and School of Design. Ferdinand is the founding Principal of FMG Design, a nationally recognized design consultation firm. Ferdinand is a passionate collector of American historical glass specializing in bitters bottles, color runs and related classic figural bottles. He is married to Elizabeth Jane Meyer and lives in Houston, Texas with their daughter and three wonderful grandchildren. The Meyers are also very involved in Quarter Horses, antiques and early United States postage stamps. Ferdinand is the past 6-year President of the Federation of Historical Bottle Collectors and is one of the founding members of the FOHBC Virtual Museum.
View all posts by Ferdinand Meyer V →
This entry was posted in Bottle Shows, Club News, Collectors & Collections, Display, Early American Glass, Ephemera, FOHBC News, Ginger Ale, Glass Companies & Works, History, News, Soda Bottles and tagged award, display, exhibit, fohbc, Ginger Ale, Ken Previtali, Manchester, Stoddard. Bookmark the permalink.