The Glass Works Auction #99 The “Madness in Manchester” Auction began online and concluded at the FOHBC 2013 National Antique Bottle Show in Manchester, New Hampshire on Saturday evening, July 20th 2013 (7:00 PM) at the Raddisson of New Hampshire Expo Center Ballroom. The room was packed and from all accounts was a GREAT success! Look for a full story in the upcoming September | October issue of Bottles and Extras. I wanted to get a few pictures out while the auction was so fresh in my mind. 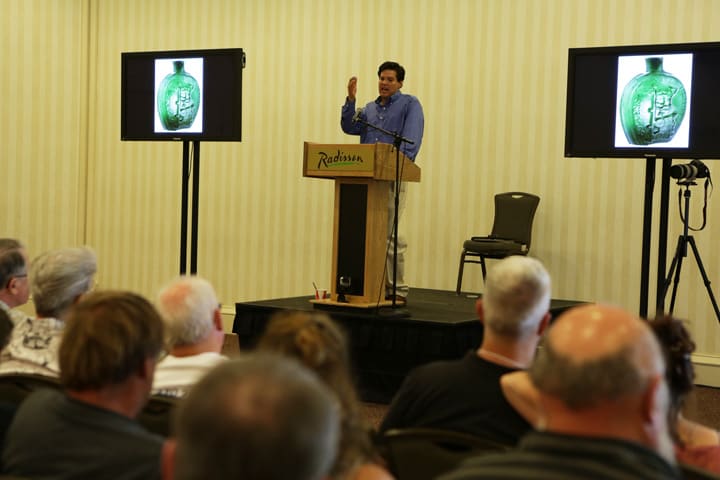 John Pappas with Gallery at Knotty Pine called the auction (see above pic) in a clean efficient way as Glass Works was not licensed in New Hampshire. 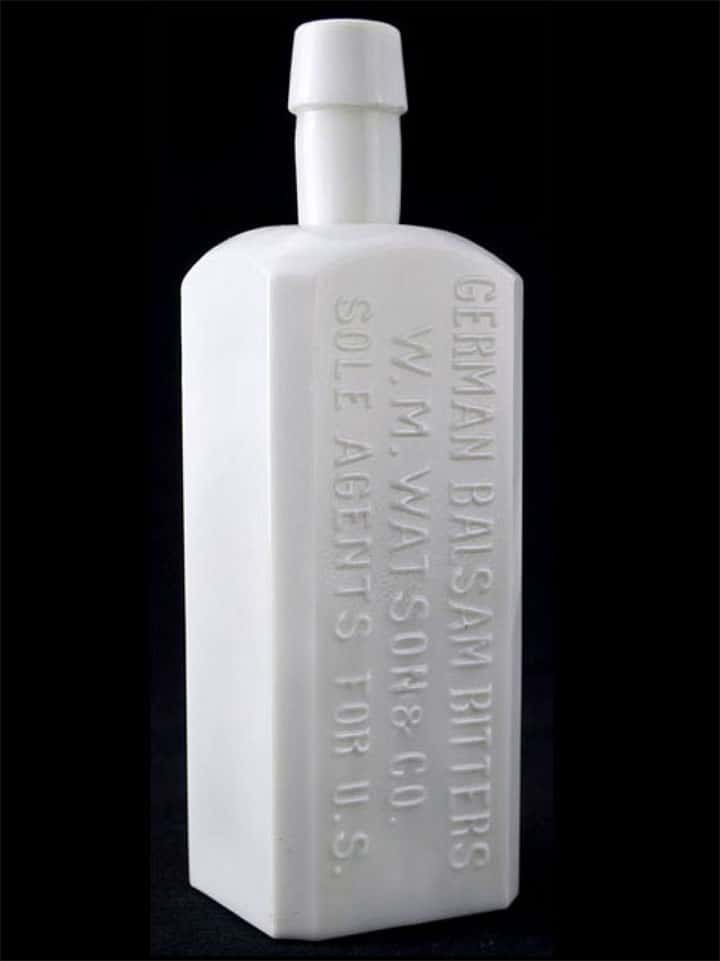 For you western bitters guys, I’m the one who won the German Balsam Bitters at that steep price. Love the bottle though and a portion of the money is for a good cause. 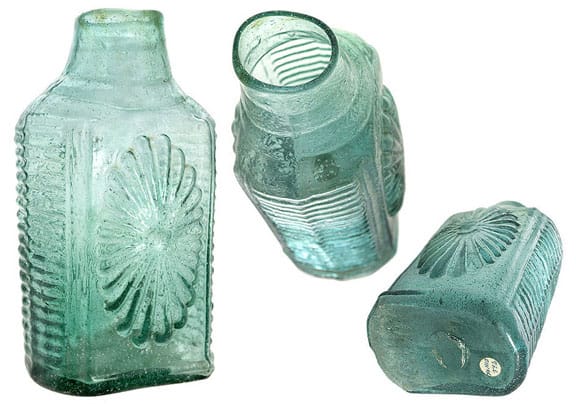 The Wide Mouth Sunburst Flask was the piece receiving the highest hammer price. This extraordinary piece went to a Rocky Mountain area collector and broke the $25,000 line including auction house premium. 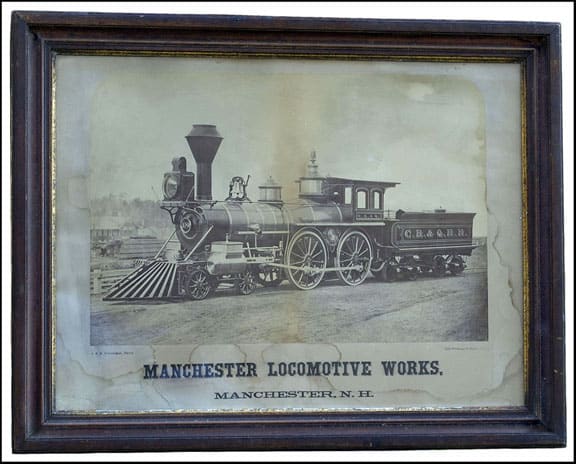 Lot 100. Advertising Sign, ‘Manchester Locomotive Works / Manchester, N.H.’, New Hampshire, ca. 1865 – 1875, photograph on white stock showing a steam locomotive with the letters ‘C.B. & Q.R.R.’ (Chicago, Burlington & Quincy Railroad), 28” by 23” in size, the wooden frame has age but may not be original. A photo credit for ‘J & M Prendergast, 258 Washington Street, Boston’ is below the lower edge of the picture. Some minor water stain exists around the edges, but no tears or creases. The Manchester Locomotive Works was in operation from 1855 to 1913.
The first locomotive built by the company was for the Chicago, Burlington and Quincy Railroad. It was also the sole provider for engines used on the Mount Washington Cog Railway. 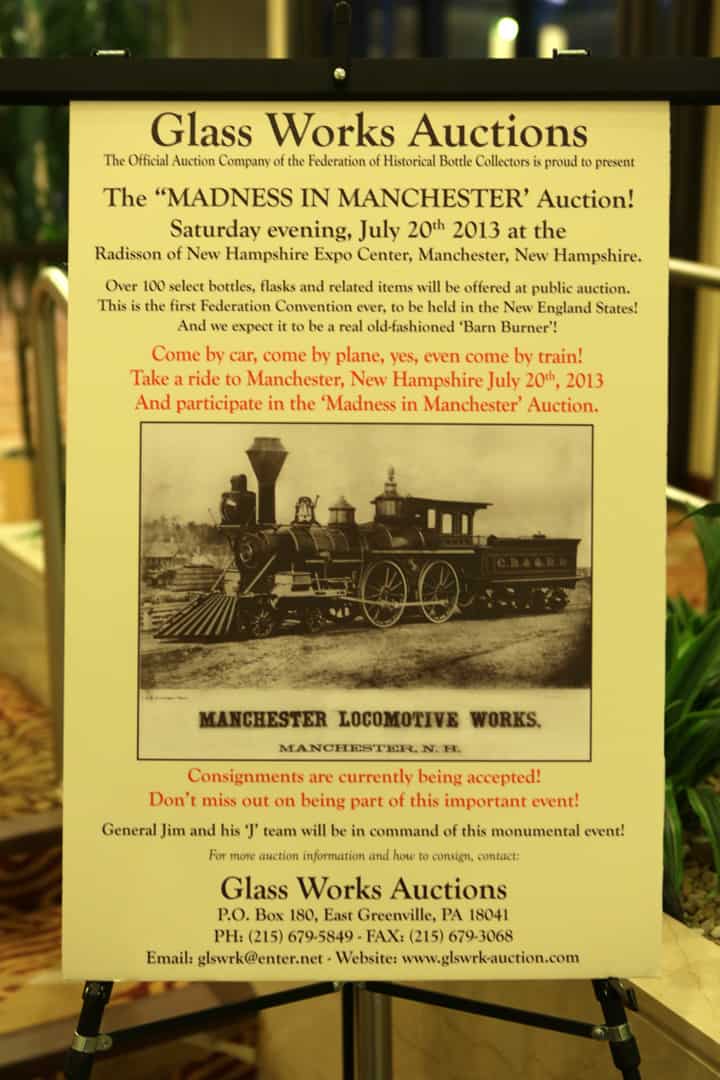 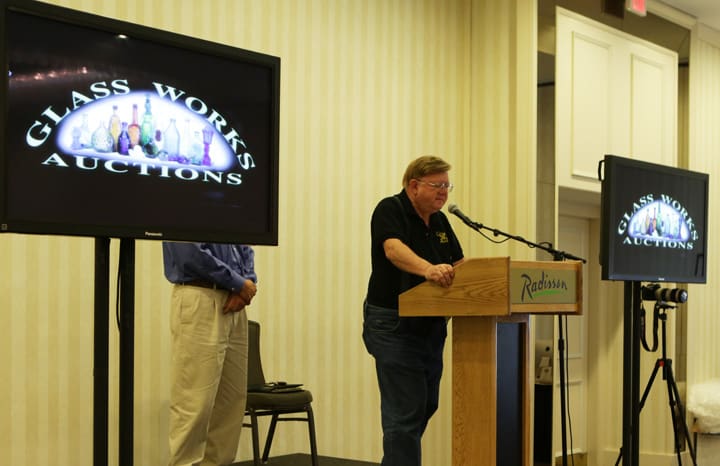 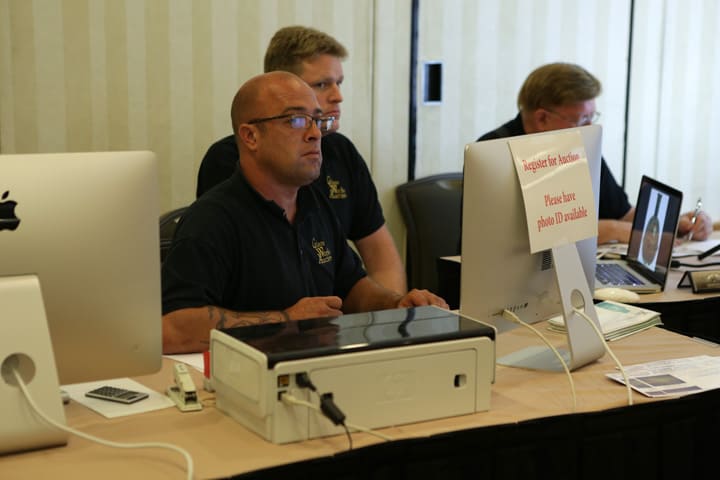 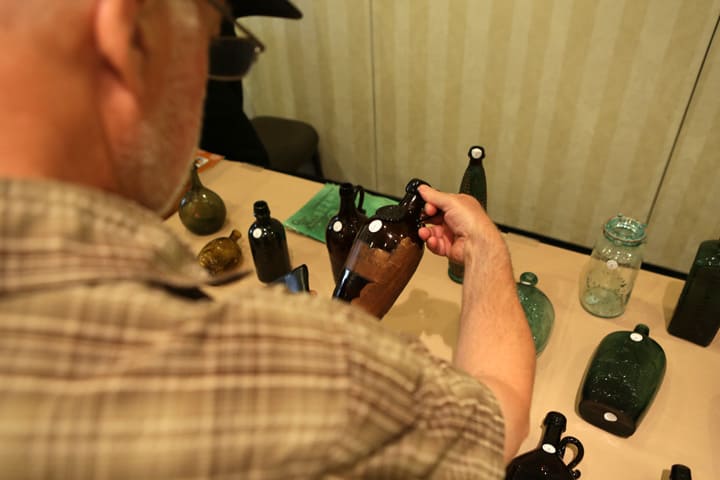 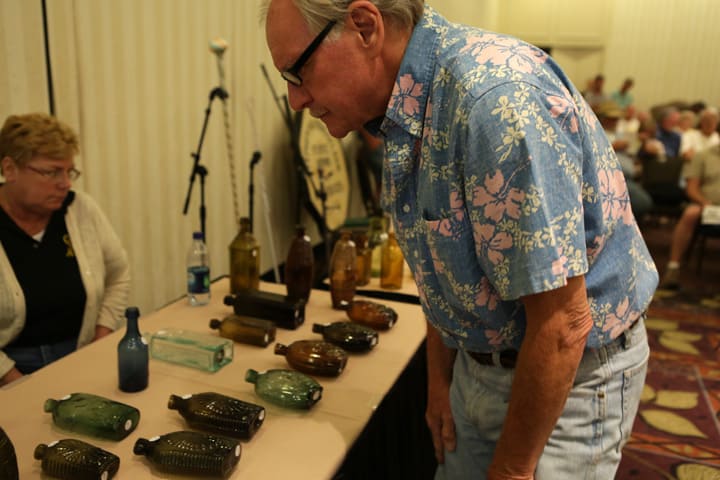 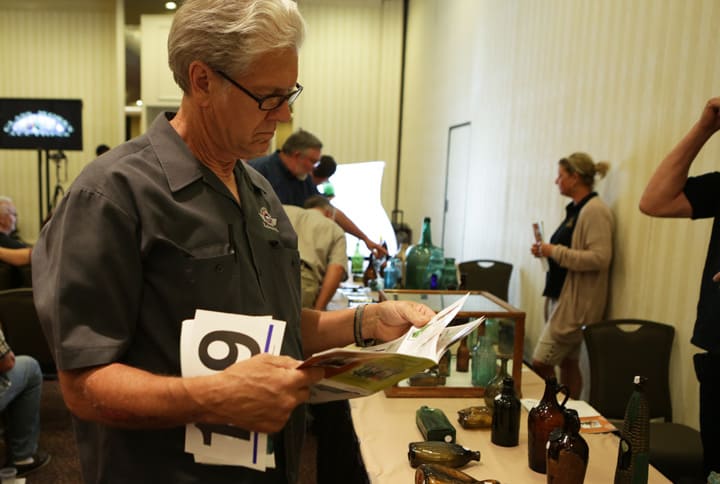 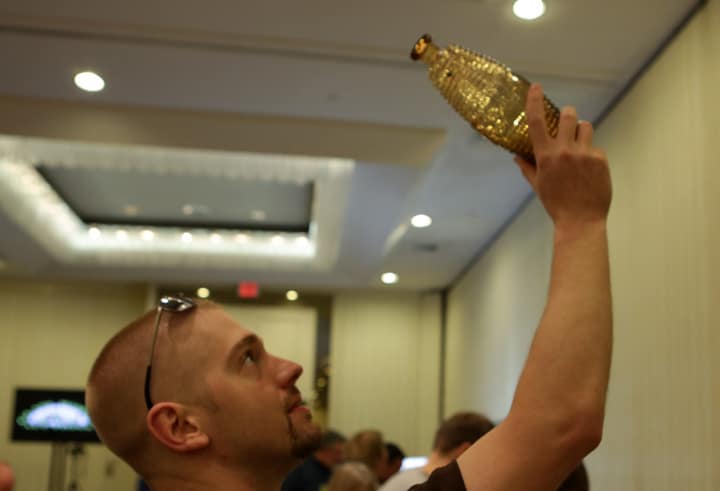 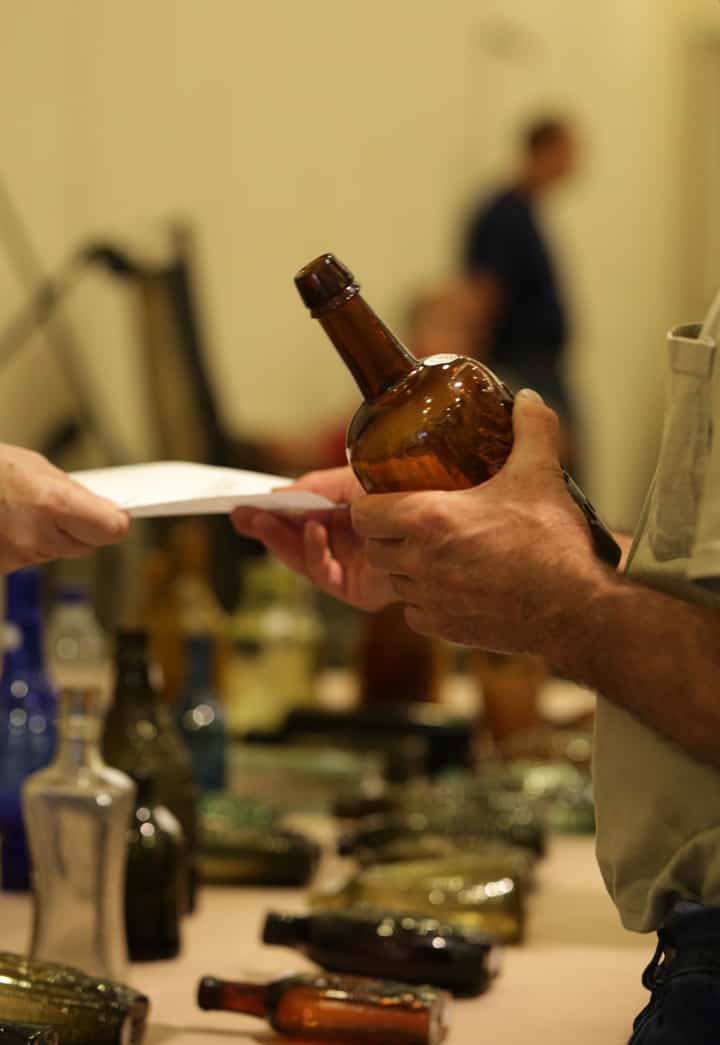 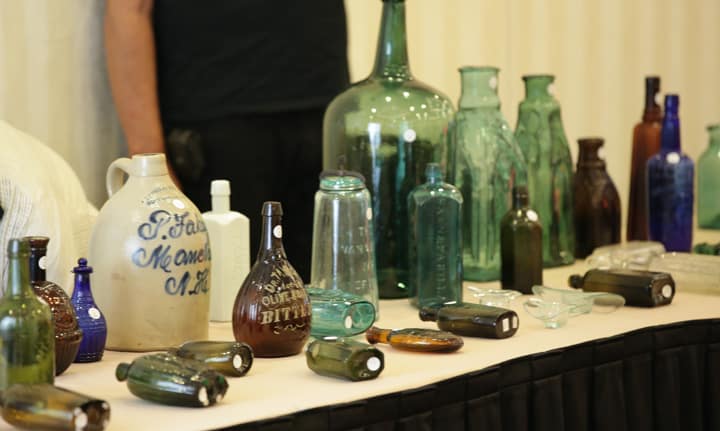 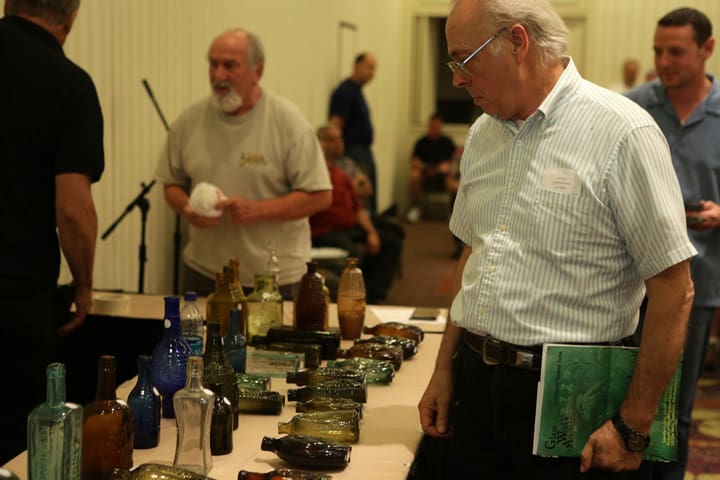 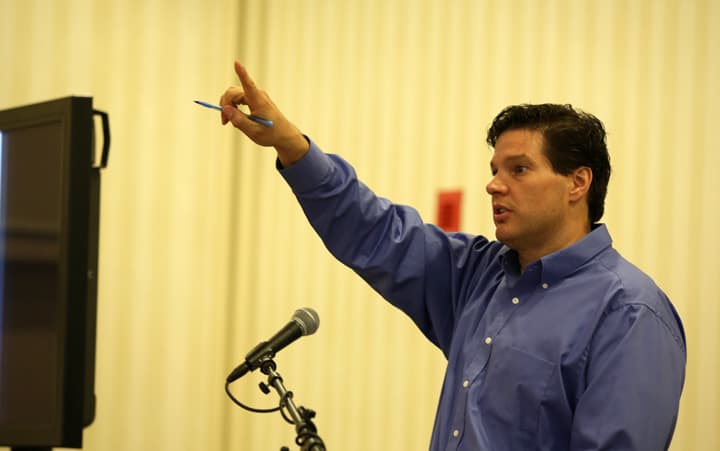 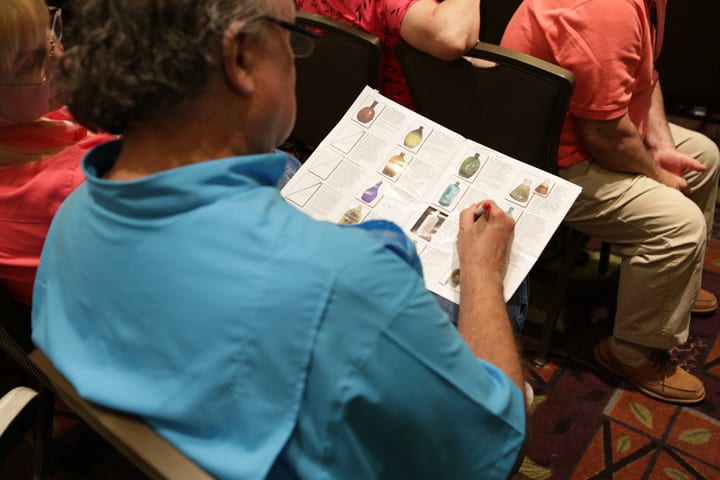 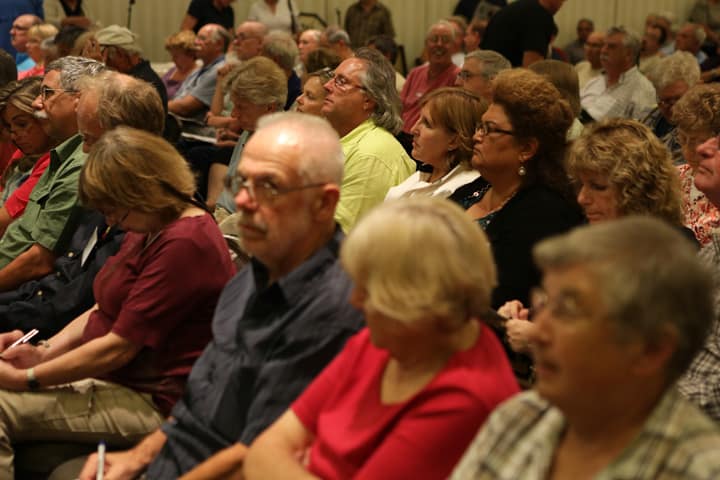 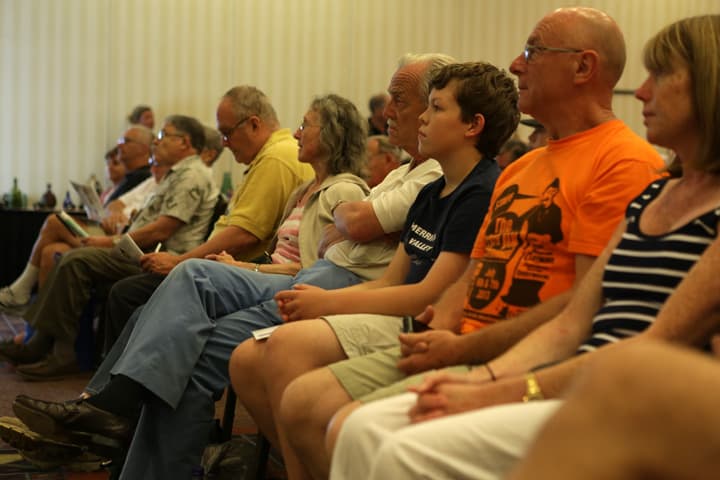 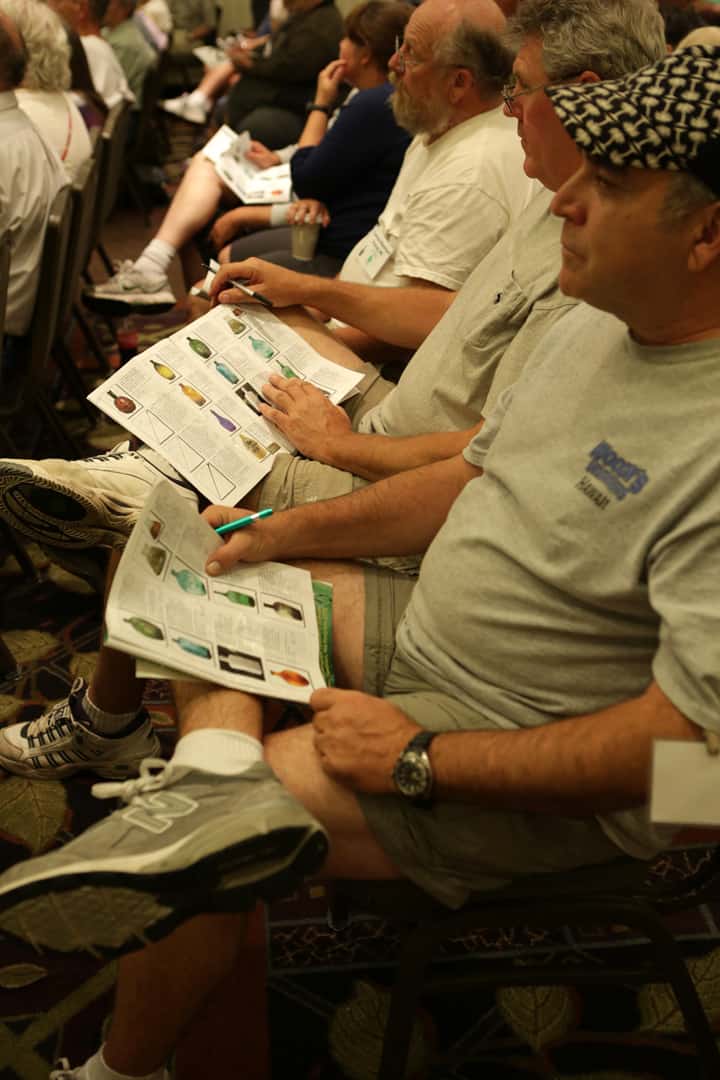 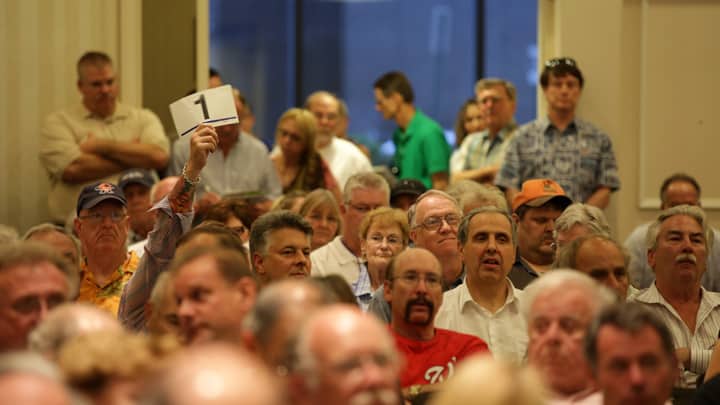 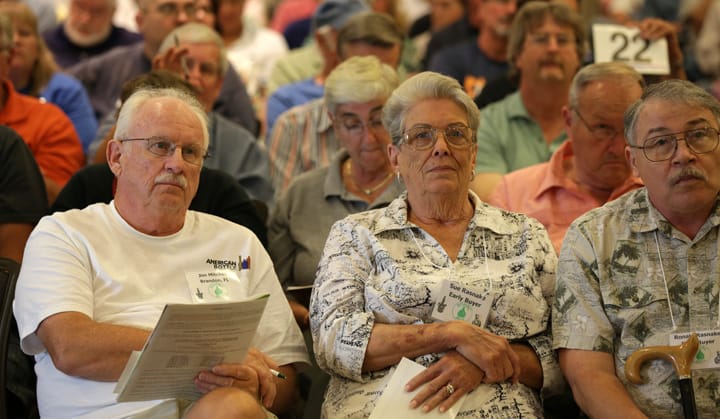 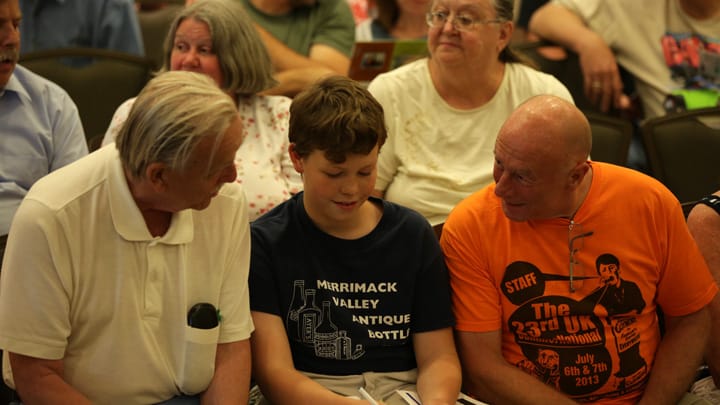 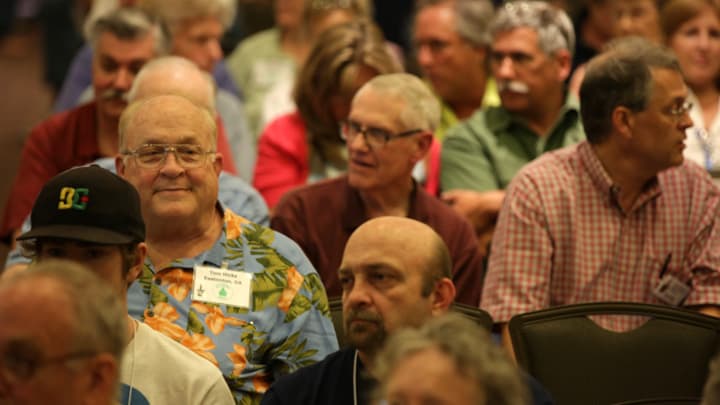 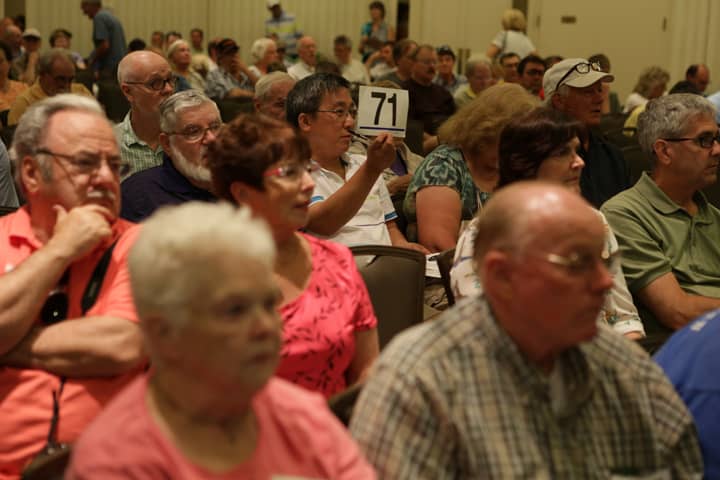 Ferdinand Meyer V is a native of Baltimore, Maryland and has a BFA in Fine Art and Graphic Design from the Kansas City Art Institute and School of Design. Ferdinand is the founding Principal of FMG Design, a nationally recognized design consultation firm. Ferdinand is a passionate collector of American historical glass specializing in bitters bottles, color runs and related classic figural bottles. He is married to Elizabeth Jane Meyer and lives in Houston, Texas with their daughter and three wonderful grandchildren. The Meyers are also very involved in Quarter Horses, antiques and early United States postage stamps. Ferdinand is the past 6-year President of the Federation of Historical Bottle Collectors and is one of the founding members of the FOHBC Virtual Museum.
View all posts by Ferdinand Meyer V →
This entry was posted in Auction News, Bitters, Bottle Shows, Club News, FOHBC News, News and tagged auction, Glass Works Auctions, Jim Hagenbuch, John Pappas, Manchester. Bookmark the permalink.