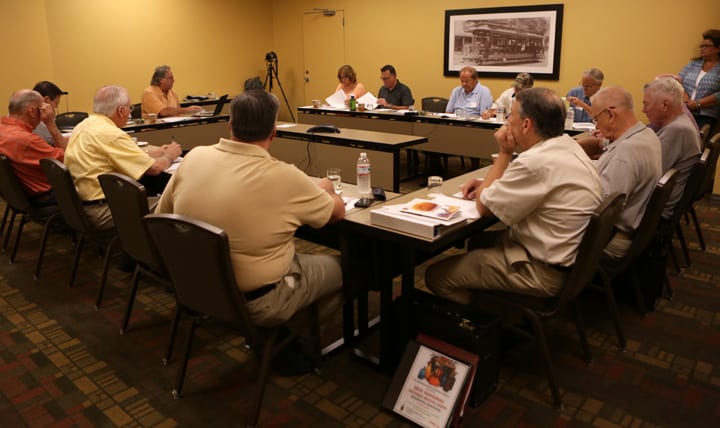 The semi-annual FOHBC Board Meeting kicks off at the 2013 National Antique Bottle Show in Manchester, New Hampshire on Friday morning from 8:00 am to 12:00 noon.

For four straight hours, the FOHBC 2012-2014 term elected board members met to have their semi-annual board meeting. The other annual meeting was held earlier in the year (03 March 2013) prior to the Baltimore Antique Bottle Show. All board members were present with the exception of Martin Van-Zant (Bottles and Extras Editor), Jack Hewitt, Southern Region Director (arriving to show late due to family emergency), Jamie Houdeshell, 2nd Vice President (family emergency), Ed Kuskie (Northeast Region Director) and John Panek (Director at Large).

The time went by fast with only about 60% of the agenda being covered. The balance will be covered during the next monthly board conference call. All FOHBC meeting notes are posted for review at FOHBC Notes of Record. 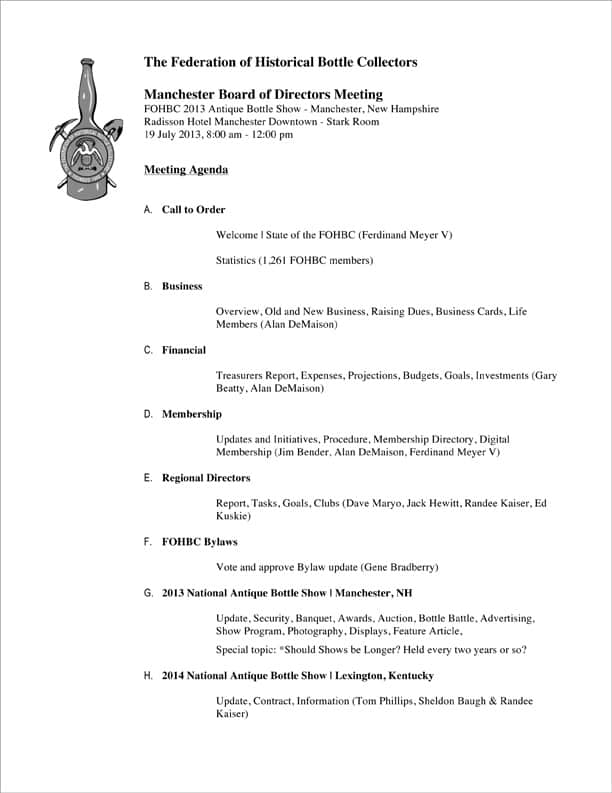 I can assure you, some major new inroads were made during this meeting. Look forward to upcoming announcements. 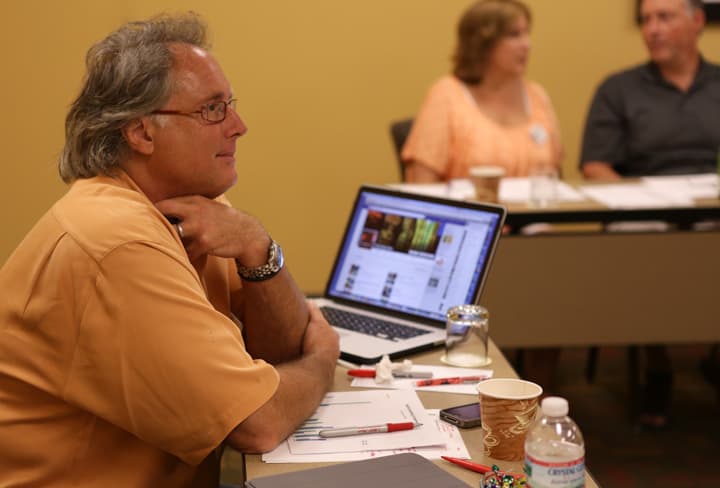 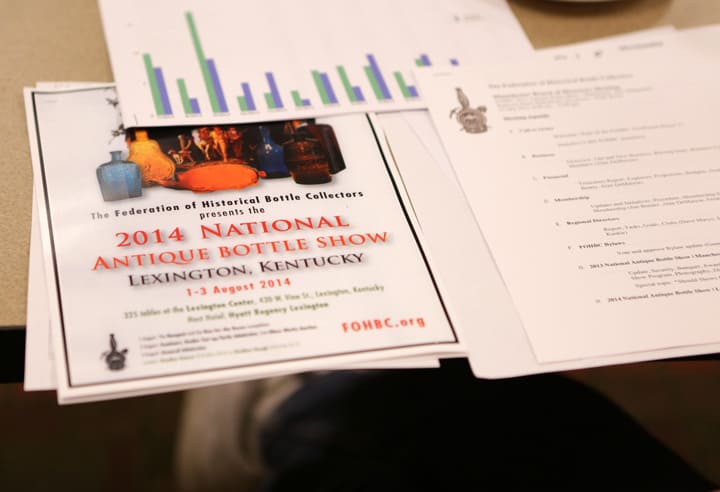 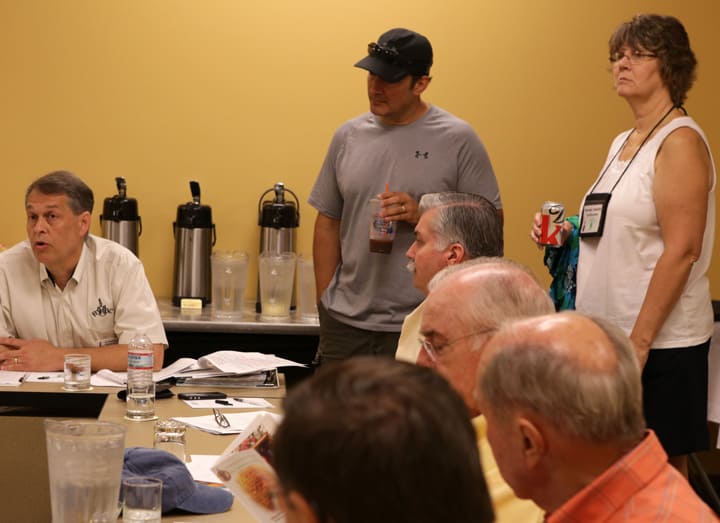 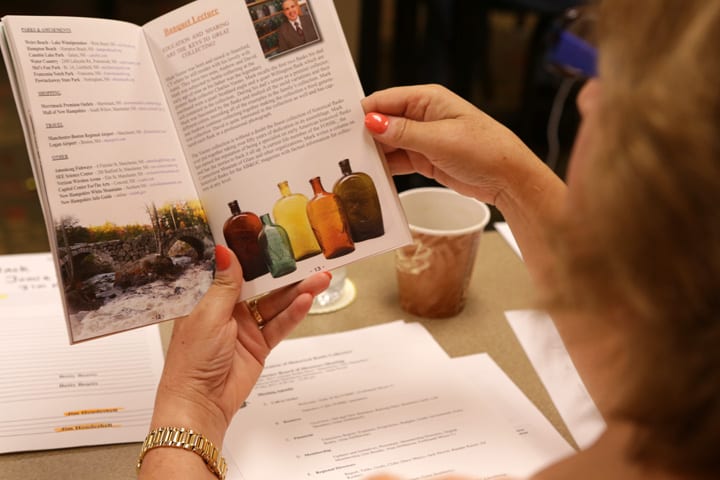 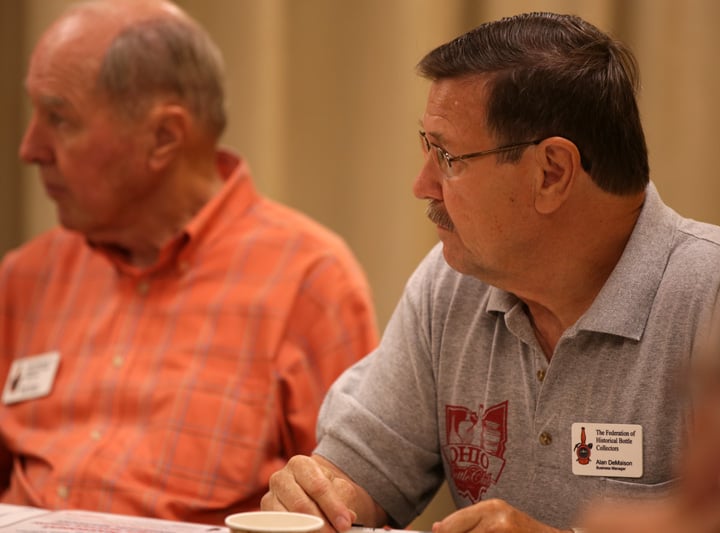 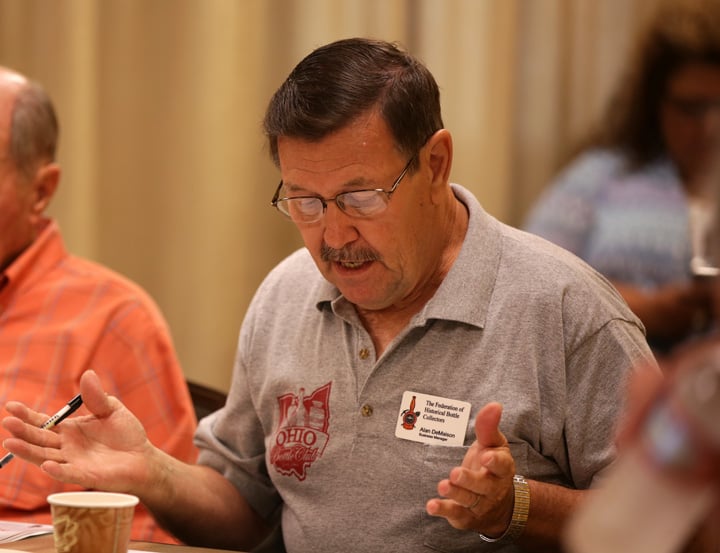 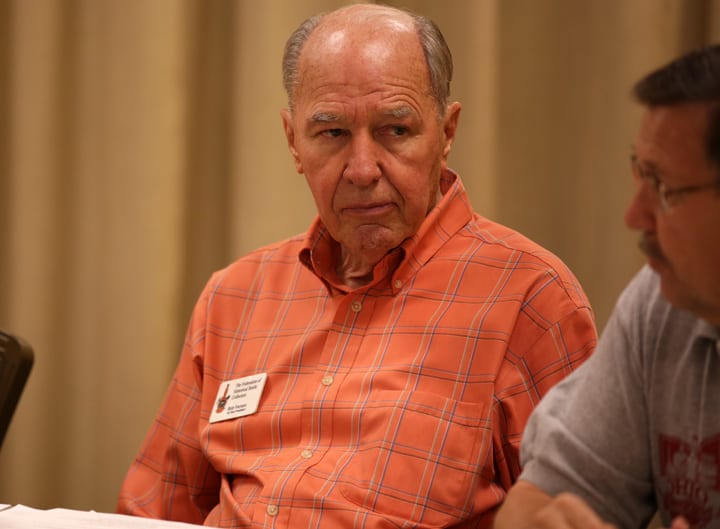 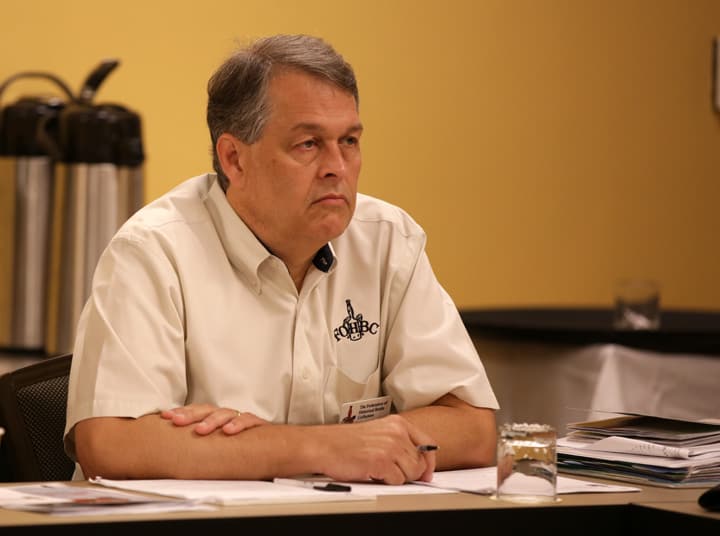 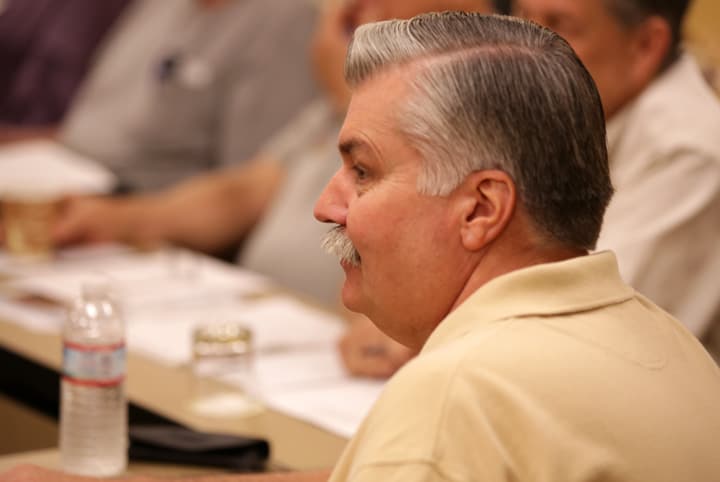 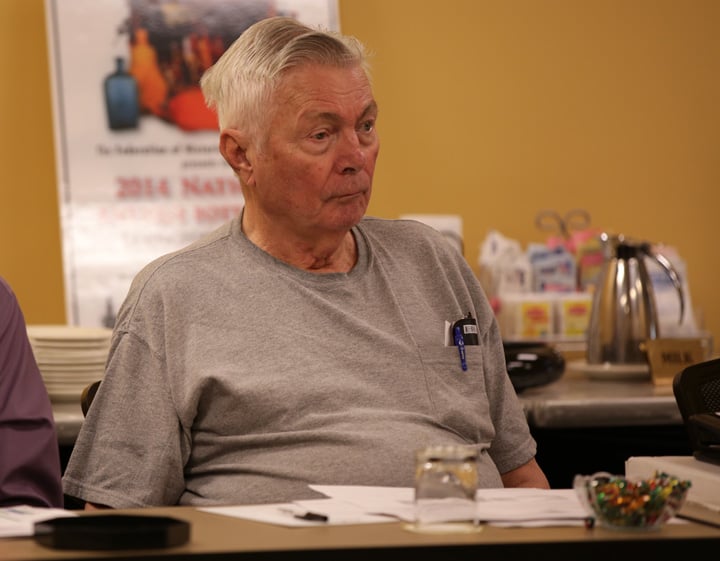 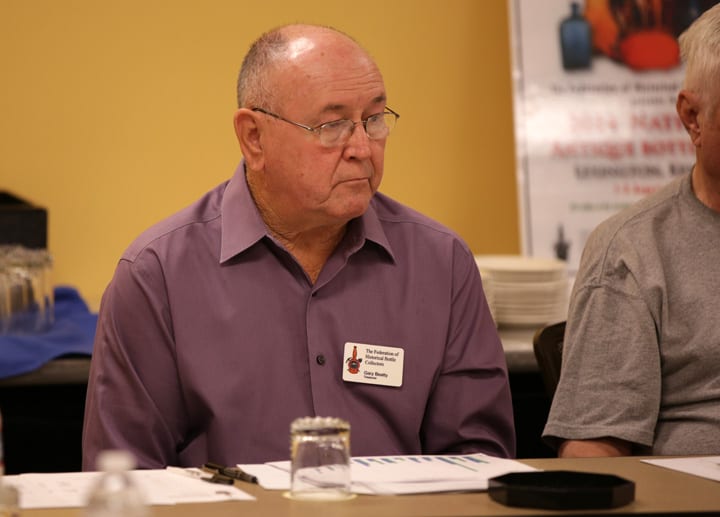 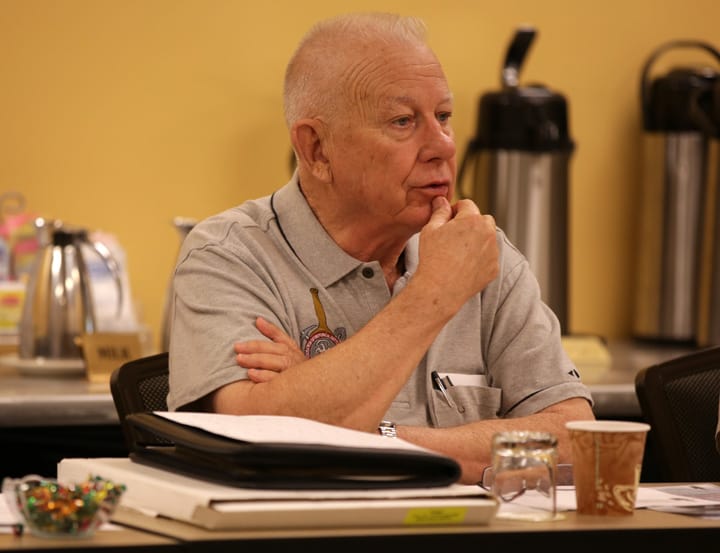 Past FOHBC President and future Hall of Famer, Gene Bradberry (At Large Director). Gene is from Memphis, Tennessee. 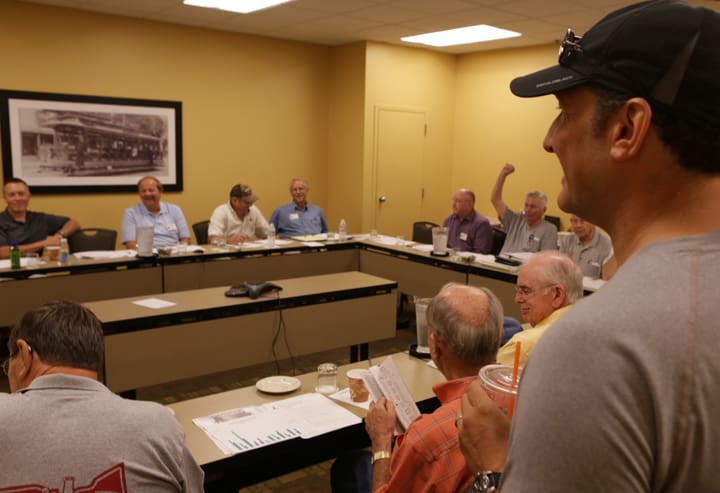 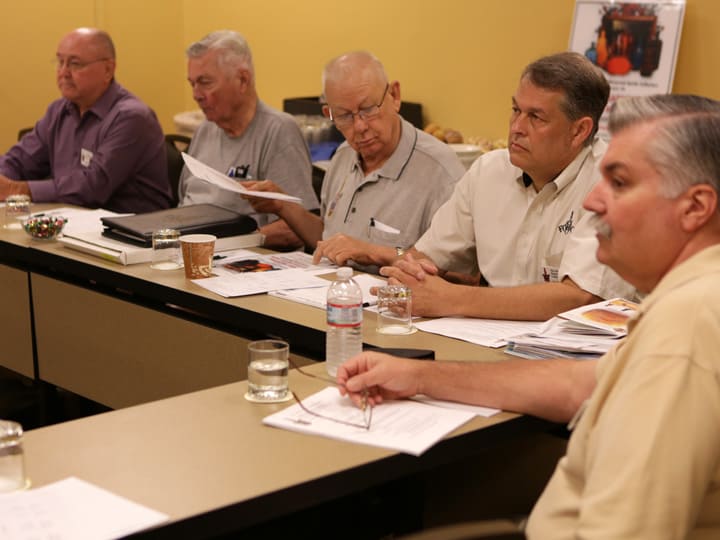 A lot of history and great bottle leadership behind these guys. 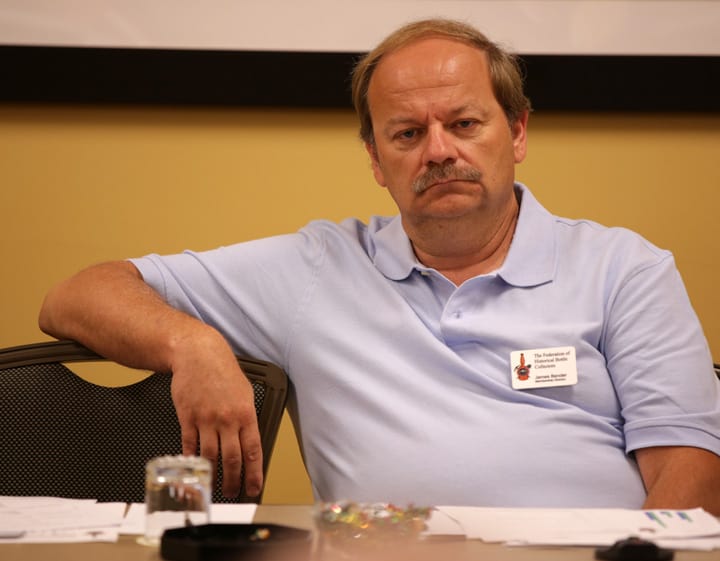 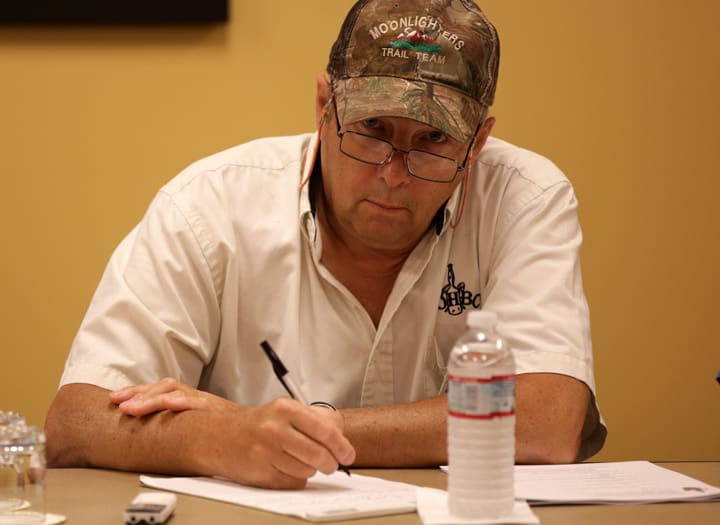 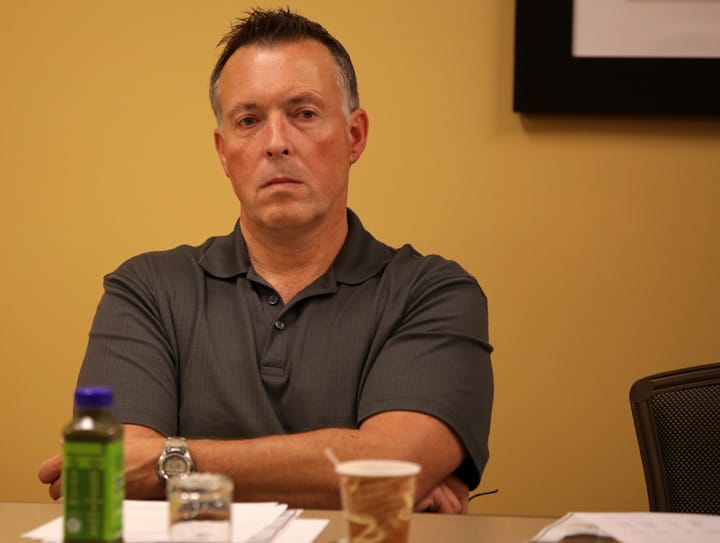 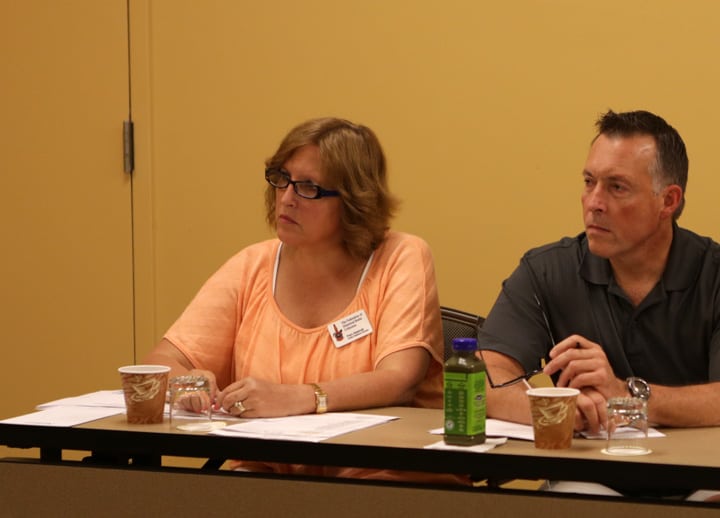 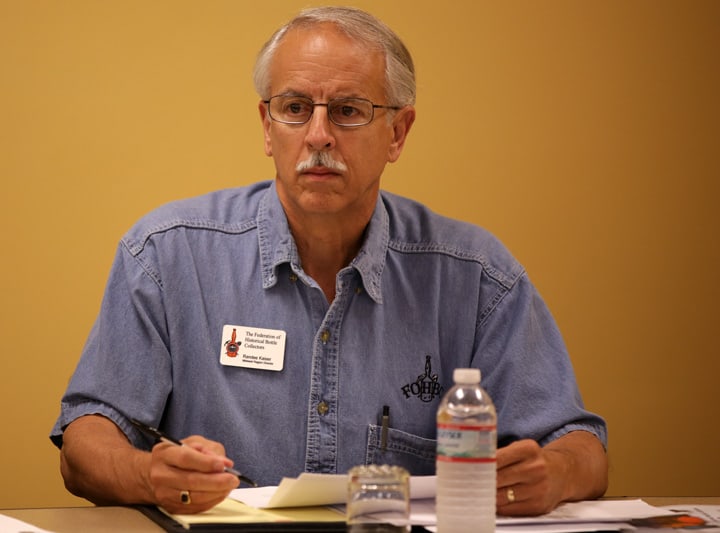 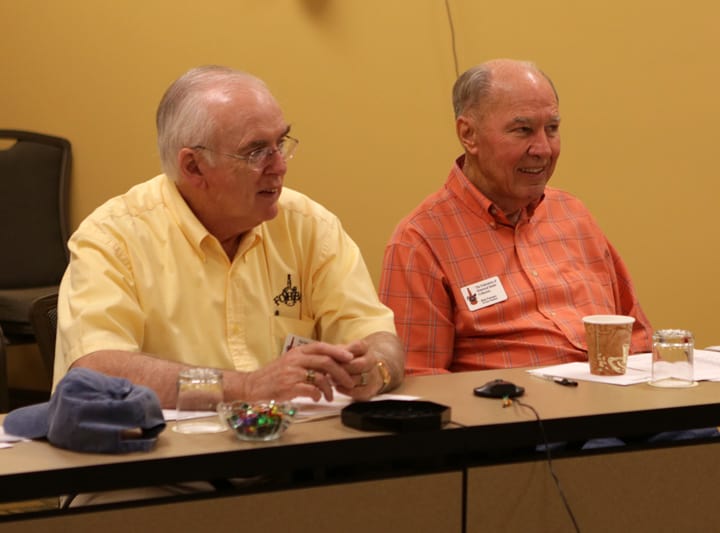