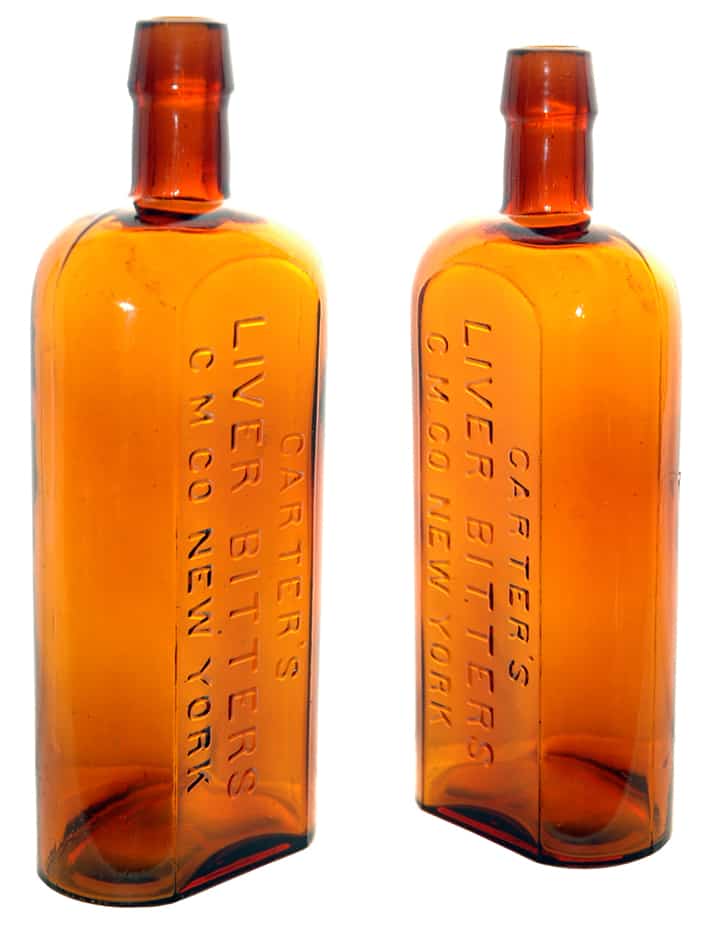 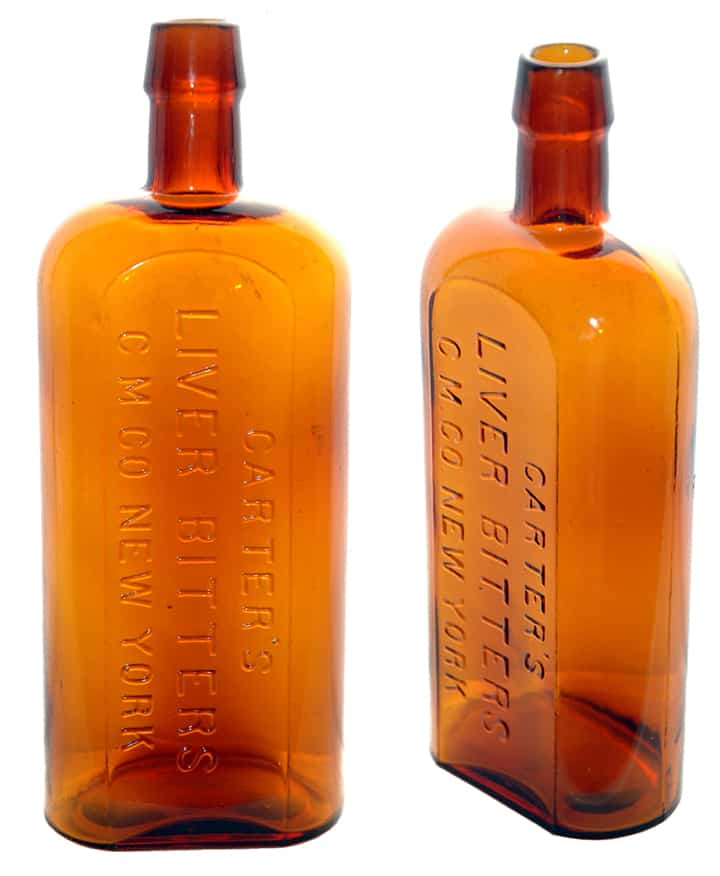 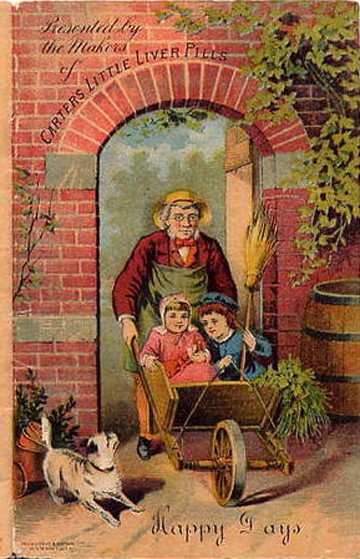 Sarah Bernhardt was one of the first celebrities to endorse popular products of her time and used this as a way to promote herself. In the song, ‘Tour de Force,’ Dunitz playfully rattles off many commercial products from Pears Soap to Urbana Wine, Carter Liver Bitters to Marmon cars that ‘the most famous actress the world has ever known’ endorsed in an effort to continue to fill her coffers and satisfy her unbridled spending.

Your grandparents – maybe your parents – couldn’t take a trip 50 miles from their home without seeing livid red advertisements of Carter’s Little Liver Pills painted on numerous barns and outhouses. This caused a foreigner on a visit here to opine that the American people must be the most constipated in the world.

Carter’s advertising material claims to cure all the ills of your liver by waking up “your liver bile.” But it isn’t that simple. Again their advertisements will say “Laxatives are only makeshifts.” This is the most truthful part of the ad.

Carter’s Little Liver Pills will not solve the problem of liver conditions, which are usually caused by eating foods that are too rich for the sedentary habits of the eater. They wouldn’t cure them even if Carter’s pills were Big.

For they, too, are only makeshifts.

Although legal action was slow, hampered by the continued efforts of the Association, most of the patent medicine companies were either forced out of business or required to modify their extravagant claims. In many cases, the process was protracted over long periods of time and cases had to be prosecuted on an individual basis. It reportedly took the government twenty years to get the word “Liver” out of Carter’s Little Liver Pills, but in the long run, the patent medicine industry died from an overdose of government regulation. 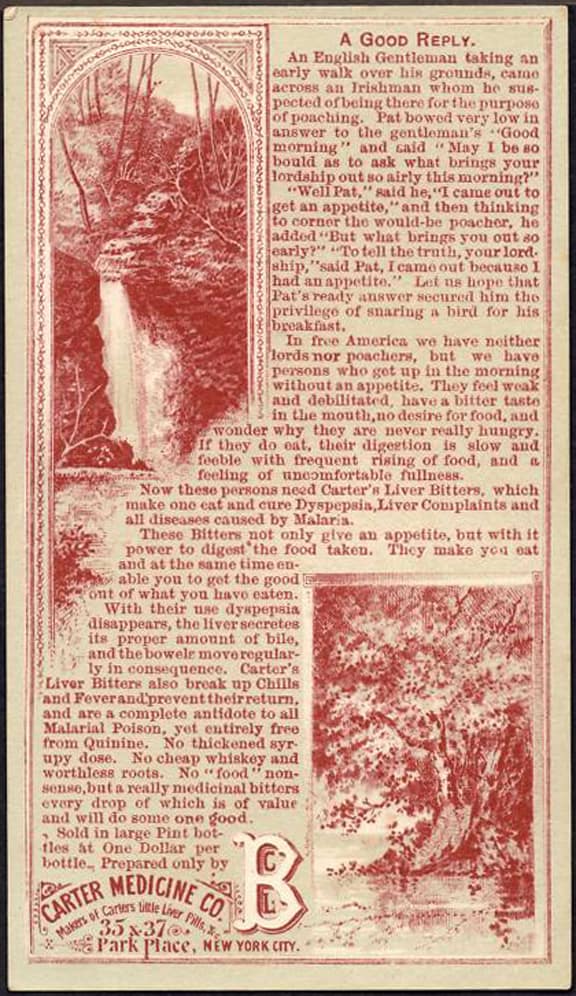 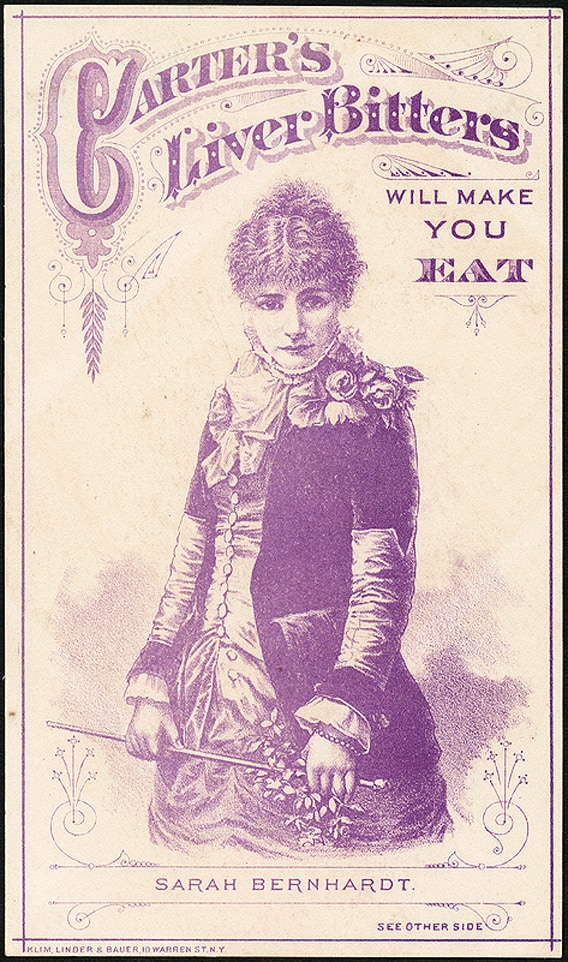 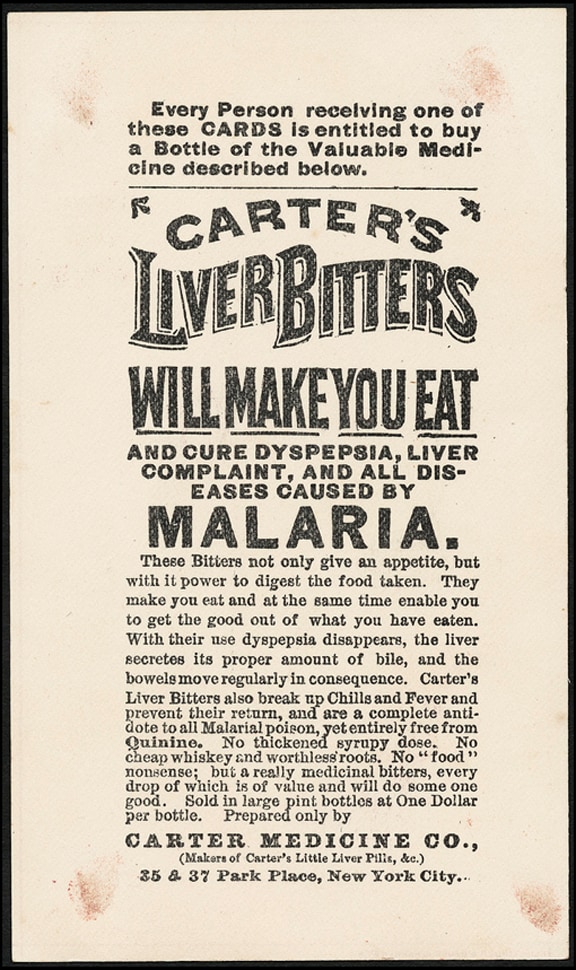 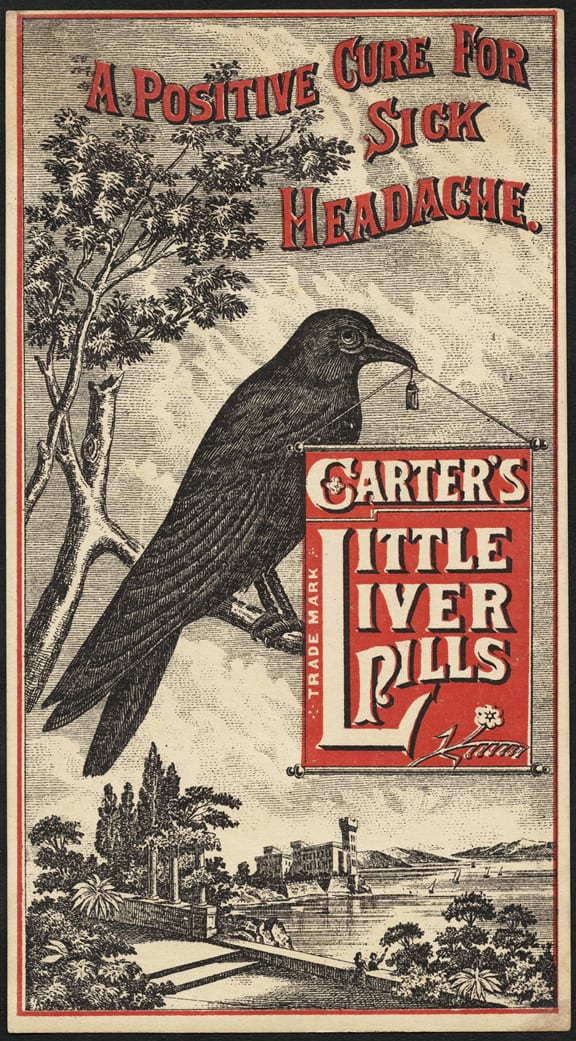 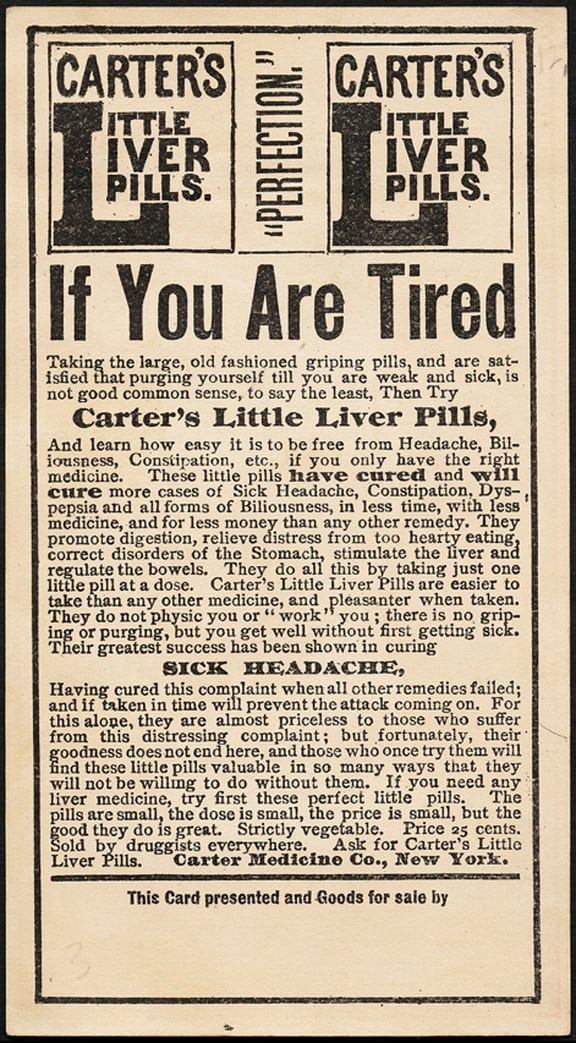 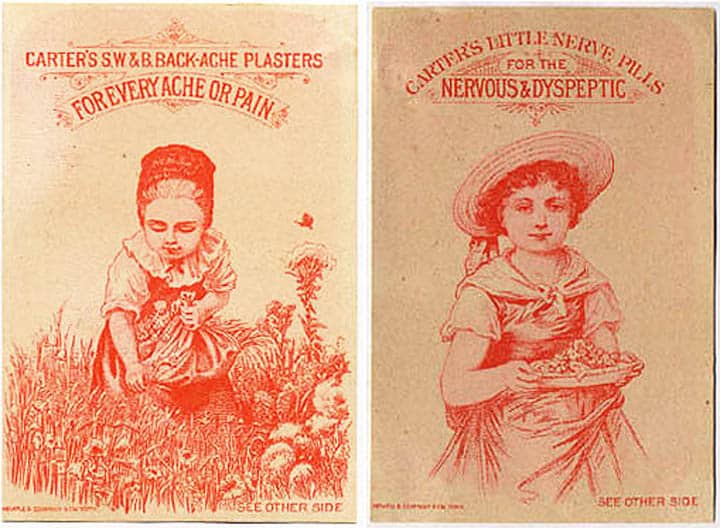 Ferdinand Meyer V is a native of Baltimore, Maryland and has a BFA in Fine Art and Graphic Design from the Kansas City Art Institute and School of Design. Ferdinand is the founding Principal of FMG Design, a nationally recognized design consultation firm. Ferdinand is a passionate collector of American historical glass specializing in bitters bottles, color runs and related classic figural bottles. He is married to Elizabeth Jane Meyer and lives in Houston, Texas with their daughter and three wonderful grandchildren. The Meyers are also very involved in Quarter Horses, antiques and early United States postage stamps. Ferdinand is the past 6-year President of the Federation of Historical Bottle Collectors and is one of the founding members of the FOHBC Virtual Museum.
View all posts by Ferdinand Meyer V →
This entry was posted in Advertising, Bitters, Ephemera, History, Medicines & Cures, Trade Cards and tagged Carter Medicine Company, Carter's Little Liver Pills, Carter's Liver Bitters, John Samuel Carter, Samuel Carter, Sarah Bernhardt. Bookmark the permalink.