What are all these Wormwood Bitters? 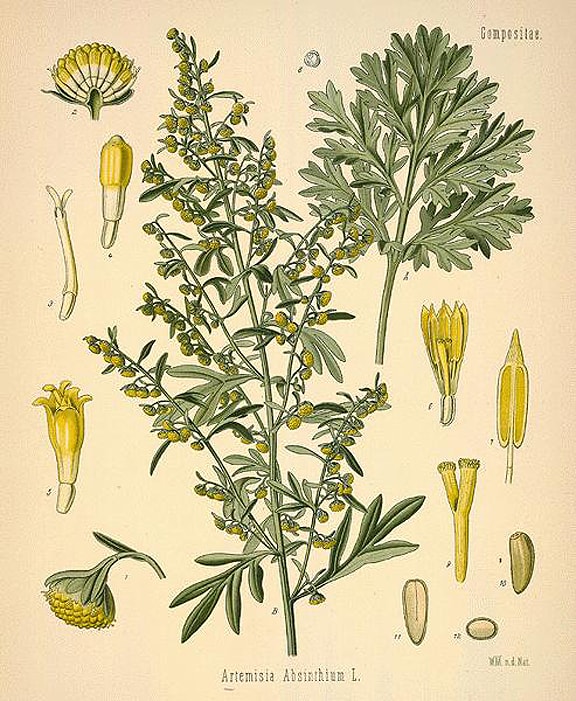 I was tracking down some Turner Brothers information when I was directed to a full page Turner Brothers advertisement in the 1856 San Francisco City Directory and the half-page, blue, McMillan & Kester advertisement in a later 1871 San Francisco City Directory. If you look closely below where the ads are posted, you will read “Successors to Turner Bros.” beneath McMillan & Kester. Interesting.

What are all these Wormwood Bitters? 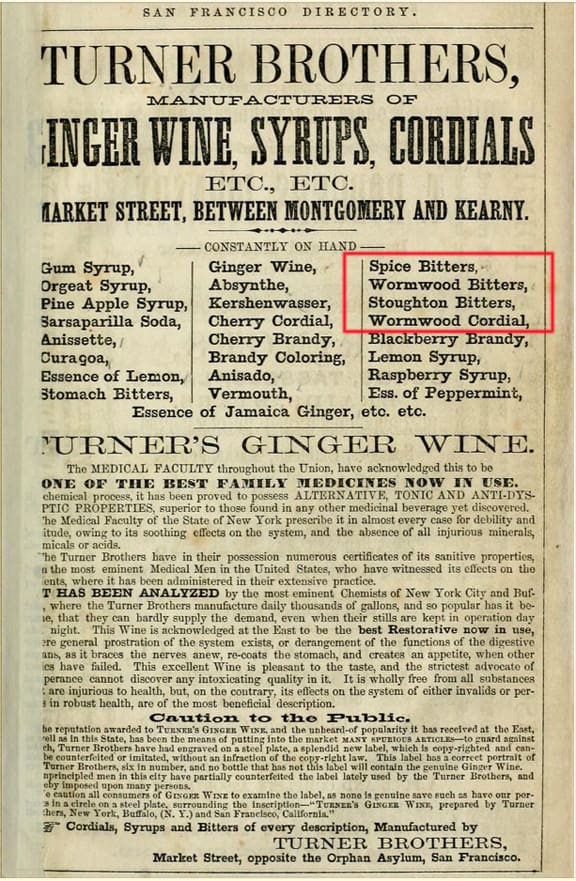 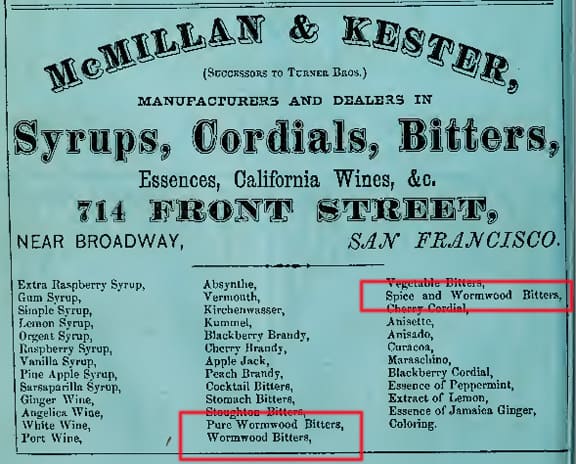 First of all, Wormwood (known to botanists as Artemisia absinthium) is the key ingredient of the controversial aperitif known as absinthe. A combination of herbs and herbal extracts is required for the delicate balance of the absinthe recipe, and of these herbs, wormwood is the most essential and also the most controversial. Wormwood gives absinthe many of its distinct qualities, and it is used in many other wines and spirits, including bitters and vermouth. Read: Absinthe101.com

OK, so now we have a Samuel P. Phillips, or should it be a Samuel S. as noted as the manufacturer in Ring & Ham (see ad below). Also, who was I. D. Richards & Sons, Boston? This is also at the bottom of the ad.

I do see a listing for a Isaiah D. Richards & Sons in the 1862 Boston City Directory. Read: Two examples of a C.A. Richards 99 Washington St. Boston. I see that Isaiah is the father of Calvin A. Richards. Hmmmm. Boston and San Francisco link?

Just some questions about Wormwood Bitters. I wonder if any of the western collectors can clear this up? 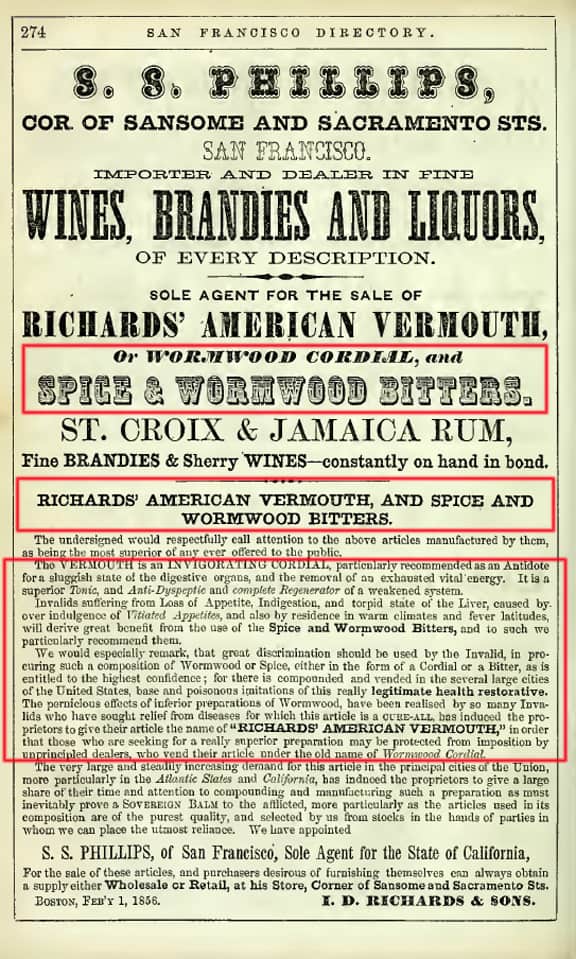 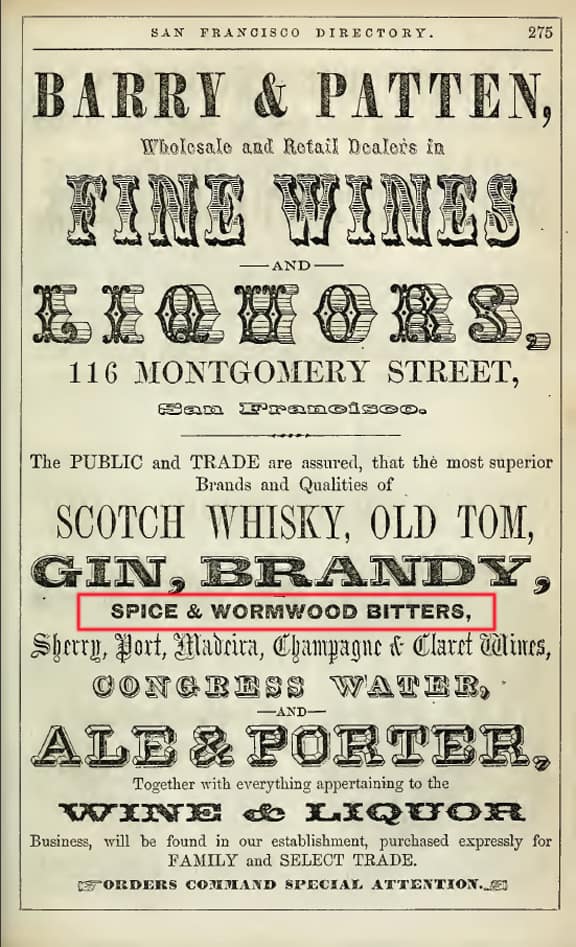 Ferdinand Meyer V is a native of Baltimore, Maryland and has a BFA in Fine Art and Graphic Design from the Kansas City Art Institute and School of Design. Ferdinand is the founding Principal of FMG Design, a nationally recognized design consultation firm. Ferdinand is a passionate collector of American historical glass specializing in bitters bottles, color runs and related classic figural bottles. He is married to Elizabeth Jane Meyer and lives in Houston, Texas with their daughter and three wonderful grandchildren. The Meyers are also very involved in Quarter Horses, antiques and early United States postage stamps. Ferdinand is the past 6-year President of the Federation of Historical Bottle Collectors and is one of the founding members of the FOHBC Virtual Museum.
View all posts by Ferdinand Meyer V →
This entry was posted in Advertising, Bitters, Cordial, History, Liquor Merchant, Medicines & Cures, Questions and tagged Absinthe, absinthium, Artemisia, Boston, Calvin A. Richards, I. D. Richards & Sons, Isaiah D. Richards, McMillan & Kester, Pure Wormwood Bitters, San Francisco, Spice and Wormwood Bitters, Turner Brothers, Vermouth, Walter D. Richards, Wormwood Cordial, Wormwood. bitters. Bookmark the permalink.