The latest from the The Museum of Connecticut Glass 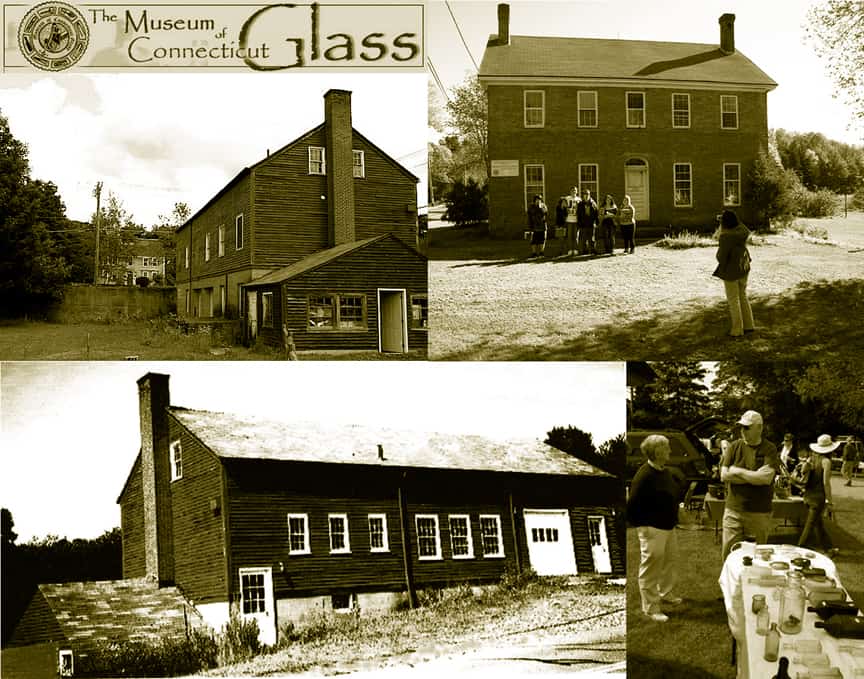 The latest from the The Museum of Connecticut Glass

The following post reports on the latest news from the The Museum of Connecticut Glass and has been developed with cooperation and coordination with Noel Tomas. 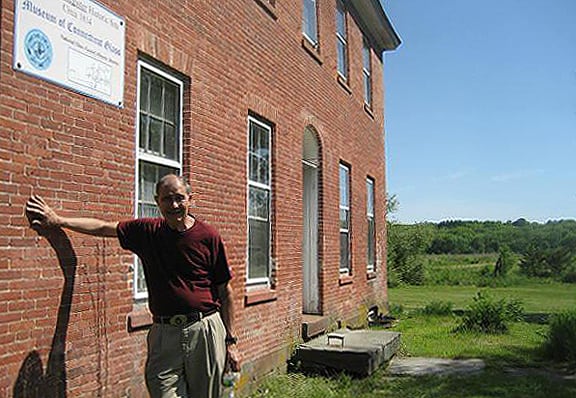 Historical Synopsis of the Museum of Connecticut Glass, Inc.

Founded February 12, 1994, the Museum of Connecticut Glass was organized by a small group of interested Coventry residents (led by the late Pam Papanos) and registered as a historical not-for-profit corporation with the Connecticut Secretary of the State and the Internal Revenue Service as a 501(c)(3) non-profit.

To exhibit, preserve, research and provide education about historical glass made in the numerous glass works and artisans’ shops of Connecticut (from the 18th, 19th, 20th centuries on – this is the nation’s only museum dedicated to glassmaking statewide). 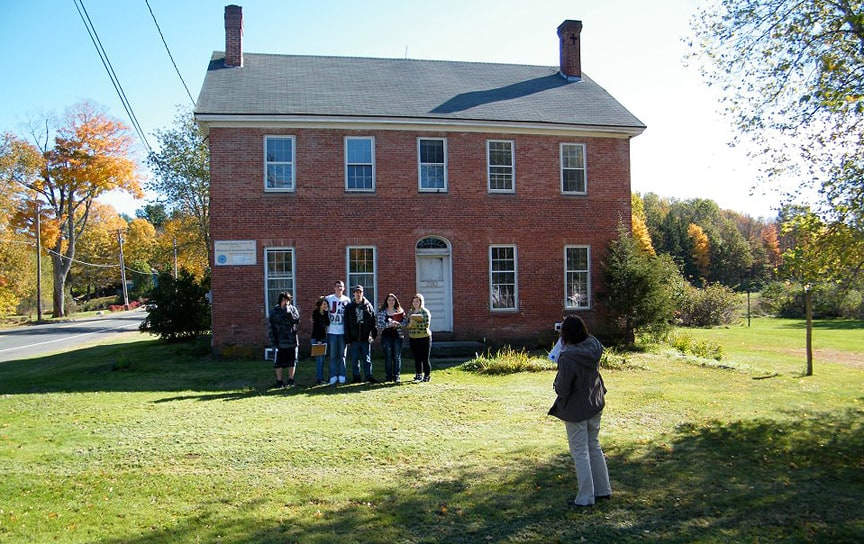 The state of Connecticut, through an act of the General Assembly, deeded the historic Capt. John Turner house (circa 1813) (Turner was the glass company’s manager and maintained the company store in the back “L” of his house) and 2 acres of property to the established organization for the sole purpose of operating it as a public museum dedicated to the Nutmeg state’s glass industries.

Through research and application by the late Jesse Brainard – an independent historian/writer – the federal National Register designated the district surrounding and including the historic Coventry Glass Company site (which includes several currently existing houses from that glassmaking period) as the “National Glass Factory District” (the only such designation in the nation on the National Register). The state of Connecticut followed suit accepting the national designation. 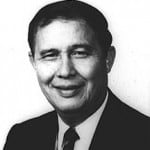 The founders recruited Noel Tomas later in 1994 to serve as President. Noel was an avid bottle and glass collector since the mid sixties plus writer/photographer (Antiques & Arts Weekly, Maine Antique Digest, Hartford Courant, and other antique bottle and specialty publications) as well as publisher of The downeast GLASSMAN, a nationally but briefly circulated tabloid quarterly publication – 1969/1971 – for the bottle collecting hobby. (He is a Columbia Missouri School of Journalism graduate and worked on publications for the State of Missouri and then as a reporter-photographer for The Kansas City Star-Times, and was the Northeast Region organizer – chairman/vice president for the Federation of Historical Bottle Collectors) 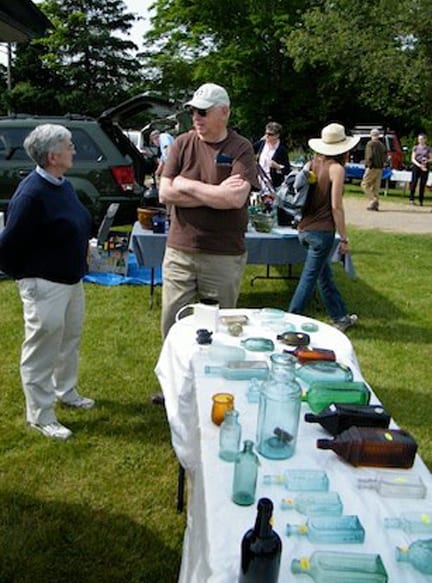 Under his leadership to date, the Museum built and has a modest membership, halted the major deterioration the historic Turner, Stebben, Chamberlain house re-roofing to stop the leakage of water into the brick 2-story building (plus single beam full attic) removing the dormer to restore the historical roof line, replaced a defective furnace and is beginning other exterior and interior restorations room by room plus acquiring a historic (circa 1935) University of Connecticut barn and one acre of land. Through grants he has submitted, work was paid for and ongoing utility and repair, renovation, insurance and other bills are covered. Unlike some other “house museums” in Connecticut, he has kept the museum’s funds “in the black” since the museum’s founding. He also has been instrumental in starting through donations and other contributions a small collection consisting of historic Connecticut-produced glass examples, historic early documents from the Pitkin family through other glass companies such as Coventry, Willington and the more recent Knox glass company. And a small, but prestigious annual outdoor antique glass, bottles and other collectibles show & sale is in its 9th year – set for Saturday, May 18, 2013 – the 200th anniversary of the founding of the Coventry Glass Company. 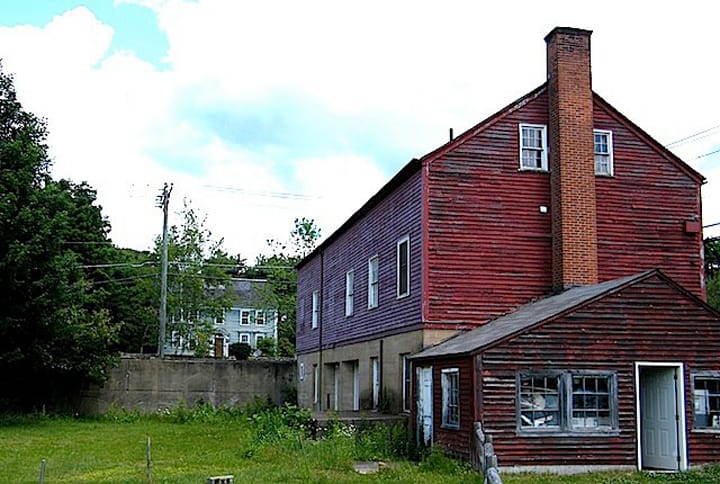 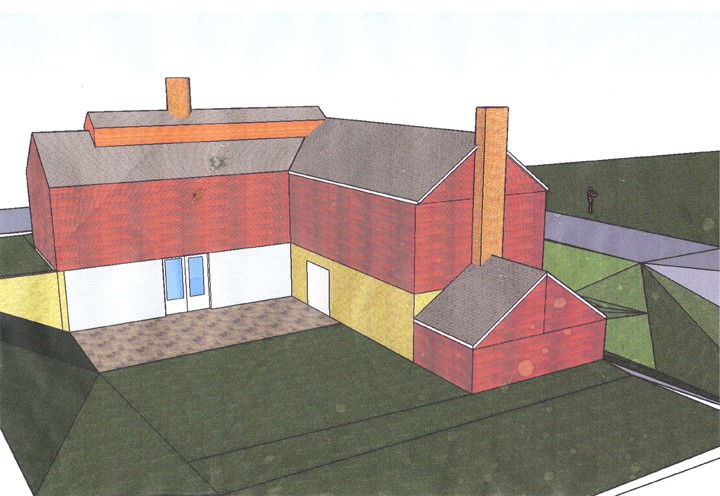 The museum has reached a significant milestone in its quest to become fully operational:

Plans are being developed to seek major funding for: renovation/reconstruction of the barn as the museum’s Education & Activity Center (to have temporary displays and other interactive exhibits, a furnace room viewing window, small group meetings space and a small museum store) and building a new adjoining structure to house an active two-pot electric furnace, glory hole and annealing oven(s).

A University of Connecticut School of Engineering Department of Mechanical Engineering (located less than 5 miles from the museum) senior class student team spent one year studying and determining from a feasibility study that the museum can generate enough electricity 24/7 for at least 10 months a year to provide utilities for its buildings and to power the glass furnace and its required accessories.

Current-day equipment and construction costs are being collected for the work on the Education/Activity Center and furnace building plus for installation-connection (to all buildings, etc.) of the solar grid power plant, and for the furnace and its required accessory equipment. This will set the stage for major funding-source applications that would include private investments/funding and other private sources for the planned model manufacturing plant, federal/state funding and from other grant sources. 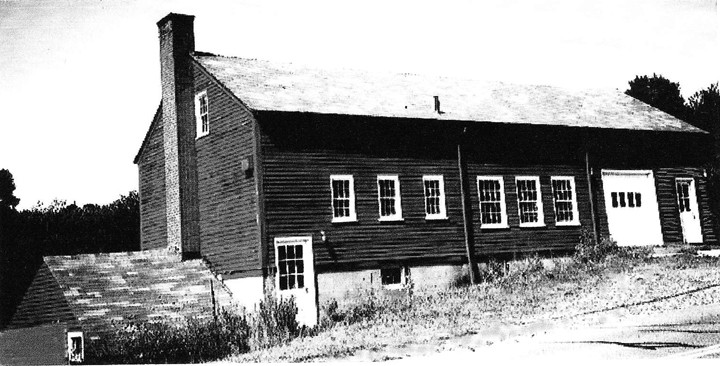 The Museum’s Activity & Education Center is a circa 1935 3-story barn. The attached furnace building and restoration, equipping will place this building into use for visitors. It will house temp. exhibits, a small Museum store and meeting space.

When funding is obtained and approved construction begins, additional cost estimates will be sought for two additional projects — the major restoration of the Turner house and the construction of an artists-in-residence temporary apartments with an adjoining “hot shop.” Plus for the grounds designs and work, a landscape architect (also an antique bottle person) has volunteered to prepare the outdoor designs on both sides of North River Road where the museum’s properties sit.

The major restoration work – pointing and repair/replacement of the Turner house bricks, reconstructing the roof, special basement work to eliminate periodic flooding, and completing the replacement of doors, windows and other interior walls and structures in order to fully climatize the building, replacing the present furnace with a heating/cooling plant, probably restoring chimneys to what is shown in an 1840s photograph, and building special permanent exhibit cases plus a 2nd floor library room and office space, bathrooms and a 2nd floor handicap lift.

Already, Noel has projected to the “grand opening day” of the operational museum with a known bottle collection owned by a world renown individual.

As the work progresses, contributors, volunteers and supporters from everywhere are sought to make this historically prominent statewide museum a full, operational reality for the world of collectors who have come to worship, collect and prize the glass produced in Connecticut. 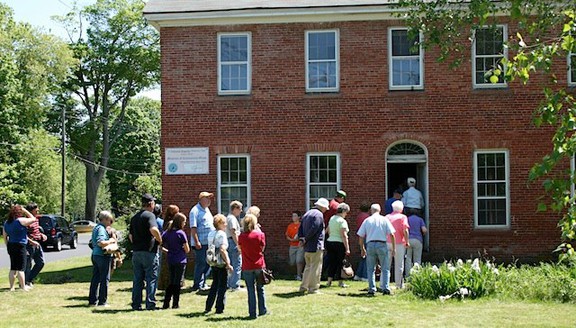 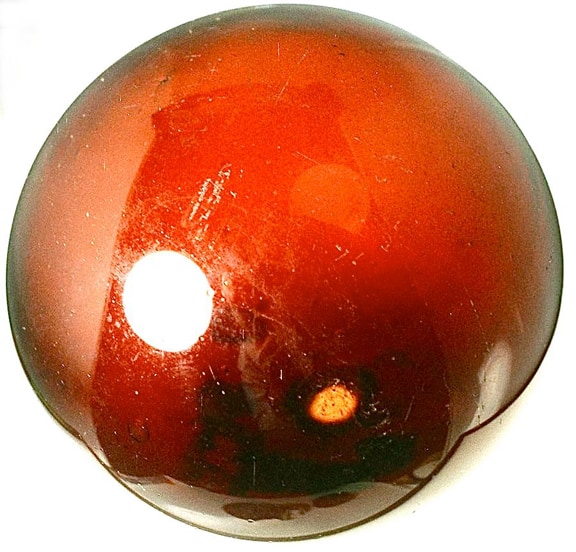 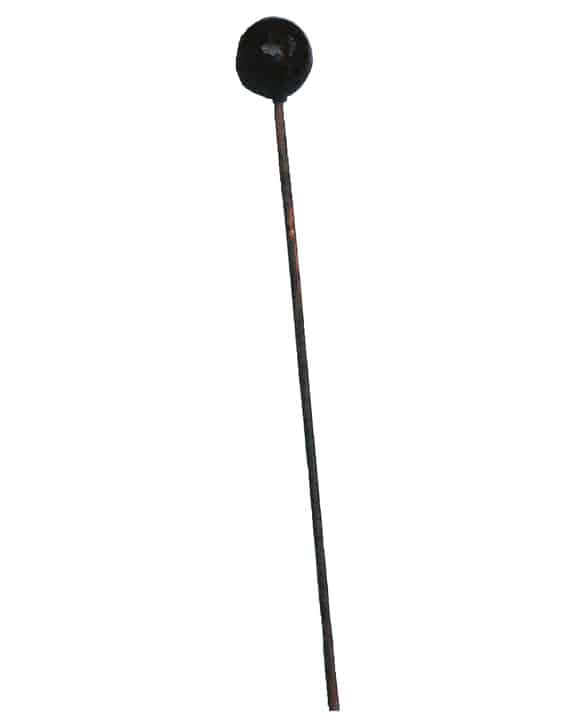 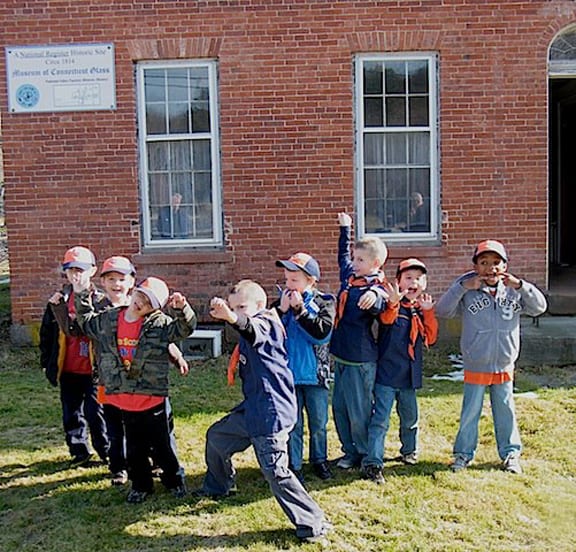 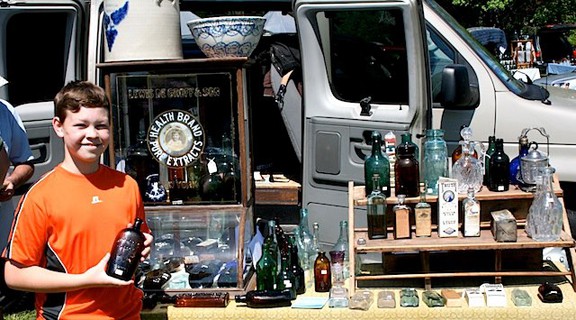 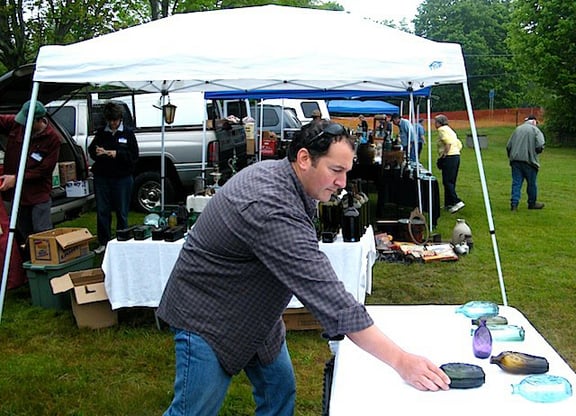 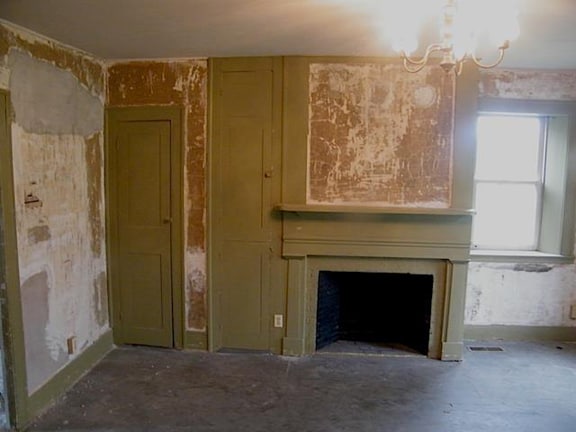 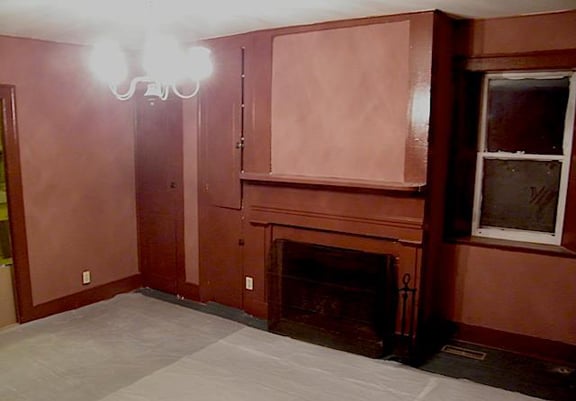