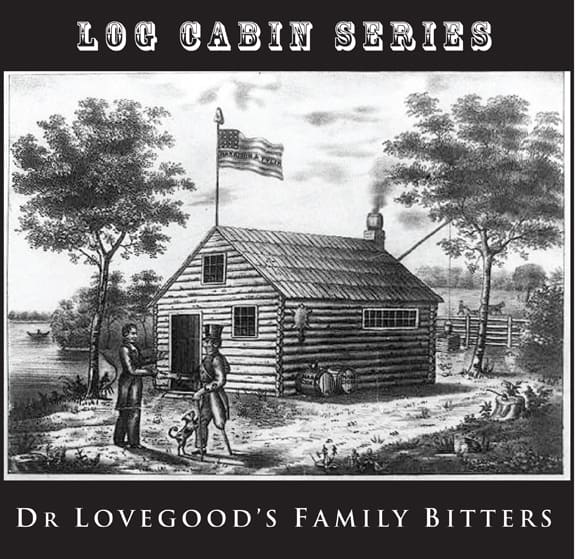 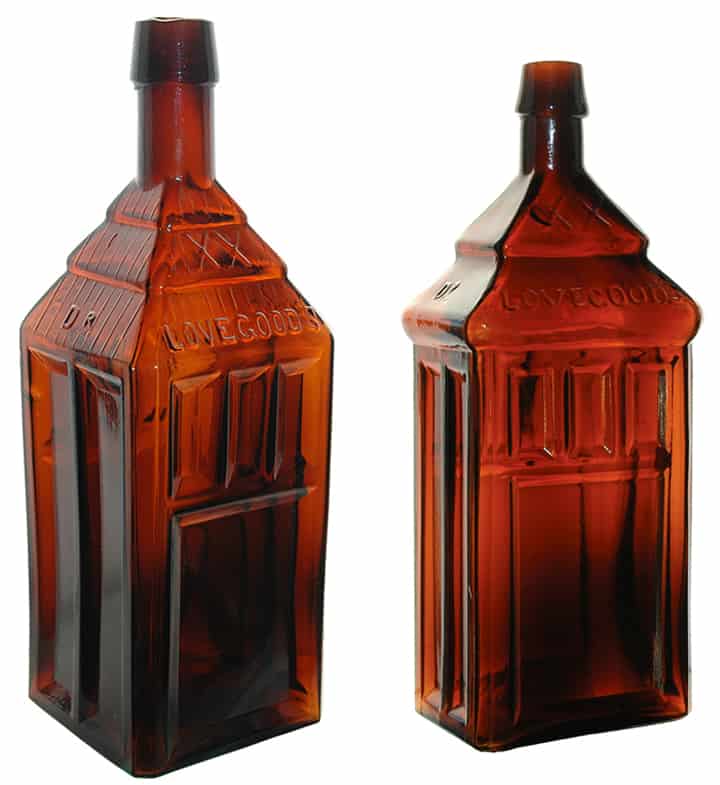 You really have to love the great names for some of the medicine brands and antique bottles we collect. E. Dexter Loveridge, Dr. Lovegoods and Dr. Feelgood are on my mind.

My wife, daughter and granddaughter have departed with horses, trailers and tack and are headed to the 2012 National Cutting Horse Association (NCHA) World Championship Futurity at the stockyards in Fort Worth, Texas. This is their FOHBC National Antique Bottle Show each year. Adrianna competes today and Sunday. Could even go further next week we hope. Good luck sweetie. 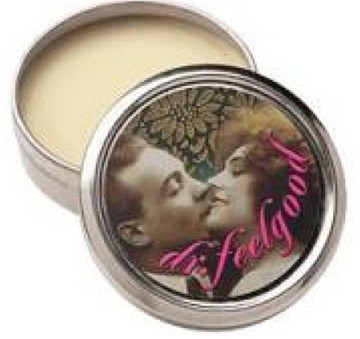 This will give me a good chance to catch up with some of my bottle work and to do the next post in the figural cabin series for Dr. Lovegood’s Family Bitters. Technically not a log cabin, but still a cabin.

Actually, I thought it would fun to compare the differences between the much larger square Dr. Lovegood’s Family Bitters (L 124) and the rectangular Dr. Lovegood’s Family Bitters (L 125). until when I received a communication from Martin Van Zant who says that Dr. Lovegood was from Anderson, Indiana. He shared the picture below. He added that there was no actual Doctor named Lovegood. That was a made up name and sold under another Doctor. There are two versions of the Dr. Lovegood’s bottle. One has the Anderson, Indiana reference. The one depicted below does not. 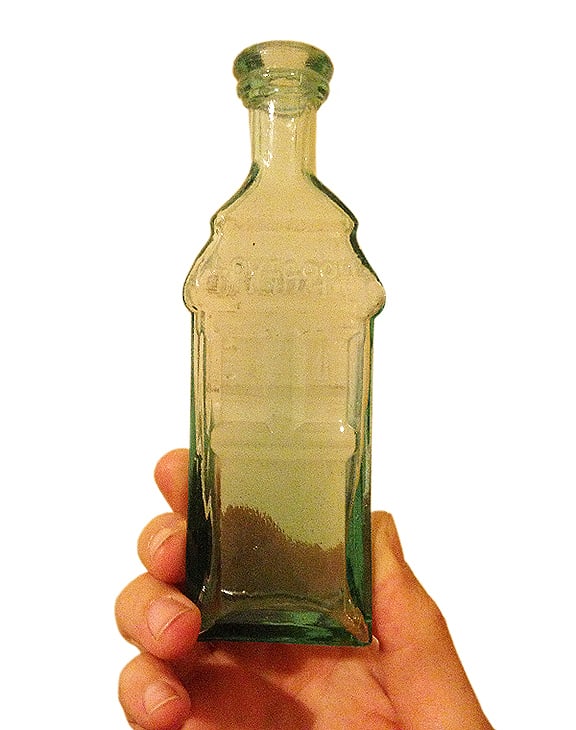 No labels, advertising or any merchant information. Maybe somebody out there has some information that we can add to this post. Make sure you pay close attention to the shapes and notice the misspelling of ‘BITTRS’ on the rectangular L 125 example. These bottles are rather tough to obtain, always come in amber and look great as a pair.

Yeah yeah
Rat-tailed Jimmy he’s a second hand hood
Deals out in Hollywood
Got a ’65 Chevy, primered flames
Traded for some powdered goods
Jigsaw Jimmy he’s runnin’ a gang
But I hear he’s doin’ o.k.
Got a cozy little job through the Mexican mob
Packages the candycaine

Dr. Leonard Harriman, a life-long physician, was born on 31 December 1816, in Preble County, Ohio, to Sally Tibbets, age 31, and Leonard Harriman, age 40. There is little information about his parents though his brother, Dr. Simeon B. Harriman was also born in Preble County on 01 April 1822, when Leonard was five years old. Preble County is east of Indianapolis. Both were noted as one of the first physicians to arrive and practice medicine in Alexandria, Indiana which is due north of Anderson, Indiana. Simeon would eventually practice medicine in Richmond, Indiana where he would die in 1883. Richmond is east of Indianapolis.

Dr. Leonard Harriman married Elizabeth Swafford on 02 March 1837 in Henry County, Indiana and they had three children together. He attended Rush Medical College in Chicago, Illinois graduating in 1845. His wife Elizabeth passed away in 1849. They had only been married 12 years. He would marry again to Angelina Kezer in Delaware, Indiana, in August 1851 when he was 34 years old and they had four children together. His children from both marriages were Theresa Jane, George M., Milton, N., (first marriage) and Jesse, Flora Temple, Benjamin Fremont and Rena Harriman (second marriage). Milton Harriman was chosen as the first city marshal of Anderson and served that capacity for two terms. He next was elected to the office of Justice of the Peace which he served for several years. 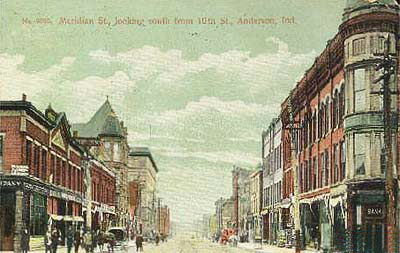 Dr. Leonard Harriman was well-known in Anderson (Madison County) having come from Wayne County, Indiana around 1856. Anderson is located northeast of Indianapolis and between Indianapolis and Muncie, Indiana. Dr. Harriman remained in Anderson practicing medicine where he manufactured Lovegood’s Family Bitters. W. H. Conklin in Westfield, Indiana was the sole agent for the bitters as reported in The Noblesville Ledger (Noblesville, Indiana) on Thursday, 8 April 1869.

Dr. Harriman moved to Kansas somewhere around 1876. While in Kansas, Dr. Harriman continued in the drug business and practiced medicine. Dr. Harriman died in his home in Sterling, Kansas in October 1886. 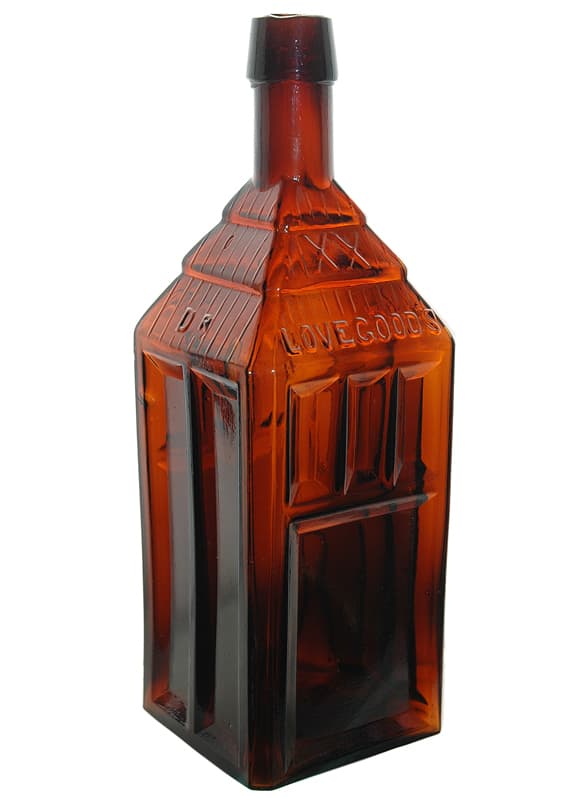 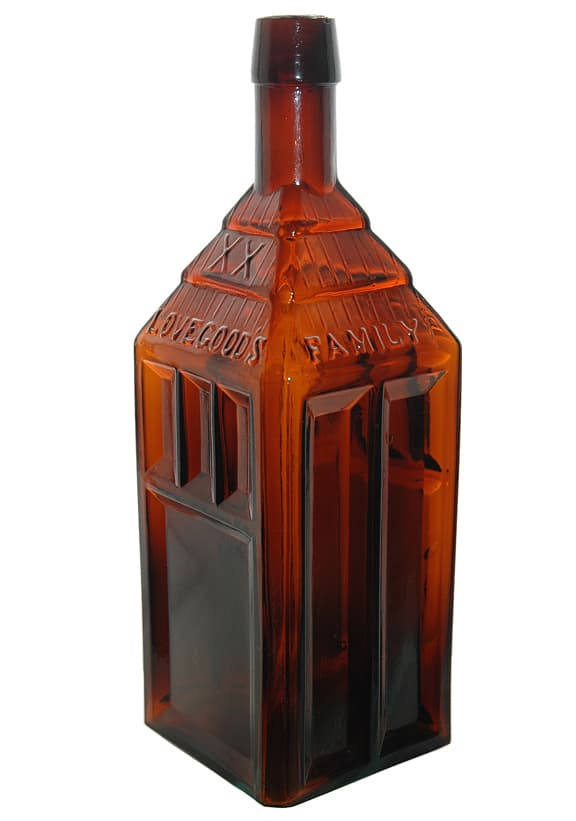 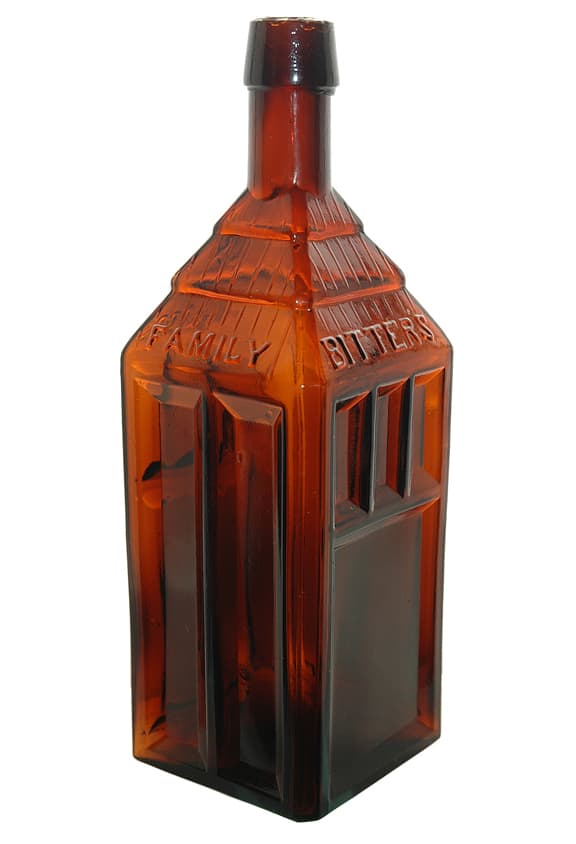 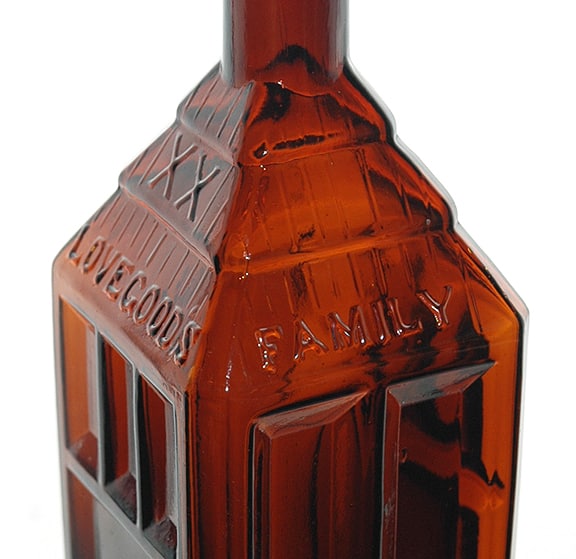 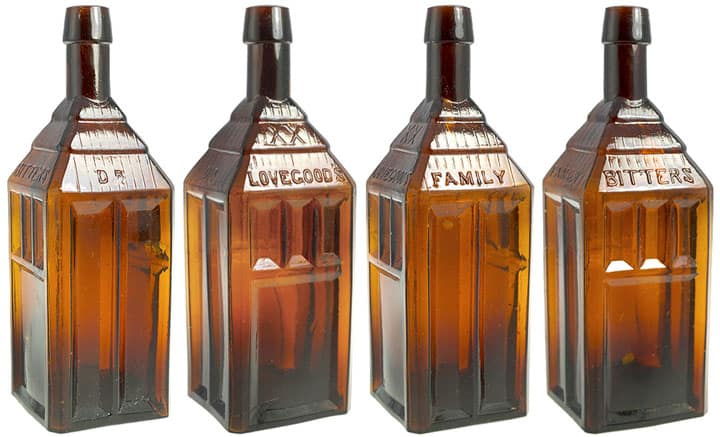 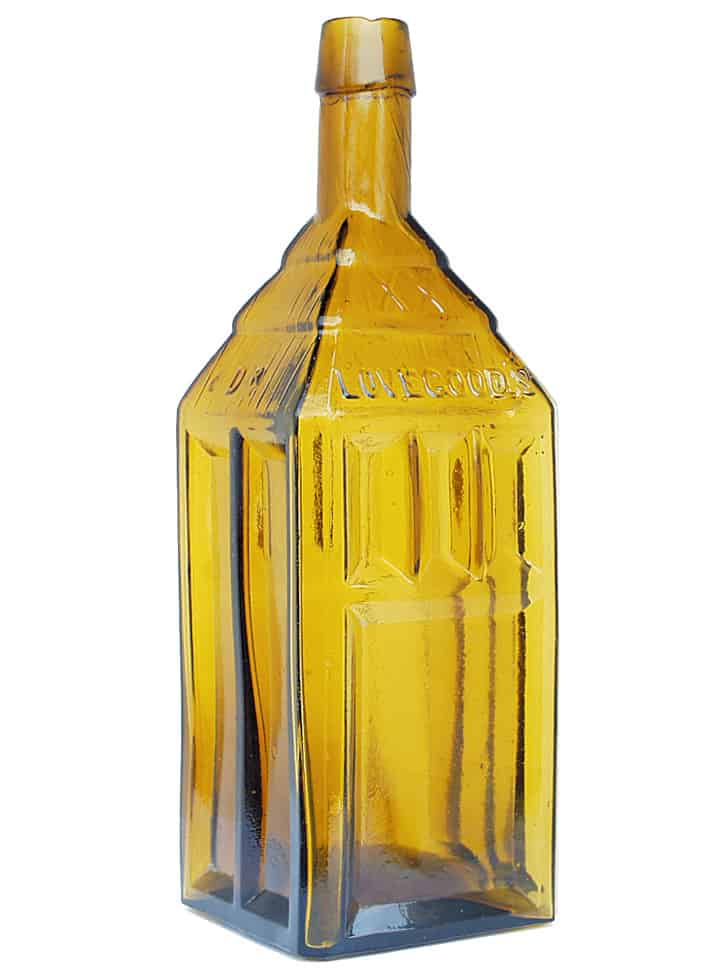 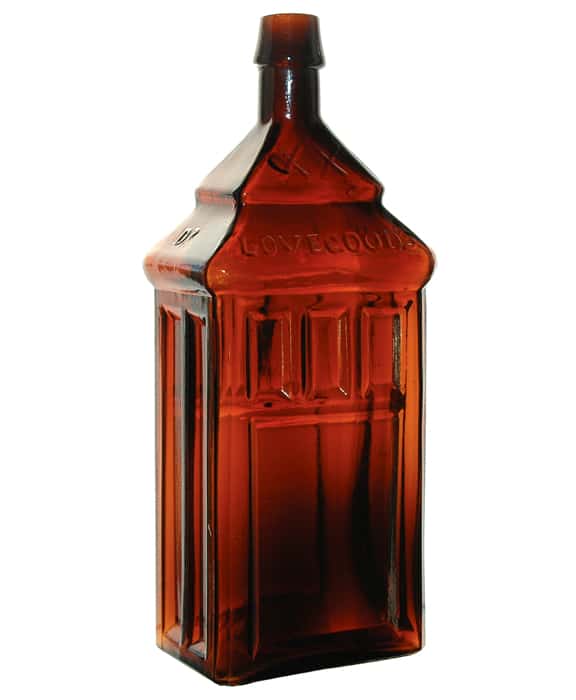 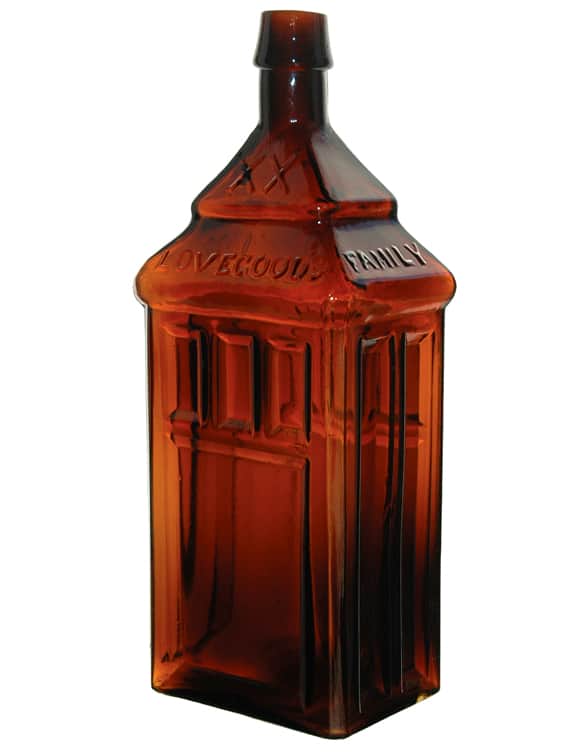 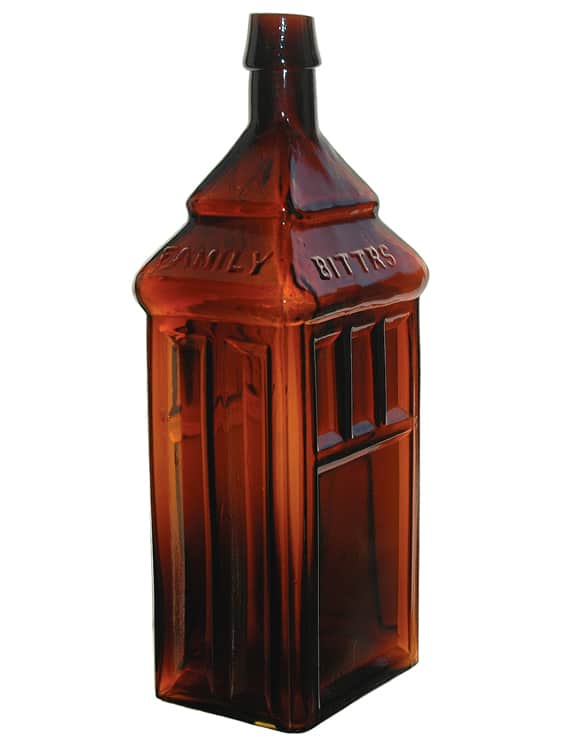 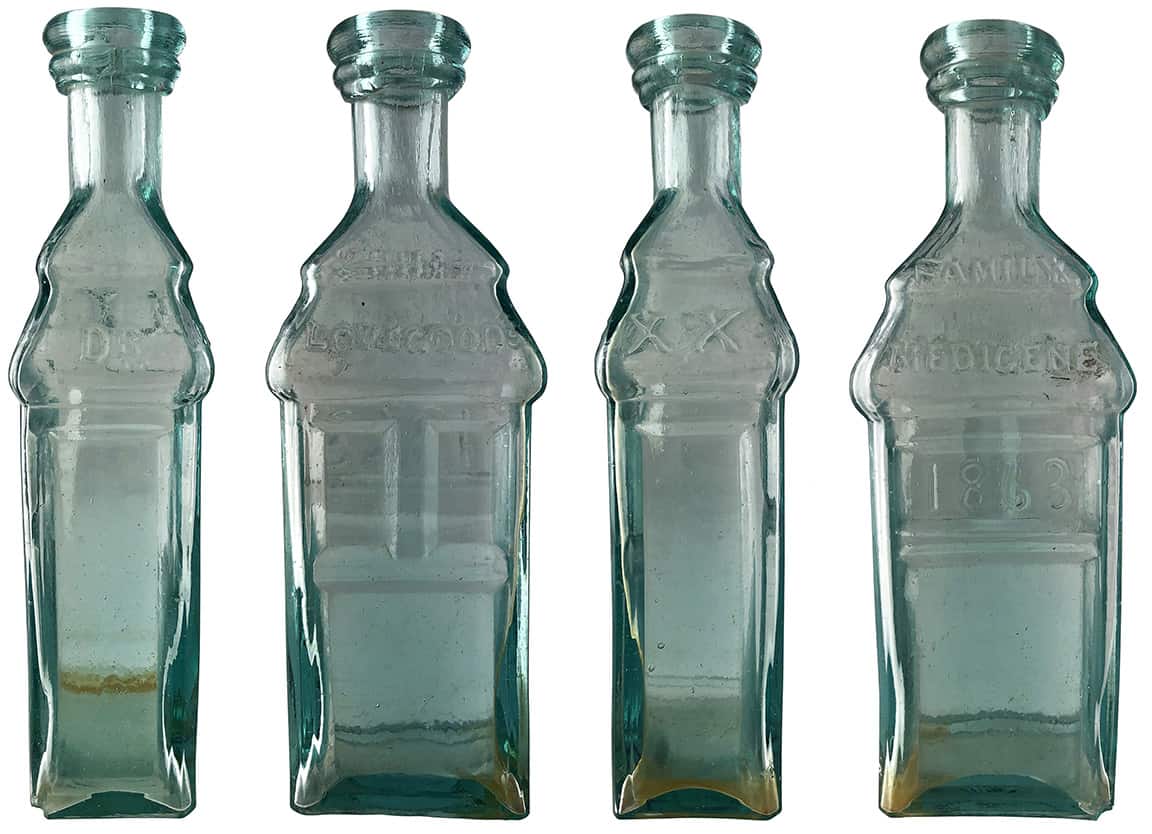 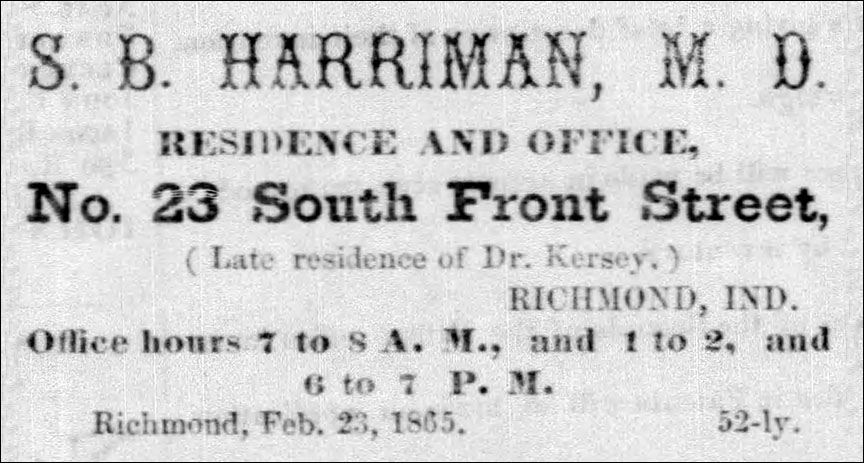 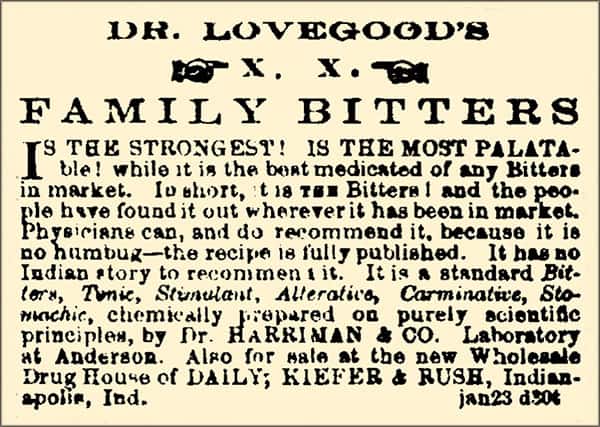 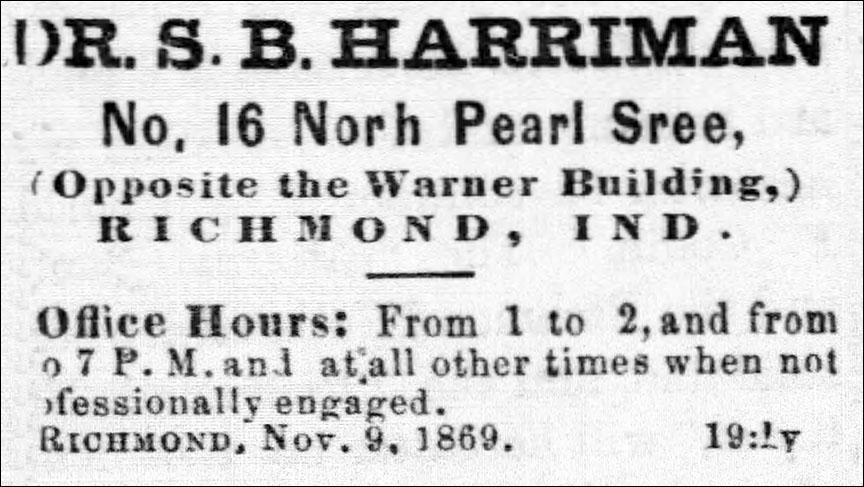 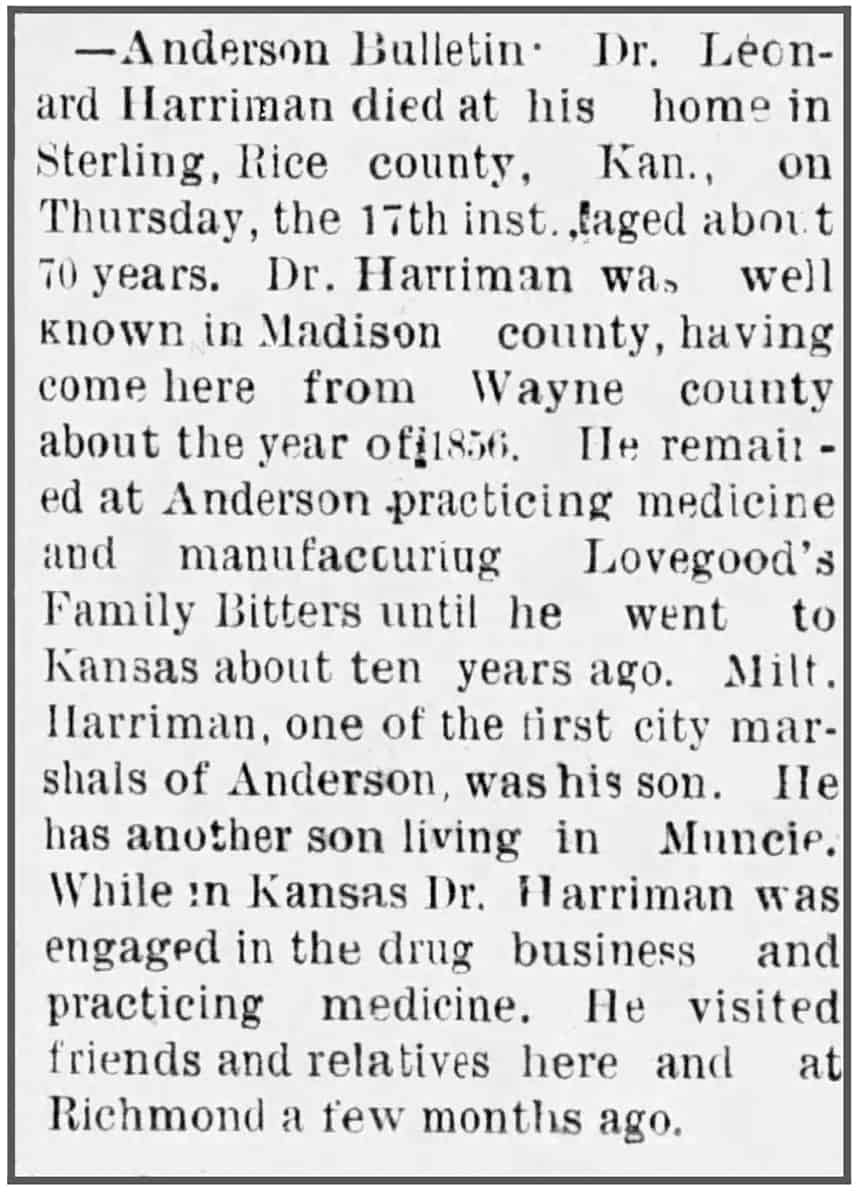 Ferdinand Meyer V is a native of Baltimore, Maryland and has a BFA in Fine Art and Graphic Design from the Kansas City Art Institute and School of Design. Ferdinand is the founding Principal of FMG Design, a nationally recognized design consultation firm. Ferdinand is a passionate collector of American historical glass specializing in bitters bottles, color runs and related classic figural bottles. He is married to Elizabeth Jane Meyer and lives in Houston, Texas with their daughter and three wonderful grandchildren. The Meyers are also very involved in Quarter Horses, antiques and early United States postage stamps. Ferdinand is the past 6-year President of the Federation of Historical Bottle Collectors and is one of the founding members of the FOHBC Virtual Museum.
View all posts by Ferdinand Meyer V →
This entry was posted in Bitters, Collectors & Collections, Figural Bottles, History, Medicines & Cures and tagged Alexandria, anderson, bitters, cabin, Dr. Lovegood's, family, Figural, indiana, Kansas, Leonard Harriman, Log, Lovegood, Madison, Martin Van-Zant, Medicine, ohio, physician, Series, Simeon Harriman, Sterling. Bookmark the permalink.