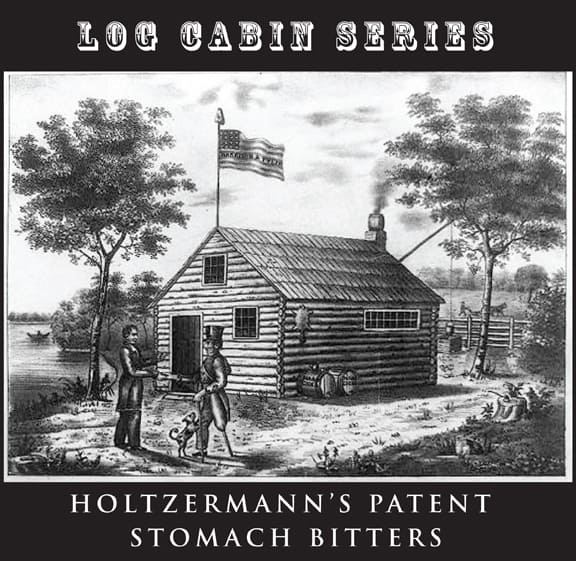 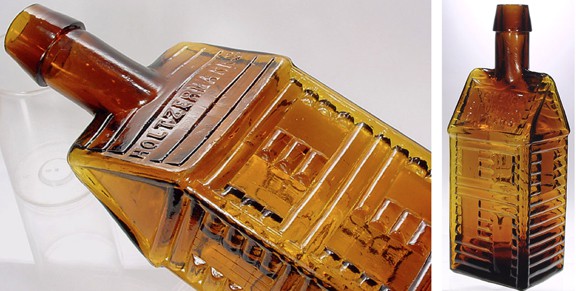 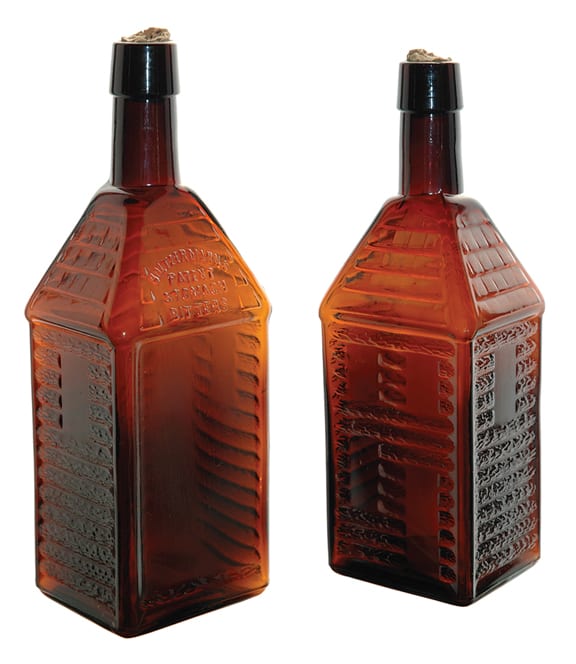 Yesterday, I wrote about the later 4-roof (pictured directly above) Holtzermann’s Patent Stomach Bitters (read: Log Cabin Series – Holtzermann’s Patent Stomach Bitters Compound (4 Roof) and pretty much hung my hat on most of the information previously noted by Steve Sewell over at Antique-Bottles.net. The information Steve provided was fantastic though I have come across some other information that raisesa few questions. I believe the Holtzermann liquor business did, in fact, start with Jacob Daniel Holtzermann (born 1808) from Bremen, Germany and not Christopher August Holtzermann (born 1840) as Steve suggests.

The 1870 Federal Census (see below) does not mention a son named Christopher August Holtzermann in the Jacob Daniel Holtzermann family, unless he was omitted for some reason such as already leaving home. He could have been the first son of three and he did marry a few years earlier so this probably covers this question. Only the sons George and Louis Holtzermann are noted, and indicated as working as clerks in the liquor business, presumably with their father. I simply believe that the RootsWeb information is incorrect that Steve may have referenced or J.D. Holtzermann forgot he had a son Christopher, which I doubt. The patent records also list a J.D. Holtzermann patenting the product, not Christopher August Holtzermann.

Anyway, I need to untangle this. In the meantime, here are some nice pictures and information on the earlier 2-roof Holtzermann’s Patent Stomach Bitters (Note: GreatAntiquebottles.com example pictured at top of post). 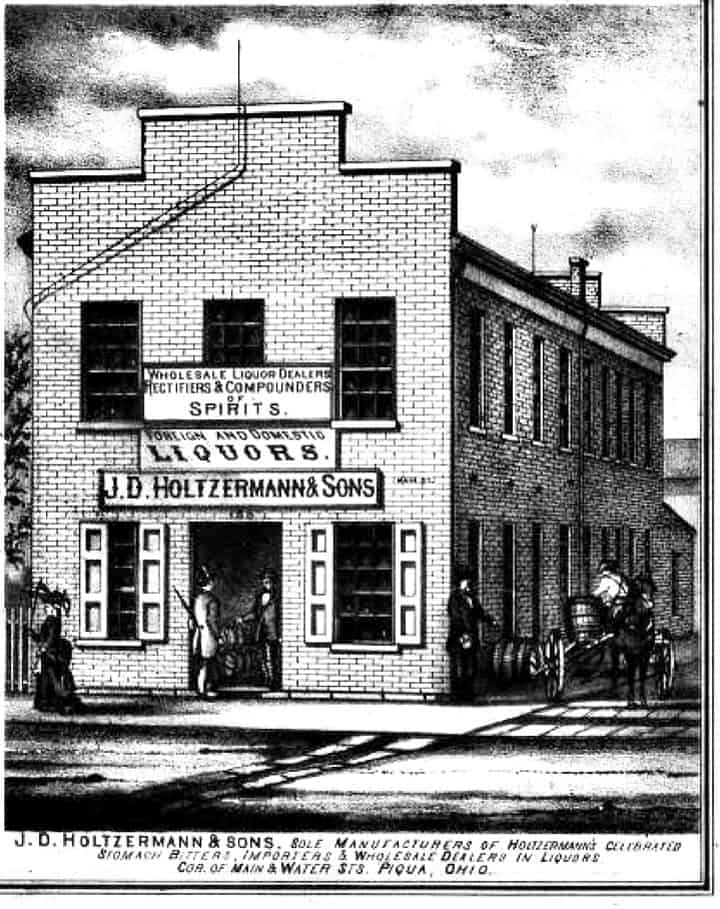 Christopher August Holtzermann was born on Aug 20, 1840 in Piqua, Ohio. He was the son of Jacob Daniel Holtzermann and Johanna L. Dettmer.

Christopher and Elise appeared on the 1870 Federal Census of Piqua, Miami County, Ohio, enumerated July 1, 1870, with their children Johanna, George, Louis and Jacob and Elise’s mother and sister, Tibetha (Debertha) and Caroline. Also in the house were domestics Anna Schafer and Mary Kruise.

*Notice conflicting dates and children below. Louis and George are constant but to young for the 1870 Federal Census.

1870 – George and Louis Holtzermann both listed as liquor clerks in presumably their fathers store in Federal Census. 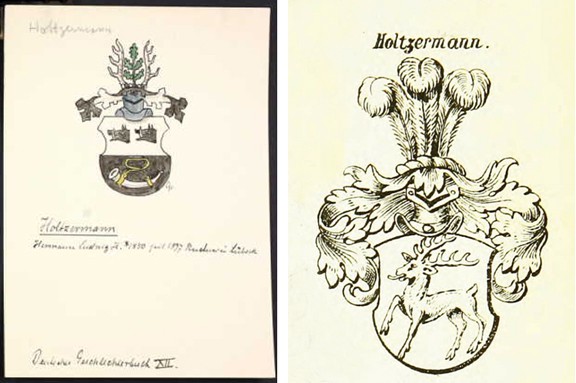 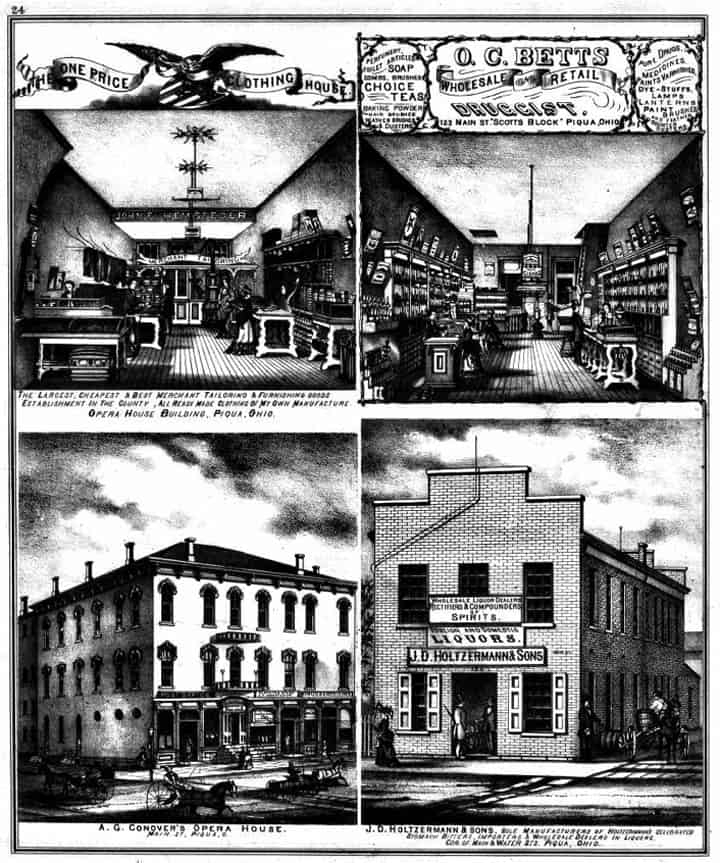 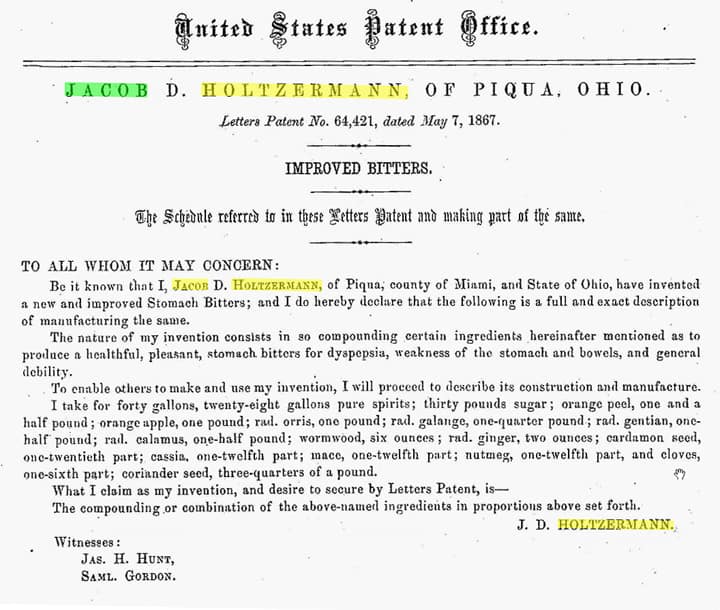 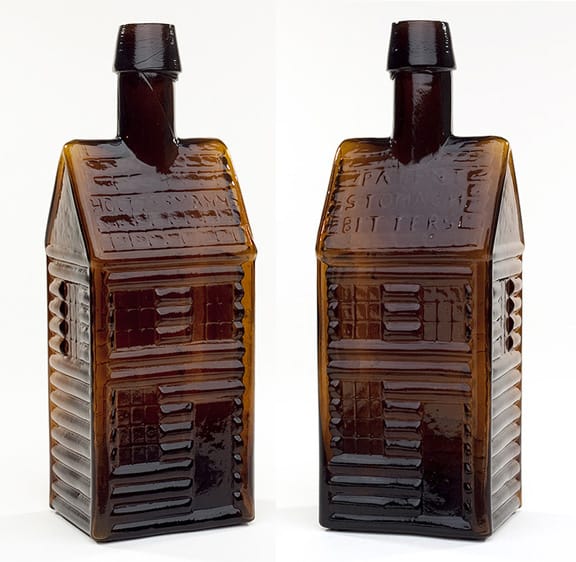 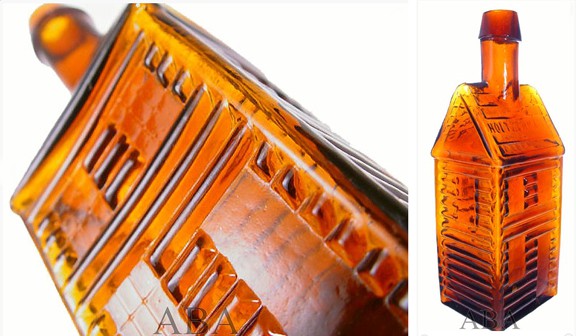 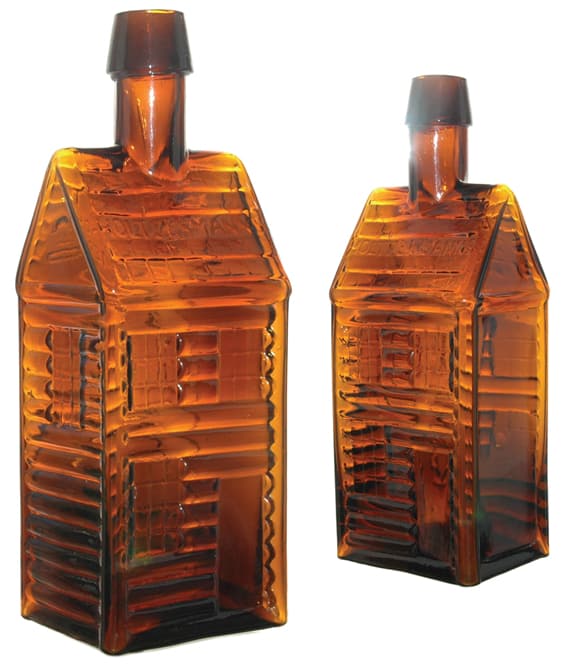 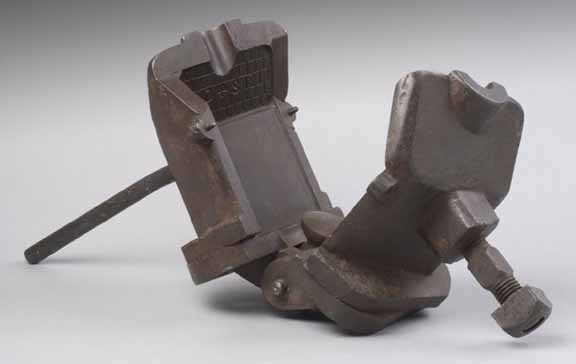 Original Booz treadle type mold in the Philadelphia Museum of Art. The Mold boy has no heavy weight to lift other then the individual articles as they are removed from the mold and placed on the adjoining stand. Mass produced large in size heavy molds such as the Booz Bottle, Kellys Old Cabin Bitters, all of the Calabash flasks and some common whiskey bottles require the use of a treadle mold. The treadle mold is operated by the blower, opening and closing the mold by applying pressure to a lever with his foot. By using this method the mold boys job is much easier as the boys work is limited to removing the bottles from the mold as it is opened by the blower, in which the mold boy becomes a take-out helper rather then a mold boy. – Steve Sewell (Antique-Bottles.net)