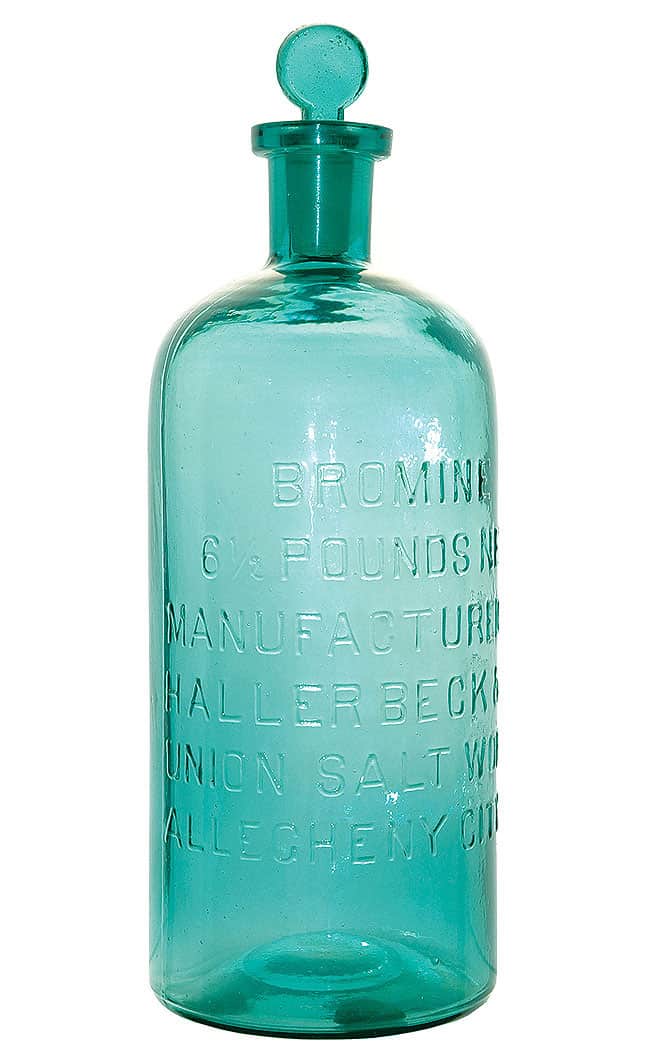 “The date and place of the letter is Johnstown, Pa., July 3rd, 1889, so that works out to just about a month after the devastating Johnstown flood of 1889, and the writer, whoever that is, describes how he or she has had occasion to use bromine a great deal in connection with working with corpses and other unsanitary conditions.” 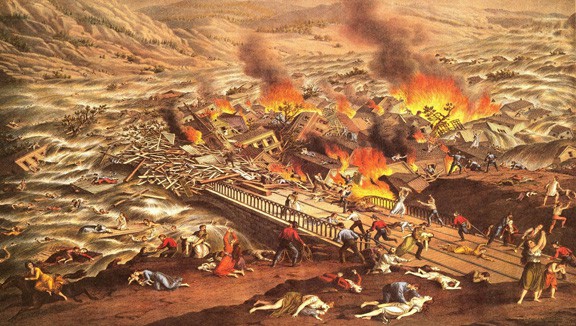 My name is Janet Lynch, and I am the great granddaughter of John A. Beck, Manager of the Haller, Beck & Co./ Union Salt Works Company (and then later I think went into business for himself). Anyway, I’ve lately been going over old family photographs and documents, and none has puzzled me more than the attached rather grisly letter (see Fig: 5) describing the benefits of bromine (see Fig: 4). It is so full of rather disgusting details that I wondered why in the world it, of all things, should have been kept among the few family documents which survive to this day, so I did a web search to try to find out some more about it, and as luck would have it, I stumbled upon your page: Bromine – Union Salt Works – Gorgeous Allegheny City Bottle (see Fig: 1) and thought aha! that’s it! But of course it is only a piece of the puzzle.

However it would appear that Haller, Beck & Co. were also purveyors of Bromine, something of which I was unaware until this morning. The date and place of the letter is Johnstown, Pa., July 3rd, 1889, so that works out to just about a month after the devastating Johnstown flood of 1889 (see Fig: 2), and the writer, whoever that is, describes how he or she has had occasion to use bromine a great deal in connection with working with corpses and other unsanitary conditions (as I said, the letter is grisly). Now what I am trying to work out is why this letter was kept.

So I’m wondering whether my great grandmother might have been a nurse or in some way connected with the rescue efforts during that difficult summer of 1889 in Johnstown and had occasion to John A. Beck about bromine and perhaps met him that way, (although that’s a guess of course) but at least now thanks to your post of the bottle I now see that in addition to salt, Haller, Beck & Co. (aka Union Salt Works) also manufactured bromine, so that at least the letter makes some more sense to me. If you can shed any light on this mystery, I’d really appreciate it. Otherwise, at least now you have some more information regarding your lovely bottle.

I look forward to your take on this information! 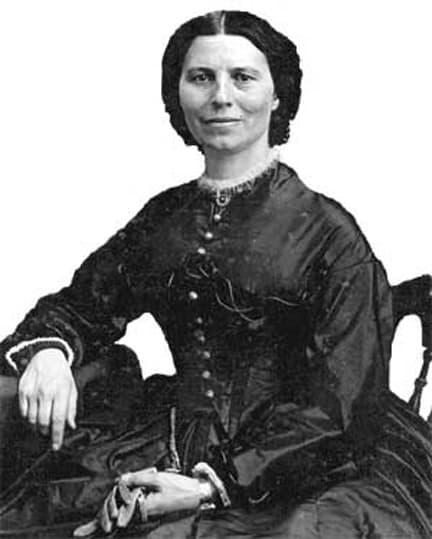 Fig: 3 – The international Red Cross had been founded as primarily a battlefield relief organization, and Clara Barton, the founder of the American Red Cross, had led some battlefield relief efforts during the Civil War. However, Barton felt the Red Cross could also provide relief for peacetime disasters, and the Johnstown flood of 1889 provided an ideal opportunity. Barton, 67, and five Red Cross workers arrived from Washington, D.C., on June 5, 1889, just five days after the flood occurred. Thus, the Johnstown flood was the first major peacetime relief effort for the American Red Cross.

The Johnstown Flood (or Great Flood of 1889 as it became known locally) occurred on May 31, 1889. It was the result of the catastrophic failure of the South Fork Dam situated on the Little Conemaugh River 14 miles upstream of the town of Johnstown, Pennsylvania, USA, made worse by several days of extremely heavy rainfall. The dam’s failure unleashed a torrent of 20 million tons of water from the reservoir known as Lake Conemaugh. With a volume that temporarily equalled the flow of the Mississippi River, the flood killed 2,209 people and caused US $17 million of damage. It was the first major disaster relief effort handled by the new American Red Cross, led by Clara Barton (see Fig: 3). Support for victims came from all over the United States and 18 foreign countries. After the flood, survivors suffered a series of legal defeats in their attempts to recover damages from the dam’s owners. Public indignation at that failure prompted the development in American law changing a fault-based regime to strict liability. [Wikipedia] 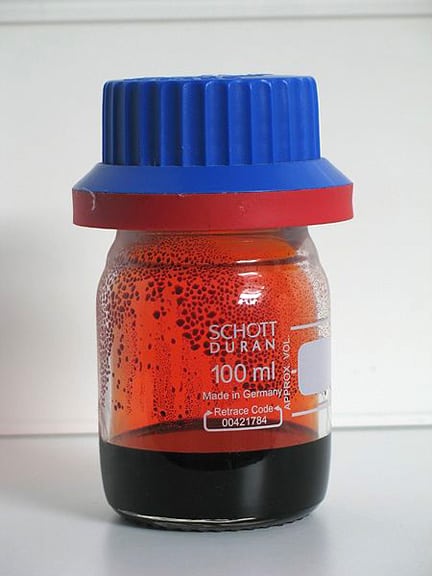 Fig: 4 – 25 milliliters of bromine, a liquid at room temperature

Bromine is a chemical element with the symbol Br, and atomic number of 35. It is in the halogen group. The element was isolated independently by two chemists, Carl Jacob Löwig and Antoine Jerome Balard, in 1825–1826. Elemental bromine is a fuming red-brown liquid at room temperature, corrosive and toxic, with properties between those of chlorine and iodine. Free bromine does not occur in nature, but occurs as colorless soluble crystalline mineral halide salts, analogous to table salt.

Bromine is rarer than about three-quarters of elements in the Earth’s crust; however, the high solubility of bromide ion has caused its accumulation in the oceans, and commercially the element is easily extracted from brine pools, mostly in the United States, Israel and China. About 556,000 tonnes were produced in 2007, an amount similar to the far more abundant element magnesium.

At high temperatures, organobromine compounds are easily converted to free bromine atoms, a process which acts to terminate free radical chemical chain reactions. This makes such compounds useful fire retardants and this is bromine’s primary industrial use, consuming more than half of world production of the element. The same property allows volatile organobromine compounds, under the action of sunlight, to form free bromine atoms in the atmosphere which are highly effective in ozone depletion. This unwanted side-effect has caused many common volatile brominated organics like methyl bromide, a pesticide that was formerly a large industrial bromine consumer, to be abandoned. Remaining uses of bromine compounds are in well-drilling fluids, as an intermediate in manufacture of organic chemicals, and in film photography.

Bromine has no essential function in mammals, though it is preferentially used over chloride by one antiparasitic enzyme in the human immune system. Organobromides are needed and produced enzymatically from bromide by some lower life forms in the sea, particularly algae, and the ash of seaweed was one source of bromine’s discovery. As a pharmaceutical, simple bromide ion, Br–, has inhibitory effects on the central nervous system, and bromide salts were once a major medical sedative, before being replaced by shorter-acting drugs. They retain niche uses as antiepileptics. [Wikipedia] 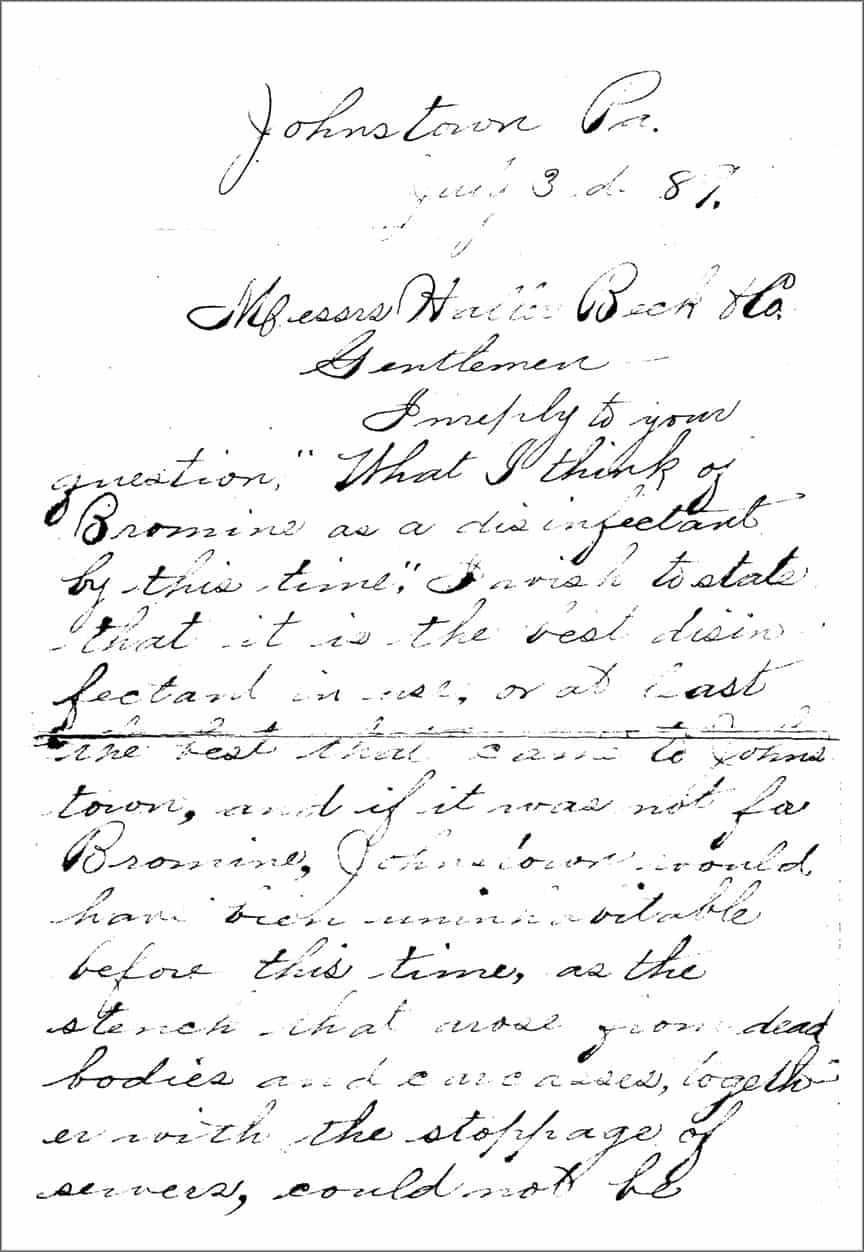 Fig: 5 – “The rather grisly letter describing the benefits of bromine” (click to read)

In reply to your question, “What I think of Bromine as a disinfectant by this time,” I wish to state that it is the best disinfectant in use, or at least the best that come to Johnstown, and if it was not for Bromine, Johnstown would have been uninhabitable before this time, as the stench that arose from dead bodies and carcasses, together with the stoppage of sewers, could not be subdued by the other disinfectants in use here. I have had three weeks experience in using it, and in every case it immediately quelled all stench that in came in contact with leaving the air pure and healthy.

I have seen dead bodies unearthed, so badly decomposed that the flesh had dropped from their fingers exposing the bare bones, and the stench was so great that you could scarcely approach them nearer than twenty or thirty feet, but after one or two pails full of Bromine was sprinkled over them they could be approached without danger of regurgitating your last meal, and any sensitive person could handle them, as the stench was entirely gone, for the Bromine acts instantaneously and in less than one minute all disagreeable odors are entirely removed.

I often meet people who ask to have Bromine with instructions for using it, sent to their homes, saying “that they have no fear of disease where Bromine is used, as it purifies every thing dangerous to the Public Health, leaving the atmosphere pure & wholesome.

Wherever I go, “The Verdict” of the people of Johnstown is, “That we could not live in this place without Bromine, seeming to think that the other disinfectants are insignificant compared with it (Bromine) and they are correct.

For Water Closets Bromine shows its true merit, always immediately quelling all disagreeable odors that arise from such places leaving them perfectly free from such stench driving the Amomia out [end of page 4; seems like there ought to be more, but I can’t find it if there is.]

What first just seemed totally odd, random and pretty disgusting is now making much more sense now that I am learning the extent of the devastation of the June 1889 Johnstown flood and its aftermath and Haller, Beck & Co.’s role insofar as they provided bromine for the cleanup efforts (which according to a very interesting and informative page from the Johnstown Flood Museum – Read: The Work of the State Board of Health Johnstown Flood Museum apparently also included vast quantities of all sorts of disinfectants, including:

If you’d like to post the pdfs of the letter about the efficacy of bromine by that anonymous writer I think it might be quite informative.

On a sad but not directly related note, in my research on Haller, Beck & Co, when I typed that name into a search engine, I also learned that “In June of 1892, The Pittsburgh Press reported that Eugene Galvin, son of the ‘popular and well known baseball pitcher, fell into a vat of boiling salt water in the salt works of Haller, Beck & Co., at the foot of Rebecca street, Allegheny. The boy survived his injuries until 2 o’clock this morning, when death ensued.” (see Allegheny City Society newsletter number 49, spring Reporter Dispatch 2010, page 3 of pdf: Read: Allegheny City Society

Later Galvin’s father tried suing the company, but it came to nothing. I was thinking how terrible it was that in the 19th century before standard worker safety laws and regulations, injuries and fatalities like that were probably pretty common, but then discovered that only last Thursday a poor unfortunate worker at a Bumble Bee tuna factory in California was apparently boiled to death by falling into a vat there: Read: Worker Dies After Being Cooked In Tuna Plant Oven.

So I guess we still have a long way to go.

Anyway, if you’d like to post that bromine letter or the part that I have been able to find anyway, go for it! And perhaps somebody else will have some more interesting information to add to the mix.

Ferdinand Meyer V is a native of Baltimore, Maryland and has a BFA in Fine Art and Graphic Design from the Kansas City Art Institute and School of Design. Ferdinand is the founding Principal of FMG Design, a nationally recognized design consultation firm. Ferdinand is a passionate collector of American historical glass specializing in bitters bottles, color runs and related classic figural bottles. He is married to Elizabeth Jane Meyer and lives in Houston, Texas with their daughter and three wonderful grandchildren. The Meyers are also very involved in Quarter Horses, antiques and early United States postage stamps. Ferdinand is the past 6-year President of the Federation of Historical Bottle Collectors and is one of the founding members of the FOHBC Virtual Museum.
View all posts by Ferdinand Meyer V →
This entry was posted in Bottling Works, Ephemera, History, Peachridge Glass, Questions, Utility Bottles and tagged !889, Allegheny City, Beck & Co., Bromine, Clara Barton, Conemaugh Valley, disaster, Haller, Janet Lynch, John A. Beck, Johnstown, Pennsylvania, salt, South Fork Dam, Union Salt Works Company. Bookmark the permalink.

1 Response to Haller, Beck & Co., Bromine and the Johnstown Flood