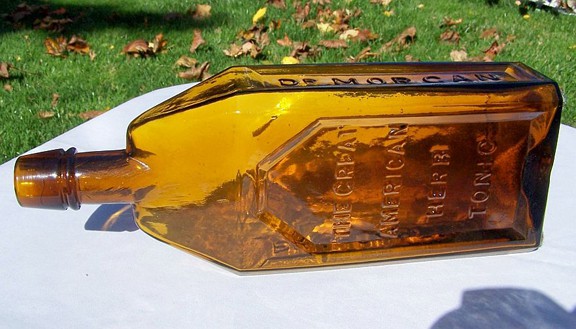 I’ve always been curious as to the provenance of the Great American Herb Tonic bottle I acquired back in 1972 from a Skinner auction. It has the same form as the Golden Bitters bottle, as evidenced by the photos attached. Ham/Ring description for the G-63 attribute it to Hudson, New York.

The herb tonic bottle is embossed Dr. Morgan’s/The Great American Herb Tonic/Phila. and, as seen, is almost a duplicate form as the Golden Bitters. As far as I know, only one other Herb Tonic was auctioned, and that was by Glass Works Auctions back in 1987.

Any background on this form by anyone? The aqua Golden Bitters is beautiful; seedy and whittled. A great example too. Please feel free to use any of attached photos. 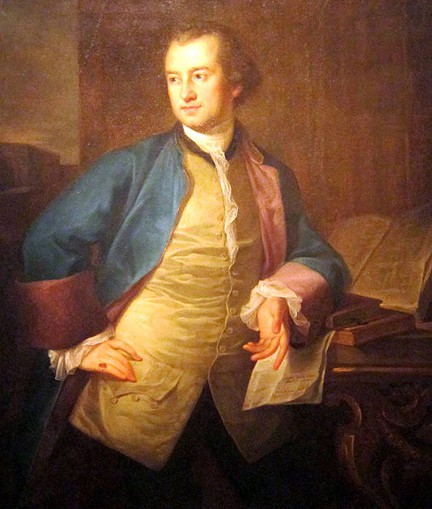 I wonder if Morgan is a reference directly or indirectly to John Morgan, M.D. from Philadelphia? Obvious this Morgan is decades ahead of the product.

According to Wikipedia and the University of Pennsylvania archives, John Morgan (1735–1789) was co-founder of the Medical College at the University of Pennsylvania, the first medical school in Colonial America; and he served as the second “Chief physician & director general” of the Continental Army (an early name for the U.S. Army Surgeon General). He also founded the American Philosophical Society in 1766 in Philadelphia.

Dr. Morgan was the son of Evan Morgan, a Welshman, and Joanna Biles, was born in Philadelphia in 1735. He received a classical education at Nottingham Academy in Chester County, Pennsylvania, before entering the College of Philadelphia (now the University of Pennsylvania) on May 25, 1754. He was part of the College’s first graduating class, receiving an A.B. on May 17, 1757. During his undergraduate years of 1755 and 1756, he began to study medicine under Dr. John Redman of Philadelphia, also working at the Pennsylvania Hospital as Resident Apothecary.

Morgan served as Chief Physician to the Continental Army from October 1775 to January 1777. He was empowered by the U.S. Congress to inspect regimental hospitals and transfer patients if warranted and to examine regimental surgeons. Rancor with the regimental surgeons became so bad that Morgan quit when the Army moved from Boston to New York. 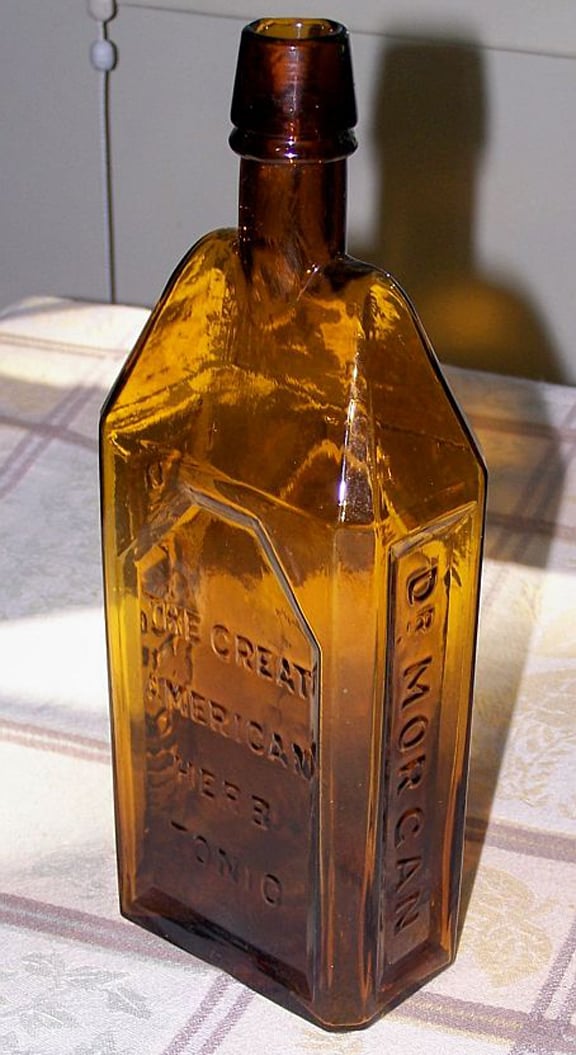 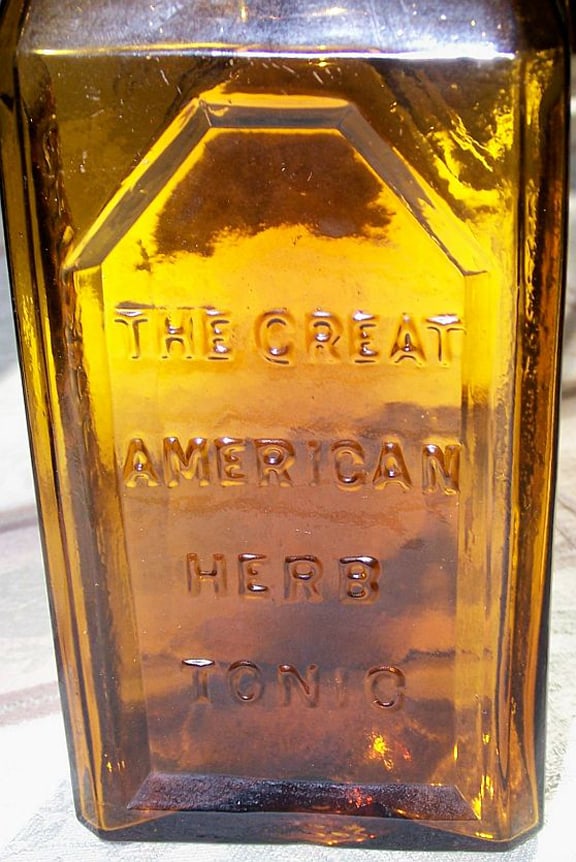 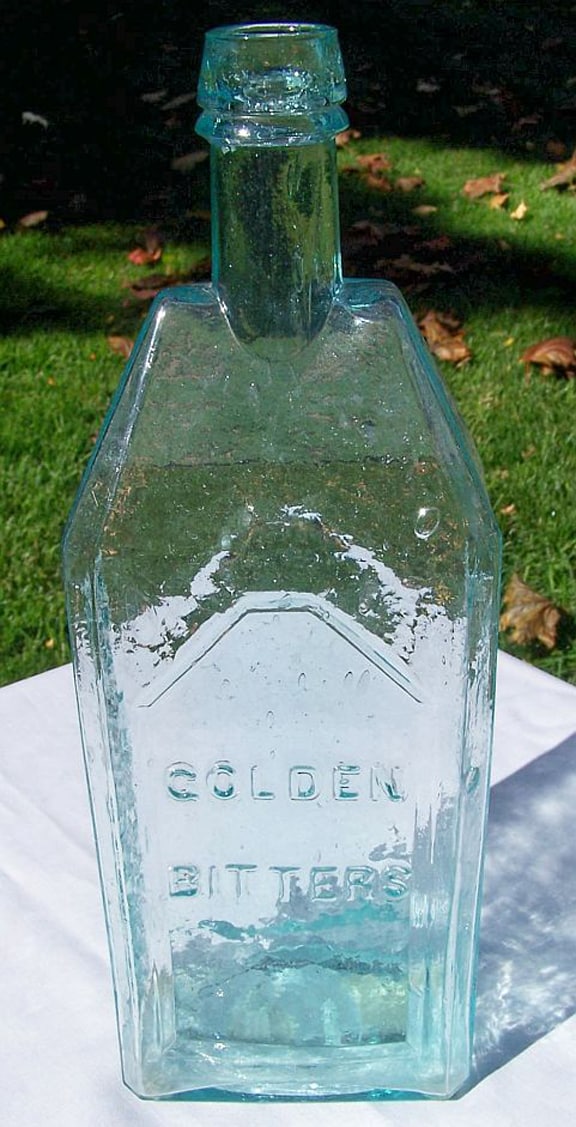 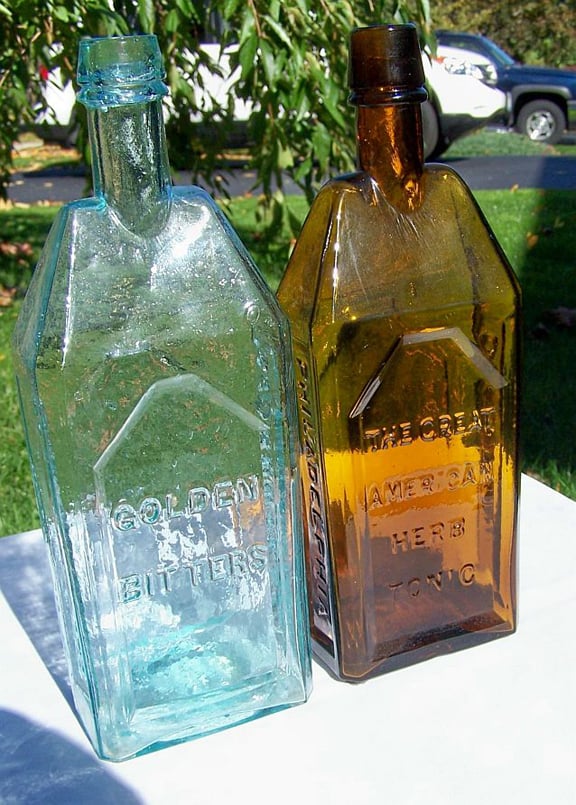 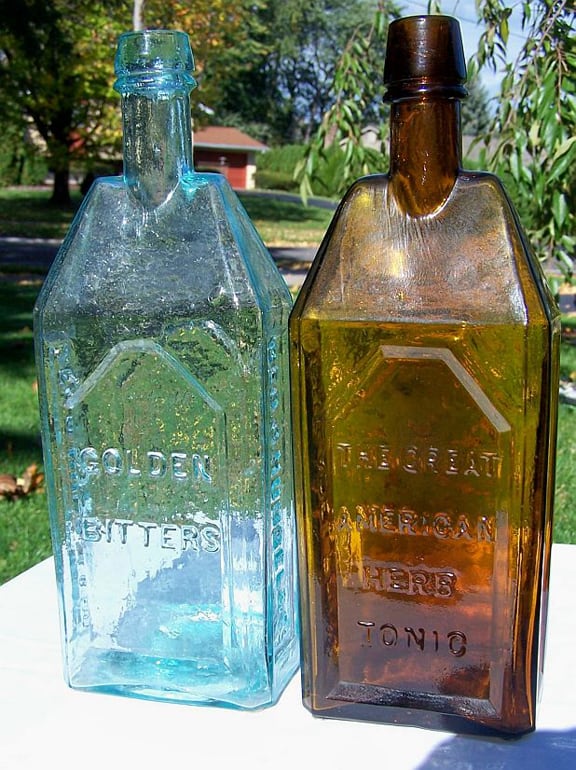 Ferdinand Meyer V is a native of Baltimore, Maryland and has a BFA in Fine Art and Graphic Design from the Kansas City Art Institute and School of Design. Ferdinand is the founding Principal of FMG Design, a nationally recognized design consultation firm. Ferdinand is a passionate collector of American historical glass specializing in bitters bottles, color runs and related classic figural bottles. He is married to Elizabeth Jane Meyer and lives in Houston, Texas with their daughter and three wonderful grandchildren. The Meyers are also very involved in Quarter Horses, antiques and early United States postage stamps. Ferdinand is the past 6-year President of the Federation of Historical Bottle Collectors and is one of the founding members of the FOHBC Virtual Museum.
View all posts by Ferdinand Meyer V →
This entry was posted in Bitters, Collectors & Collections, Questions, Tonics and tagged american, American Philosophical Society, Dr. Morgan, Glass Works Auctions, Golden Bitters, great, Herb, Hudson, Jack Stecher, John Morgan, New York, Skinner, Tonic, University of Pennsylvania. Bookmark the permalink.