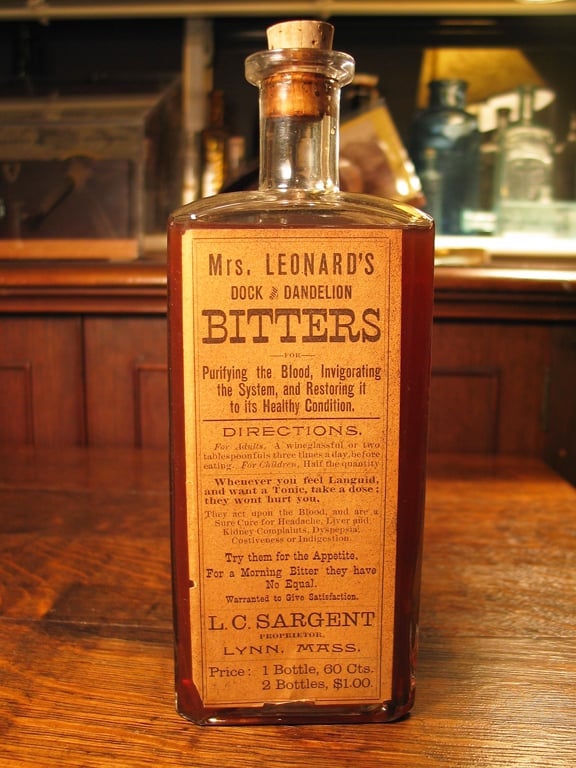 I must say, it is always nice to receive a complimentary email from someone I have not met before. Especially if someone is so close to me geographically. In this case the email is from Andy Rapoza in The Woodlands, Texas which is a master-planned community and town center north of Houston. Andy also included two spectacular photographs of some of his specialized collection which he has allowed me to share.

Through the surfing process I came across (and have now bookmarked) your excellent website. Wonderful information and I look forward to reading much of it in depth over the days and weeks ahead. I am a Massachusetts native living in The Woodlands, TX area for the past 17 years. I have a wonderful collection of medicines from one town – Lynn, Massachusetts – that range from 1830-1930, mostly labeled. I have been collecting and researching for about 25 years. I’ve written several articles and have nine chapters written of a twelve-chapter book on the subject. Read: An Old and Bitter Storyteller.

My biggest frustration has been finding kindred spirits in this area. While I focus on Lynn, I am fascinated about patent/proprietary medicines in general and learn all I can. If you have any interest in shaking hands some day, please let me know; I would be delighted. If you are making a trip towards The Woodlands area sometime, please consider this my open invitation to come over to my house and see my collection. My wife and I would be happy to meet you.

I will attach a couple of images of a few bottles in my collection in a separate email (didn’t want to do so in my first email, just in case you or your spam filter would be uncomfortable opening an email with attachments from an unfamiliar email address).

I am also attaching my phone number. Hoping to hear back from you in some form. 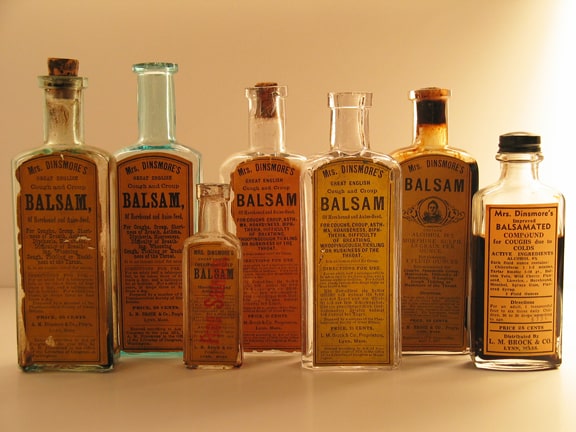 I was curious about Lynn, Mass. as I have never been there. 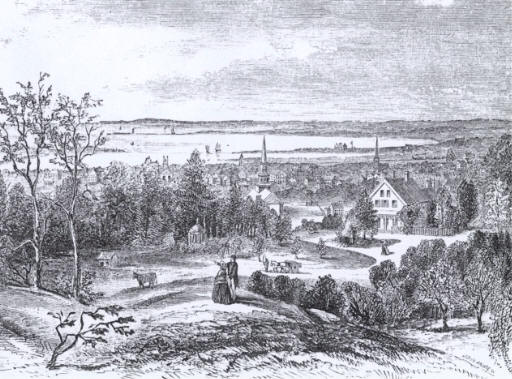 1623 – The first tannery in the American colonies is founded in Lynn, Mass.

The area known as Lynn was first settled in 1629 by Edmund Ingalls (d. 1647), followed by John Tarbox of Lancashire in 1631, whose descendants still reside in New England. The city was incorporated in 1631 as Saugus, the Nipmuck name for the area. The name Lynn was given to the area after King’s Lynn, Norfolk, England, in honor of Samuel Whiting. After Lynn’s resettlement, many of its areas gradually separated into independent towns. Reading was created in 1644, Lynnfield in 1782, Saugus in 1815, Swampscott in 1852, and Nahant in 1853. Lynn was incorporated as a city in 1850.

Colonial Lynn was a major part of the regional tannery and shoe-making industries that began in 1635. The boots worn by Continental Army soldiers during the Revolutionary War were made in Lynn. The shoe-making industry drove urban growth in Lynn into the early nineteenth century. This historic theme is reflected in the city seal, which features a colonial boot. 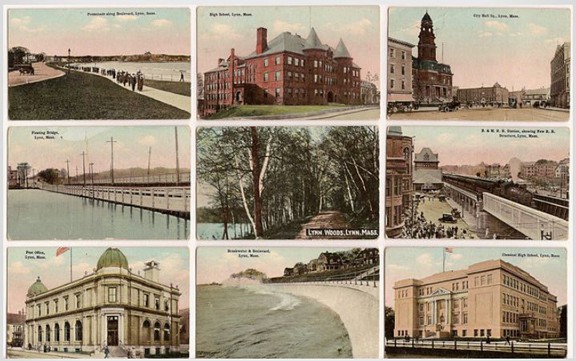 In 1816, a mail stage coach was operating through Lynn. By 1836, 23 stage coaches left the Lynn Hotel for Boston each day. The Eastern Railroad Line between Salem and East Boston opened on August 28, 1838. This was later merged with the Boston and Maine Railroad and called the Eastern Division. In 1847 telegraph wires passed through Lynn, but no telegraph service station was built till 1858.

Lynn Shoe manufacturers, led by Charles A. Coffin and Silas Abbott Barton, invested in the early electric industry, specifically in 1883 with Elihu Thomson and his Thomson-Houston Electric Company. That company merged with Edison Electric Company of Schenectady, New York, forming General Electric in 1892, with the two original GE plants being in Lynn and Schenectady. Charles A. Coffin served as the first president of General Electric. Elihu Thomson later served as acting president of the Massachusetts Institute of Technology from 1920 to 1923.

Initially the General Electric plant specialized in arc lights, electric motors, and meters. Later it specialized in aircraft electrical systems and components, and aircraft engines were built in Lynn during WWII. That engine plant evolved into the current jet engine plant during WWII because of research contacts at MIT in Cambridge. Gerhard Neumann was a key player in jet engine group at GE in Lynn. The continuous interaction of material science research at MIT and the resulting improvements in jet engine efficiency and power have kept the jet engine plant in Lynn ever since. [From Wikipedia] 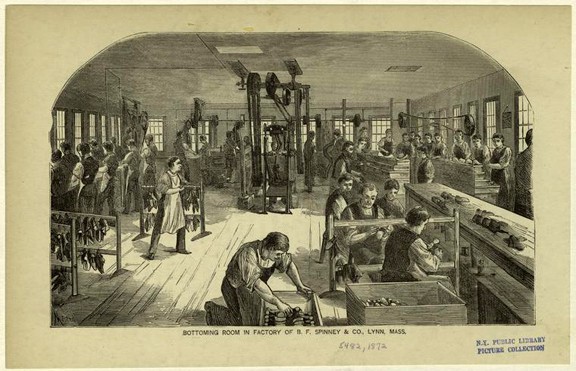 Ferdinand Meyer V is a native of Baltimore, Maryland and has a BFA in Fine Art and Graphic Design from the Kansas City Art Institute and School of Design. Ferdinand is the founding Principal of FMG Design, a nationally recognized design consultation firm. Ferdinand is a passionate collector of American historical glass specializing in bitters bottles, color runs and related classic figural bottles. He is married to Elizabeth Jane Meyer and lives in Houston, Texas with their daughter and three wonderful grandchildren. The Meyers are also very involved in Quarter Horses, antiques and early United States postage stamps. Ferdinand is the past 6-year President of the Federation of Historical Bottle Collectors and is one of the founding members of the FOHBC Virtual Museum.
View all posts by Ferdinand Meyer V →
This entry was posted in Collectors & Collections, History, Medicines & Cures, Peachridge Glass, Technology and tagged Andy Rapoza, Ferdinand, Houston, John Tarbox, King's Lynn, labeled, Lynn, Massachusetts, Medicine, Mrs. Dinsmore's Balsam, Mrs. Leonard's Dock and Dandelion Bitters, Peachridge Glass, shoe-making, tannery, texas, The Woodlands. Bookmark the permalink.