The next generation and future of our hobby

I have developed this page to nest stories about our youth and the next generation of our hobby.

My own granddaughter Adriana (she is now 16 and absorbed in horses) who is the most interested of my grandchildren in bottles, is my bottle princess. Here are a few of my favorite Adriana episodes: 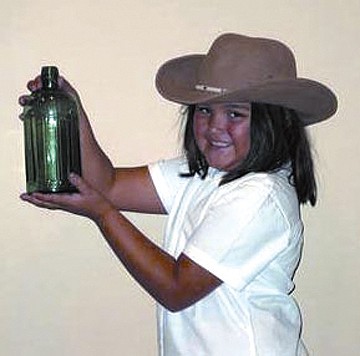 Adriana holding a DR. BIRMINGHAM’S ANTI BILIOUS BLOOD PURIFYING BITTERS that we had just won at the live FOHBC Memphis Expo auction in 2004. Many of you may remember that she used to do my bidding!

1) When she was seven or eight years old, she went to most bottle shows with me. I lost her at the giant Baltimore show and panicked. You see, Adriana had heard a loud speaker announcement that the members of the Antique Poison Bottle Collectors Association (APBCA) would be meeting in the front of the hall for a group membership photo. Well Adriana ventured out alone, found the poison group and sat in the front row. She became part of the membership picture and joined up on her own that day! She has been a member of the APBCA since.

2) Another time Adriana’s 2nd grade teacher called, quite alarmed and told her mother that Adriana was talking about poison and collecting poison bottles with the other children. I would have liked to listen in and recorded that call!

3) The Houston Bottle Show is in a few weeks. The first show I attended was in either 2002 or 2003. Adriana was my young helper. She was seven years old or so. She again disappeared from my sales table. I spotted her a few aisles down, counting out hundred dollar bills and paying some startled dealer for a cobalt blue glass lamp, if I remember correctly. Seems like she had taken a liking to this piece earlier, used my wallet in my briefcase for support, and decided to make the purchase. Fortunately I stopped the deal mid transaction and walked away embarrassed, smiling inwardly and in the same breath scolding Adriana as only a grandpa can do.

Here is a grouping of pictures and stories of some wonderful young bottle and glass collectors. 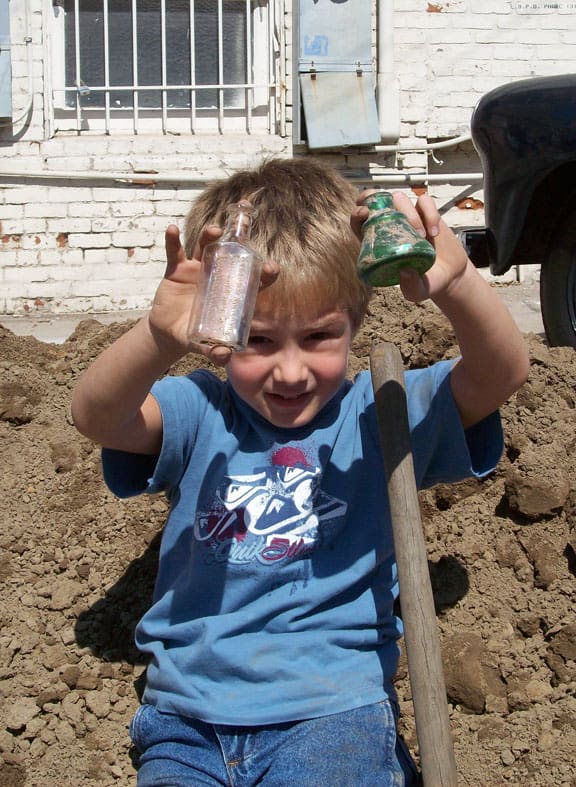 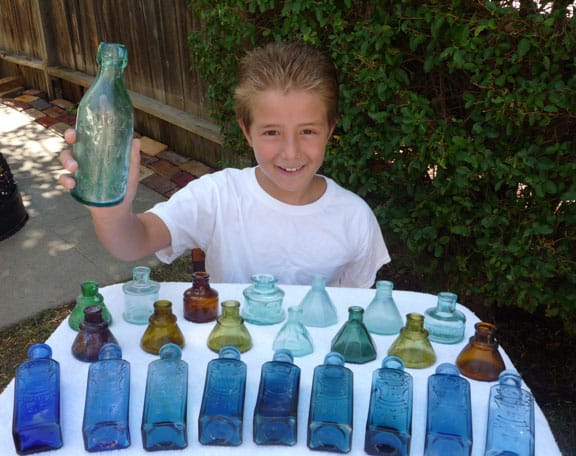 Sam Garcia and his collection

Here is Sam Garcia, the son of Dave Garcia. They are members of the South Bay Historical Bottle Club in Long Beach, California. Sam came to the meeting this last Tuesday and and talked about some of his bottles he has collected since he started collecting at the ripe age of 3. Sam is now 8 years old. He went on digs with his dad and got hooked. He collects inks, Dickey’s (Dave says he likes the name) and Samual soda blobs. This young man just may be sitting on the board some day. Submitted by Pam Selenak.

Eli Herron and his Insulators 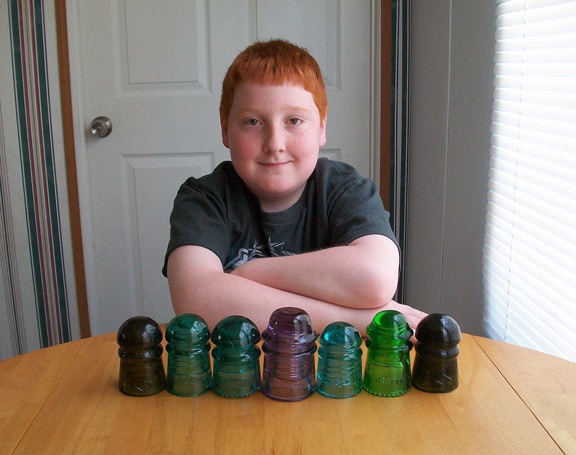 9-year-old Eli Herron of Toccoa, Georgia shows off the insulators he received from Crown Jewels of the Wire and their donors

Read more: Crown Jewels of the Wire focuses on Youth 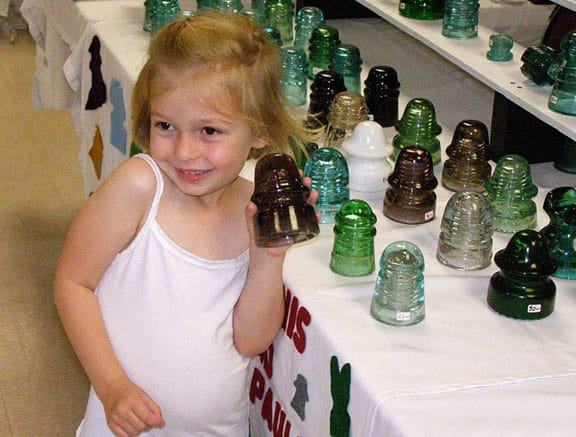 Landon posing adorably with an insulator

No, not a rare insulator, but something much better. Meet 4 year-old Landon, one of our youngest insulator collectors. Landon became fascinated with insulators over a year ago when Dennis & Paulette Kotan introduced her to her first insulator. She arrived at her very first show this past weekend and was hands down the highlight of the show for Ofelia and me. She was leading her very supportive mom and grandmother from each insulator table to the other with an infectious smile and a collectors’ gleam in her eye. She told me she had nine insulators in her collection at home. I wouldn’t be surprised if that number didn’t double by the end of the show. We can’t wait to see her again at another show soon! – Dwayne Anthony ICON (Insulator Collectors On the Net) 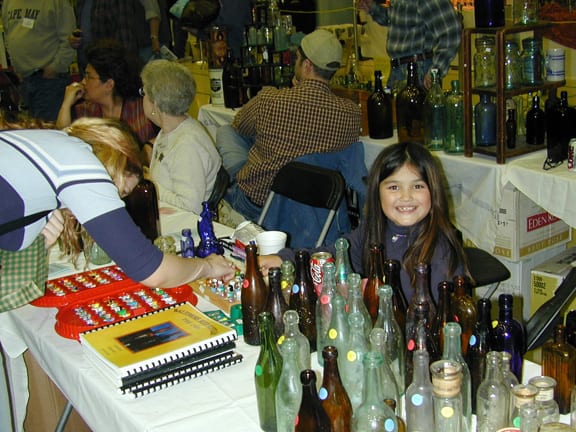