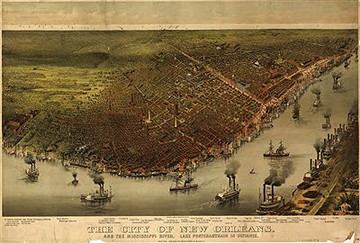 Tim Henson forwarded me an email and pictures of an interesting bottle that I have not seen before. I love the ‘Rheumatism & Gout Annihilator’ part. New Orleans bottles are always fun to look at. There is a fantastic example of a DR. HYDE’S SOUTHERN STOMACH BITTERS from New Orleans in the current American Glass Gallery | Auction #8. The Hyde’s reminds me of the famous New Orleans DR. DE ANDRIES SARSAPARILLA BITTERS. Both the Hyde’s and the De Andres are pictured further below. All three of these bottles have similarities. Tim’s email…

Here is a very interesting amber square that so far I haven’t seen or heard of another. I was wondering if possibly you or any other collectors have seen this particular bottle before? A great southern medicine in a bitters or tonic form and from New Orleans. Embossed in three sunken panels N. Jenkins N.O Rheumatism & Gout Annihilator. Nice applied top and the panel is sunken in considerably on the N. Jenkins N.O side. There is no period after the O in the New Orleans abbreviation. The base has a cool embossed star that is slightly sunken and wavy too. I’d love to know more about this bottle if anyone had any information! 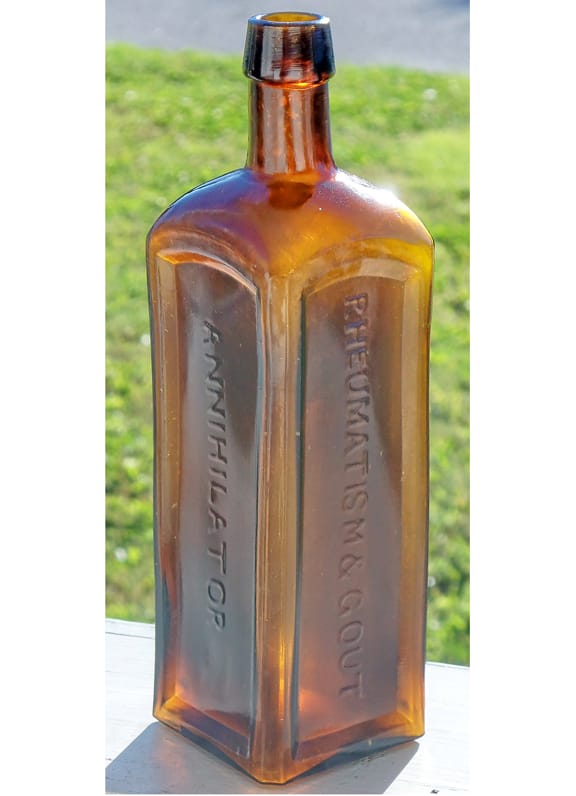 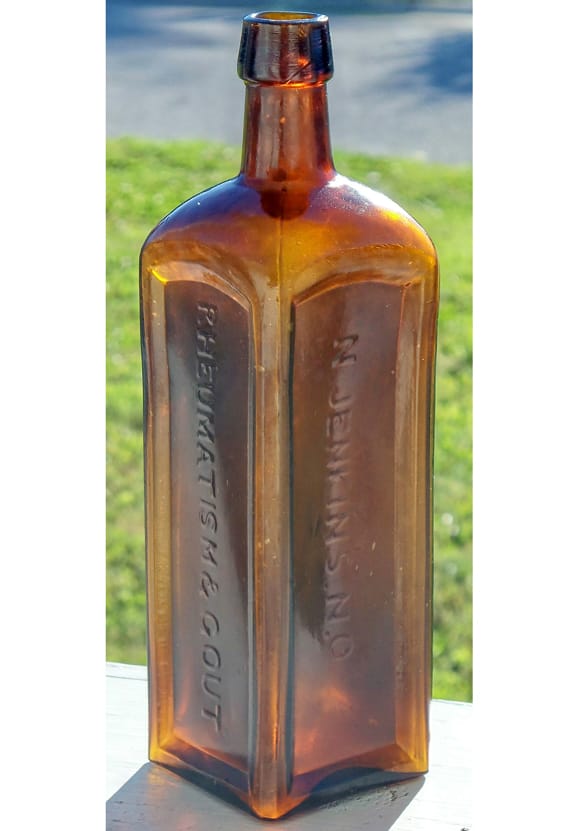 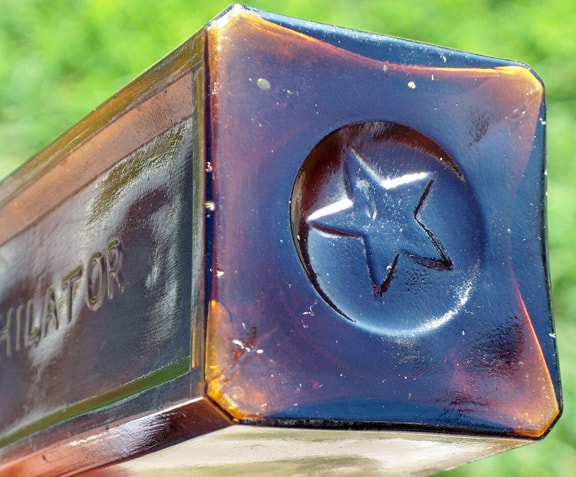 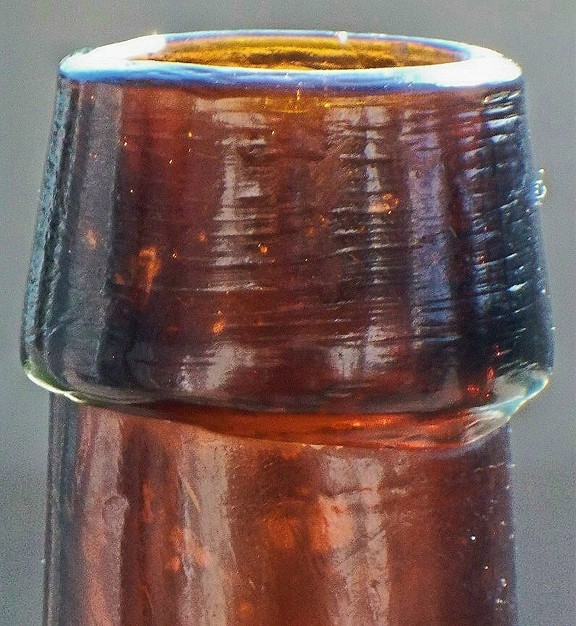 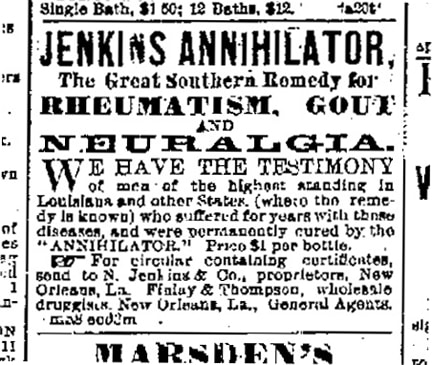 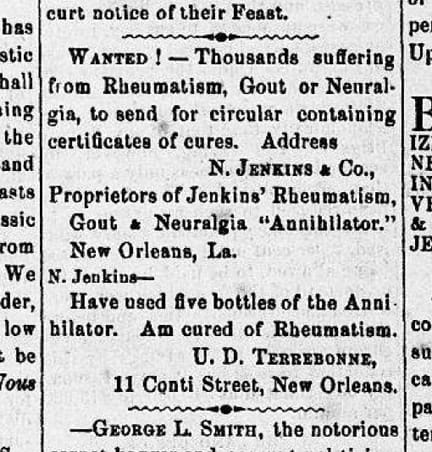 Advertisement from The Louisiana Democrat - May 8, 1878 - Jim Schmidt 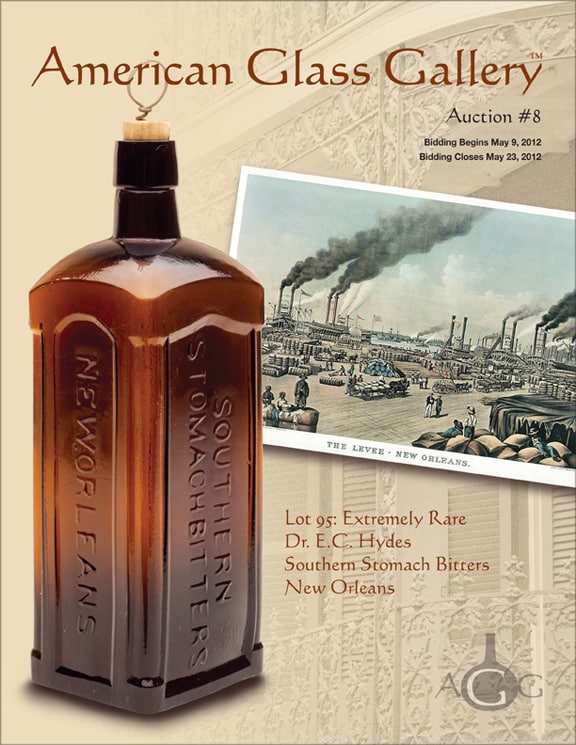 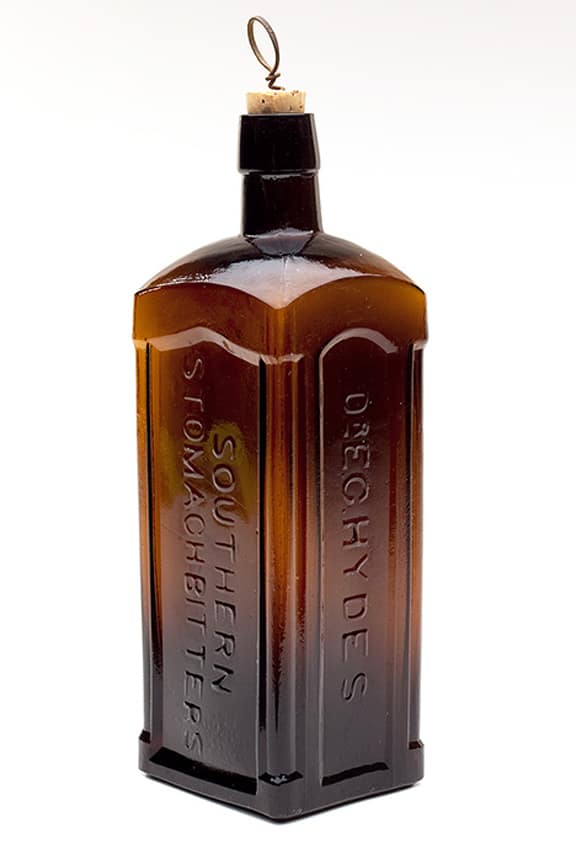 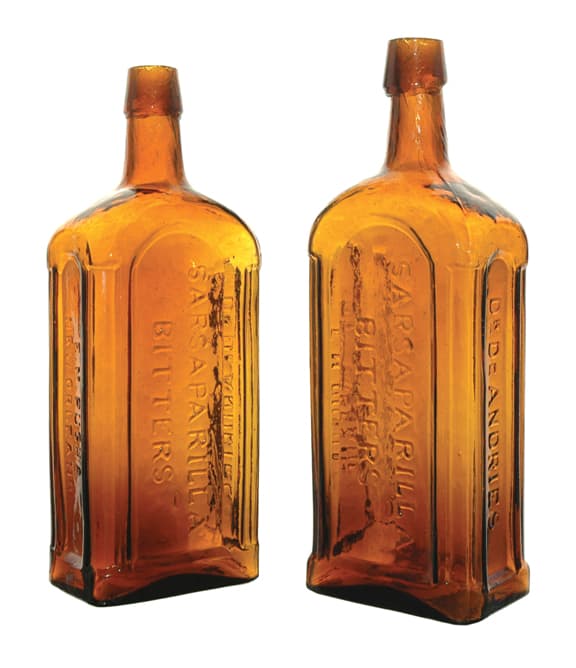 Ferdinand Meyer V is a native of Baltimore, Maryland and has a BFA in Fine Art and Graphic Design from the Kansas City Art Institute and School of Design. Ferdinand is the founding Principal of FMG Design, a nationally recognized design consultation firm. Ferdinand is a passionate collector of American historical glass specializing in bitters bottles, color runs and related classic figural bottles. He is married to Elizabeth Jane Meyer and lives in Houston, Texas with their daughter and three wonderful grandchildren. The Meyers are also very involved in Quarter Horses, antiques and early United States postage stamps. Ferdinand is the past 6-year President of the Federation of Historical Bottle Collectors and is one of the founding members of the FOHBC Virtual Museum.
View all posts by Ferdinand Meyer V →
This entry was posted in Auction News, Bitters, Collectors & Collections, Digging and Finding, Questions and tagged American Glass Gallery, Annihilator, bitters, De Andries, Gout, Hydes, Jenkins, Jim Schmidt, New Orleans, Rheumatism, Sarsaparilla, Southern, Tim Henson. Bookmark the permalink.