Bitter Witch – What a great name!

Bitter Witch – What a great name!

In looking at the latest American Bottle Auctions | Auction #55 I was impressed, as usual, the the variety, depth and presentation of the bottles. That is expected. Next I was drawn to the BITTER WITCH flask which is usually passed by, by many collectors, because some say it did not contain a Bitters product nor does it have the ‘s’ on bitter.

This really doesn’t concern me. This is still a neat flask to collect (you will see pictures of my amber one below). With a double rolled lip and the sensuous flask shape, it is propelled into greatness by the addition of the horseshoe which gracefully follows and compliments the contours of the bottle shape.

the horseshoe usually points downward and it is said that “no witch will pass under it.” 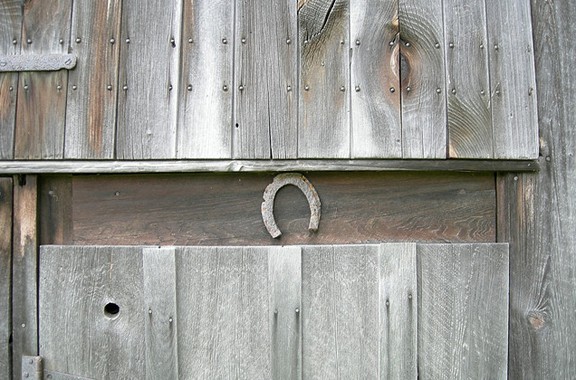 Now a little on the horseshoe. Without a doubt, the most commonly encountered lucky charm in modern North America is the horseshoe. In regions where the horseshoe is placed facing upward, folks believe the horseshoe must point up “or the luck runs out.” In places where it is hung facing downward they say exactly the opposite, “it must point down so the luck can pour onto you.” However, in its function as an amulet for magical protection, especially over the doorways of barns and stables, the horseshoe usually points downward and it is said that “no witch will pass under it.”

The Bitters Witch example in Jeff Wichmann’s auction is a great color as you will see.

The description in the American Bottle Auctions listing is as follows:

BITTER WITCH. Double roll applied collar. Here we have a western bottle that leaves some people scratching their heads. Although it has the name “Bitter”, it also has a horseshoe and is frankly a little odd. An old wives tale notes that witches were at one time afraid of horses and one could nail a horseshoe (open end down) onto their front door to prevent witches from entering their home. We’re not sure if this works, but it couldn’t hurt to try. Whatever the story, there’s nothing odd about the curved “R’s” and this beautiful yellow olive. In addition, it has some nice overall crudity with a double roll collar. A terrific San Francisco bottle, this is as good as they get. Grades a 9.8. See the great video of Jeff describing this bottle. Click Bitter Witch.

I did see some dialog over at Western Bitters News related to a Pratt’s New Life posting that I have noted below:

“I thought I saw an ad many years ago when I was reading an old 1870s Marysville newspaper at the Marysville library, showing Pratt as being the manufacturer or originator of the “Bitter Witch” product. Has anyone else seen something similar showing Pratt being involve with that product?”

“Interesting that you would bring that up. At the Anderson bottle show recently, I was talking to Tom Jacobs who mentioned a Bitter Witch with a full label was shown at the annual Ken Schwartz open house a few years ago. He mentioned that the manufacturer was indeed a well known medicine manufacturer in S.F. but could not recall exactly which one it was. he was going to send me a photo he had taken of the label. When and if I receive it, I will post it. From what he could recall, Bitter Witch was not a bitters or tonic, but a general remedy and cure all. Dale M. 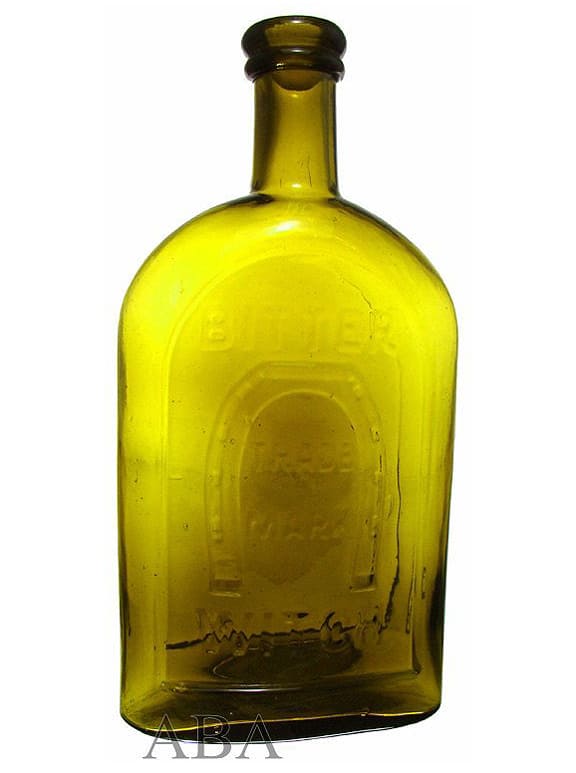 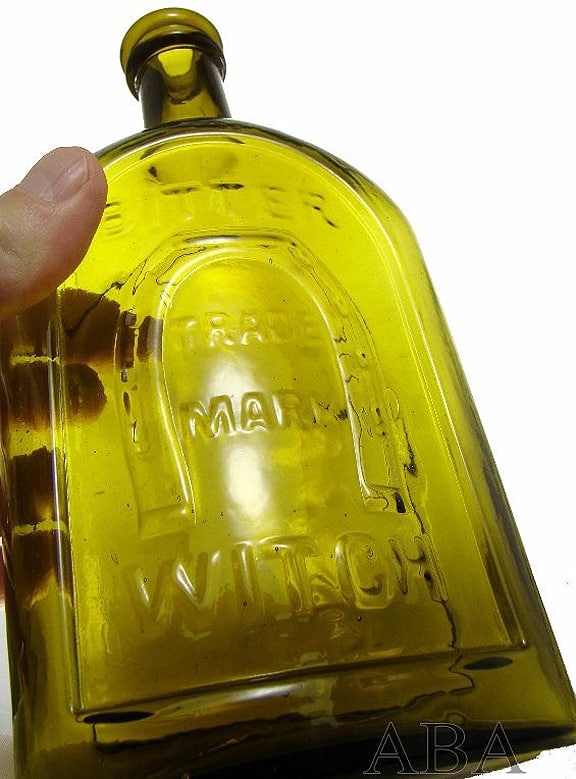 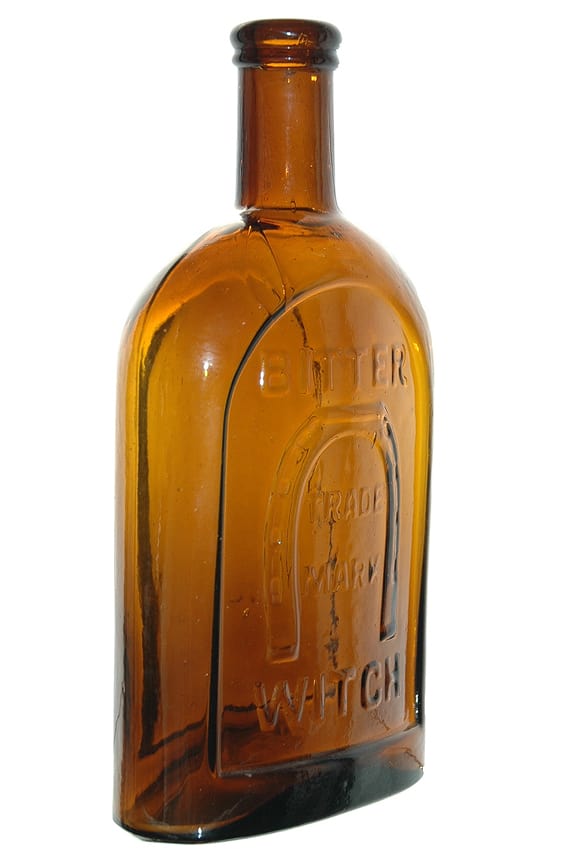 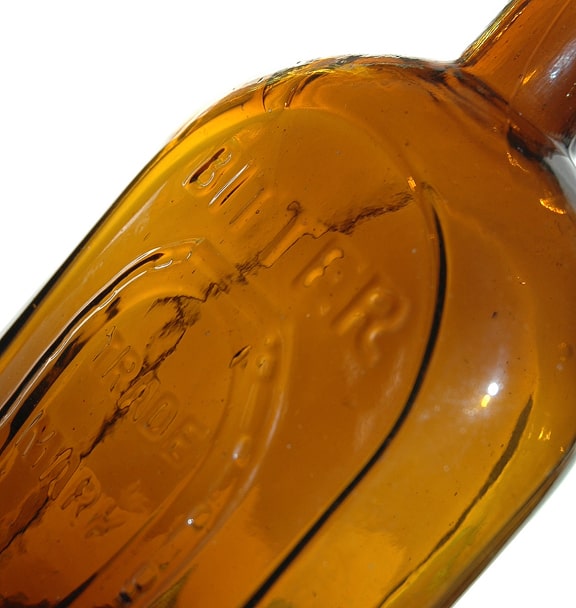 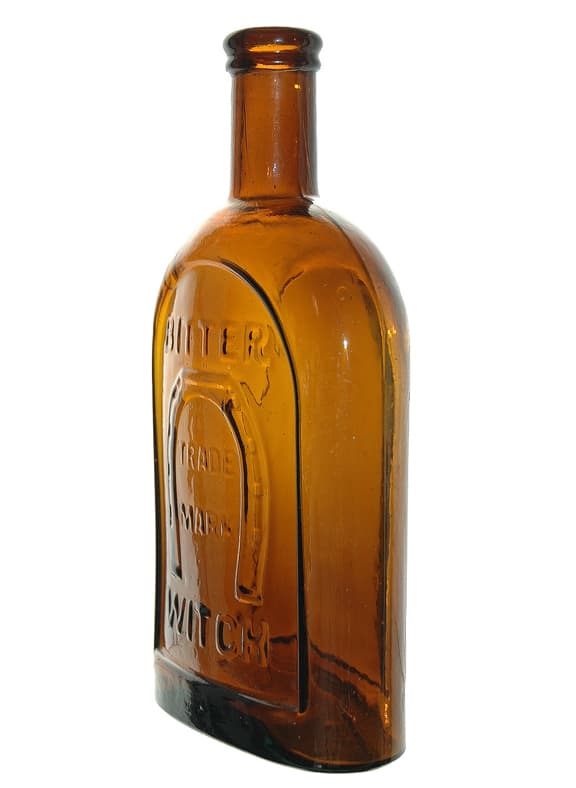 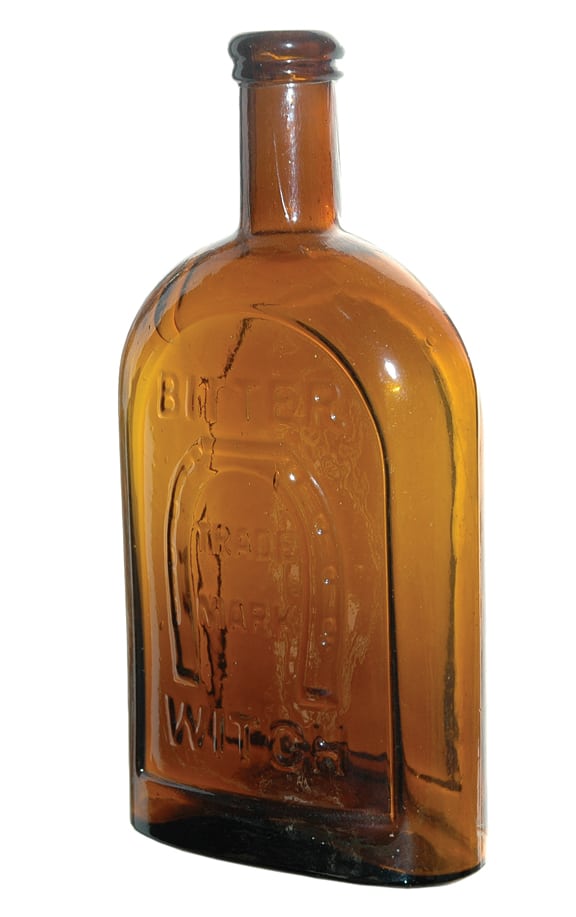 Ferdinand Meyer V is a native of Baltimore, Maryland and has a BFA in Fine Art and Graphic Design from the Kansas City Art Institute and School of Design. Ferdinand is the founding Principal of FMG Design, a nationally recognized design consultation firm. Ferdinand is a passionate collector of American historical glass specializing in bitters bottles, color runs and related classic figural bottles. He is married to Elizabeth Jane Meyer and lives in Houston, Texas with their daughter and three wonderful grandchildren. The Meyers are also very involved in Quarter Horses, antiques and early United States postage stamps. Ferdinand is the past 6-year President of the Federation of Historical Bottle Collectors and is one of the founding members of the FOHBC Virtual Museum.
View all posts by Ferdinand Meyer V →
This entry was posted in Auction News, Bitters, Collectors & Collections, Flasks, Historical Flasks, History and tagged American Bottle Auctions, barn, bitter, Bitter Witch, bitters, Door, horseshoe, Jeff Wichmann, Ken Schwartz, luck, Pratt's New Life, San Francisco, Tom Jacobs, witch. Bookmark the permalink.