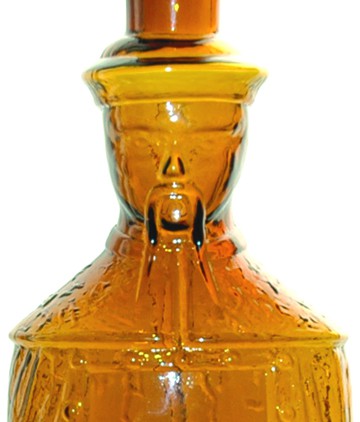 The other night I was asked by Richmond, Virginia collector, Tom Leveille to post a picture of my “Virginia” Bitters in a group. I immediately asked “Does this include West Virginia?” thinking of my figural Chinaman bitters. Tom was not familiar with Ta Tsing Bitters so I developed a post. 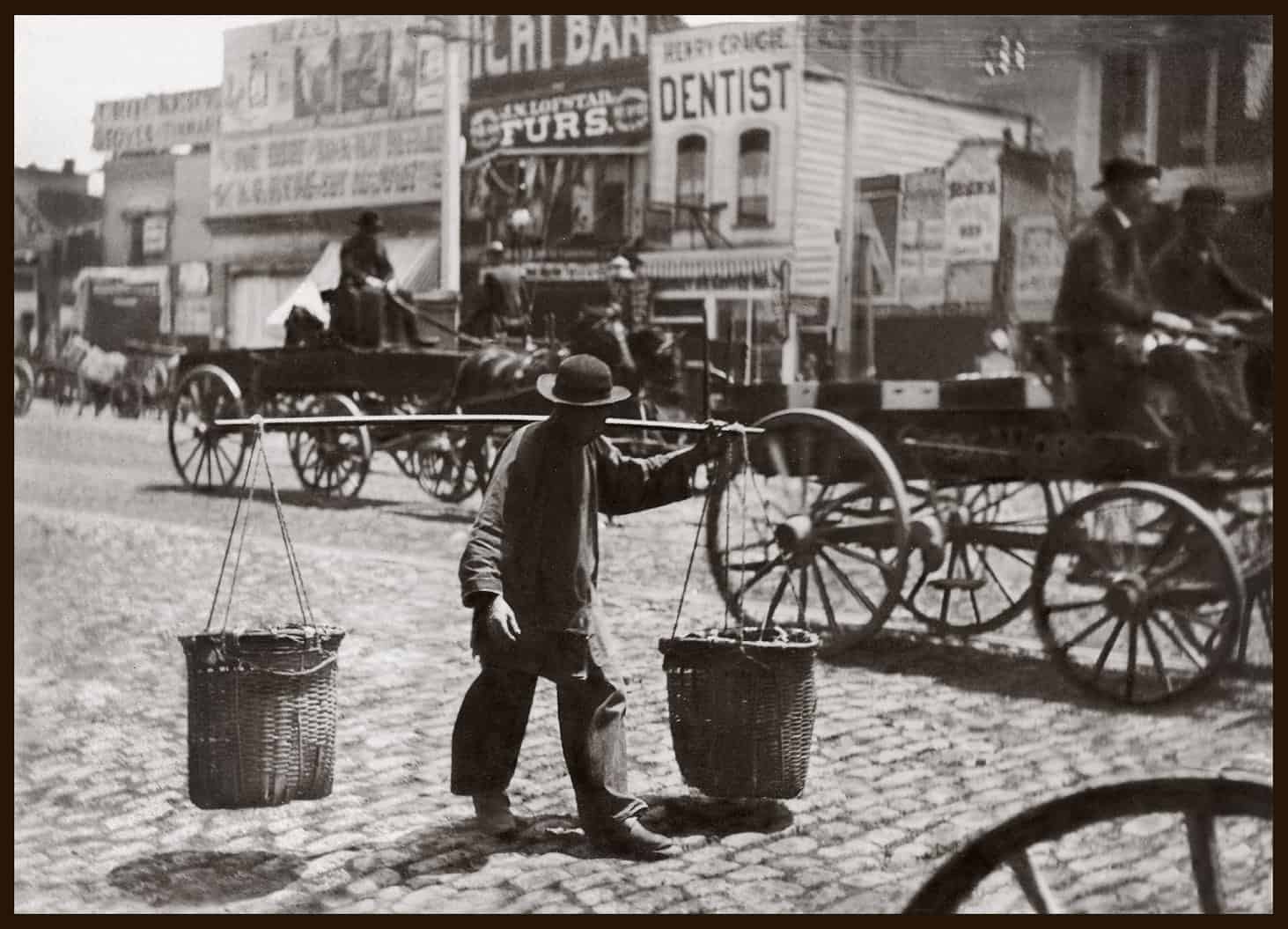 Picture of working Chinaman in San Francisco – circa 1860

Without a doubt, this is one of my top three figural bitters. Introducing “The Chinaman” as it is also affectinately known. This was number #1 on my want list until I was able to obtain the definitive, top example in a private transaction in March 2006. 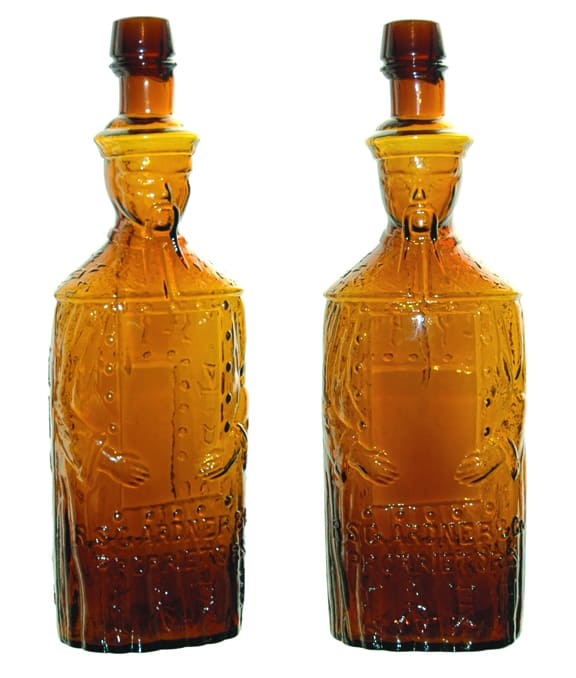 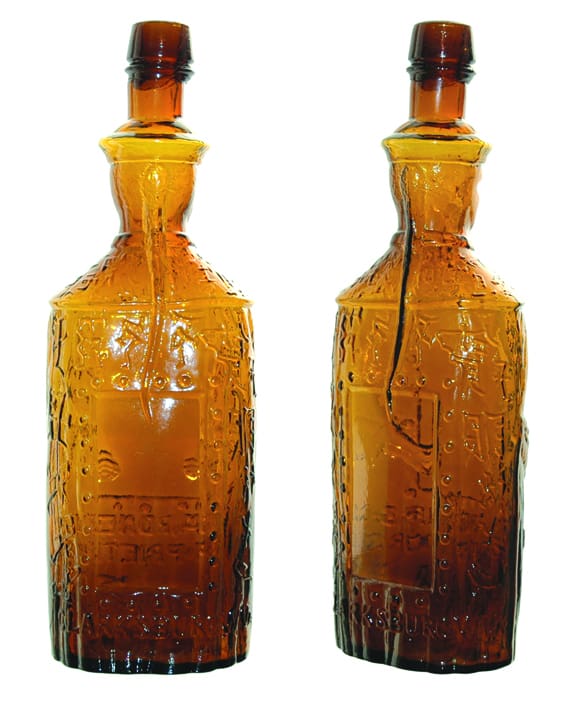 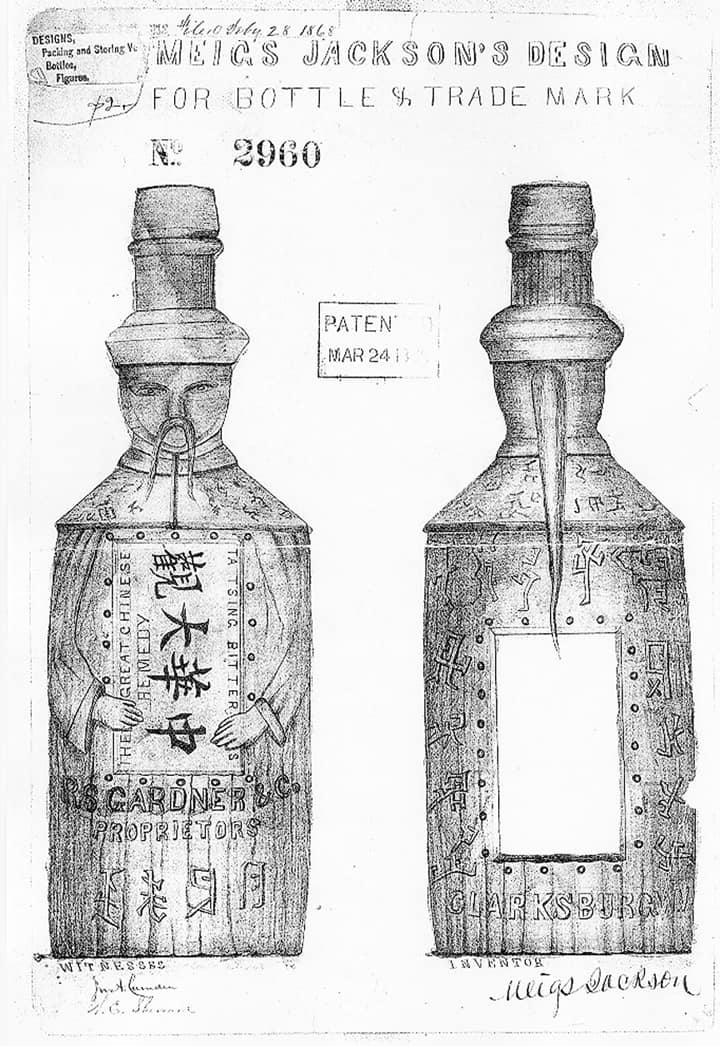 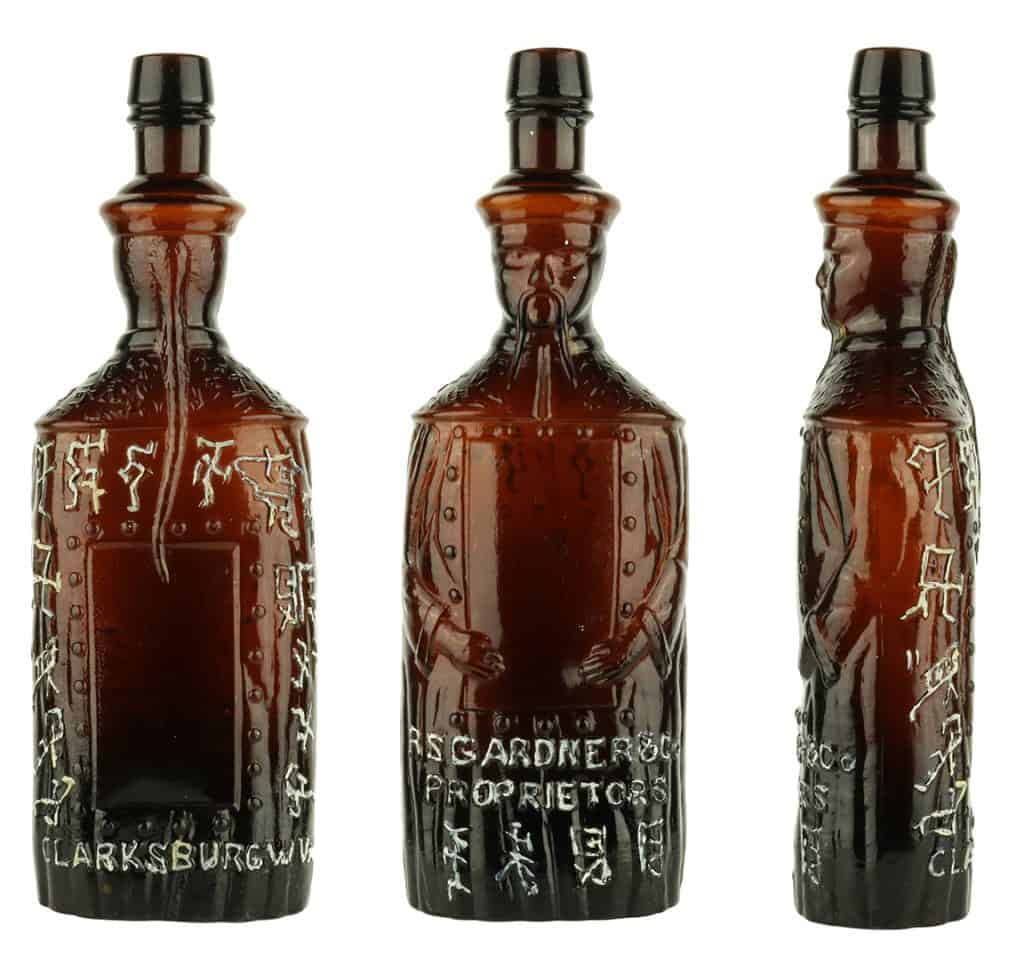 Ferdinand Meyer V is a native of Baltimore, Maryland and has a BFA in Fine Art and Graphic Design from the Kansas City Art Institute and School of Design. Ferdinand is the founding Principal of FMG Design, a nationally recognized design consultation firm. Ferdinand is a passionate collector of American historical glass specializing in bitters bottles, color runs and related classic figural bottles. He is married to Elizabeth Jane Meyer and lives in Houston, Texas with their daughter and three wonderful grandchildren. The Meyers are also very involved in Quarter Horses, antiques and early United States postage stamps. Ferdinand is the past 6-year President of the Federation of Historical Bottle Collectors and is one of the founding members of the FOHBC Virtual Museum.
View all posts by Ferdinand Meyer V →
This entry was posted in Bitters, Collectors & Collections, Figural Bottles and tagged bitters, Chinaman, Chinese, Clarksburg, ferdinand meyer, R.S. Gardner & Co., Ta Tsing, West Virginia. Bookmark the permalink.