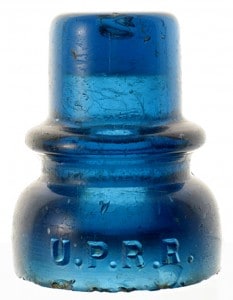 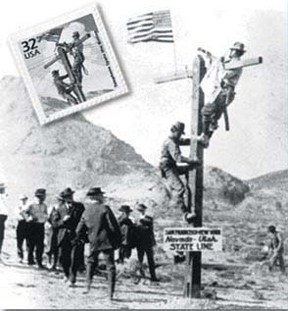 I like juxtaposition in life and contrast. The unexpected beauty of finding and collecting glass insulators has always intrigued me. I wanted to do a post of some interesting historical pictures of telegraph and telephone pictures in a monotone, duotone and sepia tone range to illustrate the environments that these raw and ungainly poles and wires holding beautiful glass existed.

There is obviously so much history associated with insulators. The crossover into railroading also interests me as telegraph lines many times followed railroad paths. 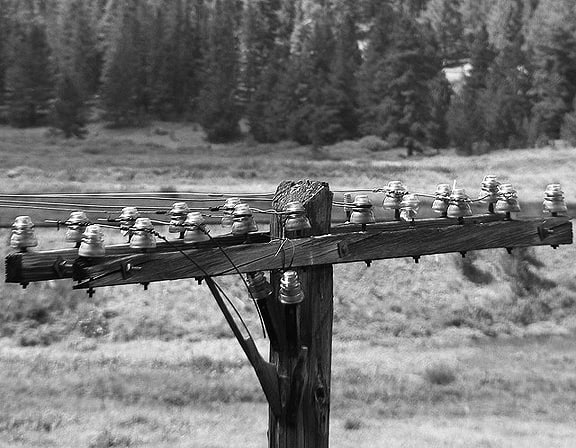 Shortly after the telephone began to grow in popularity, telephone and telegraph lines started to criss cross the country. These glass or ceramic “insulators” would protect the wires when joined to a telephone pole. 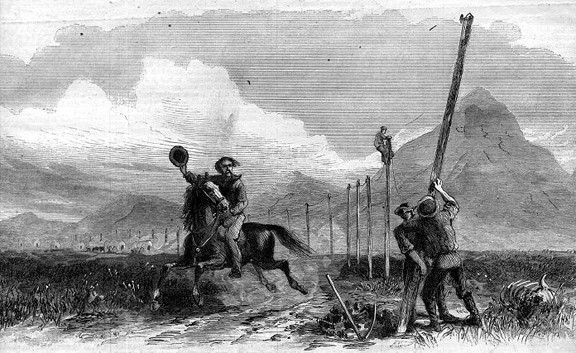 The Pony Express bridged the gap between the East and West sections during construction. The Overland Pony Express – Harper’s Weekly, November 2, 1867 – Photographed by Savage, Salt Lake City – From a Painting by George M. Ottinger. 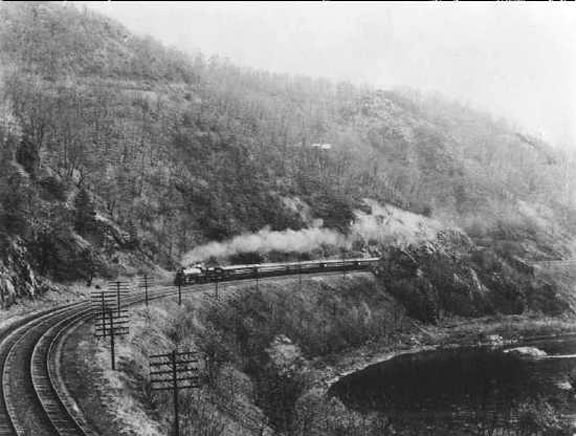 Reading Railroad in the steam era, ca. 1950, and we guess those telegraph line were still in service. 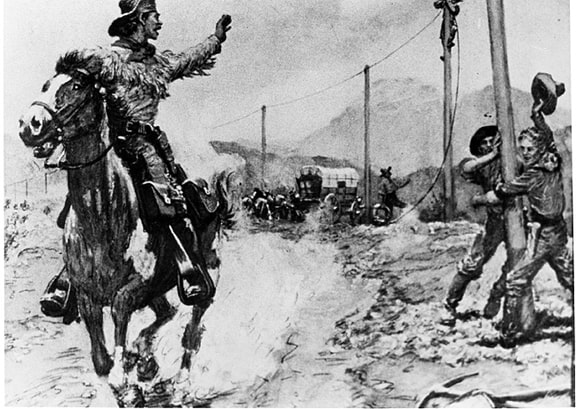 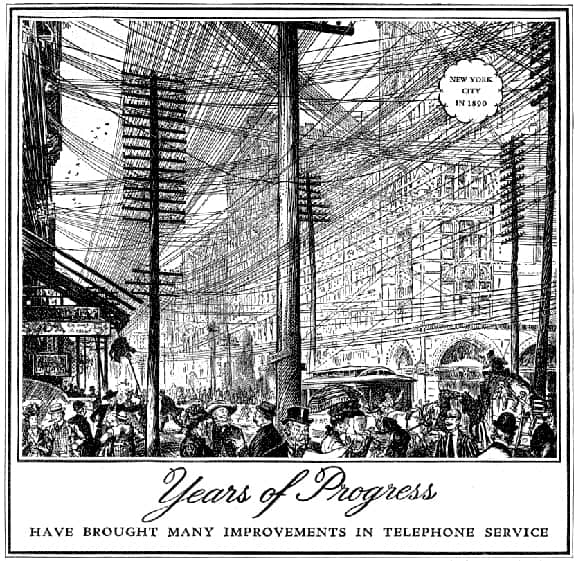 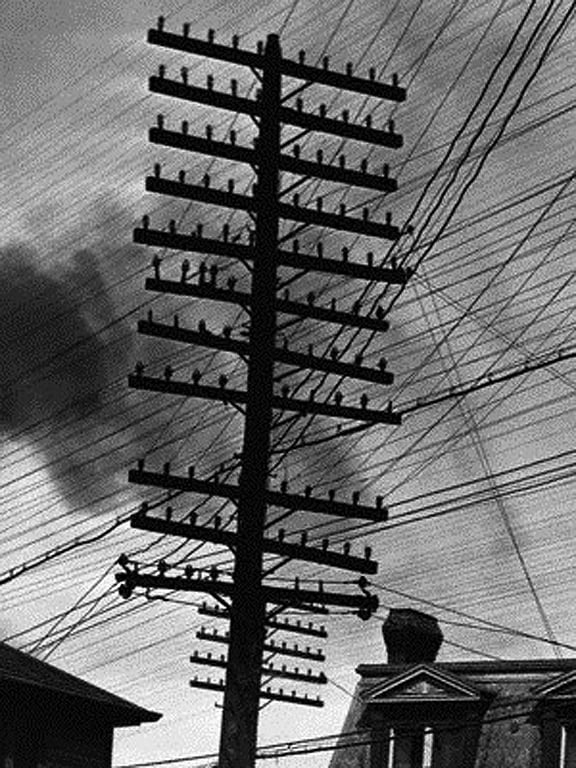 I would think that there would be enough wires for a full squadron of birds to gather on this pole. 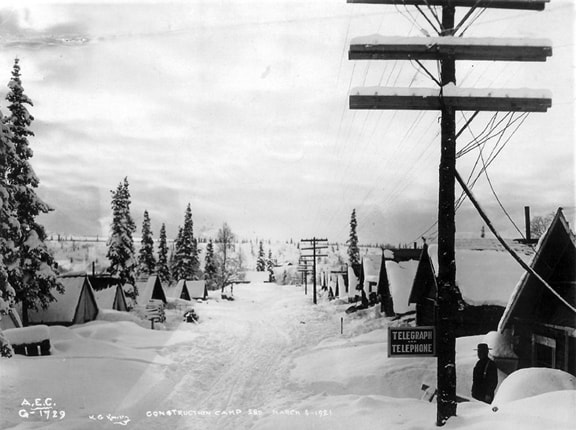 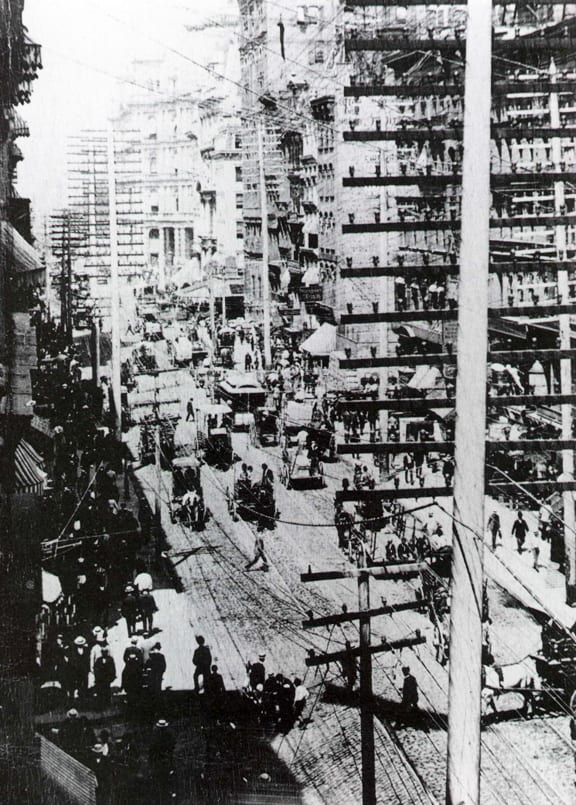 Phone lines of Days Gone By 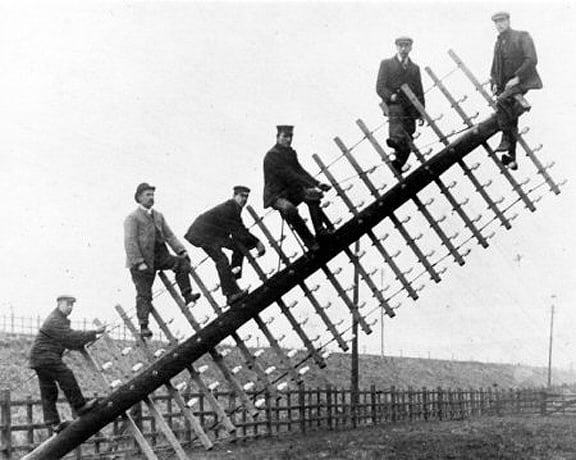 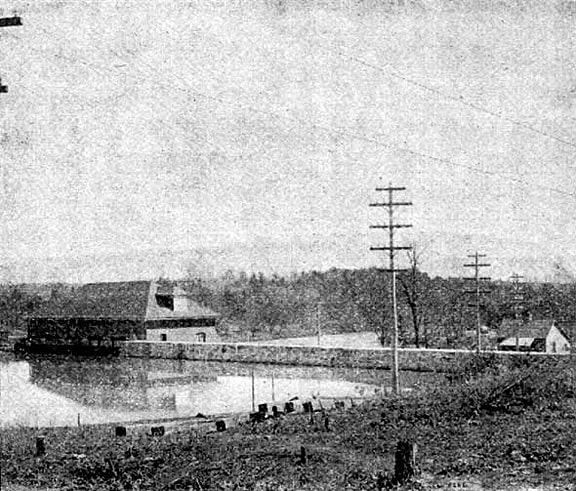 Photo taken in 1896 of the Lower Hydroelectric Dam and outbound transmission line to Pelzer. From Electrical World, Saturday, March 14, 1896 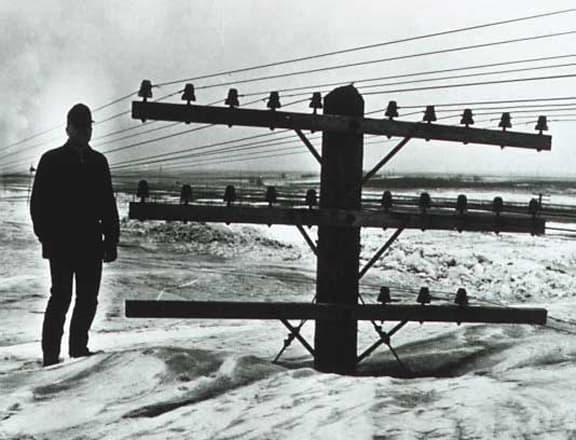 A man stands near a utility pole in North Dakota, March 9, 1966. A spring blizzard produced snow so deep that it nearly buried the utility poles. (Source: NOAA/Department of Commerce. Courtesy of the Historic National Weather Service Collection.) 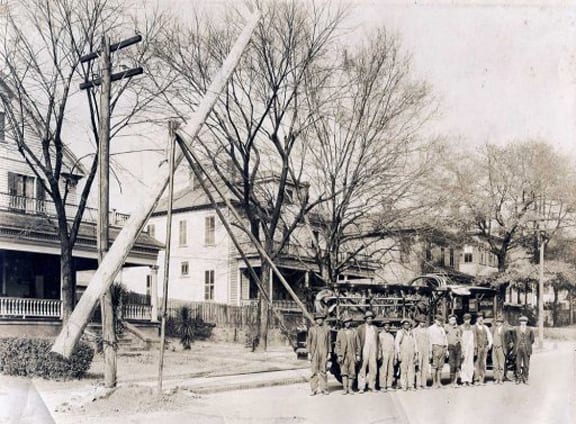 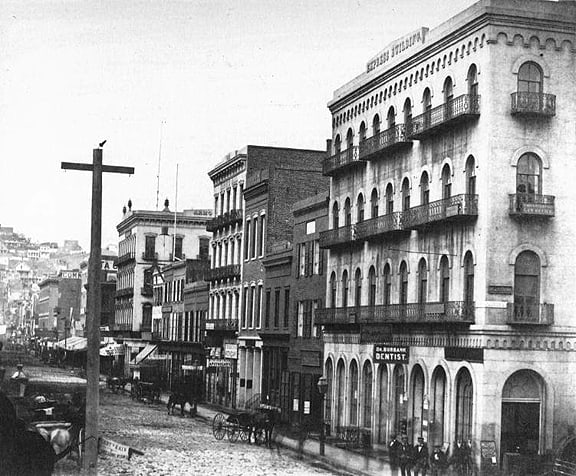 “East Side of Montgomery Street” Plate 20 from Fardon’s San Francisco Album, published 1856. This is a view (dated July 1855 by de Fremery) looking north on the east side of Montgomery Street above California. This is the sole plate which captures any telegraphy of the time. The pole has what appears to be a Batchelder mounted at the top, with two ramshorns on a crossarm hanging below. In the right foreground is the Express Building (look at the roofline), the headquarters of Wells Fargo in 1854 and 1855. 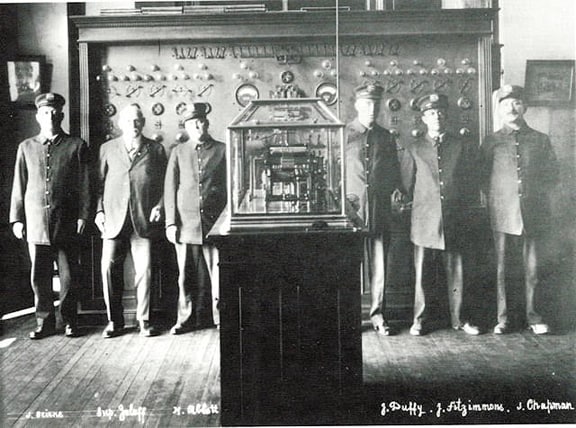 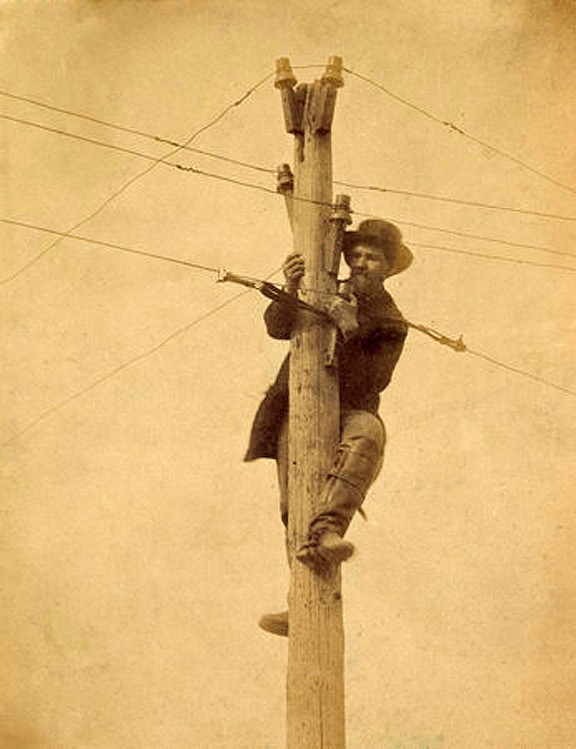 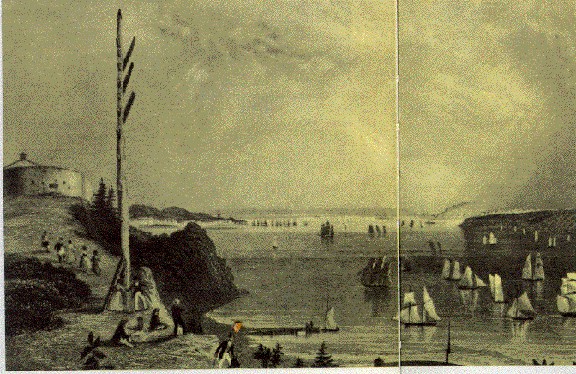 Staten Island gets its first magnetic telegraph line – circa 1860 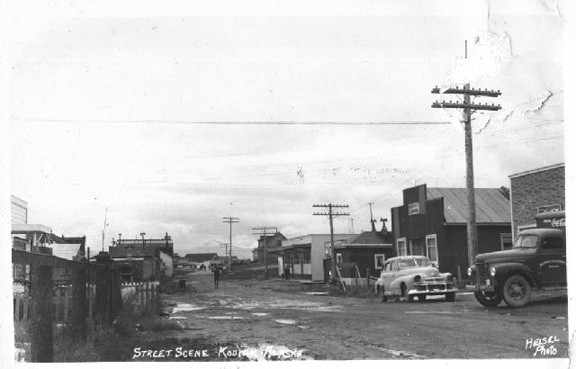 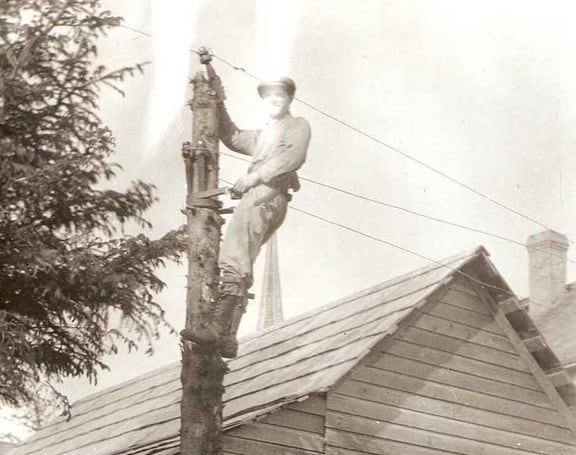 Photograph taken in Hesquiat in 1912 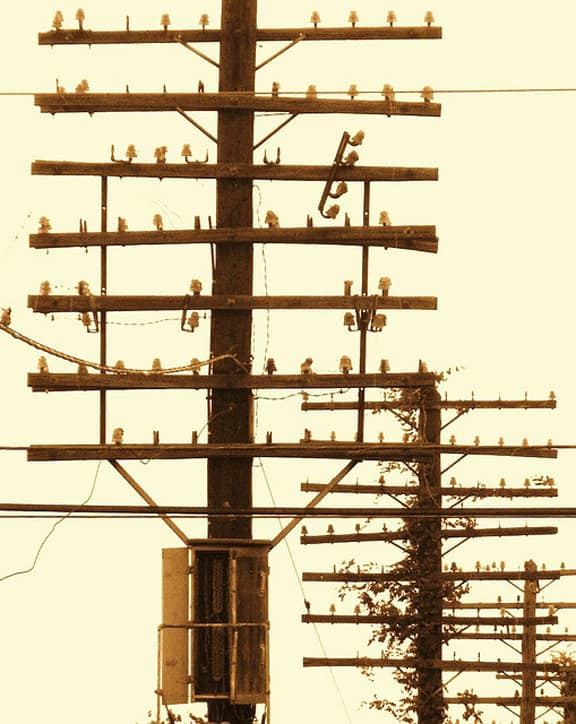 A nice sepia-tone of telegraph lines. Look at all those insulators. 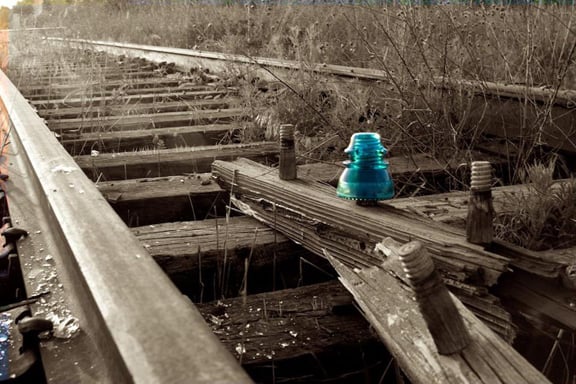 Ferdinand Meyer V is a native of Baltimore, Maryland and has a BFA in Fine Art and Graphic Design from the Kansas City Art Institute and School of Design. Ferdinand is the founding Principal of FMG Design, a nationally recognized design consultation firm. Ferdinand is a passionate collector of American historical glass specializing in bitters bottles, color runs and related classic figural bottles. He is married to Elizabeth Jane Meyer and lives in Houston, Texas with their daughter and three wonderful grandchildren. The Meyers are also very involved in Quarter Horses, antiques and early United States postage stamps. Ferdinand is the past 6-year President of the Federation of Historical Bottle Collectors and is one of the founding members of the FOHBC Virtual Museum.
View all posts by Ferdinand Meyer V →
This entry was posted in History, Insulators, Photography and tagged ceramic, Glass, Insulators, Pony Express, Reading Railroad, telegraph, telephone. Bookmark the permalink.