What is an Arabesque Drakes Plantation Bitters?

What is an Arabesque Drakes Plantation Bitters?

There was a nice grouping of them (I believe six or so) in the last Glass Works Auction (I pictured two GW bottles below). See related article: One of the Crudest Drakes You Will Ever See 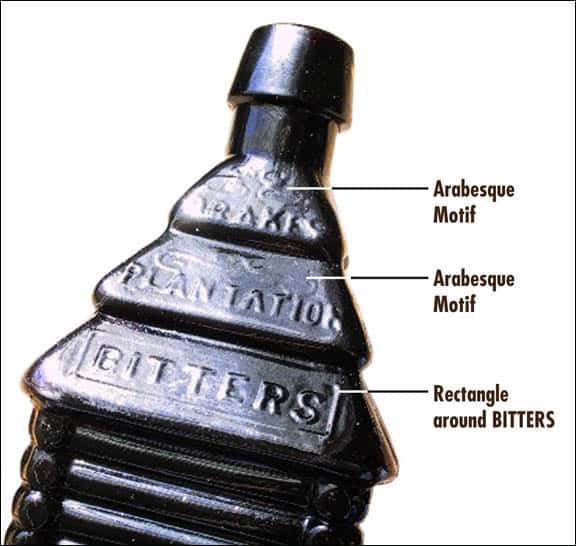 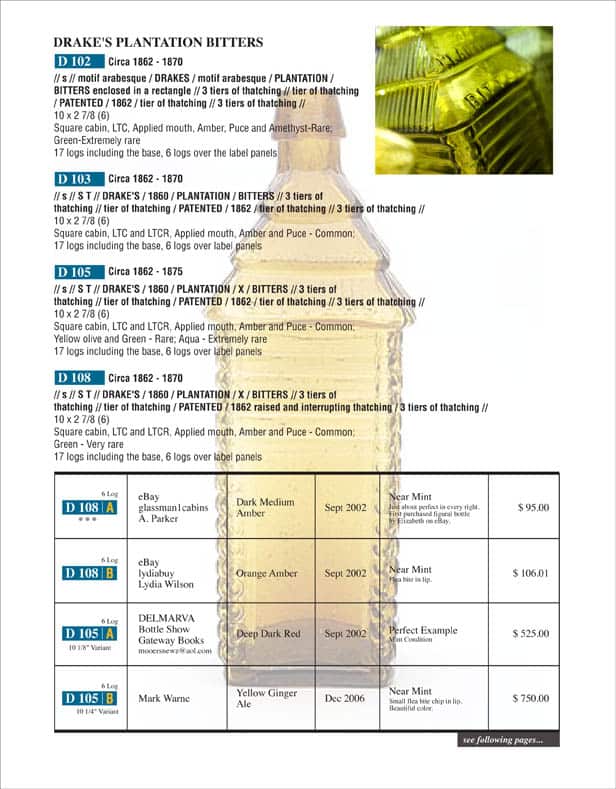 From the great web site of Jeff and Holly Noordsy. These next two (2) pictures and copy description is from a bottle that was sold on their web site. I think the color and embossing of the Arabesque Drakes is spectacular. The bottle story is cool too!

[From Jeff and Holly Noordsy] Over years there has been some question as to the appropriateness of the term “attic mint” but in this instance, the usage cannot be questioned. While working on a job site in central New Hampshire a local friend had the unenviable task of tearing out a plaster and lath 2nd floor ceiling. Perhaps owing to the odious nature of the job good fortune smile on him when out tumbled a half-dozen bottles, including a GVIII-16 sunburst (which he will not part with) and this beautiful arabesque Drakes. Although it is not my preference to do so, I decided to “clean” the bottle in hopes of determining the color (a “before” picture is included) and the purists among you will be happy to hear that I saved both labels (which will be included in the listed price) while at the same time revealing a startlingly beautiful yellow bottle with strong apricot tones. Arabesque Drakes in this color are RARE and although the bottle literally bounced on the floor when it fell from the attic, it survived with nary a scratch. 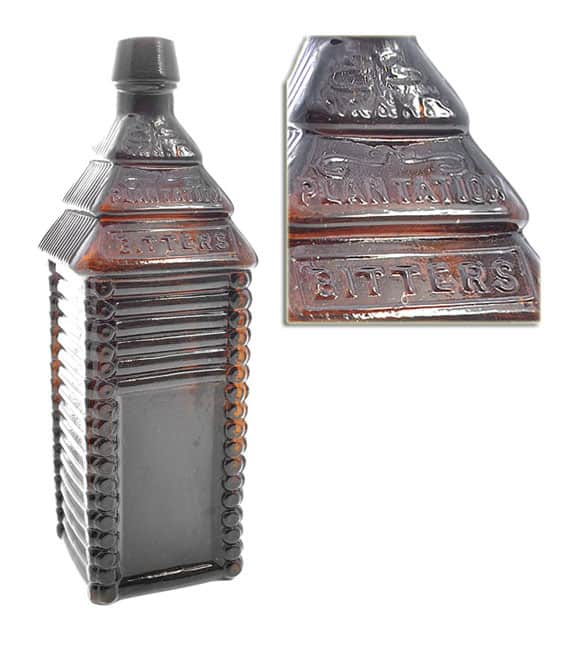 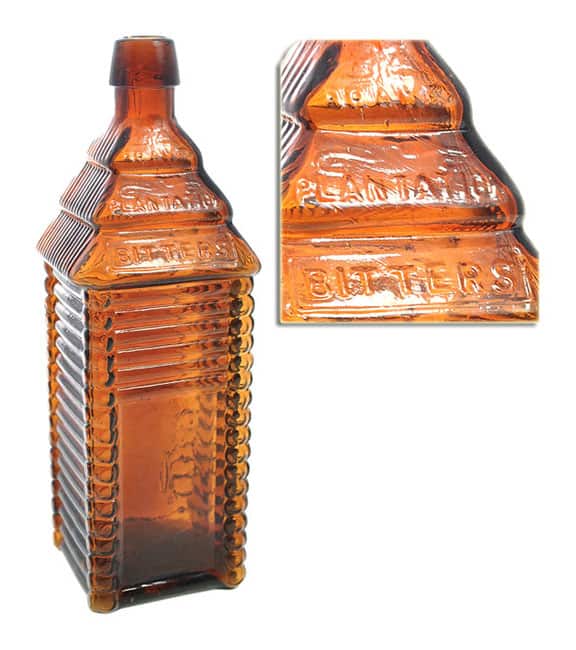 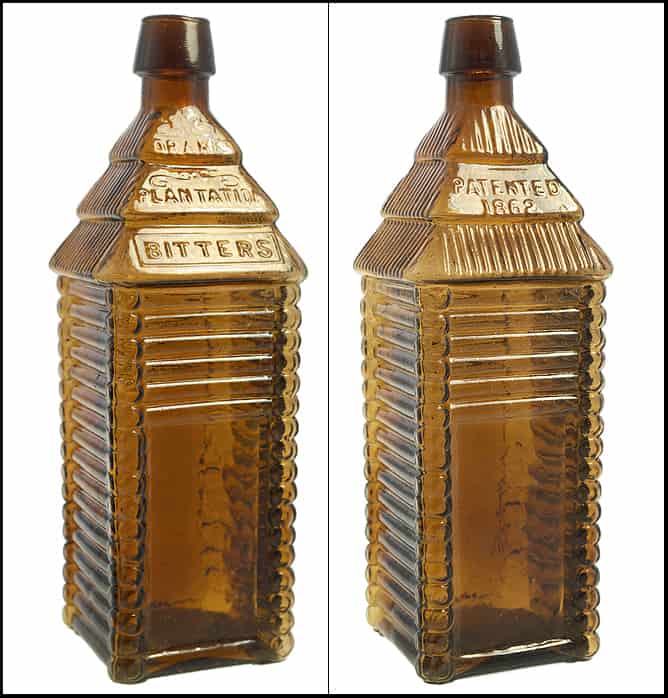 (Motif Arabesque) / “ST / DRAKE’S / PLANTATION / BITTERS – PATENTED / 1862”, (Ring/Ham, D-102), New York, ca. 1862 – 1875, light pinkish topaz 6-log cabin, 10”h, smooth base, applied tapered collar mouth. Pristine, brilliant glass, highly whittled, scarce and desirable arabesque variant. Because of the detail of the embossing, the arabesque Drake’s have always commanded a premium price. Over the years we have sold a reasonable number, but none in this spectacular color! In our opinion this is the finest example, and finest color, of any we’ve had the privilege of offering. – Glass Works Auctions #105

Ferdinand Meyer V is a native of Baltimore, Maryland and has a BFA in Fine Art and Graphic Design from the Kansas City Art Institute and School of Design. Ferdinand is the founding Principal of FMG Design, a nationally recognized design consultation firm. Ferdinand is a passionate collector of American historical glass specializing in bitters bottles, color runs and related classic figural bottles. He is married to Elizabeth Jane Meyer and lives in Houston, Texas with their daughter and three wonderful grandchildren. The Meyers are also very involved in Quarter Horses, antiques and early United States postage stamps. Ferdinand is the past 6-year President of the Federation of Historical Bottle Collectors and is one of the founding members of the FOHBC Virtual Museum.
View all posts by Ferdinand Meyer V →
This entry was posted in Bitters, Figural Bottles, Questions and tagged Arabesque, bitters, Drakes, Holly Noordsy, Jeff Noordsy, Plantation. Bookmark the permalink.

9 Responses to What is an Arabesque Drakes Plantation Bitters?