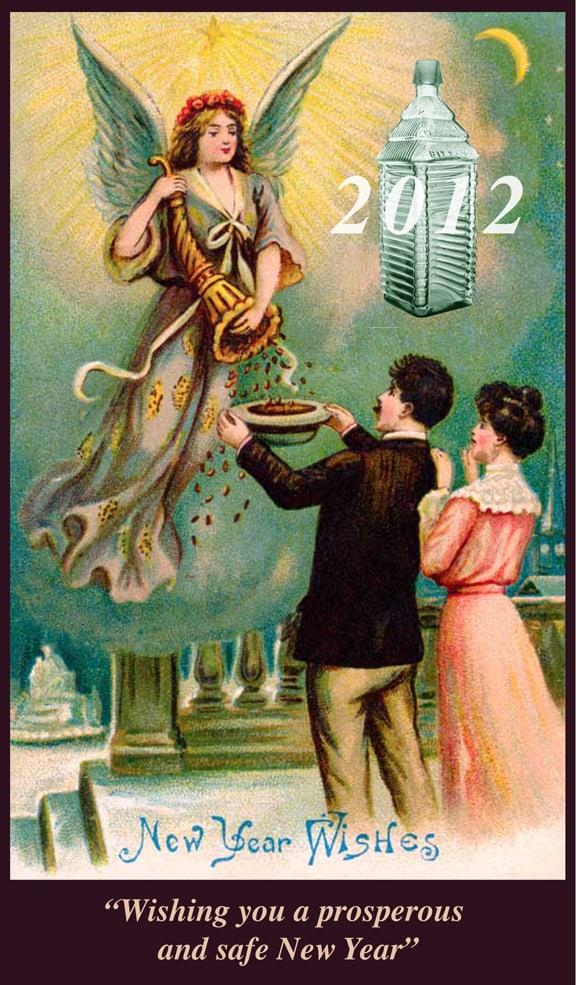 [from Wikipedia] The New Year is the day that marks the time of the beginning of a new calendar year, and is the day on which the year count of the specific calendar used is incremented. For many cultures, the event is celebrated in some manner. The New Year of the Gregorian calendar, today in worldwide use, falls on 1 January, continuing the practice of the Roman calendar. There are numerous calendars that remain in regional use that calculate the New Year differently.

The order of months in the Roman calendar has been January to December since King Numa Pompilius in about 700 BC, according to Plutarch and Macrobius. According to the Christian tradition, 1 January is the day of the circumcision of Jesus (on the eighth day of his birth), when the name of Jesus was given to him (Luke 2:21). It was only relatively recently that 1 January became the first day of the year in Western culture. Upto 1751 in England and Wales (and all the British King’s dominions) the new year started on 25 March – Lady Day, one of the four quarter days (the change to 1 January took place in 1600 in Scotland). Since then, 1 January has been the first day of the year. During the Middle Ages several other days were the first (1 March, 25 March, Easter, 1 September, 25 December).

Ferdinand Meyer V is a native of Baltimore, Maryland and has a BFA in Fine Art and Graphic Design from the Kansas City Art Institute and School of Design. Ferdinand is the founding Principal of FMG Design, a nationally recognized design consultation firm. Ferdinand is a passionate collector of American historical glass specializing in bitters bottles, color runs and related classic figural bottles. He is married to Elizabeth Jane Meyer and lives in Houston, Texas with their daughter and three wonderful grandchildren. The Meyers are also very involved in Quarter Horses, antiques and early United States postage stamps. Ferdinand is the past 6-year President of the Federation of Historical Bottle Collectors and is one of the founding members of the FOHBC Virtual Museum.
View all posts by Ferdinand Meyer V →
This entry was posted in Bitters, Figural Bottles, Holiday and tagged 2012, New Years, prosperous. Bookmark the permalink.