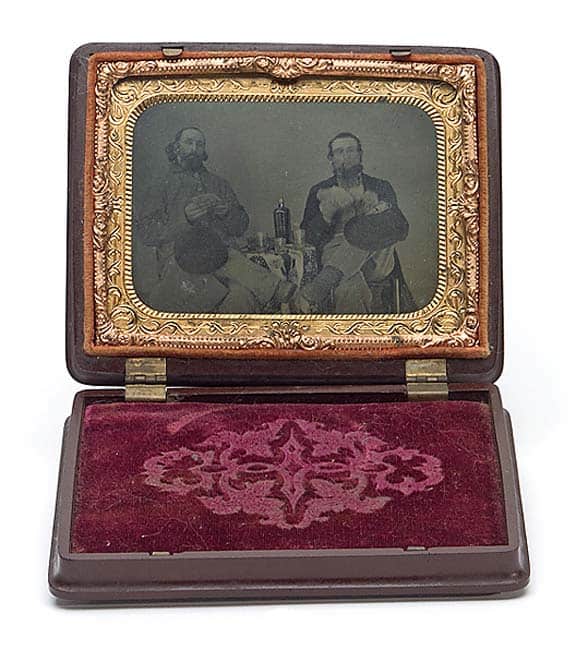 Jeff Noordsy (visit Jeff and Holly Noordsy website) sent me this really cool tintype picture. I added my only example of a Turner Brothers square though I have a run of Turner Brothers barrels. My example came from American Bottle Auction 43 (Grapentine III), Lot #863, December 2007. 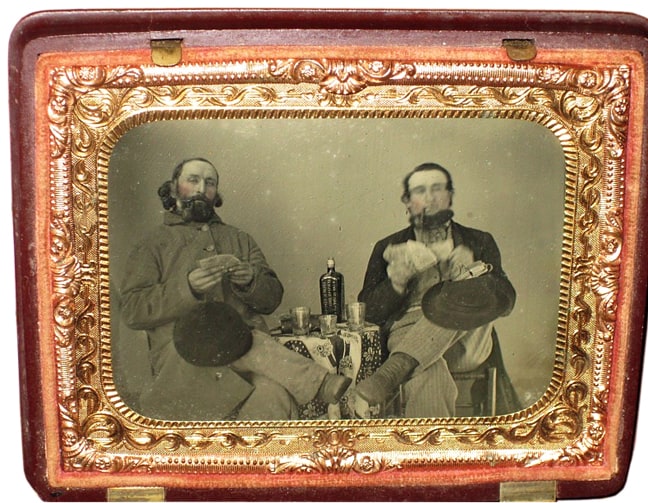 The Carlyn Ring and W.C. Ham listing in Bitters Bottles for the square is as follows:

There are at least two different variants of this embossing often referred to as the “Three line variant”. These bottles were used for bitters and other products. Buffalo Directory 1859, Oroville, California newspaper 1865.

Label: Portraits of three men at top and bottom of the label. Two…of a wine-glassful taken three times a day is certain remedy for dyspepsia, will remove all Biliousness from the Stomach, prevent the engendering of Fever and Ague, Give a … and strengthen the whole system. Prepared by Turner Bros. New York, Buffalo San Francisco.

Note: The Turner Brothers were listed as soda water manufacturers as early as 1850 in Buffalo New York. By 1853 they had opened a branch depot in San Francisco and were listed as syrup and cordial manufacturers. By 1858 they are pushing their Ginger Wine, Forest Wine Bitters and a Vegetable Bitters in newspaper advertising. Even though the Turner’s manufactured many products, most Western collectors believe that the Turners bottle contained the Forest Wine Bitters product. It would be my guess that the bottle was used for all of the products that they marketed. Just slap a different paper label on the old square for whatever the contents and you were good to go! 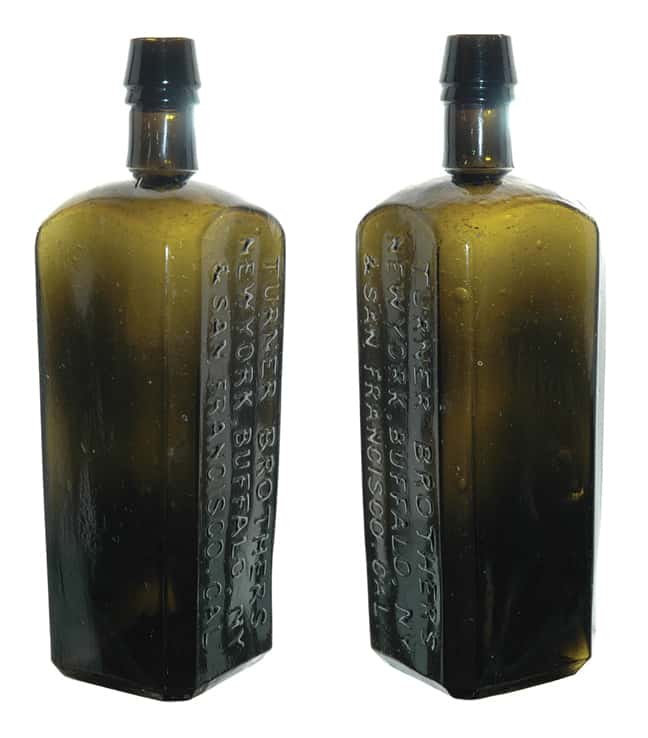 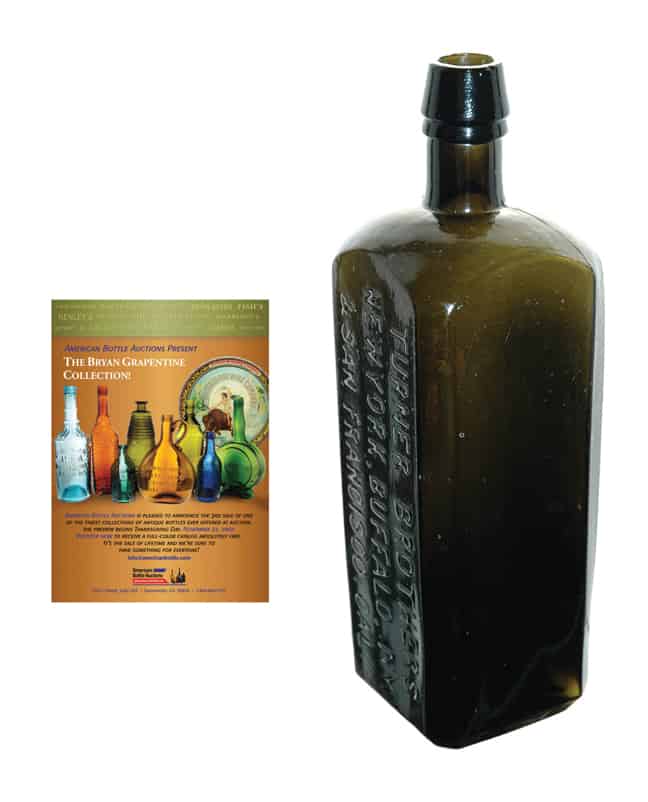 Ferdinand Meyer V is a native of Baltimore, Maryland and has a BFA in Fine Art and Graphic Design from the Kansas City Art Institute and School of Design. Ferdinand is the founding Principal of FMG Design, a nationally recognized design consultation firm. Ferdinand is a passionate collector of American historical glass specializing in bitters bottles, color runs and related classic figural bottles. He is married to Elizabeth Jane Meyer and lives in Houston, Texas with their daughter and three wonderful grandchildren. The Meyers are also very involved in Quarter Horses, antiques and early United States postage stamps. Ferdinand is the past 6-year President of the Federation of Historical Bottle Collectors and is one of the founding members of the FOHBC Virtual Museum.
View all posts by Ferdinand Meyer V →
This entry was posted in Bitters, Ephemera, History, Spirits, Utility Bottles and tagged Jeff Noordsy, Meyer Collection, Tintype, Turner Brothers. Bookmark the permalink.