Sneaking in some digging before Hurricane Irene 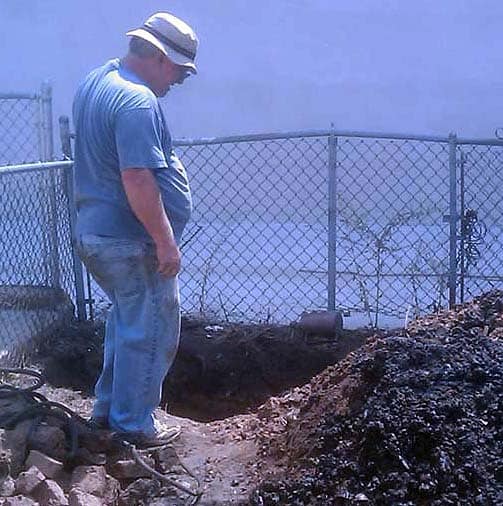 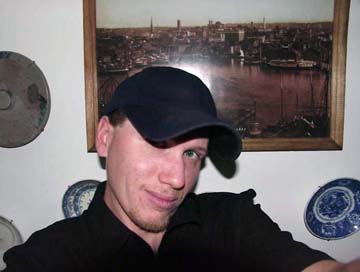 We got out Wednesday for a dig since we figured the weekend was going to be shot due to Irene. We started out on the east side of Baltimore and found a recently boarded up house near Johns Hopkins hospital. They have been buying up the neighborhood around them for about 5 years now and demolishing blocks of houses. Mostly 1870s-1890s which is a bit newer then I like to dig. But there are a few rows of earlier 1860s houses mixed in the area. These I always dig when the opportunity arises, as there is lots of good 1860s Baltimore glass, and good glass in general from all over the country. And with Baltimore being a major port we find stuff from all over.

But this first house was likely built right about 1860. I have dug a bout half this row of houses and most of the pits produced early 1860s bottles and artifacts in the bottom. This pit was no exception however it was quite a bit shallower then the others we have dug in this row. This one being only about 5 feet deep, the others where about 7 feet deep. Being this was the only privy in the yard it was used until about 1910 when the city finally finished its sewer system. So this pit saw its share of dipping over the 50 or so years it was in use. But luckily the dippers left a few bottles dating from the 1860s-1900. The best find was a small redware ink but over all most of the bottles were unembossed baking powder types. We also found an early J&IEM turtle ink and a crude quart aqua master ink from the 1870s. The only real crier in the pit was a crushed Spring Garden Glass Works half pint flask, glad it was just an aqua example. It really hurts when you see a good colored flask broken.

After we finished this pit and filled it in we headed over to the west side of town to check out a construction project. They were in the process of digging a large hole for a new storm drain system. They were still working when we drove by so we headed farther west and ended up looking at an empty lot where some 1880s houses once stood. Again much newer then I would like to dig, but we needed to kill a few hours until the workers on the construction site finished up for the day. So I started probing on this empty lot and found a small pit on the back property line. We started digging it and found it to be a barrel lined privy. This one again was about 5 feet deep and had about a foot of 1890s-1900 era artifacts in the bottom. We had it dug and filled back in a couple hours. This pit produced a couple common beers and inks but was really devoid of decent bottles.

After we finished up on the empty lot it was late enough to go back to the construction site. We walked on the site and gave it a quick going over but they hadn’t exposed any undug privies today. So we moved on and saw a recently demolished 1840s house a few blocks away. But unfortunately we had missed this one as it appeared to have been dug over the weekend by another team of diggers. The pit looked to have been good age judging by the shards they left laying around. I will ask around and find out who dug this one and what they found. here are some pictures I took of the two privies we dug today. 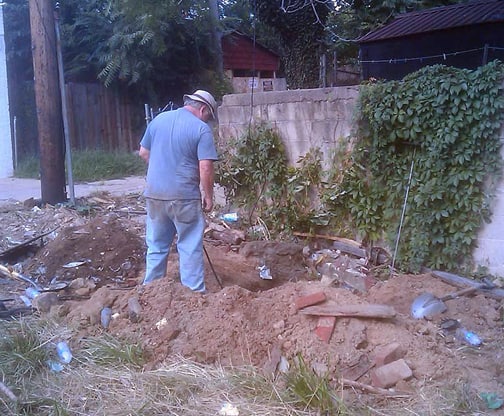 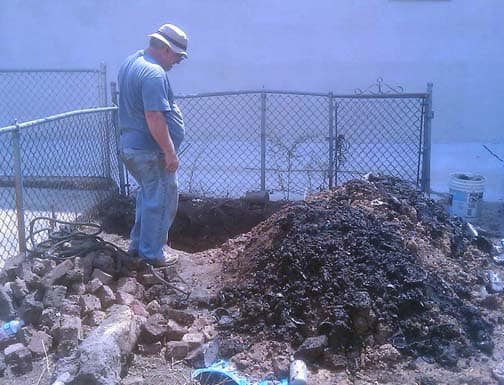 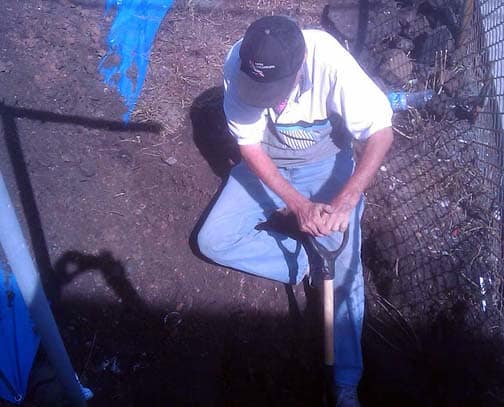 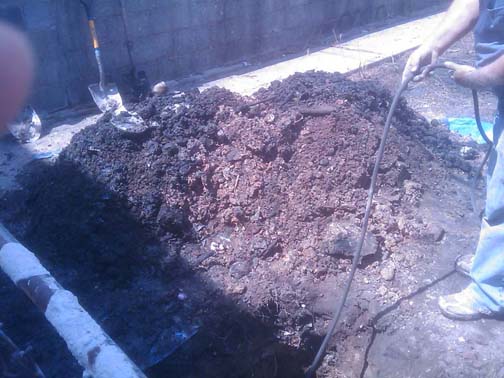 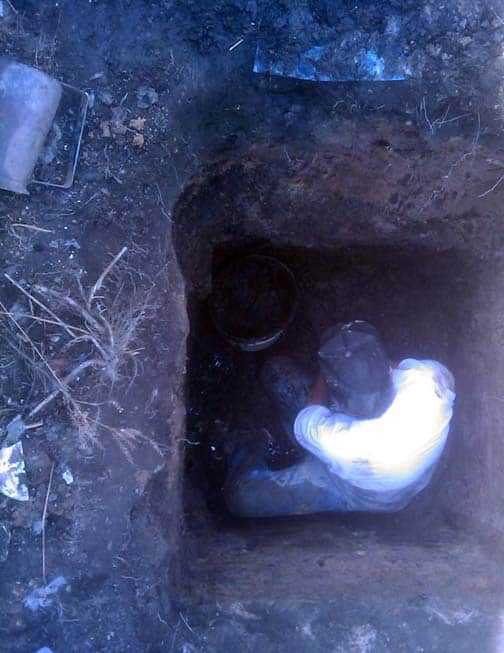 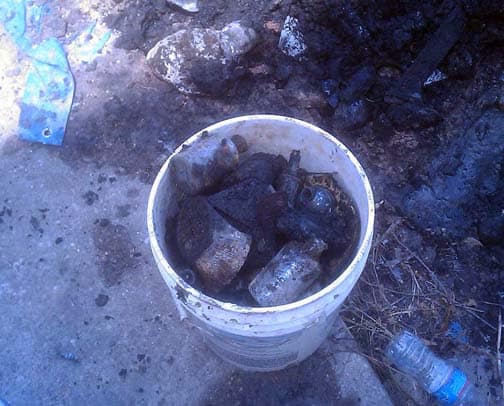 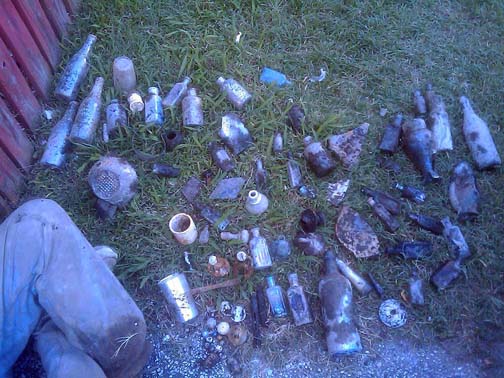 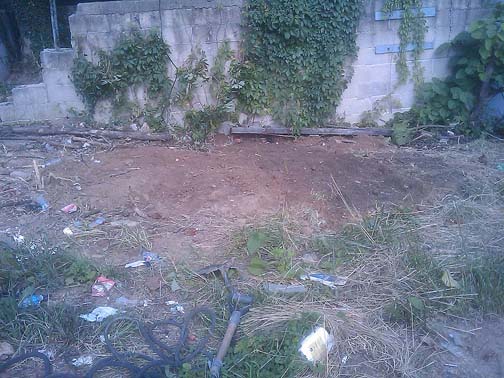 Ferdinand Meyer V is a native of Baltimore, Maryland and has a BFA in Fine Art and Graphic Design from the Kansas City Art Institute and School of Design. Ferdinand is the founding Principal of FMG Design, a nationally recognized design consultation firm. Ferdinand is a passionate collector of American historical glass specializing in bitters bottles, color runs and related classic figural bottles. He is married to Elizabeth Jane Meyer and lives in Houston, Texas with their daughter and three wonderful grandchildren. The Meyers are also very involved in Quarter Horses, antiques and early United States postage stamps. Ferdinand is the past 6-year President of the Federation of Historical Bottle Collectors and is one of the founding members of the FOHBC Virtual Museum.
View all posts by Ferdinand Meyer V →
This entry was posted in Digging and Finding, History, News and tagged Baltimore, Chrus Rowell, Digging, Hurricane Irene, Johns Hopkins. Bookmark the permalink.