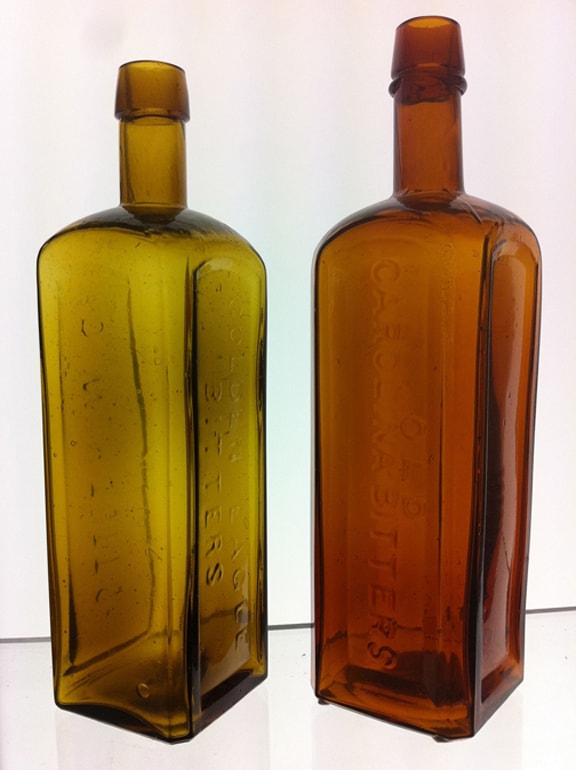 My business trip to Augusta, Georgia this past week allowed me to visit and see the collections of Bill Baab and Mike Newman. (Note: The collection posts are separate). Hidden away from the great cures, flasks and soda waters, I spotted two (2) extremely rare Bitters squares from Augusta and Charleston. These are great bottles that I have not seen before. A real treat for me. 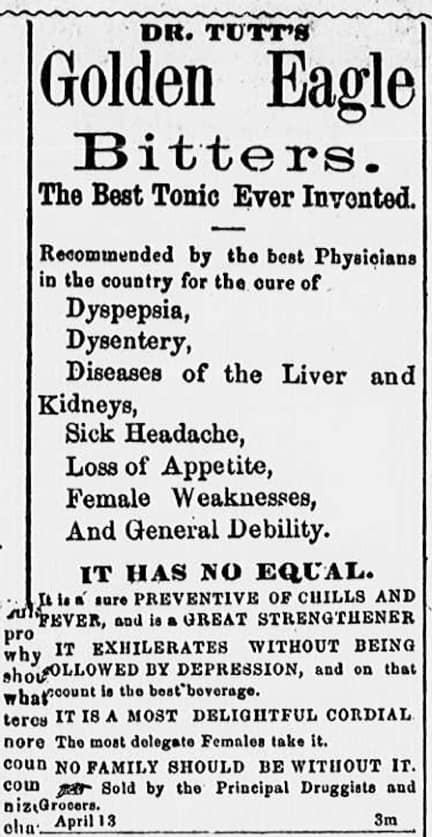 William H. Tutt was born in Augusta, Georgia on August 31, 1823 and was a wealthy druggist and prominent physician in the south. He would graduate from the Augusta Medical College and later amass a sizable fortune as he became a manufacturer of patent medicines in both Augusta and New York City.

He would sell his concoctions by using well-placed advertisements in national newspapers for Dr. Tutt’s Liver Pills, Dr. Tutt’s Expectorant, Dr. Tutt’s Sarsaparilla and Queens Delight, Dr. Tutt’s Improved Hair Dye and of course Dr. Tutt’s Golden Eagle Bitters, the main topic of this post. A few of those advertisements from New York are represented below.

Dr. Tutt first started in the drug business in Augusta in 1850 or so and soon moved to 264 Broad Street taking on Robert Henry Land as a partner with Wm. H. Tutt & Land – Druggists.  Dr. Tutt remained in the drug business until he moved to New York City in 1873 and engaged in the manufacture of proprietary medicines on a larger and broader scale. While in New York he retained his Augusta drug business as W. H. Tutt & Remsen. This was probably his wife’s father or brother as Dr. Tutt married Miss Harriet Remsen Bell in 1847. Although most of Tutt’s concoctions appeared to be manufactured in his New York plant, many bear Augusta’s name, indicating strong personal ties with his place of birth. Dr. Tutt moved his family back to Augusta in 1888 but continued his business in New York until he sold it in the mid 1890s.

On May 28, 1888 Tutt purchased the four acre Hillside estate of Mrs. Anna McKinne Winter in Augusta for $12,500. He would then build the Bon Air, as a summer retreat from New York for his family. This expansive four story Victorian inspired architecture would next become a winter resort for eastern millionaires and was named The Bon Air Hotel, opening on December 2, 1889, on the “Hill” overlooking Augusta.  Tutt was also instrumental in the development of the Augusta Canal. Dr. Tutt would die on March 15, 1898 in Augusta but is remembered today. 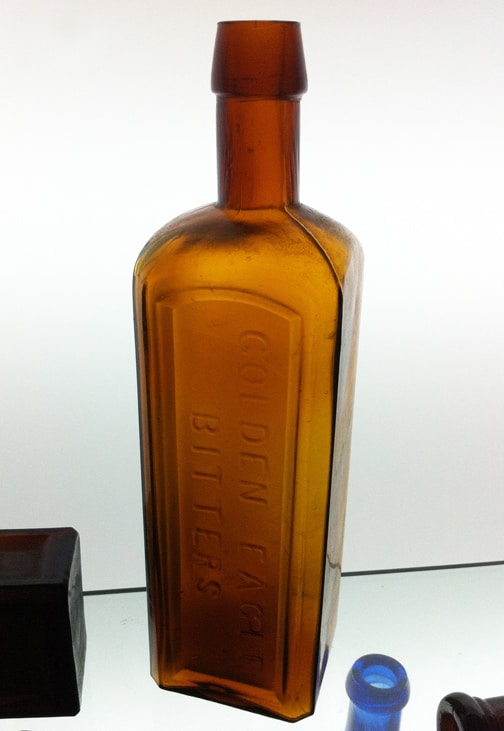 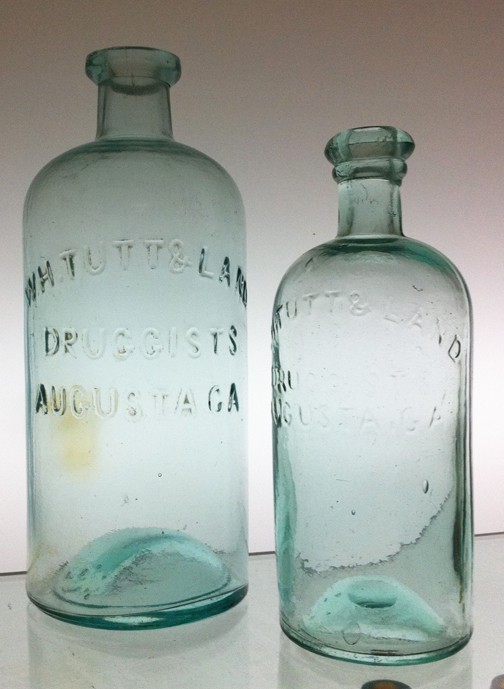 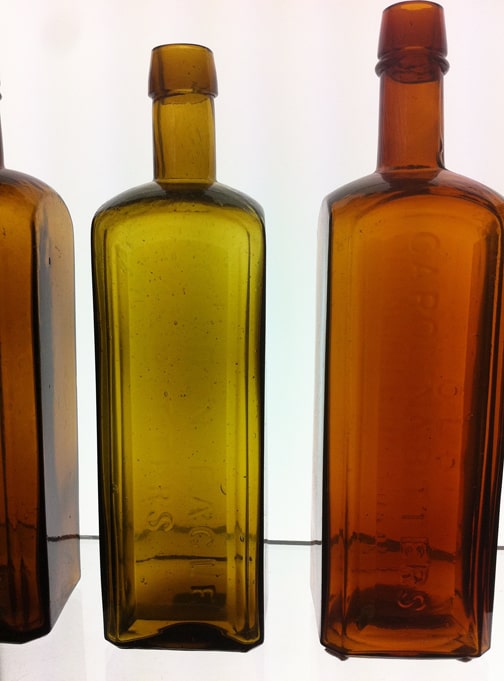 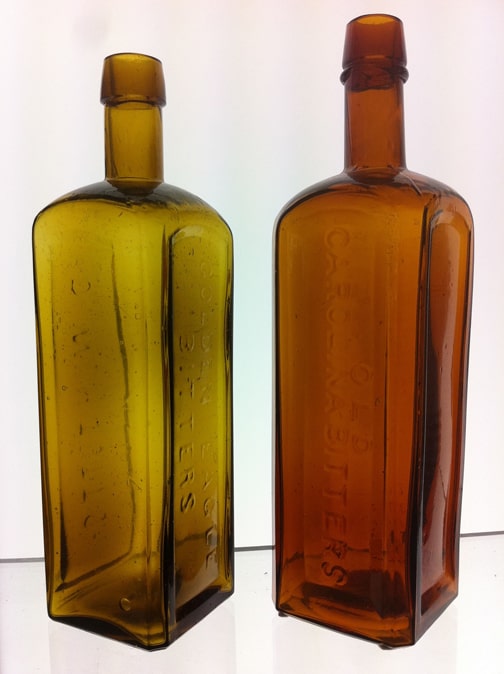 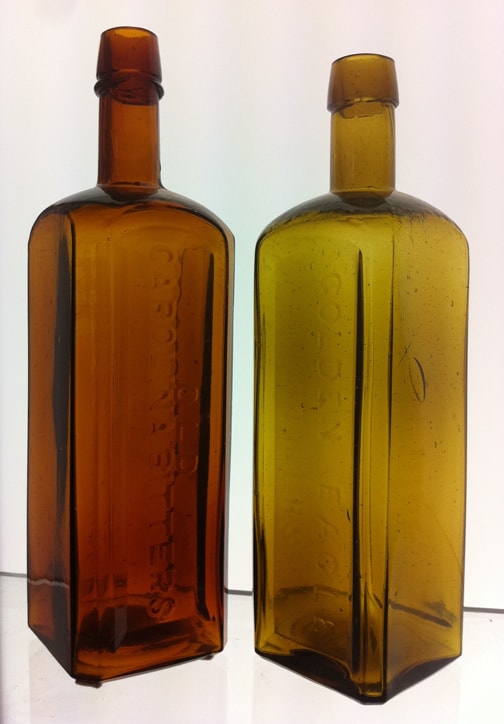 Ferdinand Meyer V is a native of Baltimore, Maryland and has a BFA in Fine Art and Graphic Design from the Kansas City Art Institute and School of Design. Ferdinand is the founding Principal of FMG Design, a nationally recognized design consultation firm. Ferdinand is a passionate collector of American historical glass specializing in bitters bottles, color runs and related classic figural bottles. He is married to Elizabeth Jane Meyer and lives in Houston, Texas with their daughter and three wonderful grandchildren. The Meyers are also very involved in Quarter Horses, antiques and early United States postage stamps. Ferdinand is the past 6-year President of the Federation of Historical Bottle Collectors and is one of the founding members of the FOHBC Virtual Museum.
View all posts by Ferdinand Meyer V →
This entry was posted in Bitters, Collectors & Collections, Druggist & Drugstore, Tonics and tagged Augusta, Bill Baab, bitters, Carolina, Charleston, Druggist & Drugstore, Georgia, Mike Newman, New York, Tonic, William Tutt. Bookmark the permalink.