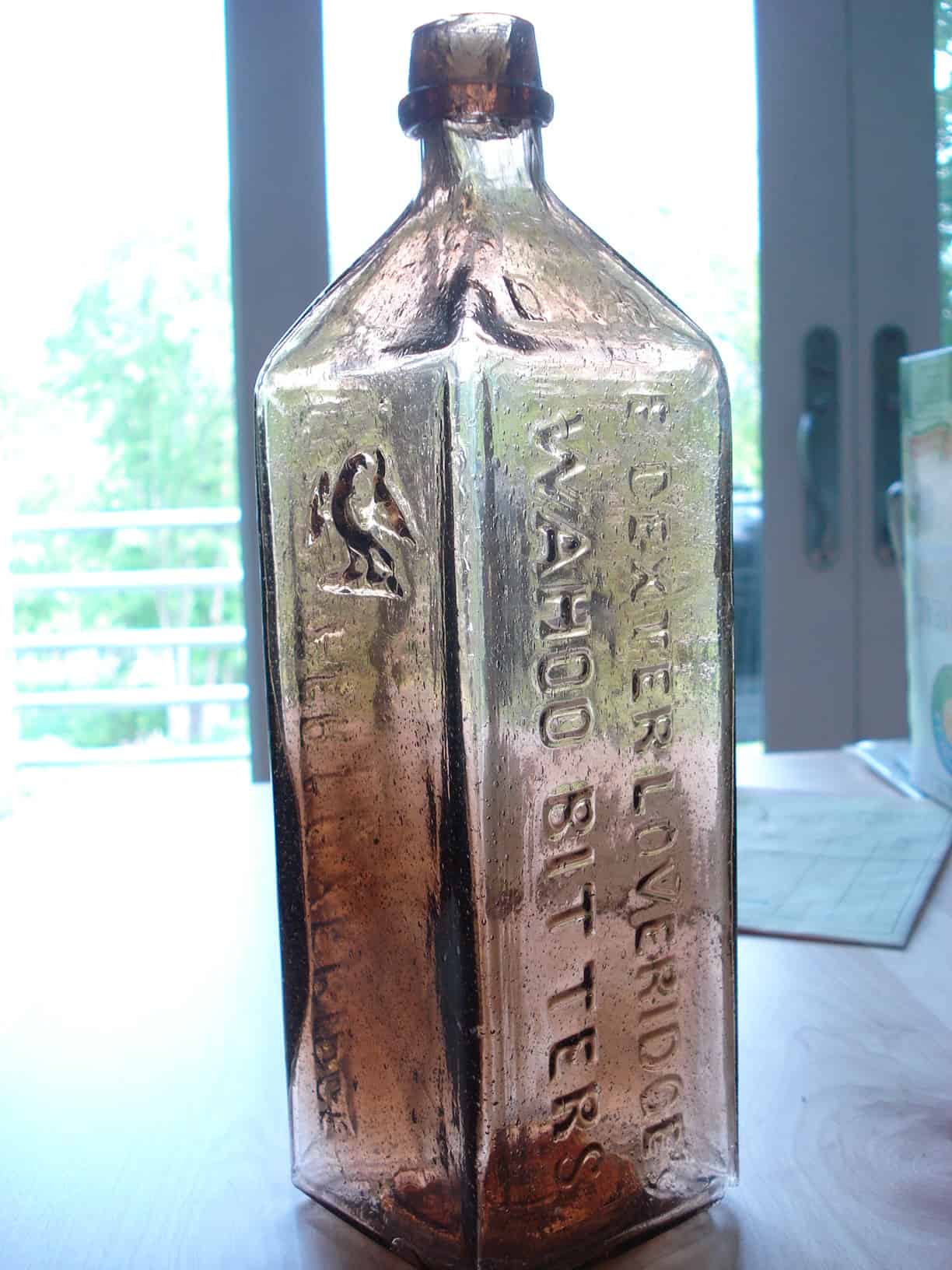 [PRG] In from Jeff Burkhardt…

I had just set-up at the Saratoga (Ballston Spa, N.Y.) show this past Saturday morning and walked into the adjoining show area to see what other dealers had put out. As I approached the table of a (then) unknown digger/collector from the area, a flash of incredible color caught my eye. My “computer” immediately dismissed the source of color as being “just”one of the pretty light puce DR SOULE HOP BITTERS; nice but not totally exceptional and not something I would buy. WRONG!

I quickly made a correction to my perception and realized it was a LOVERIDGE’S WAHOO BITTERS…in a color that defied reality. Now in the hands of another (Bitters) collector (oh crap!), I waited my unlikely “turn” at getting this WILL-O’-THE WISP into my hands. To my surprise, the other collector rather quickly moved to return it to it’s resting place on it’s folded terry-cloth towel. It never reached the towel… it never again left my hands, except to repeatedly show it to other collectors thru-out the day as the story of this remarkable find spread quickly among the dealers.

The pictures, taken quickly this morning, pretty much tell the rest of the story. Yes, there’s a 1/4″ hole in one corner, but it’s perfect otherwise and I’m just as excited about having this great find as I would were it perfect. Can you believe it was dug UNDERWATER …in Troy, N.Y. very recently. The digger/seller related that it “bobbed-up” once loosened,and  that he knew it had a problem when the bottle drained itself as he removed it from the water.

The COLOR? It’s un-real…it doesn’t seem like it should exist! They didn’t make glass in this color! Well apparently LOCKPORT or LANCASTER did…if only once!  The color defies use of typical adjectives such as puce, gasoline, peach, topaz, etc. It’s all of the above and NONE of the above, defying description. It just is…..INCREDIBLE and BEAUTIFUL! 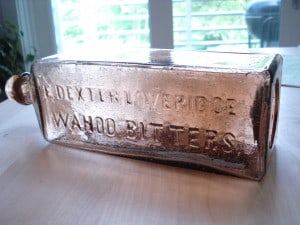 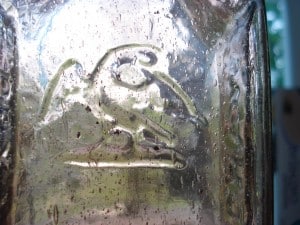 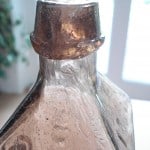 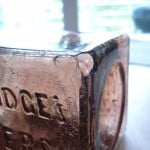